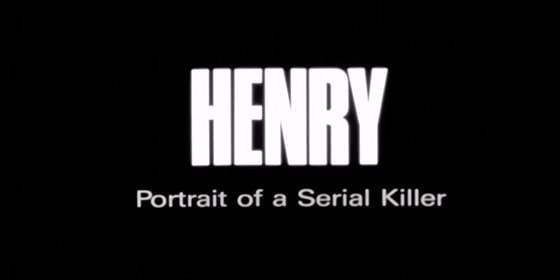 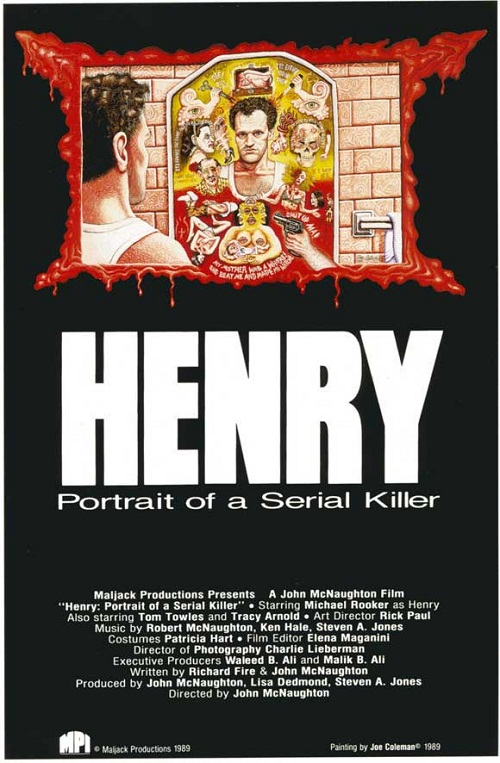 This evening, BAMcinématek is showing John McNaughton’s shocking, unforgettable HENRY: PORTRAIT OF A SERIAL KILLER as part of their Indie 80s series. Please understand: This is one of the most disturbing movies of all time.  Internet writing is full of overstatements, but that ain’t one.  In fact, let’s go ahead and make it a

DISCLAIMER: As much as I genuinely believe that HENRY is an important and valuable film, I blanch at being the one to lead anyone to watch it.  Most people can’t handle it.  That’s probably a good thing.  It’s not a movie to enjoy.  It’s a movie that looks closely at the very worst aspects of the human animal.  Be forewarned.

HENRY: PORTRAIT OF A SERIAL KILLER is a movie that looks like a documentary from hell, and feels like a horror movie, though technically it’s neither. It’s probably the best movie I’ve seen that I hope I never ever have to see again. It’s like a Satanic Polaroid, impossible to describe without the adjective “disturbing”. It’s awful and ugly, but that’s the entire point, and it should never be understood as anything but thoroughly effective and well-made. Like THE TEXAS CHAINSAW MASSACRE, it’s a triumph of craft that is so upsetting that it’s doomed to be dismissed for its content.

Shot on a miniscule budget in 1986 by Chicago director John McNaughton, HENRY wasn’t actually released until 1990, and when it was, it was slapped with an X rating by the MPAA. Frankly, that’s an accurate rating. No child should have to know that this movie exists, because no child should have to live in a world where the events where it depicts happen.  Giving this movie an R rating would have been like giving ROBOCOP, BATTLE ROYALE, or THE WILD BUNCH a G, and offering gummy bears with admission.

Henry Lee Lucas was a real person, a drifter who eventually died after being sentenced to life in prison. He confessed to more than 600 murders, though the number was certainly false. He was convicted of 11 murders, a horrid number which is more than enough killing as it is.  HENRY makes you feel the true weight of that number. The movie does not seem to have been made to entertain; it’s rare to see a movie make the act of murder seem as horrible as it should be made to appear.

It’s even more relevant today than it probably was back in 1990:  We are currently living in a modern culture where our most popular dramaticized television programs — CSI, NCIS, SVU, choose your favorite acronym — turn murder and rape into “procedurals,” with quirky coroner characters and stock techno music and vapid staff writers who comb the crime pages for plot inspiration.  We are not often pressed by American pop culture to consider how terrible and destructive that the violent acts of rape and murder truly are. McNaughton’s movie shoves the abominable, stinking, repulsive nature of these acts directly under your nose. 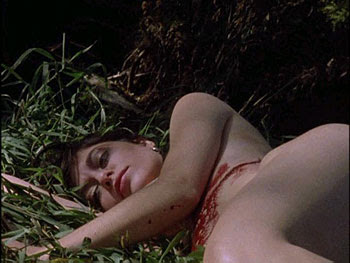 The inimitable Michael Rooker began his long, unusual, and impressive film career with the role of Henry.  I wonder how much it typecast him for almost every role to come – he is such a watchable and fascinating actor in everything he’s done, but has most often played deranged creeps and villains. (See him most recently doing his thing as a deranged racist redneck in AMC’s The Walking Dead, or as a blue-faced space weirdo in Marvel’s GUARDIANS OF THE GALAXY.)

In HENRY, Rooker holds your interest captive, even as his Henry shows less recognizable human emotion than the mask-wearing killer Michael Myers in HALLOWEEN. Rooker’s Henry has a charisma that begins to explain why his only friend, Otis — the equally great and equally typecast Tom Towles — is so committed to him.  Eventually it turns out that Otis has a literal attraction to Henry on top of his seemingly hypnotized fascination with him.  It’s a logical progression.  But that’s where logic ends. 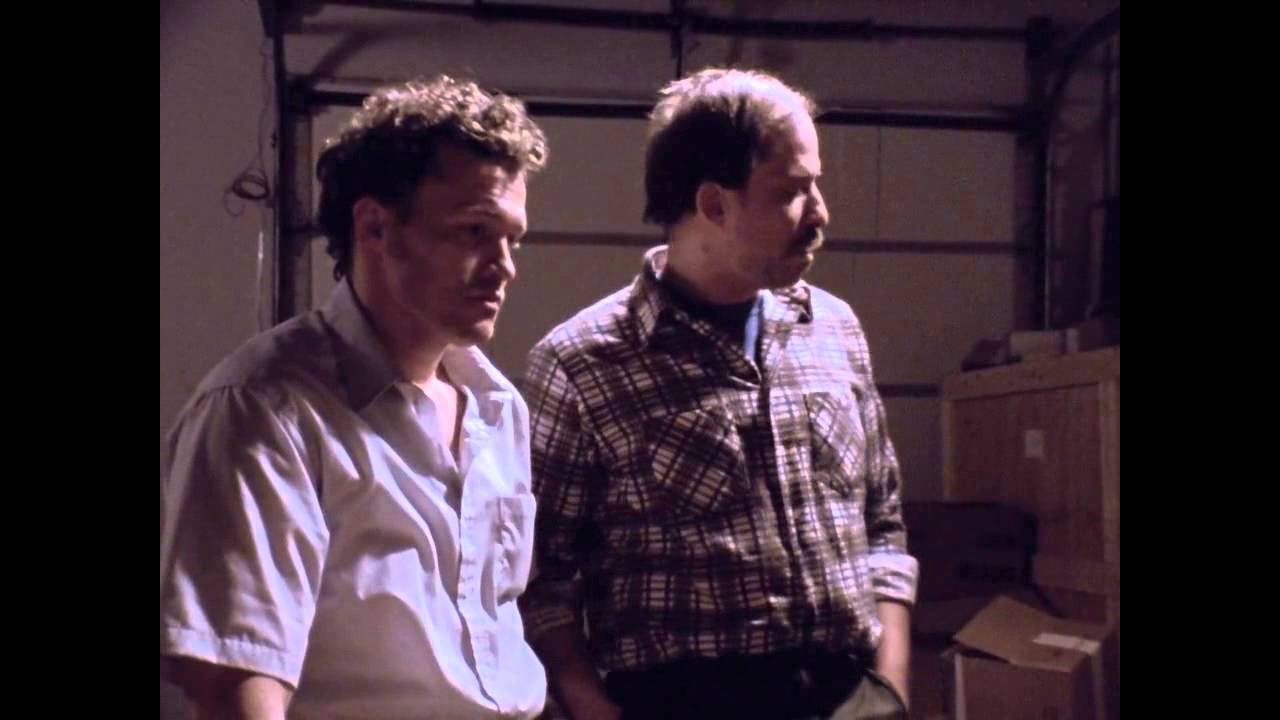 The story’s end begins when Otis’s sister, Becky — the underrated, unremembered, and unknown Tracy Arnold — comes to stay with Otis and falls in love with Henry, despite almost immediate awareness of Henry’s murderous nature.  Becky is like a mouse skittering around the floor of a lion cage, seemingly impervious and undeterred by the constant threat surrounding her.  In one of the few concessions this movie makes to dramatic convention…  that’s not bound to last.

Everybody involved in the making of HENRY: PORTRAIT OF A SERIAL KILLER was brave. They had to have known that if this movie worked, which it does, that it would shock and horrify audiences.  Some critics, such as Roger Ebert and the invaluable Dave Kehr, recognized right away the horrendous excellence of the film, and it gained a certain notoriety.  I was aware of this movie long before I ever saw it, and I was unprepared for how unsettling and how indelibly well-made it truly is.

Again, I have to lament how Michael Rooker and Tom Towles, while so beloved by a percentage of knowing genre fans, are so unrecognized for their work in this film — and for their work in those subsequent beloved genre films as well. Rooker is a fierce, bizarre talent (see, for example, SEA OF LOVE or SLITHER) and an amazing interview, and the late Towles is the kind of unforgettable face who always managed to bushwhack fans and regular folks whenever he would turn up in mainstream films, such as MIAMI VICE. Both of these guys, in HENRY and ever since, can be seen working at a level comparable to any of the world’s finest actors, but then again, the Motion Picture Academy doesn’t frequently give out awards for true bravery.

If you yourself are feeling brave, you can track down this movie. It’s a lot easier to do these days. Where once HENRY lingered on a ratings board shelf for four years, and I clearly remember being a kid and seeing the box art as it haunted the very top shelves of the VHS racks (up where SNUFF and FACES OF DEATH were), I was recently able to watch it on Netflix Instant. I guess for every way that times change for the worse — note the aforementioned popularity of certain TV shows — there is another way in which times change for the better. Arguably.  At the very least we can get to great films with more ease.

But seriously, and let me repeat the warning — no one’s kidding about that X rating.