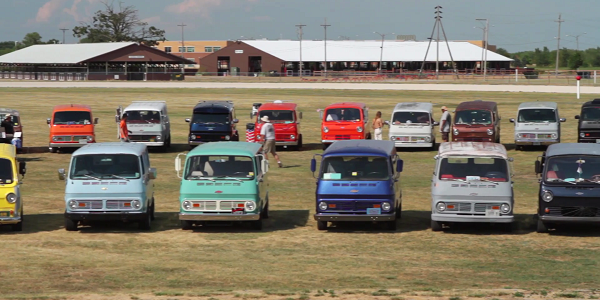 Save for my viewings of films from the brief period of time in which vans were so popular that they became the basis of film plots (a trend named by Jason Coffman as “Vansploitation” in his write-up on the movement), I know nothing about van culture.  (Except that I love Krieger’s vans on “Archer,” but then, who the hell wouldn’t?) When I think of depictions of vans that aren’t throwbacks to an earlier era, I keep coming back to the shady, ill-kempt vans that inevitably end up as plot points on “CSI” episodes, a less-than-subtle hint that a character is clearly a murderer/rapist/jaywalker because, well, they own a creepy, run-down van.

That image is addressed early on in VANNIN’, a new documentary directed by Chicago filmmakers Nick Nummerdor and Andrew Morgan, by one of the film’s interviewees at the 40th annual Van Nationals in Elkhorn, Wisconsin.  Thoughts of a well-worn grey minibus with the words “free candy” scrawled on the side in red paint are quickly countered by the vibrant culture on display at the festival, a gathering of folks who congregate annually in order to celebrate the wonderful (and declining) world of vans, all maintained with the love that only an obsessive collector can give.

The film consists primarily of interviews with the festival’s attendees, a wide-ranging batch of people in gender, age and race.  All of them share one thing in common – the love of their vans – and they come together out of tradition to eat, drink, party, do the occasional whippet and give out awards to the best vans on the road.  Substitute “van” for “horror movie,” and you’ve essentially got the same set-up as any given horror con, though those who go to the Van Nationals tend to get a little bit more sun. 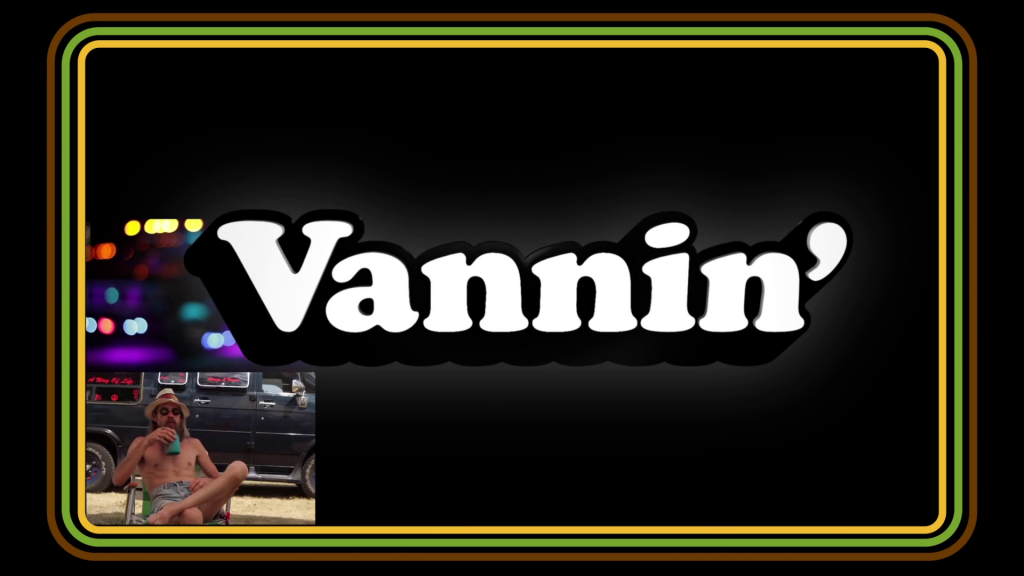 The age range makes for some genuinely interesting commentary, both on the vans themselves and the history of the culture.    Some of these folks have been attending these events and keeping their vans for decades, and they’ve got the knowledge of the fandom’s history to prove it.  In between discussions of the inspirations for the artwork they all have airbrushed onto the sides (varying from Ted Nugent to STAR WARS) the older members of the group regally talk about the heyday of the scene, and how they’re happy to see the younger people taking up the van-handling lifestyle.

With the exception of the occasional heard question from the off-screen interviewer, the focus of the film is entirely on the interviewees and the vans they admire, with the speaker positioned in front of their favored mode of transportation.  We also get some drinking pointers and the occasional round of karaoke (featuring a memorable version of Celine Dion’s “My Heart Will Go On”) along with plenty of footage of the vans themselves. 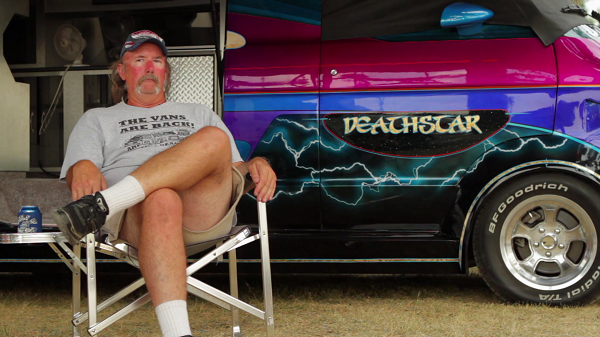 There was a reason Kelso owned a van on “That ‘70s Show,” a series that admirably felt loyalty to the truthfulness of the era without feeling as though it needed to name-check every pop culture phenomena of the time (see also “Freaks and Geeks”).  Van culture was huge in the ‘70s, and vans quickly became a sign of a good party, much to the chagrin of the more mainstream-focused National Street Van Association (NSVA) that brought in major dealers like B.F. Goodrich into the mix and instigated rules on the attendees.  A separate group, referring to themselves as the “2%” (based on the idea that the “bad eggs” represented only 2% of van owners) split off and formed their own traditions, and it’s those unabashed, less-restrictive traditions that continue today.

It’s a history not that different from that of skateboarding as detailed in Stacy Peralta’s DOGTOWN AND Z-BOYS. Directors Nummerdor and Morgan expertly utilize vintage footage of the events with the interviews from their modern-day incarnation, creating a fascinating look at a culture that went from phenomenon to niche over time. 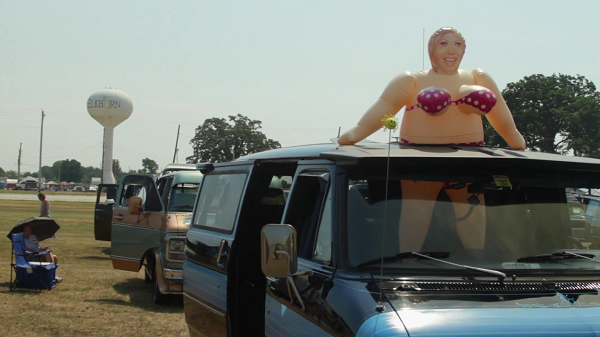 Like collecting arcade games or VHS tapes, the van culture is one with an eventual expiration date, as the objects of the fans’ affection are only negligibly still being produced, if at all.  VANNIN’ provides a great look at a world I’d only known about tangentially, energetically presenting it as a welcoming world that I’m glad to get a glimpse of.

VANNIN’ screens at the Patio Theater in Chicago this Saturday along with a special secret screening from a 35mm print, with a discussion with the filmmakers and participants following the show.  Click here for more information on the screening and here for updates on the film. 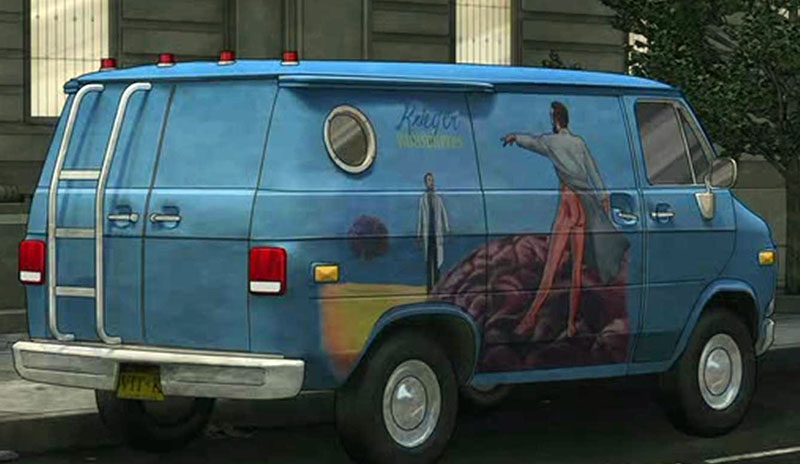