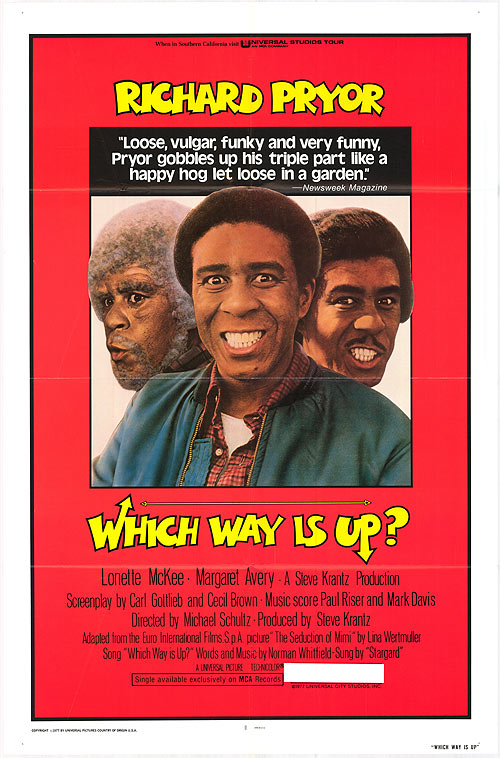 WHICH WAY IS UP? was directed by Michael Schultz (who also worked on COOLEY HIGH, CAR WASH, KRUSH GROOVE, THE LAST DRAGON) and co-written by Carl Gottlieb (who also worked on JAWS, THE JERK, DOCTOR DETROIT).  Both of those names can usually bring me over to a movie on their own, but today we are looking at this movie in particular because of Richard Pryor. 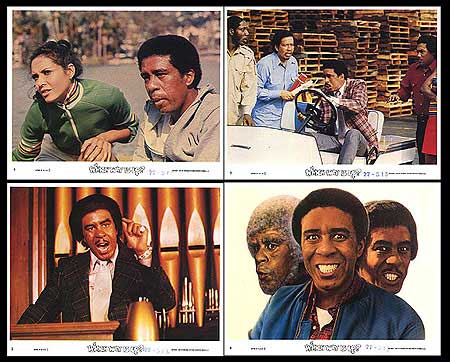 Richard Pryor holds a secure place in the pantheon of America’s greatest comedians, but it can be argued that movies never quite served Pryor the way he deserved — the best examples of his brilliance can be easiest found on his stand-up records.  That’s the stuff I personally got around to hearing much later on in life.  Like many of my generation, I first saw Richard Pryor in 1979’s THE MUPPET MOVIE, also the first movie I ever saw.  He plays the guy at the state fair who sells Gonzo the balloons that Gonzo ends up flying away on. 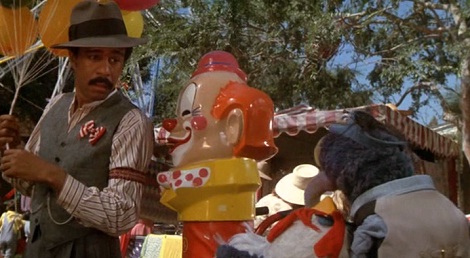 After that, I saw Richard Pryor in THE WIZ and SUPERMAN 3, and whatever you want to say about those movies, neither one of them are comedic highlights. (I also saw THE TOY a bunch of times on HBO, too, but that one never seemed quite right to me.)  The movies Pryor made with Gene Wilder have their charms, some more than others, but none are quite as indelible as they might have been.  Well, one almost was — Pryor was originally supposed to be in BLAZING SADDLES.  But I didn’t know that.  If we’re talking about my awareness of Richard Pryor in my younger years, it was mostly this: 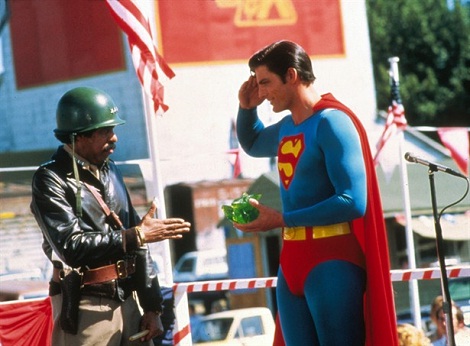 By the time I was an adolescent, I was a full-fledged Eddie Murphy devotee, so I would have watched Pryor next in HARLEM NIGHTS, which isn’t a classic movie by any stretch, but a noteworthy one: Eddie Murphy made it so he could work with his two idols, Redd Foxx and Pryor.  The movie is an important way-station connecting three generations of great comedians.  Some years later, I decided to go back and start educating myself on Richard Pryor, listening to and loving his albums, and reading his underrated autobiography, Pryor Convictions.  And eventually that path of exploration led me to WHICH WAY IS UP?, which is an intriguing, under-seen part of the Richard Pryor canon. 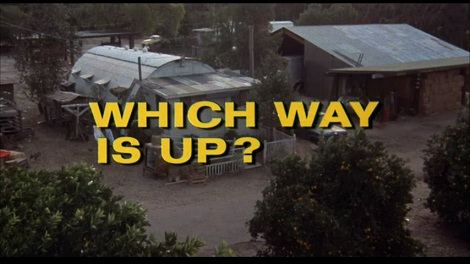 In WHICH WAY IS UP?, Pryor plays a poor orange picker named Leroy Jones, a hapless husband and father who accidentally becomes the face of a controversial labor movement, and is run out of town by anti-union corporate goons.  He heads to Los Angeles, where he becomes obsessed with a beautiful woman (Lonette McKee), who insists that, if he wants to be with her, he refrain from making love to to his wife.  Leroy agrees, and begins a double-life and a dual relationship — one of them suddenly sexless.  Because Leroy won’t be with her and won’t explain why, his wife takes up with another man, a lecherous preacher (also played by Richard Pryor).  At that point, Leroy’s jealousy kicks in and he tries to seduce the reverend’s wife.  Chaos escalates. 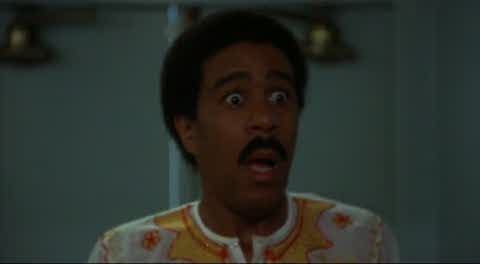 It was really fascinating to watch this movie while thinking of the two great American comedians who have [arguably] been most influenced by Pryor — Eddie Murphy and Chris Rock.  In Which Way Is Up?, Pryor plays three characters, hapless Leroy Jones, the adulterous preacher, and also Leroy’s elderly father, a role in which he steals the entire movie away from himself. 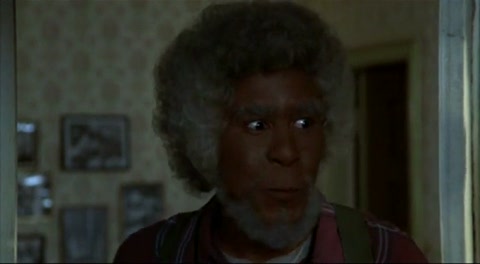 There’s no way that Eddie Murphy didn’t see this movie.

Pryor had the same facility Murphy does for playing multiple characters, ones which were right at the border of caricature but still possessed of recognizable behavior.  (Character work was actually one of the foundations of his stand-up.)  There’s also a sexual frankness and a real rage that course underneath Pryor’s performance in this movie, both traits that I think exist as an undercurrent in Eddie Murphy’s best work. 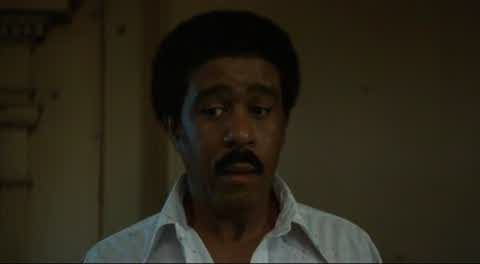 WHICH WAY IS UP? also made me think of Chris Rock, more specifically of the movies that Rock has made himself.  Just as WHICH WAY IS UP? is an adaptation of an earlier Lina Wertmuller movie, Rock also chose to remake a European film when he adapted Éric Rohmer’s CHLOE IN THE AFTERNOON into 2007’s I THINK I LOVE MY WIFE.  It also shows that Pryor was a comedian who was interested in making film comedies with a social context, which Rock most definitely is.  (Note how Rock’s black-president comedy HEAD OF STATE pre-dated Barack Obama’s presidency by five years.)  You can argue that Pryor’s movies, like Rock’s, aren’t nearly as blisteringly brilliant as their stand-up routines, but that isn’t the point I’m making.  My point is that there is the same uncommon perceptiveness and risk-taking spirit present in the work of both comedians. 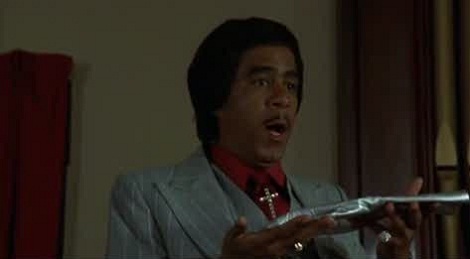 By the way, WHICH WAY IS UP? is also pretty damn funny.  It’s not the most consistent comedy I’ve ever seen, but when it’s funny, it’s funny by a lot.  Pryor was nearly as good a physical comedian as he was an agile mind — check out the scene where a posse of crackers asks his character if he’s the Leroy Jones who started the labor rally and Pryor scrunches up his face (to look like a different person) and tells them ‘No, but you should go look down the street for him.’

Pryor’s seduction techniques, such as when he’s wooing his Los Angeles lady love, or trying to rope in the minister’s wife, are insanely funny, and there’s nothing like the expression on his face when his hard-up wife starts trying increasingly kinky methods to get him interested.  I don’t want to ruin all the movie’s jokes, so why don’t you check it out if you haven’t done that already?  In fact, you can do it tonight! 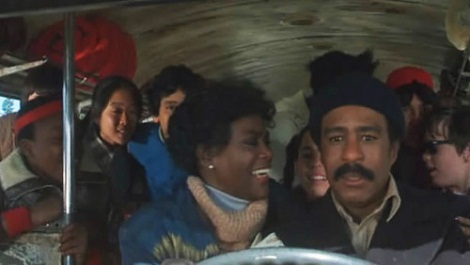 At 7:25pm, WHICH WAY IS UP? is screening at BAMcinématek as part of a double-feature with BREWSTER’S MILLIONS.  I’m not as well equipped to talk about BREWSTER’S MILLIONS as I should be, considering that it was directed by Walter Hill and pairs Richard Pryor with John Candy.  But one way or the other, that’s a fun night at the movies, and as a bonus, WHICH WAY IS UP? will be introduced by Nelson George, an author and filmmaker (he wrote CB4 with Chris Rock!) who wrote this piece on race and the 2012/2013 Oscar season. 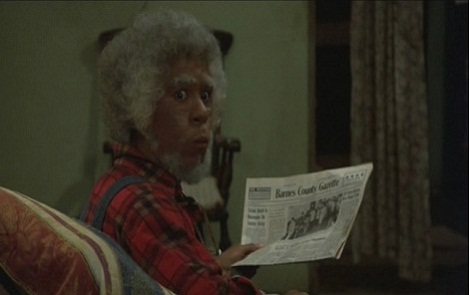