There was a news story at some point last year that suggested Sean Penn would be doing the Liam Neeson and John Travolta exercise of starring in his own European-set action film. No doubt hoping it would see the success of TAKEN and not the suck of FROM PARIS WITH LOVE. Both films were directed by Pierre Morel who has mixed resume. TAKEN was good, FPWL wasn’t, and his directorial debut, DISTRICT B13, was fun but forgettable. However, none of those films had Penn, who is still one of the greatest living actors we have. Which brings us to PRONE GUNMAN, a new film being directed by Morel and starring Penn.

The film, written by Peter Travis (DREDD), is an adaptation of the novel by Jean-Patrick Manchette novel that tells the story of Martin Terrier, a hired killer who wants out of the game and a ruthless organization that refuses to let him go (click the cover art below to order the book). Penn isn’t the first choice for an action role, but I have to admit the idea of the guy throwing fists and bullets is pretty cool. Penn was last seen in GANGSTER SQUAD which although people punched the shit out of it and it bombed at the box office, I had blast with. Yeah, it was loud and dumb but it delivered the goods and was full of fun performances. Sometimes you want steak and sometimes you want a cheeseburger, and that flick was dripping with grease, you dig?

In other news, for those literary types, check out Jean-Patrick Manchette novels. They guy has a sly noir style that sucks you in quick.

We’ll let you know when things get moving on this film. 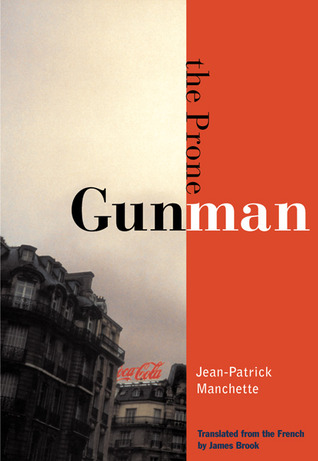