Special editions of four Italian horror classics are on their way from Synapse. One of our favorite labels had a quiet end to 2012 but it sounds like they are back in a big way to make a dent on 2013. Fangoria grabbed a quote from Don May Jr. on the titles he just acquired, and pal o’mine, it’s all kinds of cool…

Synapse just acquired Lamberto Bava’s DEMONS and DEMONS 2 in addition to Dario Argento’s TENEBRAE and PHENOMENA. Of course what’s interesting about this line-up is that Lamberto Bava (son of Mario) served as an assistant director with Dario Argento on TENENBRAE (Argento also produced DEMONS and DEMONS 2), so we’re getting a really cool pack of films that have a lot of history.

“We’ll be releasing Blu-rays and DVDs of all four in 2013,” President of Synapse Don May Jr. told Fangoria. “We’re getting better hi-def masters of TENEBRAE and PHENOMENA, and we’re fixing the timing and color errors that were in the previous Blu-rays of the DEMONS films. Right now, Calum Waddell and High Rising Productions are working on supplements for DEMONS and DEMONS 2. They’re putting together all kinds of stuff for us on those two, with the participation of Simon Boswell, Alan Jones, Federico Zampaglione and Roy Bava, and many more to be announced. We haven’t started on the TENEBRAE and PHENOMENA extras yet.”

Dig that good shit, Bastards! We’ll let you know more as it comes in. 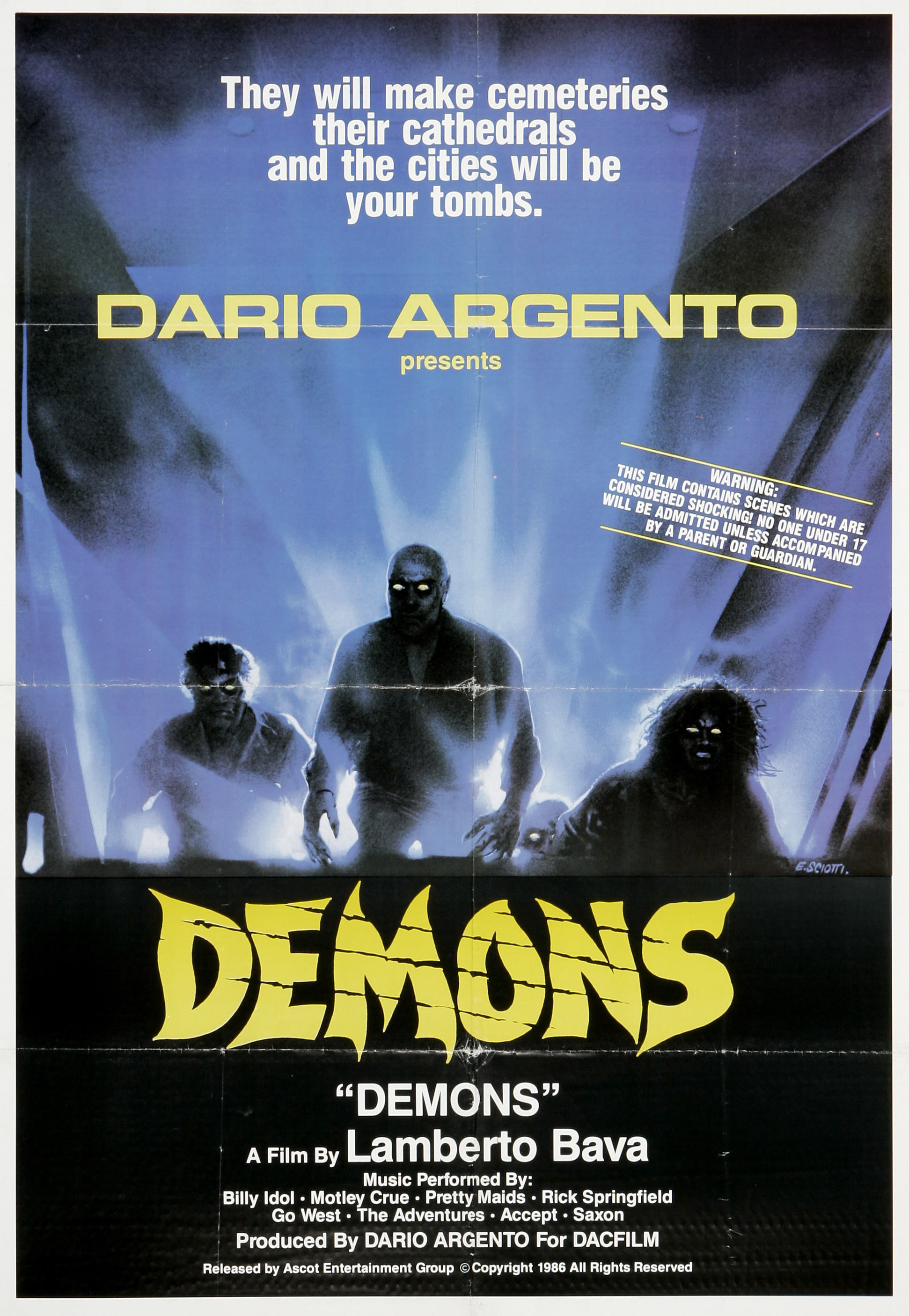