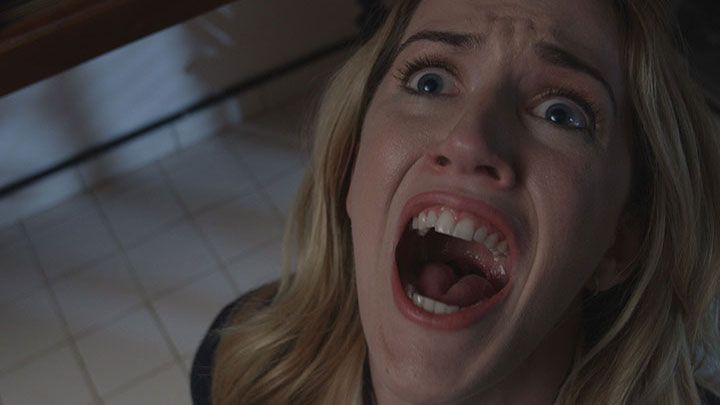 Because there is so much joy in discovery, I hesitate to say too much about FEEDING TIME other than to state that is was my favorite short film I saw on the festival circuit last year. Instead, scroll down, watch the film and then come back for just a little bit of fanboy gushing on my part.

Done watching? Good. Writer/director Matt Mercer is a veteran of the genre trenches as an actor and he brings to FEEDING TIME the affection for the horror genre that only a true fan can tap into. More specifically, he shows the genre love of someone who grew up on a combination of Joe Dante horror-comedies, low budget Charles Band productions, and the run of favorite horror and sci-fi flicks like NIGHT OF THE CREEPS, Q, and PHANTASM that seemingly played on a loop on HBO in the early to mid ’80s.

With a wry, sincere lead performance by Stacy Snyder (who feels like a real find here), fun supporting turns by genre pros Graham Skipper and Najarra Townsend, and surprisingly gruesome makeup effects by Josh Russell and Sierra Russell, FEEDING TIME is a pure burst of fun and old school creepy horror that maintains its entertainment value with every viewing. I hope you enjoy it as much as I do. 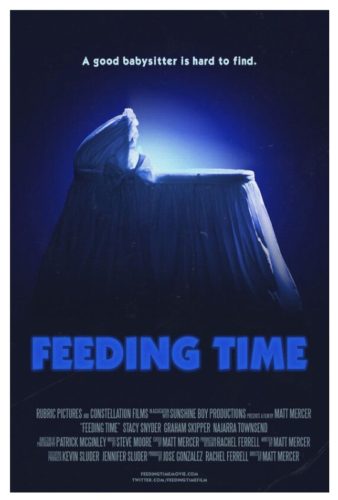