The sixth Chattanooga Film Festival is being held April 11-14, 2019. While the only film announced so far is a special screening of CREATURE FROM THE BLACK LAGOON, the festival organizers did spring a load of special events and guests that will be awaiting the hordes of genre film lovers set to descend on the small Tennessee city. 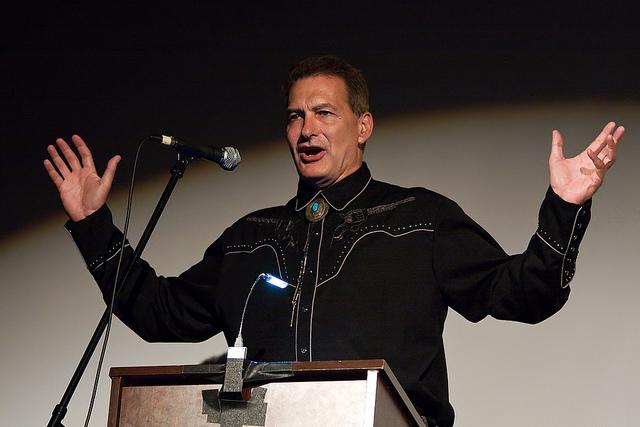 Rob Galluzzo, Elric Kane, Ryan Turek, and Rebekah McKendry will be doing a live recording of the Shock Waves podcast and will also host their Dead Right Film Trivia contest. Screenwriter and novelist C. Robert Cargill will serve as the dungeon master for what promises to be an epic game of Dungeons and Dragons and will do a live episode of the Junkfood Cinema podcast with co-host Brian Salisbury. The Everything is Terrible crew will be on hand for one of their live shows. And, of course, the festival will also celebrate the return of Joe Bob Briggs doing one of his famous presentations (the subject of which is still secret).

Having attended the Chattanooga Film Festival in the past, I can attest to how much fun it is and how good the selection of films are. DAILY GRINDHOUSE will be there again this year, covering the madness for all of those unlucky enough to miss out.

Check out the press release below for full details.

Chattanooga, Tenn. (February 7, 2019) – With just over two months until the Chattanooga Film Festival’s sixth installment, organizers have got some cat filled bags and are hankering to let a few of those cats out.

First up, the triumphant return of EVERYTHING IS TERRIBLE. Every time they come to Chattanooga their show has sold out and folks have had to be turned away. Get ready to laugh, cry and stare directly into the abyss only to realize “OH SNAP, it’s staring back and it feels kinda nice.”

The film CREATURE FROM THE BLACK LAGOON has long been near and dear to CFF executive director and lead programmer Chris Dortch II, but it turns out that there’s more to the story behind the film’s iconic monster and the talented woman who designed it. Not only will CFF present a special screening of CREATURE FROM THE BLACK LAGOON, but is proud to announce a presentation by author Mallory O’Meara, whose new book “Lady from the Black Lagoon” sheds light on the legacy of a forgotten and overlooked cinema hero.

As a teenager, Mallory O’Meara was thrilled to discover that one of her favorite movies, CREATURE FROM THE BLACK LAGOON, featured a monster designed by a woman, Milicent

Patrick. But for someone who should have been hailed as a pioneer in the genre, there was little information available. That’s because, as O’Meara soon discovered, Patrick’s contribution had been claimed by a jealous male colleague, her career had been cut short and she soon after had disappeared from film history. No one even knew if she was still alive.

As a young woman working in the horror film industry, O’Meara set out to right the wrong, and in the process discovered the full, fascinating story of an ambitious, artistic woman ahead of her time. Patrick’s contribution to special effects proved to be just the latest chapter in a remarkable, unconventional life, from her youth growing up in the shadow of Hearst Castle, to her career as one of Disney’s first female animators. And at last, O’Meara discovered what really happened to Patrick after The Creature’s success.

At last year’s festival they came, they saw and consumed enough whiskey that they are now a part of CFF’s extended family. Now bonded by blood, vomit and a love for spooky cinema, CFF is proud to announce the SHOCKWAVES PODCAST is back. Hosts Rob Galluzzo, Elric Kane, Ryan Turek, and Rebekah McKendry will return to record a live episode of their beloved podcast, and also bring their popular DEAD RIGHT FILM TRIVIA CONTEST to CFF 2019!

If you haven’t noticed after five years of drunken script readings and whiskey-fueled hot wing eating contests, CFF loves fun almost as much it loves movies. This year, organizers are taking things to a whole new realm (literally y’all) with a special live DUNGEONS AND DRAGONS game, made even more special with dungeon master C. Robert Cargill (SINISTER / DOCTOR STRANGE) leading the way. The icing on this fantasy-filled cake? A special screening of the new Dungeons and Dragons documentary EYE OF THE BEHOLDER: THE ART OF DUNGEONS AND DRAGONS. Dungeon master Cargill will also be on hand with co-host Brian Salisbury to present a live episode of their popular JUNKFOOD CINEMA PODCAST, a shame-free celebration of cult cinema.

In addition to working on CFF 2019, festival organizers have revamped their funding page, announcing individual donor tiers with rewards ranging from naming a festival award, a private film screening at the CFF offices, a batch of fresh baked cookies, and even access to their annual filmmaker field trip. As a nonprofit, CFF aims yearly to make a cultural contribution to the Chattanooga community, bring key film industry folks to the city in hopes of increasing film production in the state of Tennessee and create internship and mentorship opportunities in film production. Details on tiers and rewards can be found here.

Badges for CFF 2019 are on sale now via chattfilmfest.org, with prices ranging from $40 – $200. Volunteer applications are open through February 28 and press who are looking to cover CFF this year can apply for a credential through the website as well.

About the Chattanooga Film Festival:

The Chattanooga Film Festival loves everything about cinema: the films, filmmakers and audiences; the critics, collectors and curators; and most especially the popcorn. The first ever Chattanooga Film Festival was held in 2014, and has been quickly making a name for itself among film-lovers, filmmakers and the film industry and was named one of the 30 Bloody Best Genre Fests in the World for 2019 by Moviemaker Magazine.

We share films and events that are unique, challenging, critically significant and a helluva lot of fun. Our ultimate goal is to remember, discover and cultivate cinema worthy of everyone’s love and respect. As always, CFF is proudly continuing its mission to “Respect Cinema,” in hopes of increasing film exhibition, education and production in the state of Tennessee. 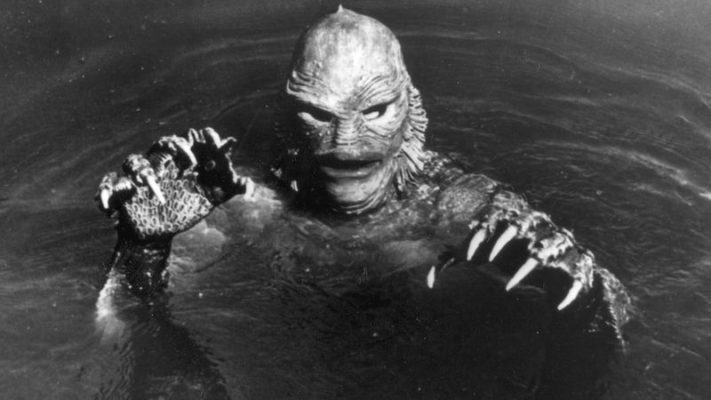