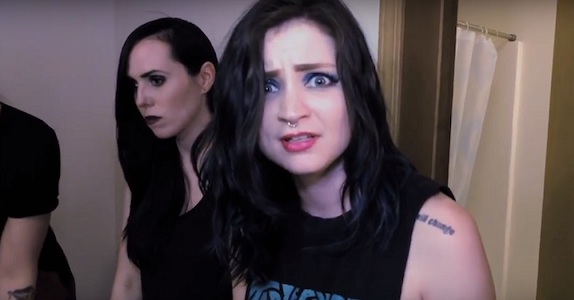 Full Disclosure: SLAUGHTERHOUSE SLUMBER PARTY is executive produced and scored by frequent Daily Grindhouse contributor Jason Coffman. As you can tell by the review below, that doesn’t spare it any criticisms. However, two of our contributors just happened to watch it and had vastly different opinions. To see what Jeremy Lowe thought, please read his review here.

SLAUGHTERHOUSE SLUMBER PARTY is about a group of girls who come to have, you guessed it, a slumber party. They get full frontal naked several times to have very unsexy pillow fights, talk about naming their titties, farting, and being really grating cliches of every subgenre of woman you could possibly think of with none of the tact that satire would offer. Then a demon is summoned and then most of them die, there’s a softcore sex scene, the demon dies, then the ghost of the demon dies, then they have to find out how to kill the demon AGAIN. 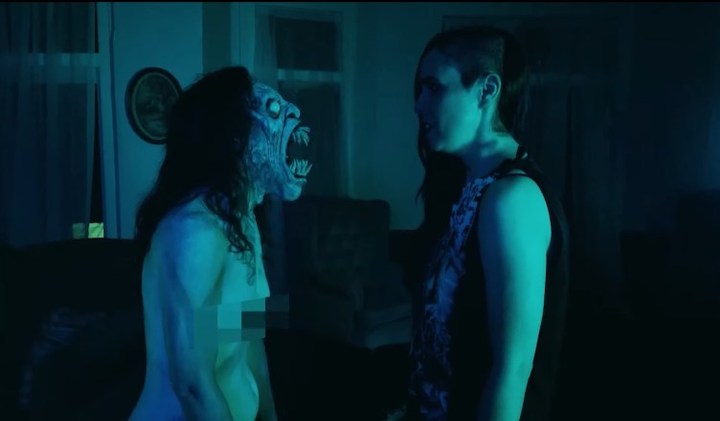 Now, yes, this is coming off as extremely harsh, but when your project is backed on Kickstarter with a completely different premise from the final film plot and all your backing percs are basically pornography, while also calling your movie an homage to BEETLEJUICE, GHOSTBUSTERS, and EVIL DEAD and not only is it zero of those things, but you straight up just lied? I will be harsh.

Oh and most of the actresses’ headshots are just nudes. 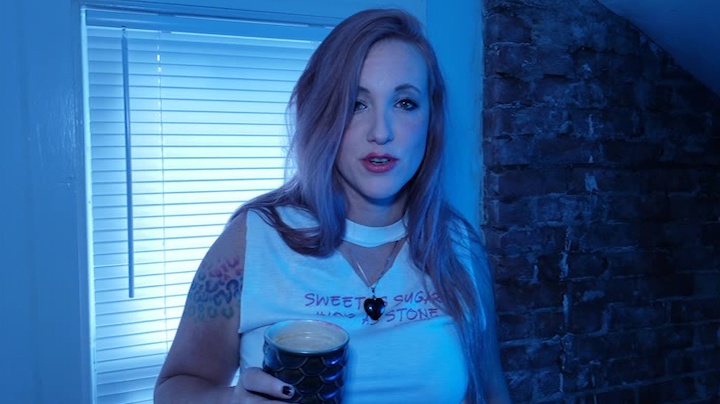 Now not to say that there isn’t a merit to these kind of films usually. Sexploitation exists; hell, TROMA makes their bread and butter off of it (their name comes from “Tits aRe Our Main Attraction,” after all) and RETURN OF THE LIVING DEAD is legendary for the strip tease—but these films are also entertaining regardless of the insane amounts of nipples on screen. This film just…isn’t.

The acting is dry, the camerawork is the shaky-est I’ve seen since VEROTIKA, and it wink-wink-nudge-nudges you so hard that it becomes honestly painful. I clocked in how long it took for me to check out and it was honestly within the first 20 minutes of an 85 minute runtime. 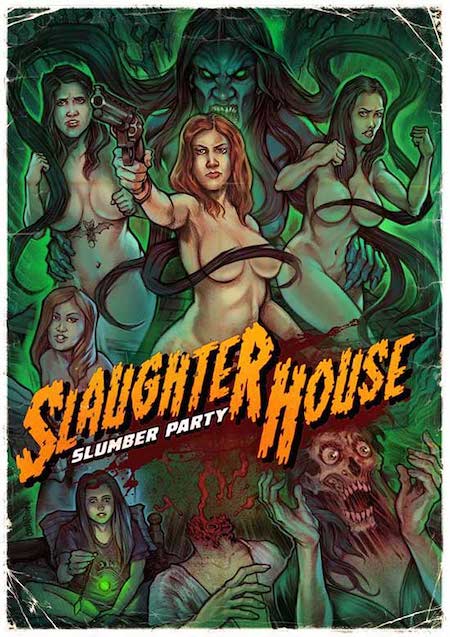 All these things I could forgive or be kinder about save one thing. Do not tell me in your movie, three times, through meta commentary, that I’m supposed to like your movie.

In universe there is a separate sexploitation series that most of the girls absolutely love. The heroine is full frontal and says quips about eating her ass at demons, the usual. There is, more than once, a desperate defense put in play by one of the girls that yeah the movies are shitty and the acting is bad and they’re really exploitative and sexist but the people who were making them were just trying so hard so of course people should like them, because who cares about the content? They tried? Nice try. But no. That is not how it works. 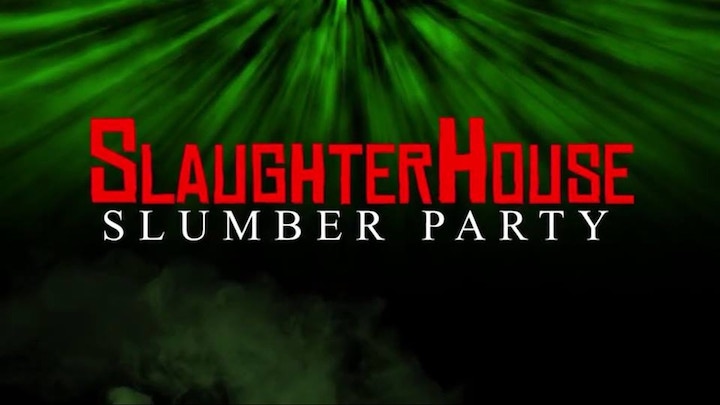 Not only that, but the one character who speaks up about how sexist and faux feministic these movies are, especially when mostly created exclusively by men, is cast as evil, called a cunt repeatedly by everyone else, and after she becomes possessed they are gleeful at re-killing her several times.

It reeks of desperation and insecurity when you murder your own critics in your own tits ‘n’ ass movie. Putting in dialogue trying to convince everyone that the irony of how crap something is makes it good does not mean you’re owning your schlock. Lloyd Kauffman owns his schlock. 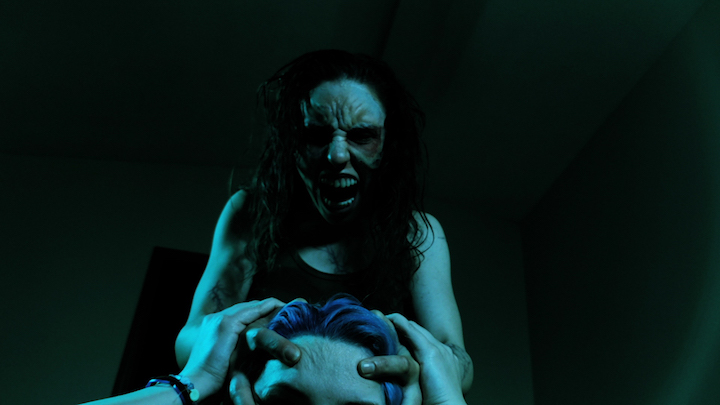 SLAUGHTERHOUSE SLUMBER PARTY makes it seem like there’s an underlying, desperate plea for people to allow the maker to enjoy their schlock. In the era of “comedians can’t be funny anymore” this hits right in the same ballpark and turned the film from run of the mill and boring to something abjectly frustrating and irritating. Add a climax that reverses almost 100% of the entire movie and the result ends up just being…”why?”