2019 was one of the best years for horror in recent memory. There was so much experimentation in medium, form, and content that I could go on for hours discussing it. Alas, It’s time to move into the new year of 2020 and all the spooky content it will hold. But first, here is my top ten releases in horror media for 2019 (in no particular order). 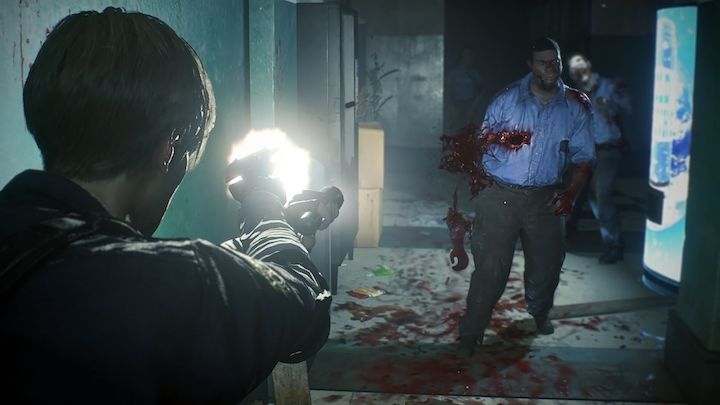 Very few horror properties are as legendary as the Resident Evil series. Going strong since the ’90s, the original title for the Playstation has gone on to spawn around 16 sequels and spinoff titles, a movie adaptation series (of nebulous quality…), comics and companion novellas, not to mention coining the term “survival horror” and helping create an entire genre for games.

A long standing fan favorite of the series has always been Resident Evil 2, so when the remake was announced, expectations were high, and then immediately blown out of the water. A master work in tone and atmosphere, the remake managed to take the familiar and give it new life with more intelligent zombie AI, beautifully disturbing gore, and a terrifying retooling of the imposing Mr. X.

This blended with the human characters being refreshed with improved dialogue, deeper character relationships, and a visual design that makes them more human than their polygonal predecessors, Resident Evil 2 Remake more than deserves its status as a contender for game of the year, and certainly belongs on this list.

Ari Aster continued to make masterpieces in 2019 with his second feature, MIDSOMMAR. A blend of PTSD, hallucinogens, and an overly friendly commune pulsating both literally and figuratively with sinister undertones, MIDSOMMAR manages to cultivate an atmosphere of unease and fear even in broad daylight and beautiful scenery. It delivers scenes that shock your system enough to be more than worthy successors of “The Light Post Car Scene,” and the subtle alterations on screen to represent the fluctuation of reality were more realistic than I’ve seen in most horror films, particularly in regards to not overdoing drug symptoms.

All this and an amazingly satisfying and brutal conclusion which made me quite happy if wer’e being honest here (“fuck youuuuu” was whispered under my breath many times in theaters), place MIDSOMMAR firmly on my top 10 list.

THE MUTE (aka KREW BOGA)

I have never needed a film to work on increasing its distribution range so much in my life.

I had the privilege of seeing THE MUTE at Cinepocalypse 2019. In a stacked roster of foreign horror, THE MUTE set itself apart in a big way, eventually winning several best in show awards. The somber, hauntingly beautiful film was a phenomenal commentary on the darkness of religious zealotry and evangelism, the fear and mistrust in interacting with an “other,” and the hypocrisy of the Church’s strictest followers.

I can count on exactly zero hands the amount of Polish horror films that have made it stateside prior to THE MUTE, and since my viewing it has been impossible to find it again. No physical release, no streaming, it’s not playing anywhere. It came in and vanished like the mounds of clay the pagan villagers mould into the face of their god, and it honestly grieves me that more people can’t see this right now. It’s the only horror piece this year to openly make me cry, and I wish others could see this, you have to see this. And hopefully, in time, this will be possible. 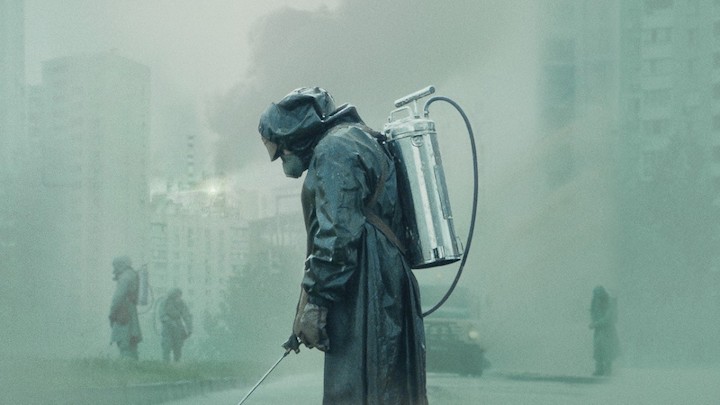 Yes this is technically not horror. Technically. But I defy you to ask anyone or read anything about HBO’S miniseries, Chernobyl, and not find anything about how horrific and deeply disturbing it was.

Chernobyl did not shy away from the horrors of Pripyat and the ravages of radiation sickness. Within the first episode you see men dying of it left, right, and center; vomiting blood, radiation burns on their faces and hands, men being forced to go look into the reactor as they know full well that it will result in an unimaginably painful death while their supervisors tell them what’s right in front of their face isn’t happening, no can’t be, and how dare they insinuate otherwise.

The horror of late Soviet bureaucracy casts its shadow over the entire series, long before and after we watch three of the radiation victims scream in agony as their skin melts off, lose their fluids, veins collapse so anesthetic is impossible, and in one case lose their entire face into a congealed mass of what was once their flesh. The specter of Reactor 3 is always visible in the background, spreading its poison across Europe, and the minimalistic soundtrack and almost oppressively throbbing sound design rivals the intensity of the ticking clock in DUNKIRK. To the click of the geiger counter, we can only sit there, helpless as the citizens of Pripyat, as we watched for five episodes the answer to the question:

“What is the cost of lies?” 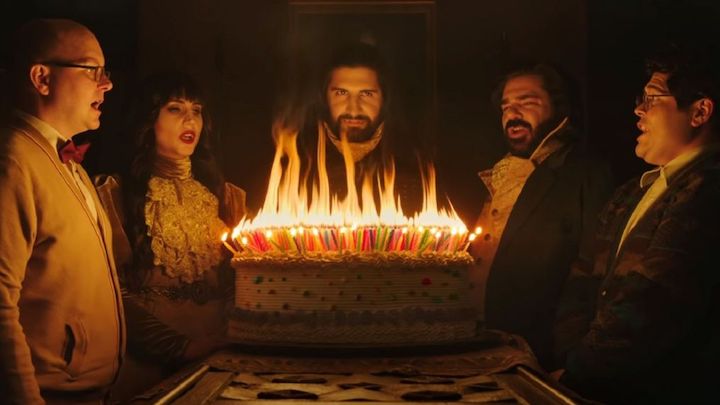 What We Do in the Shadows (FX)

WHAT WE DO IN THE SHADOWS is hands down one of the funniest horror films ever made. It’s lovingly tongue-in-cheek and reducing the normally hyper sexual or terrifyingly feral character of the vampire to squabbling, and kind of dim, flatmates in New Zealand was brilliant and it only gets better with each subsequent viewing. The spin-off series set in New York is no different.

The new vampire roommates are just as odd and idiosyncratic as the original four, and the addition of an energy vampire who feeds on you by being the most boring fucking person in the history of the planet was a hilarious addition to the formula. It had its share of fantastic surprises and set pieces as well, including a guest character played by genre staple Doug Jones, and the most incredible cabal of fictional film vampires I’ve ever seen and am not sure how it was actually accomplished on a practical (mostly scheduling wise) level.

I honestly can’t wait for the second season, and I’m so pleased we get to have more of Taika Waititi’s off the wall humor in the horror genre—hopefully for a very long time.

I genuinely believe it is impossible for any of Troma’s subsequent properties to out-weird MUTANT BLAST.

Where do you even start? The mutations caused by radiation to give a man a living rat for a hand that likes crackers and seeks its momma? The mutated lobster, Claude, desperately seeking the sea to return to his great love before going mano a mano with a dolphin in a hoodie? Them refusing to say zombies so they bleep it out like a swear word every time in dialogue?

I can’t even, guys. It’s streamable right now. I can’t go into much more without spoiling the insane jokes which this film is 90% comprised of. Just watch it. I’m telling you, watch it. 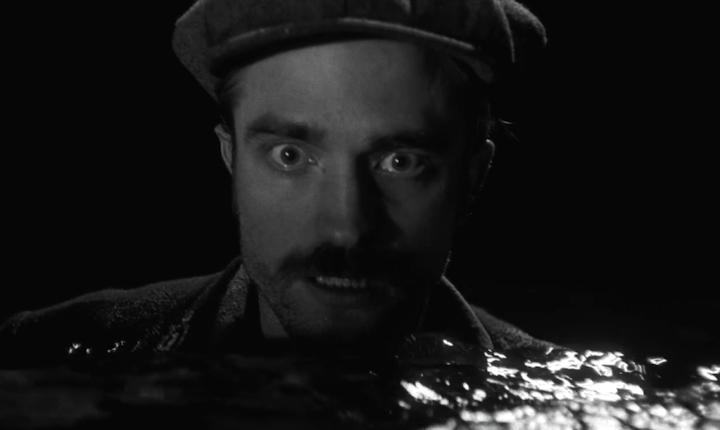 Speaking of weird, I’m still not entirely sure what the fuck happened in THE LIGHTHOUSE, as is intended, but I still loved it. The black and white, oppressive atmosphere evoked classic horror from studios like Hammer and old Universal, and the drunkenness and slow psychosis and fever dreams all combine to make the film wonderfully disorienting. Similar to writer/director Robert Eggers previous film, THE WITCH, it is hard to tell what percentage of what’s going on with the two lonely men that’s their own fault or the chaos of nature, and what may be supernatural or spiritual. This is bolstered by many sailor superstitions and soft spirituality being created to help deal with the chaos of the sea and over time, took on a life all their own.

It’s also worth seeing for Willem Dafoe’s powerhouse of a performance alone. Months after my initial viewing and his monologue is seared into my brain alone with his piercing stare and unsettling facial contortions. If he doesn’t get nominated for an Oscar, I will be genuinely pissed. [Spoiler Alert: He wasn’t.] He already got ignored at the Golden Globes, as horror commonly is. I hope this new renaissance of horror can change that. 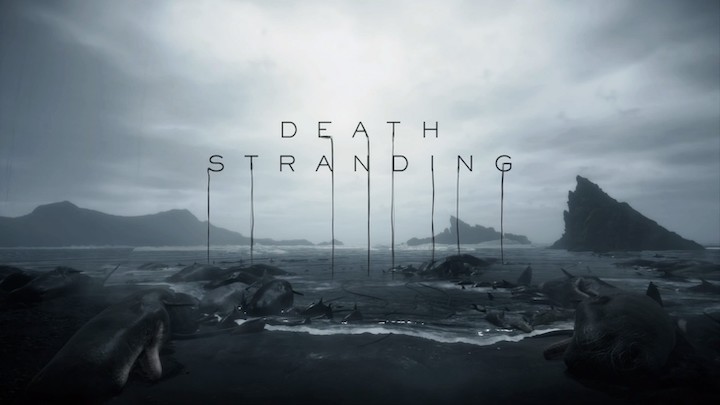 Another pick that, like Chernobyl, is gently on the honorary end of horror, but is definitely horrifying and full of all the elements that make horror great. There’s a suffocating isolation to backpacking your deliveries around a ruined United States as Sam Porter Bridges—your only company being Hideo Kojima’s impeccably curated soundtrack and the little half alive/half dead fetus you carry in an incubator on your chest.

The Beached Things, the primary danger and cosmic horror of the game, float in the sky, tethered to the ground in an awful way that looks half like umbilical cording and half like death by hanging. And yet, they’re disturbingly beautiful in the sort of can’t look away from the horror capacity I haven’t seen utilized to such a successful level since Silent Hill 4. For a large stretch of game, you don’t know what they are exactly, but you do watch someone pull out a penknife and hurriedly try to stab himself to death before they can take him.

In this tense isolation, there’s still beauty. The landscapes are soothing when they’re not a minefield of BT’s, and over time you develop an uncomfortable affinity to the barely alive fetus as it coo’s, giggles, and sometimes hums a lullaby. It was a wild journey we had, the little guy and I, and no one could have pulled that off (in my humble opinion) besides Hideo Kojima. Definitely check it out if you own or have access to a PS4.

Another Cinepocalypse 2019 pick that is now streaming on Shudder, BELZEBUTH is a fantastically acted and socially prescient possession movie.

The central conflict of BELZEBUTH hinges on the mother of a special child trying to get across the US/Mexican border to take him to safety as demons possess others near him in hopes of murdering him as they murder dozens of other children. Even those tasked with protecting him aren’t immune, and in the dark of the cartel smuggling tunnels, their faith and determination to get to safety will both be tested.

In an age where the US government increasingly paints refugees and undocumented migrants as dangerous monsters, a film like this showing innocent people trying to flee from the evil horrors at their back is an important narrative that could apply to to so many people that came here and made it, or tried and were thrown in cages, consumed by the same evil with a different face.

Come for the social commentary and acting, stay for the most visually spectacular possession scene since THE EXORCISM OF EMILY ROSE. 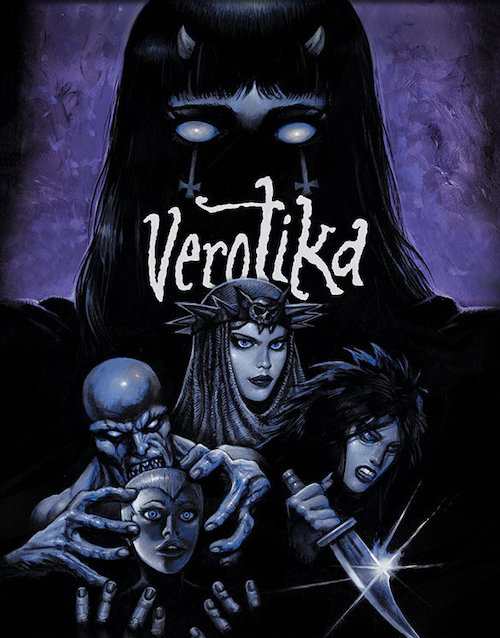 True crime horror is a hard balancing act to pull off, but as I said in my review of THE LAKE VAMPIRE at Windy City Horrorama, the film pulls it off beautifully. Weaving in depth flashbacks seamlessly with present day spirituality in Latin America and modern sleuthing, THE LAKE VAMPIRE is a thrilling and tense hunt for a vampiric serial murderer with a disturbing undercurrent of grooming and abuse and the painful futility of human effort in the face of fate.