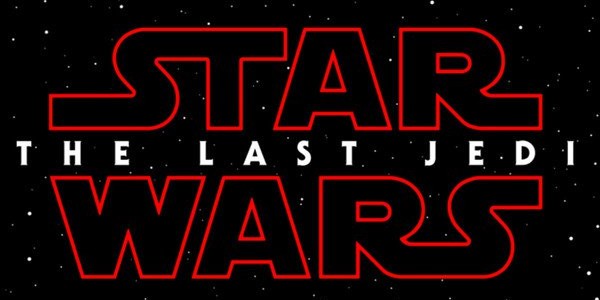 When writer / director Rian Johnson released the title of the new STAR WARS flick it was literally seconds before social media nerf herders began jumping to conclusions and losing their minds. It didn’t take much longer for a few different common fan theories to present themselves in people’s heads. I’m not sure if it’ll be interesting or just plain dumb to see the more crazier theories that will no doubt appear in the next few weeks before the first trailer.

One thing I’ve noticed is that the same formula set forth by Lucas in the other trilogies isn’t being followed. The title of the two first films, A NEW HOPE and THE PHANTOM MENACE, refer to a person. The second two, The THE EMPIRE STRIKES BACK and ATTACK OF THE CLONES, refer to an action. The final two, RETURN OF THE JEDI and REVENGE OF THE SITH point to a result. THE FORCE AWAKENS  refers to a person. Rey is the person whom the force awakens within, yet the title does not directly refer to her as the other two refer to Luke and Palpatine. THE LAST JEDI certainly doesn’t refer to an action. This is more of an observation than a complaint. I supposed I would prefer the good old Lucas formula, but THE LAST JEDI isn’t a bad title. 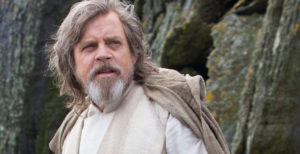 The main conclusion that people seem to be jumping to regarding the new title is that Luke may not survive EPISODE 8. This would make the title refer to Rey. There’s no doubt in my mind that the title refers to Luke. He literally is the last Jedi. It’s in even in the opening crawl of THE FORCE AWAKENS and I believe Snoke mentions it as well. Rey is not a Jedi. It’s very unlikely that Rey will even be a Jedi by the end of the film. Rian Johnson has said that this movie picks up mere moments after the end of the last one. Hell, even if Luke doesn’t make it through EPISODE 8 he’s STILL the last of the Jedi knights. 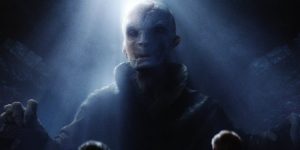 Another matter to be considered is that the word Jedi can be singular or plural. It’s not, “Look at those Jedis.” It’s, “Look at those Jedi.” Therefore, both Luke and Rey could be the last of the Jedi. I even read a crazier theory that the two of them encounter several other Jedi in the course of the film. I’m not too keen on that idea. Seems like an easy way out.

The other common theory I’ve noticed involves Rey turning to the dark side of the force. I can kind of see this being a “good idea” from a writer’s standpoint but I just don’t see it happening. While not exactly being an audience surrogate, Rey is pretty much the character that we are viewing the story through. We are vicariously experiencing the story and she is our main proxy. If Rey turns to the dark side then it’s all on Finn for the third film and I just can’t see that working.

On an odd side note, the red color used on part of the title font seems to hint that this may be a very dark film. Maybe the red subconsciously led many to the conclusion of Skywalker’s death. Only eleven more months before we learn which theory is true, if any. 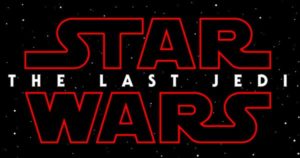