It’s a rare occurrence when a mash-up horror sub-genre effort makes a decent movie. When it’s done well, you can get a true masterpiece of genre cinema. Unfortunately, that is not the case with BONEHILL ROAD. I hate saying anything negative about an indie movie, but the genre mash-up in this film makes it feel like a mess with an identity crisis. 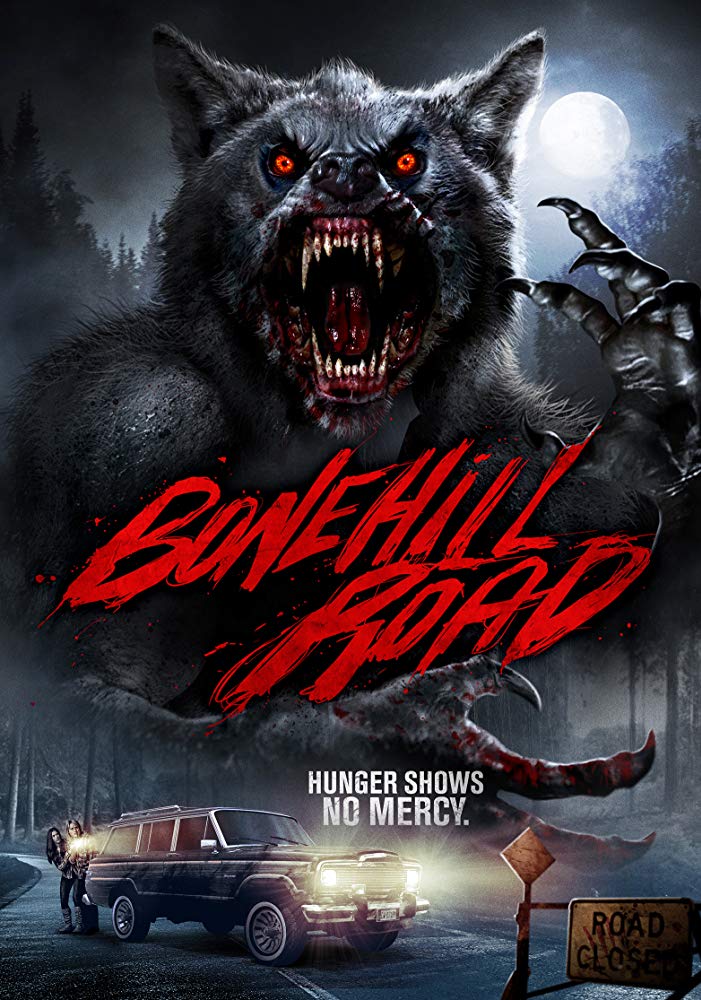 The trailer to BONEHILL ROAD makes it look like a straightforward werewolf movie. I haven’t seen a good werewolf movie in a decent amount of time, so I was excited to check this one out. Sadly, BONEHILL ROAD is mostly a mean-spirited, misogynist torture-porn affair, with werewolves sparingly thrown in. To say that I was disappointed is an understatement. 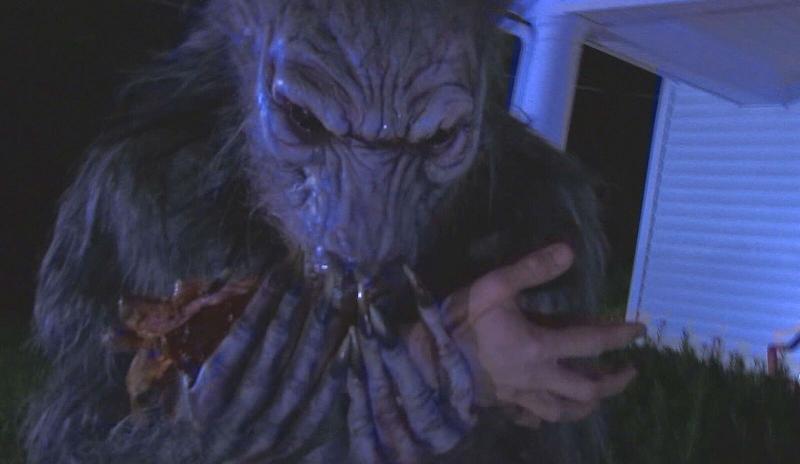 BONEHILL ROAD starts with Emily Stevens (Eli DeGeer) and her daughter Eden (Ana Plumberg) fighting back against their abusive father/husband and escaping a life of domestic abuse. They drive off into the night and seek refuge with Eden’s grandfather. 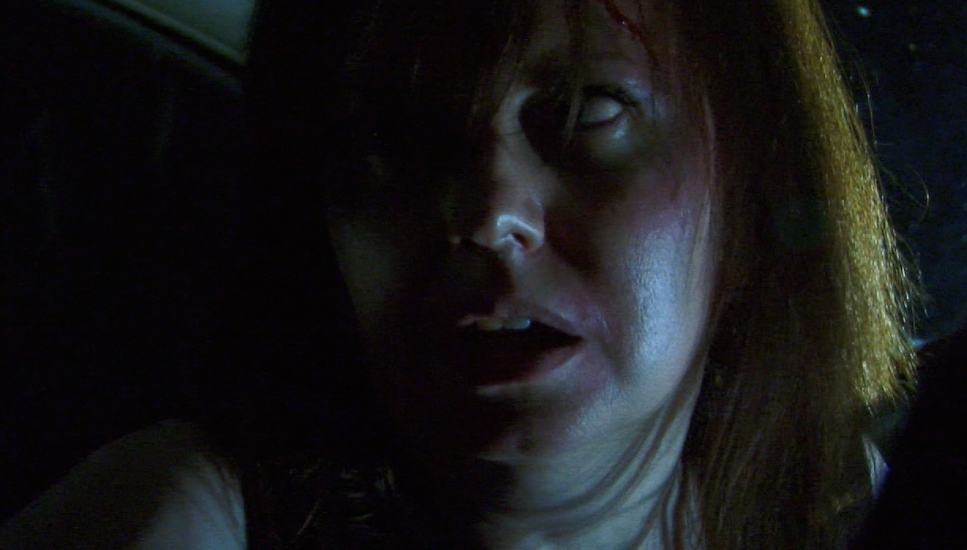 En route to Grandpa’s house, the tires of the protagonists’ car are slashed by a werewolf. The ladies escape the werewolves, only to make their way to a dilapidated house in the woods to take refuge. Things go from bad to worse, as this shack turns out to be a torture chamber where women are degraded and mutilated by a demented backwoods psycho.

I really wanted to like BONEHILL ROAD, but there was just a bit too much going on to make it enjoyable. The contemptuous vibe towards all the female characters was extremely off-putting. I understand that director Todd Sheets was going for an old school exploitation feel, but it feels like that was unnecessary to make this a great werewolf movie. 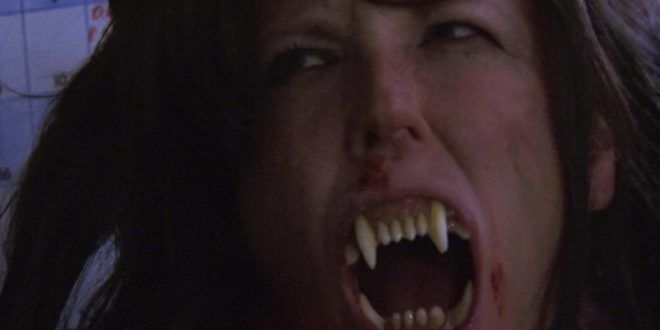 Enough with the negativity. There are many aspects of BONEHILL ROAD that I did like. The practical lycan costumes were great to see, and were reminiscent of those seen in THE HOWLING. The retro-style gore was a definite plus as well. The excessive blood guts brought to mind 1987’s BAD TASTE, which is one of my all-time favorites. 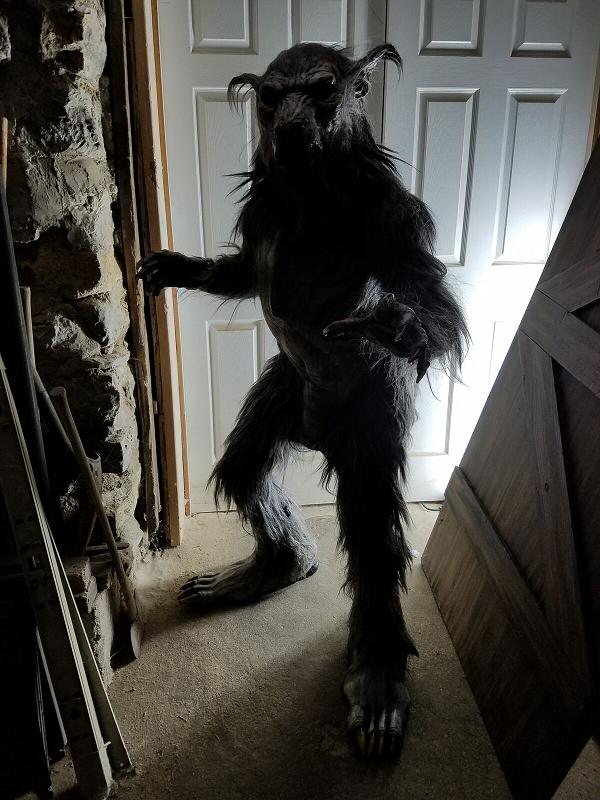 There was a classic horror trope used when the female characters are boarding up the house against the invading werewolf horde. Besides bringing to mind NIGHT OF THE LIVING DEAD, it also made me think of DOG SOLDIERS. I loved all of this stuff. Oh, and a cameo by scream queen Linnea Quigley was a real treat. 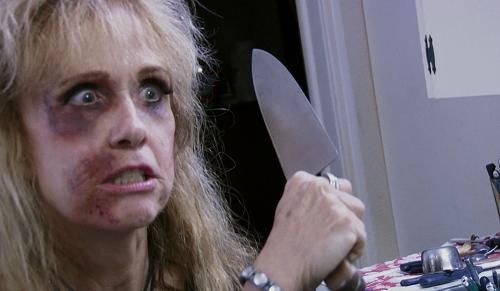 But besides the aforementioned lowbrow sexist tone of the film, you’d have to be able to overlook the over-use of a handheld shaky-cam and an uneven sound quality to even stay in the moment of the movie. 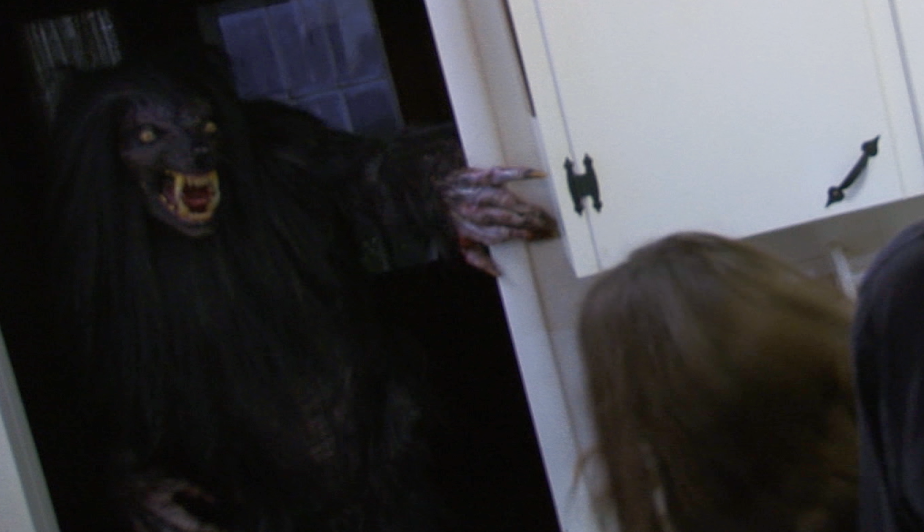 I think an injection of humor could have saved STONEHILL ROAD, but this is a mostly joyless movie. If you are a werewolf movie completist and you feel as though you have to see every movie with any sort of lycanthrope theme…be my guest, but I’ll just say that I watched this one so that you don’t have to. If you do check out this film, stay tuned for the scene after the credits. It’s the best part of it.