Why are revenge films so popular?I believe that these films are cathartic. The viewing public has a chance to see themselves in the avenging character’s role. Whether it’s high school bullies (CARRIE), rapists (I SPIT ON YOUR GRAVE), or a person who’s getting even for a loved one’s death (I SAW THE DEVIL), it’s easy to side with those who are looking to right the wrong… no matter how brutal their revenge becomes. 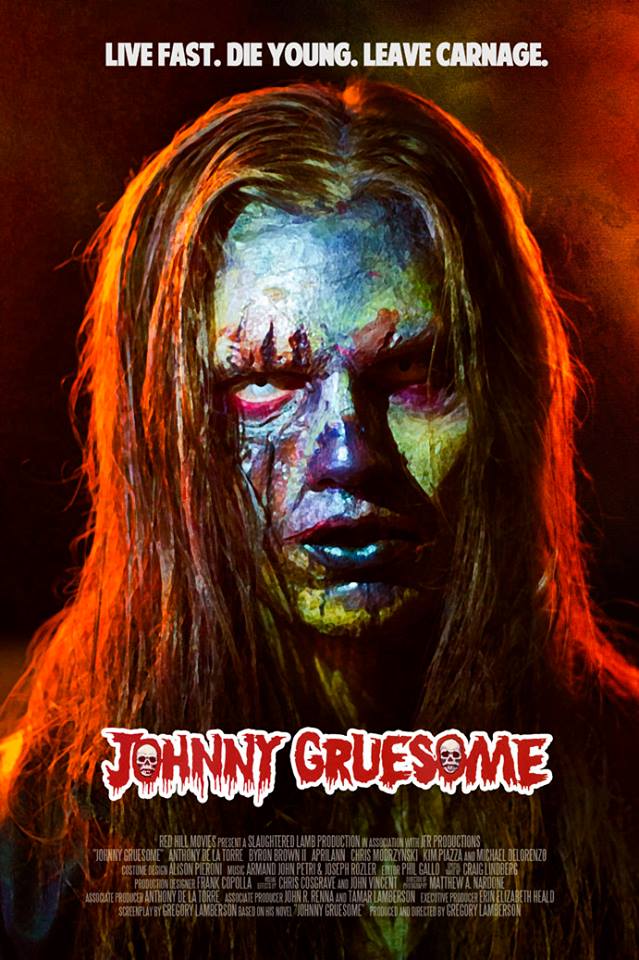 Now if you take the idea of a revenge film and mix it with a supernatural theme, you have a tried-and-true but always interesting concept. It’s not wholly original to see a character return after dying to take care of some unfinished business, but that’s the approach taken with JOHNNY GRUESOME. 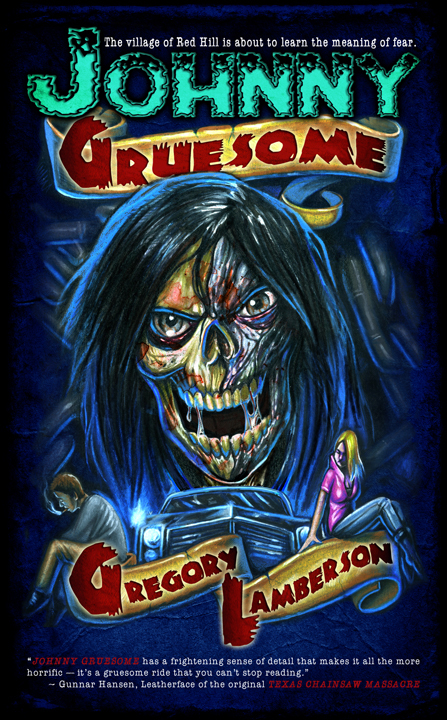 Johnny Grissom (Anthony De La Torre) is a teenage metalhead who gets pushed around by the school’s jocks and preps. Although he gets bullied, he takes no shit. This attitude leads to fighting in school, and getting suspended. His alcoholic father Charlie (Michael DeLorenzo) is unsupportive, and the only people he has to count on are his burnout friends.

During Johnny’s downward spiral of depression, he takes his friends on a drunken joyride. Johnny is driving erratically and frightens his friends. They beg him to stop, but he refuses. They use force to drag Johnny out out of the car and end up accidentally killing him. Instead of telling anyone about the murder, they dump Johnny’s body and try to cover up the incident. Soon enough, Johnny is back from the dead, and this vengeful zombie/ghost wants his death avenged.

I’m a sucker for a punk rock/heavy metal kids vs. preppies film, and after adding in the gore-filled zombie twist, and I should be in love with JOHNNY GRUESOME. Sadly, this film just didn’t live up to its potential. First of all, Johnny’s death doesn’t make sense. How does a metalhead die from being put in a sleeper hold? Is he some sort of delicate flower? Also, all of the characters are one-dimensional, which makes it hard to get into this movie, as it plays out as a dull knock-off of 1999’s IDLE HANDS. 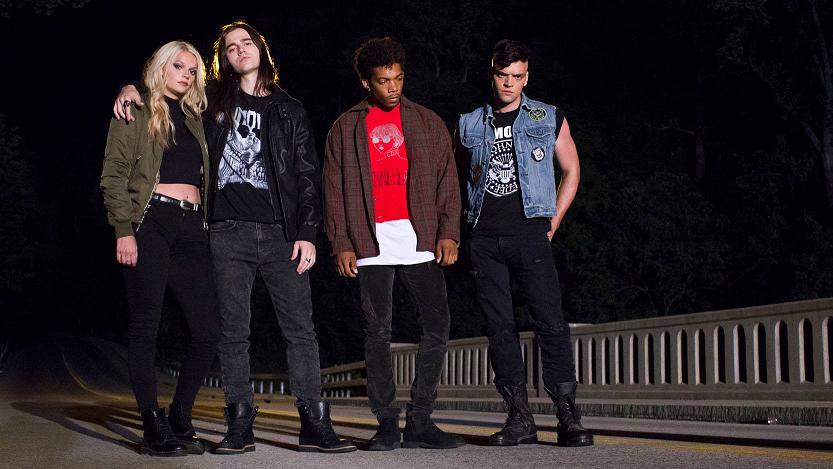 The drugged-out, alcoholic teens may have been realistic, but they’re still uninteresting. Then again, it’s always great to see annoying characters killed off in the most brutal ways. So seeing these dullards dispatched was a high point of this film. The paltry amount of blood and gore is almost laughable, but I think that adds to the retro aesthetic of the movie.

Everything about JOHNNY GRUESOME screams ‘1990s teen horror comedy.’ The cinematography by Matthew A. Nardone has an over-exposed look to it, which was indicative of this time period. Another thing that lent to this vintage feel was the practical effects, which I always appreciate. There isn’t a ton of bloodshed, but whatever there is, it’s done in a fun way.

The greatest character of JOHNNY GRUESOME isn’t a person, but the soundtrack. The soundtrack to this film is a perfect blend of rock, punk, and metal, and it’s almost constant throughout the movie. When there isn’t a song playing in the background, there is a Goblin-esque score, by Armand Petri and Joe Rozler, that is a high point of the film. 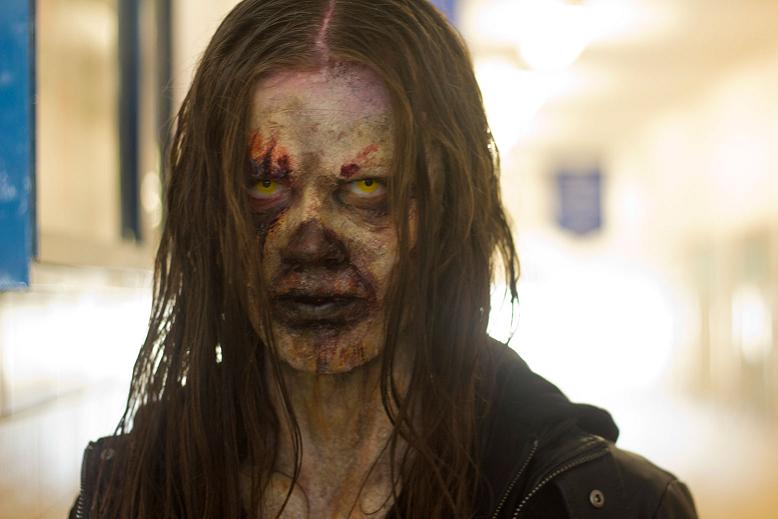 The zombie Johnny is kind of an asshole, which makes it harder to cheer on his bloody rampage of revenge. Most of the humor in the movie is lost due to the stiff acting, and there really wasn’t enough action to hold my interest. Try watching this one either high or drunk, and you might enjoy it more than I did.