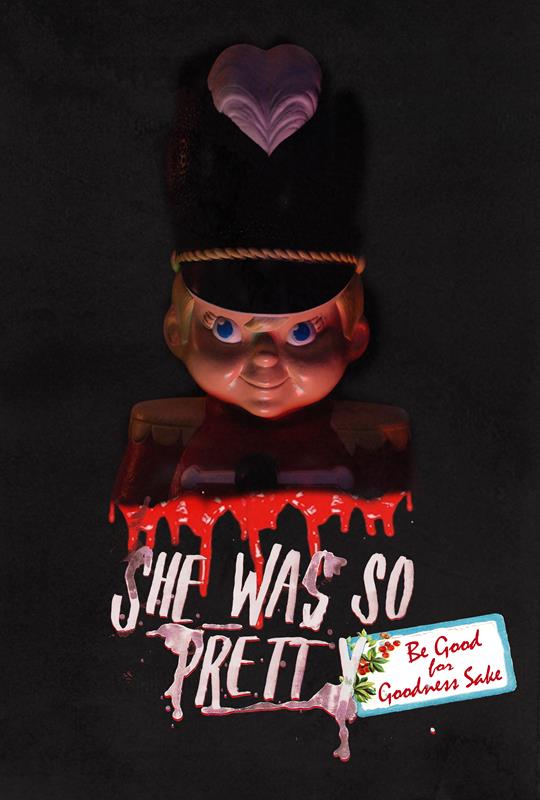 Christmas-themed horror movies are one sub-genre of film I could watch all year round. There is just something about the subversive nature of taking the most family-friendly holiday and making it filthy that just fills me with glee. Not only is SHE WAS SO PRETTY: BE GOOD FOR GOODNESS SAKE a Christmas-themed horror film, but it is also a sequel to SHE WAS SO PRETTY, one of my favorite indie horror films in years. To say that I was excited to watch this film would be a bit of an understatement. 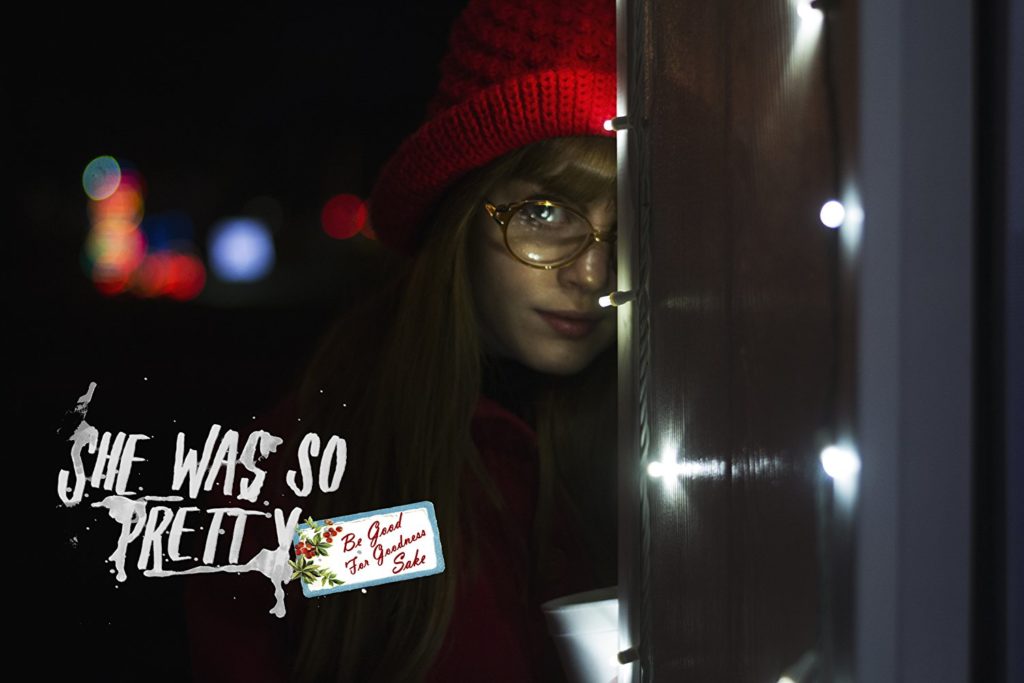 SHE WAS SO PRETTY: BE GOOD FOR GOODNESS SAKE is the continuing adventures of Alfred James Ellis III a.k.a. Alfie (Jerry Larew) and his partner in crime, Detective Baldwin (Corey Rutter). Only this time their murderous rampage takes place during the holiday season. These two psychos have upped their game from kidnapping young good-looking women, torturing and killing them, to full-blown HENRY: PORTRAIT OF A SERIAL KILLER-style home invasions.  Thankfully, as disturbing as the home invasion scenes are, they aren’t very graphic. I love that the duo kills by suffocating their victims with a plastic bag over their victim’s heads, it’s a great homage to BLACK CHRISTMAS. 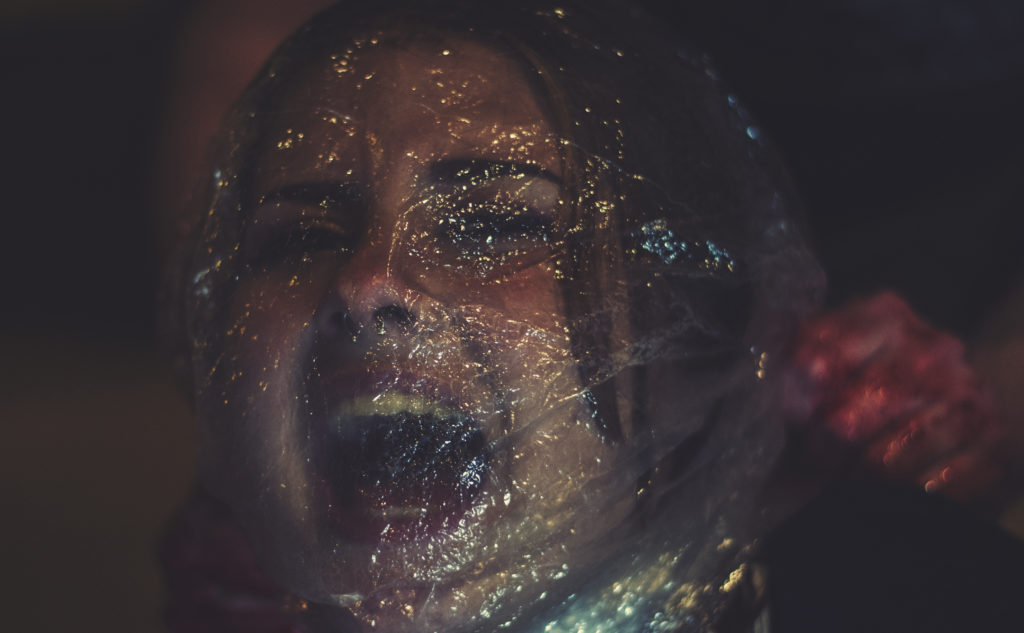 Similar to the original SHE WAS SO PRETTY, BE GOOD FOR GOODNESS SAKE wastes no time getting to the point. Using the story of a Christmas decoration thief, the two make their way into an unsuspecting victim’s home and quickly murder the household. Detective Baldwin is still an abusive asshole, and Alfie is still a quiet sociopath looking for love. The verbally abusive way Baldwin treats Alfie makes me so angry. That’s pretty much where the similarities from the original and the sequel end. 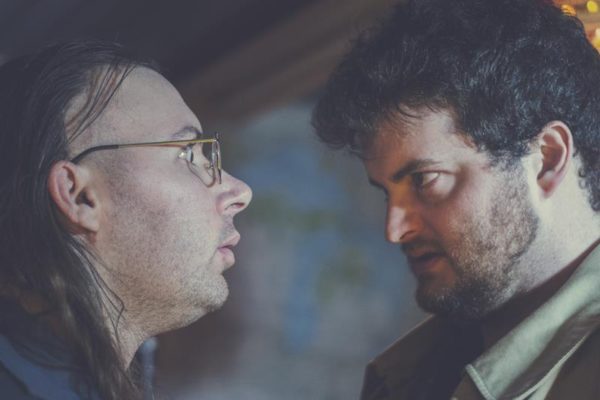 A big difference is Corey Rutter is far superior in the role of Detective Baldwin than the actor who played him in the first movie. The character is still a crass, disgusting example of white male arrogance. He is literally everything I hate about heterosexual white males. Then again, we aren’t supposed to like him. Rutter knows this, hits the nail on the head with his performance, and just knows his role better. He isn’t stiff at all. Besides Detective Baldwin, I’d have to say that the returning supporting characters, Jake (Elvis McComas) and Kennedy (Justin Ewing) have found their acting chops, they are comfortable in their roles, much more believable than their first time around, and that adds to the story. 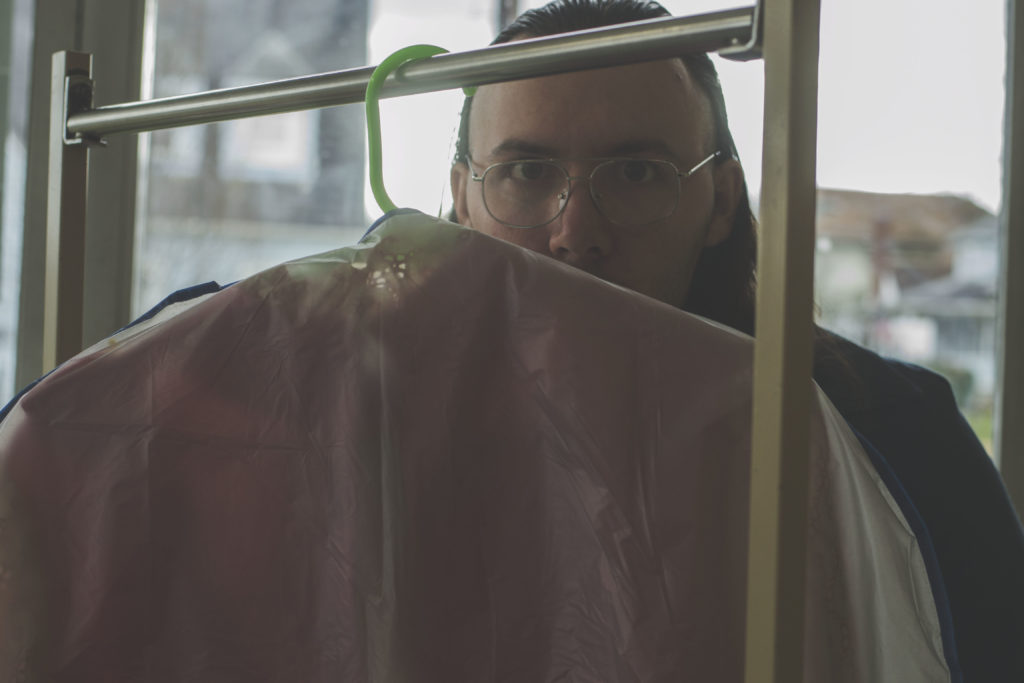 I still believe that Alfie is a modern horror icon, but I don’t think I like him talking so much. In SHE WAS SO PRETTY he barely spoke a word, and this time around he’s speaking in almost every scene. Yes, it helps the story flow better, but he just seemed creepier when he didn’t talk at all. The scenes in BE GOOD FOR GOODNESS SAKE with just Alfie and the girls that he’s kidnapped are still my favorite. Their is even a Christmas dinner scene that is reminiscent of the family meal in HOUSE OF 1,000 CORPSES, but on a smaller scale. It’s disgusting in all the right ways. 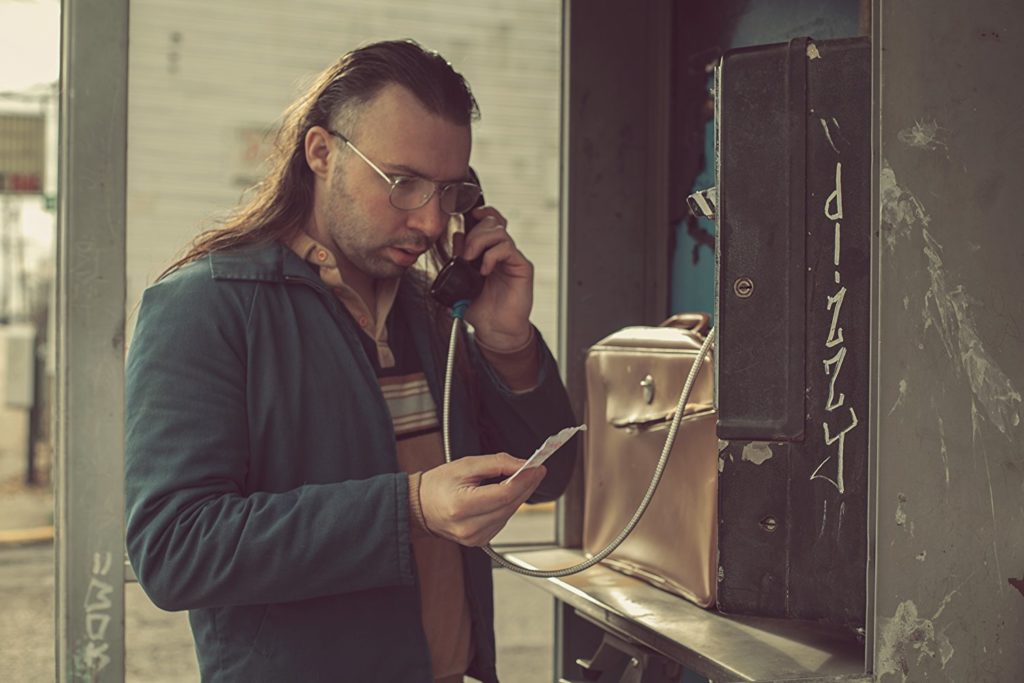 My favorite new aspect of BE GOOD FOR GOODNESS SAKE is that Alfie has a genuine love interest named Eleanor (Destiny Brooke Loper). Not just a girl that he stalks, kidnaps, and tortures, because he loves her, but someone that likes him for him. Eleanor is quirky, and made me laugh. She has a very MAY quality to her. This story arc pushes BE GOOD FOR GOODNESS SAKE in a different direction than I was expecting, and it’s all for the better.

SHE WAS SO PRETTY: BE GOOD FOR GOODNESS SAKE is director Brooklyn Ewings 2nd full length feature film, and you can see that she has grown by leaps and bounds. As much as I loved the artistic, lo-fi style of SHE WAS SO PRETTY, the linear narrative and higher production values elevate it’s sequel BE GOOD FOR GOODNESS SAKE to a level where Ewing’s peer group in horror film making are forced to take notice. She takes each item into consideration. Everything from the aesthetically pleasing, vintage holiday decorations to the top-notch soundtrack of synth-driven scores, holiday carols, and bludgeoning noisecore add to the ambience of the film and create a truly unique viewing experience. 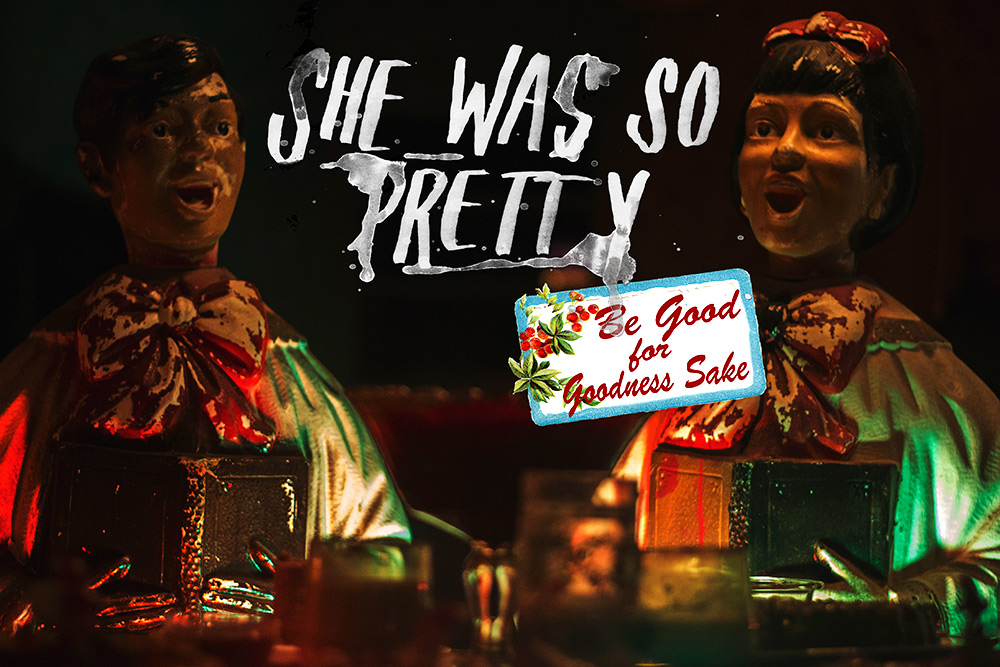