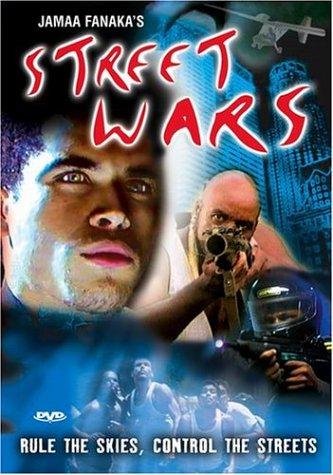 About a year after John Singleton put himself on the map with BOYZ IN THE HOOD, Jamaa Fanaka dropped STREET WARS.

Though both focused on life in the urban jungle, that’s where the similarities pretty much ended. Don’t get me wrong – there are still shootouts, and drive-bys, and drug addicts tweaked out of their mind, but Fanaka took the clichés and turned them upside down by adding elements like gunfights in Ultralights, impromptu dance numbers, and a funeral scene about three steps short of Ed Wood – and I mean that as a compliment.

From WELCOME HOME BROTHER CHARLES to PENITENTIARY, Jamaa Fanaka had a unique vision in all of his films.