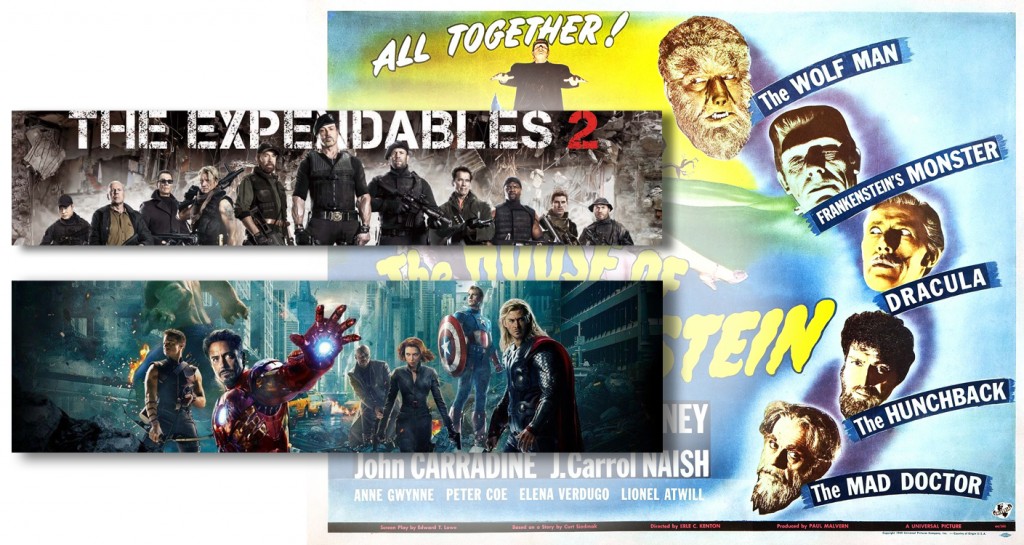 Much has been written about how risk-averse the American popular cinema has gotten in the past decade, with all the major studios preferring to stick with movies based on established properties (be that property a kiddie toy, comic book or ’80s television show) with an existing brand recognition. That’s why this summer saw the start of a second Spider-Man film series, a mere five years after the last Spidey saga concluded, rather than give us something fresh and unseen at the bijou.

But there’s another, more recent symptom of this current filmmaking safeness: The phenomenon of the all-star cast—a bevy of box-office draws that, when combined, are intended to be too irresistible to ticket buyers. The all-star superhero outing THE AVENGERS, for instance, started off this year’s blockbuster season by teaming together characters who had recently headlined their own films (in fact, many of those films had been part of a premeditated strategy building up to this all-star payoff). And now we’re looking down the barrel of THE EXPENDABLES 2, a who’s who of action stars—both past and present—that manages to up the ante on its predecessor’s marquee value (Stallone, Lundgren, Li, Statham, Willis, Schwarzenegger) by piling Norris and Van Damme on top of the already macho heap. And all of this is occurring amid announcements that A-listers Tom Cruise and Matt Damon are the first cast attachments in filling out a gunslinging septet in a MAGNIFICENT SEVEN remake.

As a subgenre, the Romantic Comedy saw its A-listers like Hugh Grant and Renee Zellwegger flop with their 2009 vehicles (DID YOU HEAR ABOUT THE MORGANS and NEW IN TOWN, respectively). Perhaps not coincidentally, the Rom-Com got into the all-star game that same year with HE’S JUST NO THAT INTO YOU, a film which proved that a movie producer didn’t need to choose some combination of Drew Barrymore, Ben Affleck, Scarlett Johansson, Bradley Cooper, Jennifer Aniston and Justin Long when that producer could instead have them all.

Even more star-studded was the next year’s romantic comedy, VALENTINE’S DAY, directed by Garry Marshall. It mixed leading men and women from various generations: Julia Roberts alongside Jessica Alba, Patrick Dempsy alongside Taylor Lautner—etcetera, ad infinitum. It was enough of a splash that Marshall was greenlit for a 2011 follow-up, NEW YEAR’S EVE. And so now stars like Roberts and Sarah Jessica Parker have duds with more conventionally cast entries like Larry Crowne and Did You Hear About the Morgans but find roles among Marshall’s heavy-hitter ensembles. 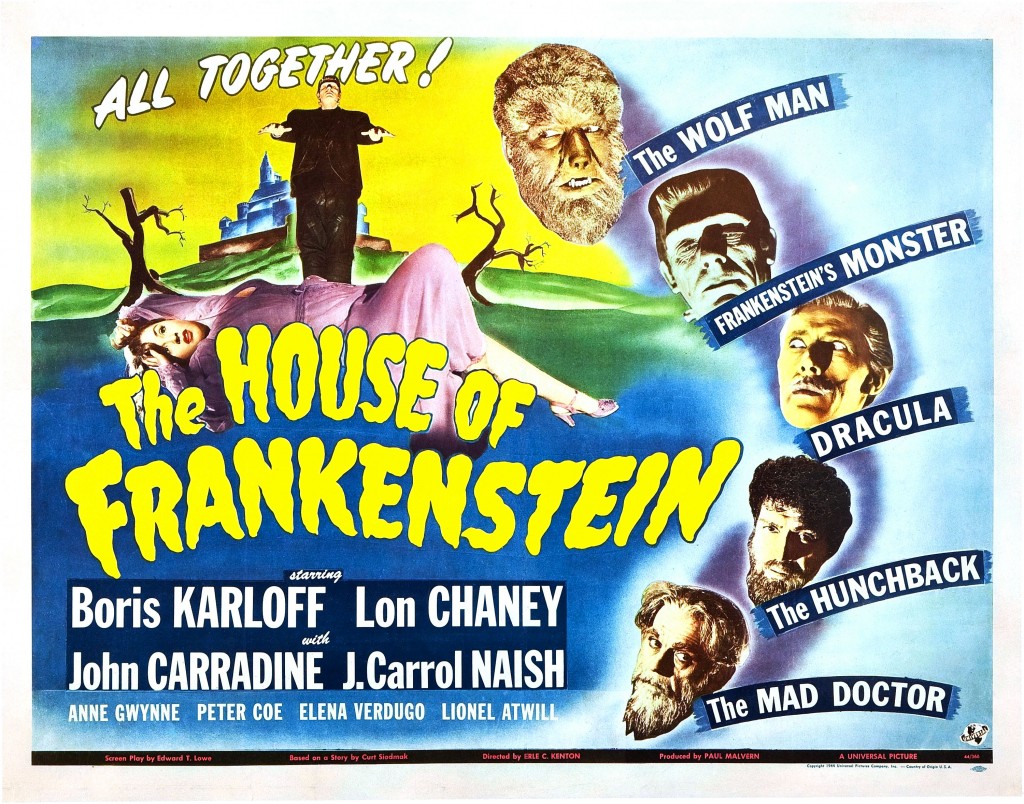 It’s hardly a new phenomenon. In the 1940s, Universal Studios made HOUSE OF FRANKENSTEIN and HOUSE OF DRACULA, two films that teamed up many of the popular monsters that had previously flown solo in their own films for the studio in the 1930s. And since most all the major studios then kept their stars under contract, it was easy to put together all-star packages like Follow the Boys (1944) and The Big Broadcast of 1938 around that time.

But what’s surprising about the ultra-safeness of today’s industry is that even genres that are ostensibly going gangbusters – namely this costumed superhero stuff – recently resorted to this trick. And it paid off for Paramount/Marvel: THE AVENGERS broke the opening-weekend record (and quickly climbed to #3 on the all-time earners list). Not surprisingly, Warner Brothers is developing a similar property full of heavy-hitter supercharacters, with Justice League. 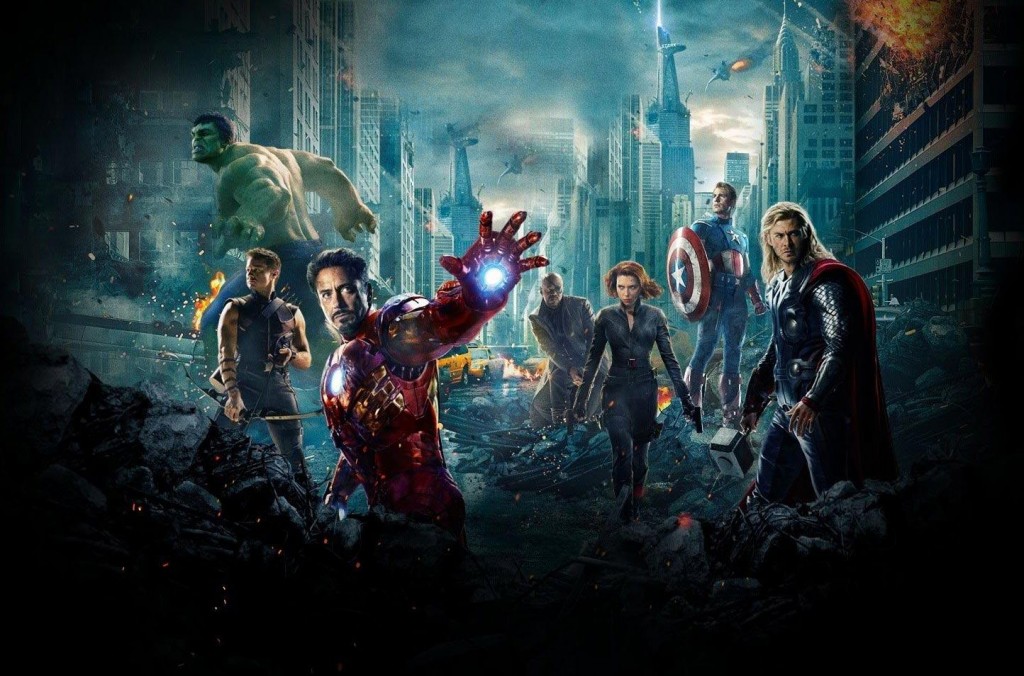 So what’s next, in this quest by the majors to make film product so calculatedly star-studded that it has no possibility of failing? Combining the Twilight, LOTR and Potter cast headliners to start a fantasy super-franchise? Or casting the regular actors from the Bond and Bourne series together, with cameos from all the living stars of U.N.C.L.E., I SPY and GET SMART?

As cynical as I may sound about this unabashedly commercial filmmaking strategy, I would surely be first in line to buy a ticket if Clint Eastwood did indeed accept the role offered to him for Expendables 3. I’d have mixed feelings about it, as I’d like to think Clint is a larger-than-life movie star that’d never have to be just another tough face in a motley crowd, but I’d plunk my money down, all the same.

Mike is an actor, producer, and director. His documentary EUROCRIME! THE ITALIAN COP AND GANGSTER FILMS THAT RULED THE ’70s is coming soon.