(This post is part of the “Valerie Harper Blogathon,” a week of posts on many sites celebrating the life and work of actress Valerie Harper, who was recently diagnosed with terminal brain cancer. Check out all of the pages in the blogathon by visiting the excellent Made for TV Mayhem page here.)

While it’s true that the “Mary Tyler Moore Show” spin-off “Rhoda” provided Valerie Harper with the largest career boost, to me, she’ll always be Valerie Hogan, the matriarch of the Hogan family of the Oak Park Illinois-set ‘80s sitcom staple “Valerie,” which became increasingly awkwardly named (first to “Valerie’s Family: The Hogans” before finally settling on “The Hogan Family”) after Harper very publicly walked out on the show demanding a pay increase, and ending up replaced by Sandy Duncan.

I was a family sitcom-obsessed kid at the time of “Valerie” and have fond memories of watching the Hogan clan in their frolics, at least until both Harper and my interest were dropped from the show, though the latter had more to do with my sudden teenagerness requiring me to be more interested in Fox’s then-cutting edge programming. As a result, Harper reads to me as “mom figure” rather than “occasionally single friend of Mary Richards.” 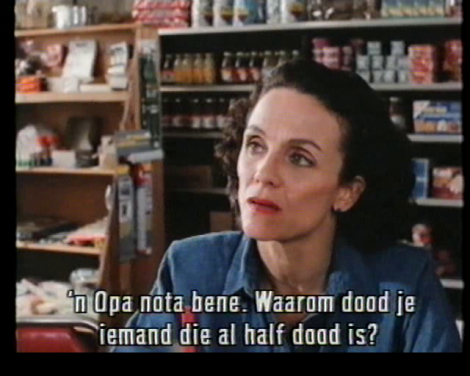 Harper’s contribution to the world of sitcoms is well-noted, and it’s certainly not uncommon to see her dismissed as a “quirky sitcom actress,” but the truth is that Harper has essayed a wide variety of roles in her career – it’s just that the sitcoms were the roles that kept her in the public eye. In the golden age of television movies, however, Harper was a staple, headlining such notable genre flicks as 1982’s DON’T GO TO SLEEP (covered by fellow Valerie Harper Blogothon writer Unkle Lancifer at Kindertrauma) and 1977’s DUEL-ish NIGHT TERROR.

One of the later entries into her lengthy TV-movie career is 1988’s THE PEOPLE ACROSS THE LAKE, the second post-“Valerie” outing teaming Harper with incredibly prolific TV-movie director Arthur Allen Seidelman. (The first, 1987’s STRANGE VOICES, found Harper married to Stephen Macht and dealing with their daughter Nancy McKean’s schizophrenia, which is awesome.) In the film, Harper is in comfortable mom mode as the city-phobic head of a family that decides to move to a lakefront house in northern New York in order to get away from it all. 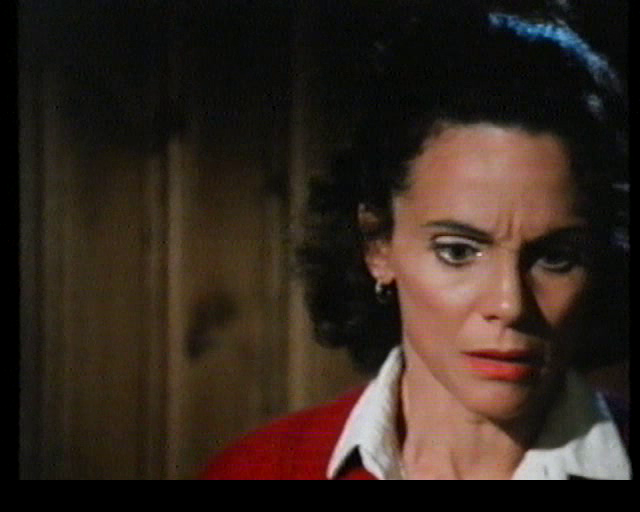 Of course, we as viewers know there’s something up, not just because we’re watching an ominously-titled TV movie, but because we’ve seen the opening scene in which an unseen man stalks and kills a woman among the greenery, then decides to take her body to the middle of the lake and, er, avoid dumping it in. We realize that it’s just a matter of time before our most nuclear of nuclear families (The younger son is cheery! The older teenage daughter is bratty! The dad is played by Gerald McRaney!) is going to be involved in a heap of mysterious goings-on.

“Heap” is kind of the operative word here, because THE PEOPLE ACROSS THE LAKE is a strange, unwieldy movie. The opening scene pegs it as some sort of a horror film, then moves into a light domestic drama as we see the family make the decision to move out of the city, then it becomes a mystery as Dad stumbles across a body (while skinny dipping!) that disappears and nobody will believe him. At first, it looks as though Dad is going to be the lead, but it’s Harper’s Mom that ends up taking the initiative to investigate even after everyone else in the family is bored with everything.

Things take additional turns as the killer is revealed to the audience, and that character takes central focus, gleefully chewing scenery in a PSYCHO-like twist that borders on camp, and then, finally, the whole film becomes STRAW DOGS as the family tries to fend off… well, that would be telling, and I’m not going to spoil it for you. 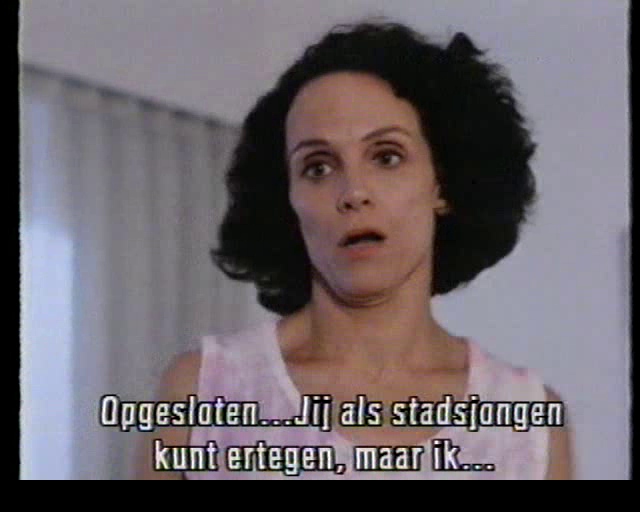 As much of a scattered film as THE PEOPLE ACROSS THE LAKE is, it’s never dull – you certainly can’t call it “predictable,” even if it’s essentially just cribbing moments from other films. Seidelman’s direction is solid – an insanely prolific filmmaker, he’s an expert at shooting sequences with a sense of menace even when limited by the television medium. (This is probably displayed best in one of his rare non-TV flicks, THE CALLER, which is essentially 90 minutes of Madolyn Smith and Malcolm McDowell playing mind games.)

As much as the film has a central figure, the protagonist is clearly Harper, for whom the part feels like a natural fit. It may just be my memories of her parenting of the Hogan clan filling in the blanks, but she manages the rare feat of being a mother figure that comes off as both realistic yet perfectly in tune with the bizarre plotting of the film. She’s adamant without being bitchy (even when dealing with her actively irritating daughter), and interested in the mystery without delving into obsession, more akin to a woman who’s trying to a place in this business without losing her sense of “mom” identity. 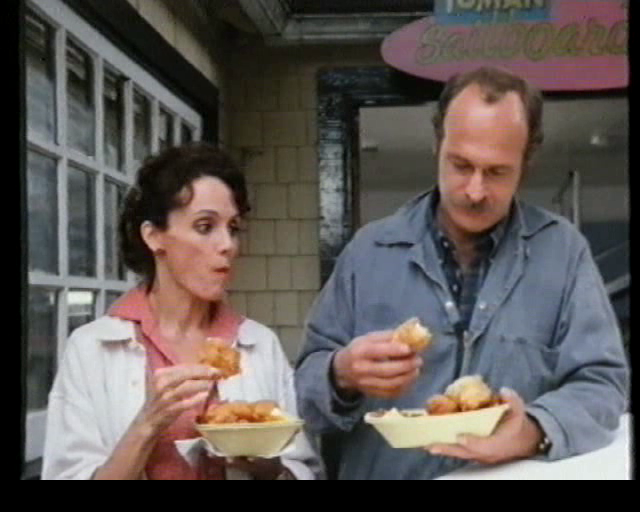 Sure, it’s doubtful that the script has taken any of these things into consideration, but it does allow for some nice moments of almost absurdist character development, such as the couple’s nonchalant reaction to a pair of stereotypical country folk berating them for investigating after handing them fried fish(!). THE PEOPLE ACROSS THE LAKE certainly isn’t the best TV-movie Harper headlined, but it’s far from the worst, and it gives her a rare chance to act as an aggressive character in a more suspense-based setting. It would make an ideal (if lesser) half of a double-bill with DON’T GO TO SLEEP, and serves as a great reminder of just how talented an actress she can be even outside a comedy setting.

While never released to DVD or VHS in North America, you can watch it online via a tracking-impaired VHS rip here.