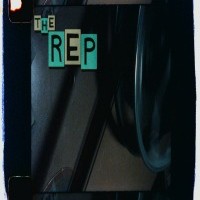 GET REPPED AND SUPPORT INDIE THEATRES!

The number of independent repertory theaters in North America has received some renewed support in recent years, with the proliferation of revival and indie film screenings popping up all over the continent. Morgan White’s new film THE REP takes a look at the trials and tribulations of opening a theater of this sort, following three film geeks in their attempt to operate The Underground Cinema, a single-screen theater in Toronto. The trio encounters strong competition from big box multiplexes, home video and on demand access, and the challenge of finding a ticket-buying audience. But they will stop at nothing to see their theatre succeed including sheer lack of business acumen, sacrificing their personal lives, and the breakdown of friendship.

Sounds great! Want to see it? Just bug your local indie repertory theater, as White has offered theater owners the opportunity to show the film for free! 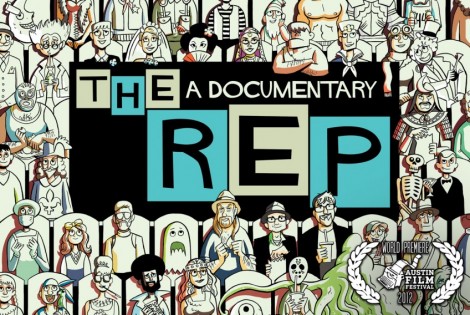 Let’s check out the press release:

Morgan White, the director & producer of THE REP, a documentary about the nostalgia and disappearance of repertory cinemas, wants ever-passionate film lovers across North America to see his film in indie theatres. To make this happen, he’s offering the film to theatres for free and any theatre that screens THE REP will get all the profits from the shows and ticket sales. White hopes that any revenue can be used to add classic, cult and repertory content back into a theatre’s programming slate.

But White needs the help of cinema fans, along with theatre owners and programmers. “A film about the future of Rep Cinema belongs on the screen in Rep theatres. My hope is that film aficionados of cult hits and the classics will help engage theatre owners and request to see THE REP on their local screen.”

With commentary from directors Kevin Smith (CLERKS), John Waters (HAIRSPRAY), George A. Romero (NIGHT OF THE LIVING DEAD), Bruce McDonald (HARD CORE LOGO) and many more, THE REP looks at the world of repertory theatres in an effort to prove that passion for a cinematic experience is still alive.

When asked what repertory theatre means to him, Kevin Smith said, “It’s a way-back machine that brings you back, right back to that moment in time. It’s magic. A Rep house is absolute magic from top to bottom.”

Nostalgic film fans can easily identify with that magic feeling Smith described. White wants to tap into that sentimental feeling and is hoping that cinefiles, film geeks, and anyone who loves niche, genre, cult and classic films will call their local theatre and request to see THE REP.

In the film, theatre programmers from Film Forum in New York City, The Alamo Drafthouse in Austin, The New Beverly Cinema in L.A., The Hollywood Theatre in Portland, The Bijou Art Cinemas in Eugene, The Revue Cinema in Toronto and the Blue Sunshine in Montreal, are asked the questions, “How do you get audiences to recognize the cultural value of a rep cinema before it’s too late? And, what is the future for rep cinema?”

Check out the trailer below: