Home  ⁄  The Wire  ⁄  [A WORTHY CAUSE] KICKSTARTER: THE TRIAL OF MIKE DIANA

Here at Daily Grindhouse, we are big fans of Frank Henenlotter. Any filmmaker that gave the world BASKET CASE, FRANKENHOOKER, and BRAIN DAMAGE has to be considered a living legend, so news of any new project he has in the works makes us sit up and take notice. Even better is when we can let our readers know of a way they can help get the project made. 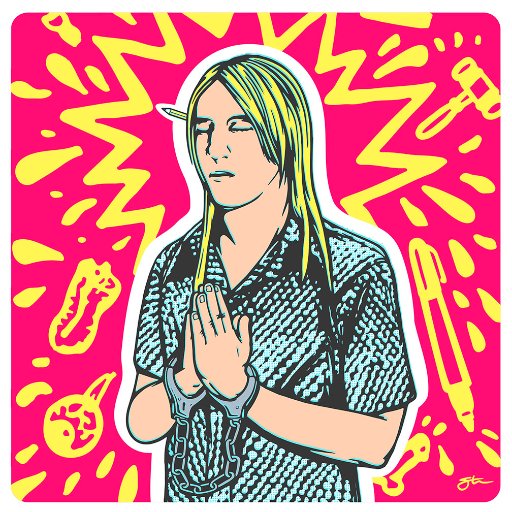 A Kickstarter for THE TRIAL OF MIKE DIANA  was launched yesterday with the intent of raising $40,000 to tell the story of the only U.S. artist convicted of obscenity. The documentary is being directed by Henenlotter and produced by Anthony Sneed (who starred in Henenlotter’s BAD BIOLOGY and produced, co-wrote, and starred in his upcoming comedy STEALING BANKSY) and Mike Hunchback.

In 1994, artist Mike Diana self-published Boiled Angel, an underground comic zine that sold 300 copies via mail. The only problem for Diana is that one of those copies was sold to an undercover cop in Florida (Diana’s state of residence). Appalled by the grotesque and confrontational artwork within the pages of the zine, authorities immediately looked into the possibility that Diana was a murderer. When that was determined to clearly not be the case, Diana was charged with three counts of obscenity, claiming his work could encourage people to become serial killers. He was convicted, eventually serving four days in jail and being placed on probation that put severe restrictions on what kind of art he could create in that time.

Yes, this happened. Yes, this sounds like the set up for a Kurt Vonnegut story full of ironies, twisting of moralities, and deadpan comedy. No, this did not happen in the distant past. That is what makes Diana’s story so frightening. On the face of things, it sounds absurd, but as is pointed out on the film’s Kickstarter page, “it’s worth reminding people how fast one can lose their First Amendment rights.”

The film is already in production and is being made with the full participation of Mike Diana. Henenlotter has already scored new interviews with all of the major players in the case including the prosecutor, Diana’s defense counsel, local news reporters who covered the trial, and protestors who pushed Diana’s trial forward. He also has interviews with a killer lineup of authors, artists, editors, and cartoonists including Neil Gaiman, Jay Lynch, Robyn Chapman, Stephen Bissette, and Ethan Persoff to provide context for such a ridiculous level of persecution of an artist.

The Kickstarter is seeking funds to cover post-production, travel expenses involved with picking up a few more interviews, and—most importantly, lest the filmmakers wind up facing charges like Diana did—legal expenses.

While primarily known for his narrative features, Henenlotter is an experienced documentarian, having directed HERSCHELL GORDON LEWIS: THE GODFATHER OF GORE and THAT’S SEXPLOITATION! in the last six years. Diana’s story of an outsider artist being persecuted for working in what many would consider a “disreputable” genre appears to be right up Henenlotter’s alley. 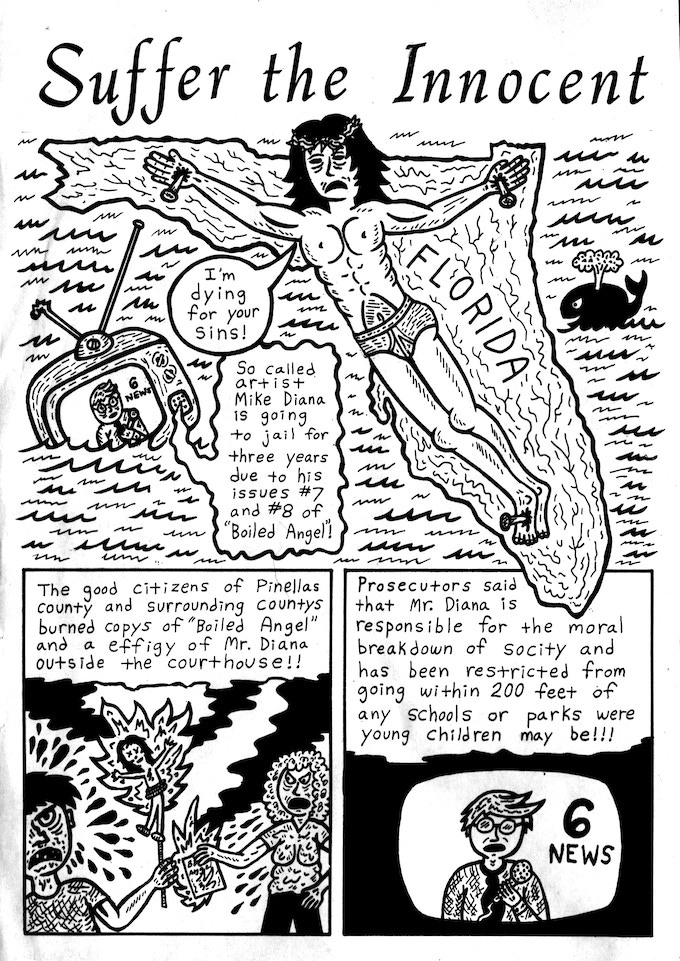