IT CHAPTER TWO is a flawed film and fumbled continuation of the story begun two years ago in the first installment. There are highlights amidst its almost three hour running time—but there are two aspects of Andy Muschietti’s Stephen King adaptation especially worthy of consideration that have been lost in much of the discourse. Both have their origins in King’s novel, but Muschietti and screenwriter Gary Dauberman utilize and expand on these moments to deliver something that speaks very much to our current times and using King’s mythos-heavy tome as a way of directly confronting actual horrors of 2019.

[THIS POST CONTAINS SPOILERS FOR IT CHAPTER TWO. TURN AWAY IF YOU DO NOT WANT TO KNOW ABOUT THE ENDING OR ANY OTHER STORY ELEMENTS.]

I. The Lonesome Death of Adrian Mellon

The idea for It came to King when he was crossing over a bridge. Suddenly remembering the troll in the children’s folktale “Three Billy Goats Gruff,” the prolific author pondered about a real life monster hiding beneath his feet. This trip back to childhood fears steeped in classic storytelling, led the author to sculpt together his massive novel, published in 1986. But I like to think that one influence on this latter day classic is a quote from William S. Burroughs, who once said:

“America is not a young land: it is old and dirty and evil.

Before the settlers, before the Indians… the evil was there… waiting.”

The parallels between this pessimistic thought by the Beat writer and It‘s narrative are fairly obvious, with the book featuring an evil creature landing from the stars in Derry millennia ago, infecting the land with its insidious fear and hatred. King’s Derry is Burroughs’ America, cursed with outbursts of horrific violence. The torrid history of the New England town is detailed in the book, with multiple tragedies where the ancient evil is solely on the periphery while people carry out deplorable acts of carnage on their own. This isn’t just something that happens in the past, as modern day Derry is home to a hate crime carried out against a young gay man by local monsters, as Pennywise watches and waits to eventually feed.

This sequence, where goons set upon Adrian Mellon (as his boyfriend can only helplessly watch), was always incredibly impactful to me. I didn’t know it was based on an actual event in Maine that took place in 1984. But even without that knowledge, this scene hit me so hard because it was just two people in love set upon not by some otherworldly creature feeding on children in the sewer, but by these brutes who knew only hate.

Some have accused the film of exploiting the real tragedy for shock purposes, but I (respectfully) disagree. This moment in IT CHAPTER TWO is an absolute necessity for the story to continue its meditation on the evil staining the land. The scene is shocking, certainly; but it is a reflection of how the LGBTQ community is continually terrorized by heinous violence today. It’s easy to think that the racism, sexism, and all other prejudices and evils that surrounded the Losers Club in the past (whether it’s the ’50s of the book or the ’80s of the movies) are gone 27 years later. But they aren’t; Derry remains a place with a beating black heart at its center.

The attack on Adrian Mellon (Xavier Dolan) adds to the depth of Richie (Bill Hader) and illustrates (at least partly) why fear forces him to remain closeted about his own sexuality; that constant terror of being found out and attacked for just being who he is. Most of the adult Losers, upon learning of It’s return, react with some variation of disbelief; their bygone monster could still be around and a threat. That 1984 hate crime in Bangor, Maine that led to the death of Charlie Howard could still happen today, 35 years later, and it wouldn’t be out of place in current headlines. That’s why this scene isn’t merely eliciting shock — it reaffirms that the mundane evil in Derry lives on. Maybe it is caused by Pennywise’s presence, but it is the townspeople that act on it. In a sequel that often feels disconnected from its predecessor, this is a strong continuation of the theme of a place inherently marred by hate and violence.

II. Take Them On, On Your Own 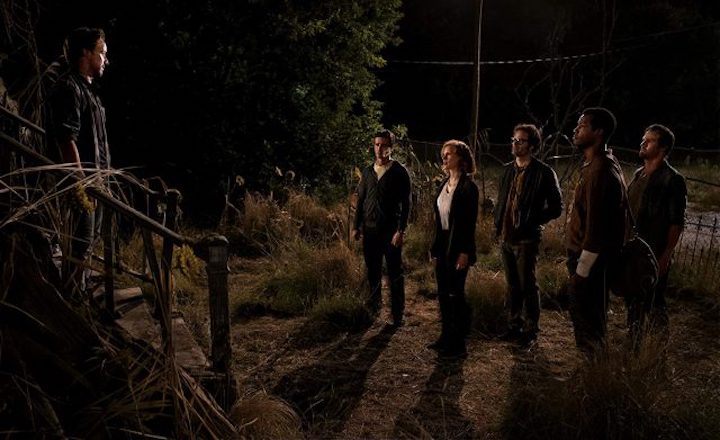 The ending of IT CHAPTER TWO differs drastically from the novel (as did the 1990 miniseries). While in all versions, the surviving adult Losers go into It’s lair to confront the beast and make It’s heart go smoosh. But the book is much more cosmic with a battle of wills between the Losers and It in the form of The Ritual of Chüd (which is mentioned but significantly altered in CHAPTER TWO). Childhood memories, laughter, and friendship power the Losers’ psychic combat against the monster…and then they just beat it to shit and take out its heart.

IT CHAPTER TWO takes elements of this confrontation, but instead of some astral plane jujitsu, it is the Losers calling out It for its true self — a small, pathetic clown. It has (literally) grown giant off their fear, but pointing out the truth about It’s weakness compared to their collective might, leads the villain to shrink, losing venom with every hurled insult from the Losers. This solution works structurally within the film (since the book’s cosmic elements were never introduced previously), but it emotionally resonates due to an increasingly common threat in the world. Wannabe fascist politicians have been rising across the globe for the last four-to-six years. These hollow men bully minorities, strong-arm and silence any detractors, and cultivate their own versions of reality spread by state TV and disinformation campaigns. 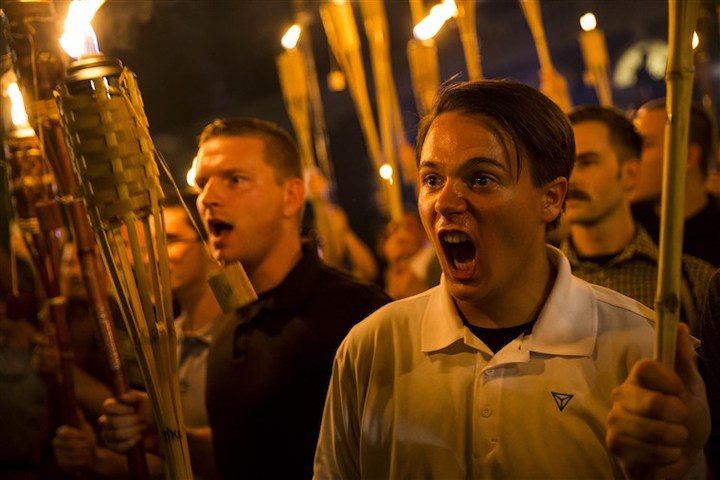 But what can be done in the face of these monsters that would do harm to the most vulnerable? They are powerful men who can cause so much pain, aren’t they? You directly confront the beast and pierce that bubble of ignorance and hypocrisy. IT CHAPTER TWO‘s climax is a rousing rejection of these false narratives by refusing to use euphemisms or indirect parlance. The New York Times infamously struggles over how to describe certain things President Trump says that are demonstrably untrue; they offer it up as a different perspective, or maybe a cunning strategy, or some particular way of speaking. They don’t just label it a “lie” due to norms that have been followed for far too long.

IT CHAPTER TWO instructs all of us Losers that if someone is saying hate-filled shit? Call them out. If someone is committing acts that are racist, sexist, homophobic, ableist, anti-Semitic, or based in any other type of prejudice? Call them out. There are not always fine folks on both sides of every situation nor a need to offer balance when one perspective is patently wrong and destructive. Take away the power of hatemongers by clearly identifying their behavior and their intent. Adhering to polite speech, or finding it more untoward to label someone as bigoted than it is to be on the receiving end of that bigotry, allows these monsters to fester in the dark. Unless a united group stands up and strips away the vanity, these papier-mâché Mephistopheles will continue wreaking havoc.

IT CHAPTER TWO has numerous flaws — it’s easy to see why many were disappointed following the previous installment. However, it would be wrong to toss the whole project aside and not highlight these sequences that are powerful elements within the film and true attempts by the filmmakers at addressing the world outside of the cineplex. Pennywise may not be stalking the streets, but that brand of intense hatred looms large — even if it is just a shadow cast by a small monster.