One of the first horror films I ever watched was POLTERGEIST.

I don’t remember exactly when I saw it, but I know I was young. I was born in 1983, just a year after it came out, so by the time it was finally unreeling it’s nightmarish imagery of killer clown dolls, menacing TV static and light shows of the damned on the boob tube, I had grown into a young and impressionable tot ready to absorb whatever pop cultural detritus made its way past my eyes. It turned out to be the spooky stuff that captured my budding attentions, aided and abetted by a slew of creepy TV and film: THE X-FILES, GOOSEBUMPS, ARE YOU AFRAID OF THE DARK?, Joe Bob Briggs, and, of course, the first horror movies that worm their ways into my soul. 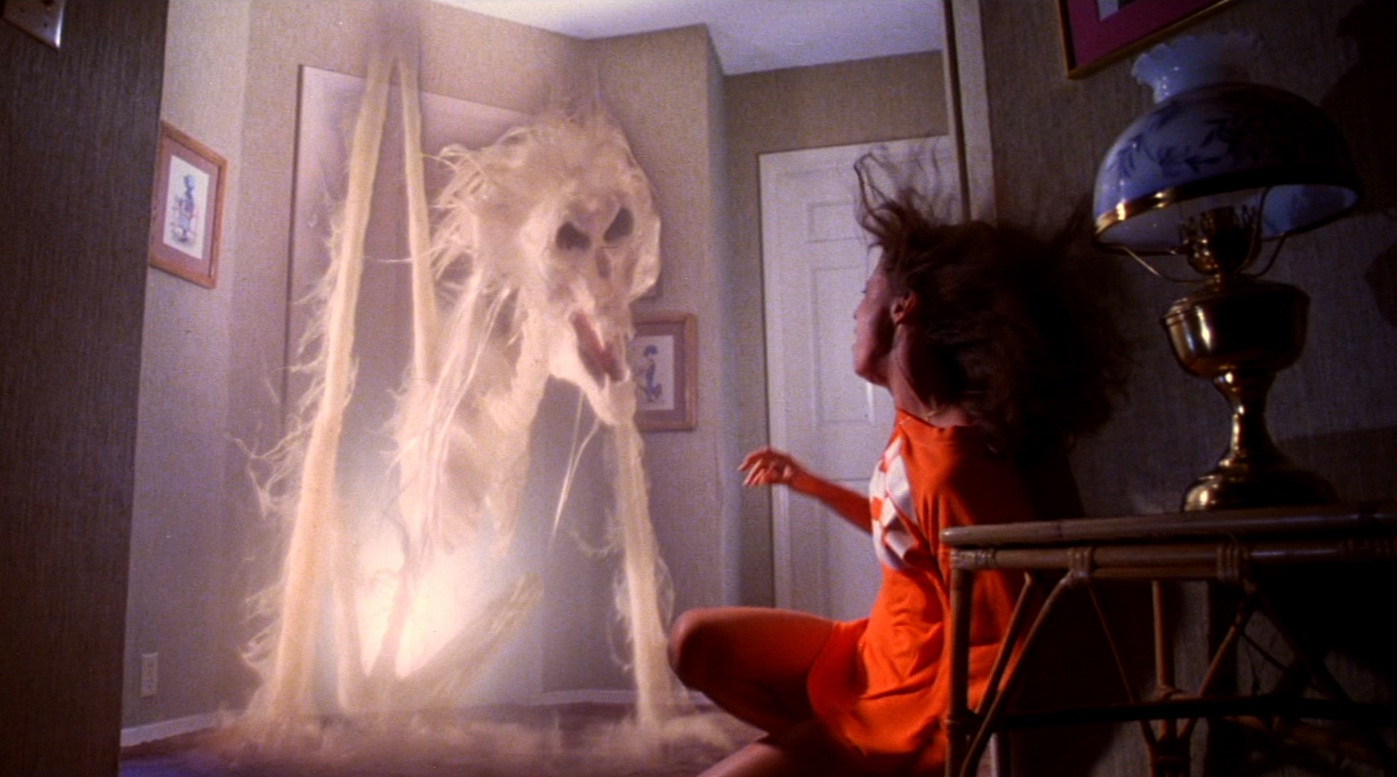 That would be first exposure to the mad works of Tobe Hooper, who touched me in the same way that John Carpenter did (HALLOWEEN was the other big icon of my childhood existence.) I didn’t necessarily know who Hooper was then, as I wouldn’t come to understand the function of directors until my teenage years, but in my admittedly hazy reveries of youth, I now realize how often Hooper would come to impact my  fledgling horror nerddom: by 1990, I was already demanding to watch at least the made-for-TV fright fare that would crop up on cable and broadcast, so I know I saw his small-screen-bound killer-dress movie I’M DANGEROUS TONIGHT on its premiere, even if I don’t remember a damn thing about aside a red dress and the presence of eternal crush Mädchen Amick. There were reruns of ‘SALEM’S LOT and, when I was 12,  a dusty videocassette of THE MANGLER was rented many a times from Blockbuster, my eyes popping amidst images of laundry workers being pulped by a demonic laundry press as I sat in the living room while my father lackadaisically kept on eye on my watching habits. By my late teens/early twenties, I had finally caught up to both of Hooper’s influential TEXAS CHAINSAW films, and, of course, like many men of my generation, LIFEFORCE was, uh, in the mix as well.

I am writing this in the evening of August 26, 2018. One year earlier Hooper passed away at the age of 74, leaving a massive void in the horror industry — a void made even more apparent by the revelation from screenwriter Jared Rivet that he had been meeting with Hooper to discuss and create new projects. This came about during a day-long tribute podcast broadcast live by writer Patrick Bromley on his site F! This Movie. I only got to hear snatches of the 24 hour epic ‘cast, but what I did hear — from Rivet, from Hooper friends and collaborators Caroline Williams and Mick Garris — warm the decrepit cockles of my black heart. The outpouring of love from all corners of the horror ‘net, including from the many talented writers right here on Daily Grindhouse, showed the deep-seeded love and respect people had for the soft-spoken Austinite and the legacy of films he churned out.

When he was alive, Hooper didn’t get the respect he deserved. Thanks to the seismic change THE TEXAS CHAIN SAW MASSACRE wrought on the movie industry, and the looming shadow that it left in its wake, Hooper was assured a spot on the Masters of Horror Hall of Fame, alongside contemporaries like Wes Craven, John Carpenter and George Romero. But Hooper also fell victim to his own success, unable to escape from that shadow. Throughout his career, critics chided him for not making another film as great as TEXAS — indeed, for making films that were drastically different than that raw, primal masterclass in terror. Hooper was booted off projects and a series of financial disasters pushed his career into the direct-to-video dustbin by the late ‘90s/early ‘00s. Even the credit for his greatest non-TEXAS successes — the TV miniseries of ‘SALEM’S LOT and the aforementioned POLTERGEIST — were often given to others: Stephen King for providing the source material for the former, and writer/director Steven Spielberg for allegedly ghost-directing the latter (a rather onerous and degrading rumor.) Hooper was always considered a Master of Horror, but he also always had an asterisk next to that designation. 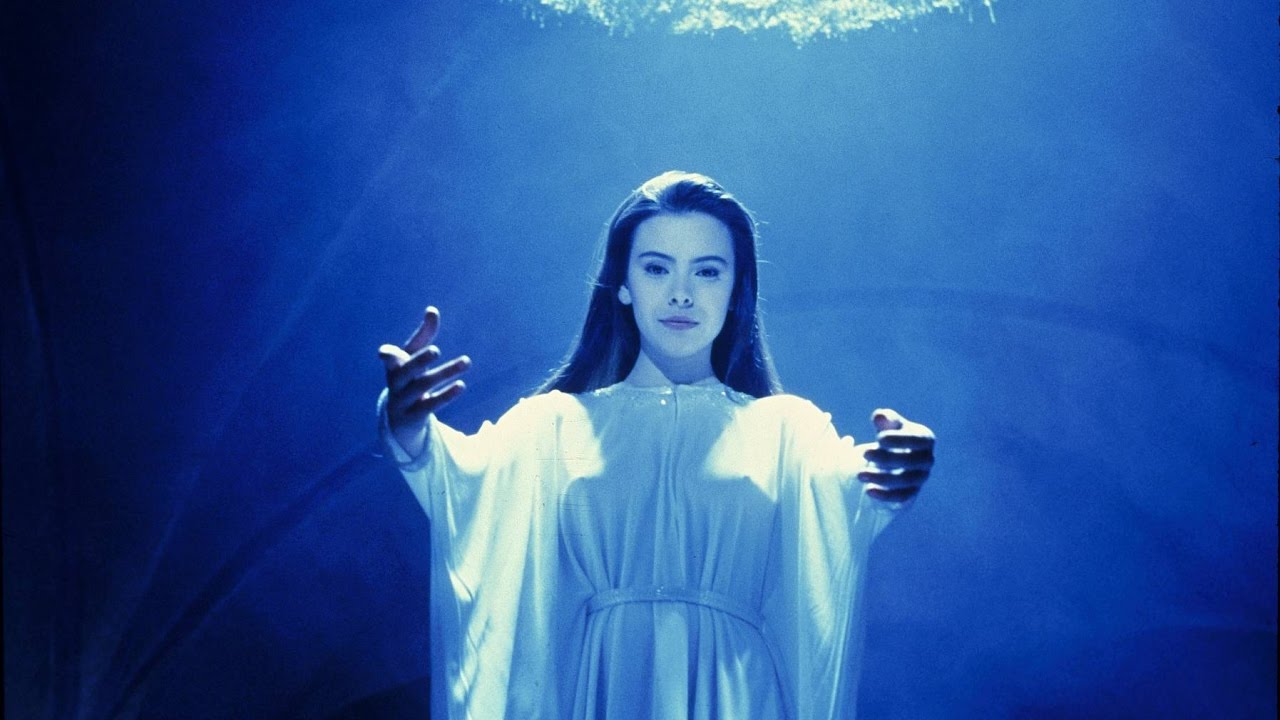 In the weeks leading up to writing this, I attempted to watch all of his films in chronological order, a daunting feat that I had hoped to have been done with by today. (Life has a way of laughing at all your plans.) That said, I have thus far gotten pretty damn deep into that filmography — I’ve made it to his underrated 1990 sci-horror bomb SPONTANEOUS COMBUSTION and plan to forge ahead even after this day comes and goes. Watching his films back to back, in order, shows just how much a tight, auteurist vision he held on the films he made, even when he made the in conjunction with other distinct visions, such as Spielberg’s. It’s been  adelight tracing his development as an artist from the experimental avant-hippie visions of his freewheeling debut feature EGGSHELLS (1969) on, seeing both how he grew and how he stayed the same.

There’s a through line within Hooper’s filmography that make it clear that they are the product of a man with a clear set of obsessions. His films are all about madness and surrealism crashing onto the ordinary, the way normalcy is often torn asunder by chaos. The flower-child outsider weirdness of his first feature never really went away, even as he went Hollywood. The reason that TEXAS CHAINSAW is so damn effective is because its a simple, gnarly campfire story told with the same kind of frenetic editing energy of EGGSHELLS, alongside a potent, heaping dose of almost Dali-like nightmare energy. It’s there in the excessive climax of 1987’s THE TEXAS CHAINSAW MASSACRE 2, hated in its day, loved now, where-in Hooper takes a contractual obligation sequel and uses it to run gleefully rampant over whatever expectations anyone may have had for a sequel to his greatest achievement.

Hooper had a deep abiding love of cinema and a cheerful desire to go to extremes for his films, to let his projects off the hook to run around and do what they will. Hooper infamously complained about how no one understood the comedy in TEXAS CHAINSAW, which is why he made its sequel into such a garish ‘80s splatpunk gore opera. It’s that puckish spirit, that streak of rebellion that makes his films so compelling — and also why many of them went underrated for so long. Some of them, like his sexed-up Nigel Kneale/Hammer homage LIFEFORCE (I still find it amazing that he got some producers, even trash merchants like Cannon, to pony up the cash to allow him to let his id loose on a big budget) have started to become the recipients of re-appreciation in recent years, moving up in esteem on the totem pole of the director’s work. Others, like THE MANGLER, decidedly have not.

I originally pitched this article — and the whole idea of a Hooper week in general — as an excuse to exalt and defend and talk about some of Hooper’s more unloved work, films like that greasy 1995 King adaptation, or his final film, the UAE-made and -set ghost story DJINN, a film I actually remembered liking (though, to be fair, the explosion of similar films in recent years means I need to give this one another go.) Of course, I would always take an opportunity to sing the praises of THE MANGLER, an offbeat aria of gore and burst human flesh that I feel is apiece with the rest of Hooper’s filmography and a film I also sometimes feel very lonely in defending. Many rank it as the worst of the big screen King adaptations AND the worst Hooper film, but I think that is unfair as it shows all the hallmarks of a classic Hooper project: a mistrust of capitalism, a luridly over the top style, a protagonist who either already starts mad or goes it after being run through hell by the end. It’s Hooper’s ‘90s  American made version of a ‘80s a splatterfest, complete with bizarre plot twists, inscrutable characters (that slithery performance by Robert Englund!) and a metric ton of disjointed ADR moments. It’s weird, eccentric and totally in line with Hooper’s mischievous perversity. 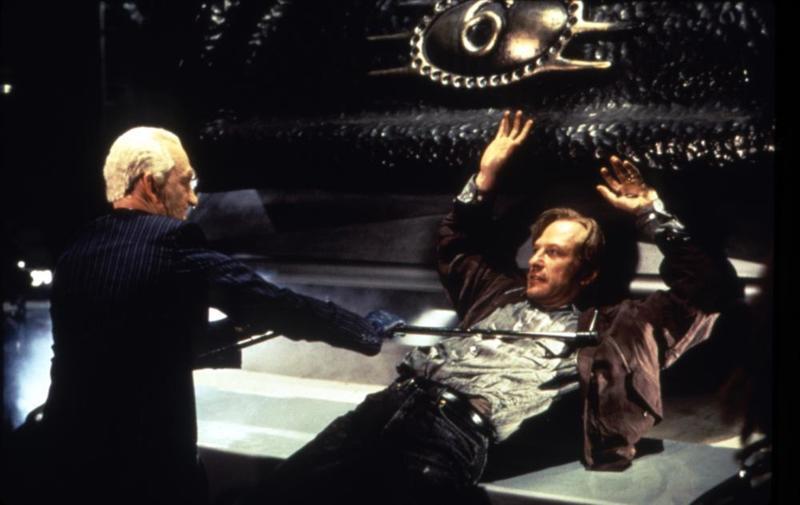 But enough about a film that ends with a gaudy ‘90s CG piece of industrial junk chasing the heroes around a sewer lit like Dante’s Inferno. Watching this (uncomplete) marathon of Hooper films, luxuriating in the sheer weirdness of his vision, and seeing the love for him explode throughout this past week and into today has shown that while some of his films may not be as loved as some others, and while we didn’t appreciate him as much as we should have while he was alive, Tobe Hooper was truly a Master of Horror — without an asterisk needed. I never realized how much Hooper touched me and was directly responsible for my love of horror until after his death, and one year later I can clearly see the lifelong impact he had on me. I say this while wearing Leatherface T Shirt and finishing off a bottle of Dr Pepper. Here’s to you Mr. Hooper.

May you still be twirling chainsaws in that slaughterhouse in the sky.