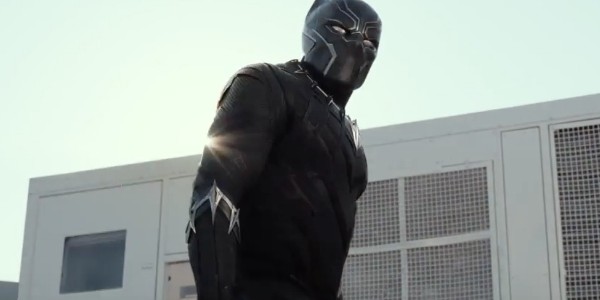 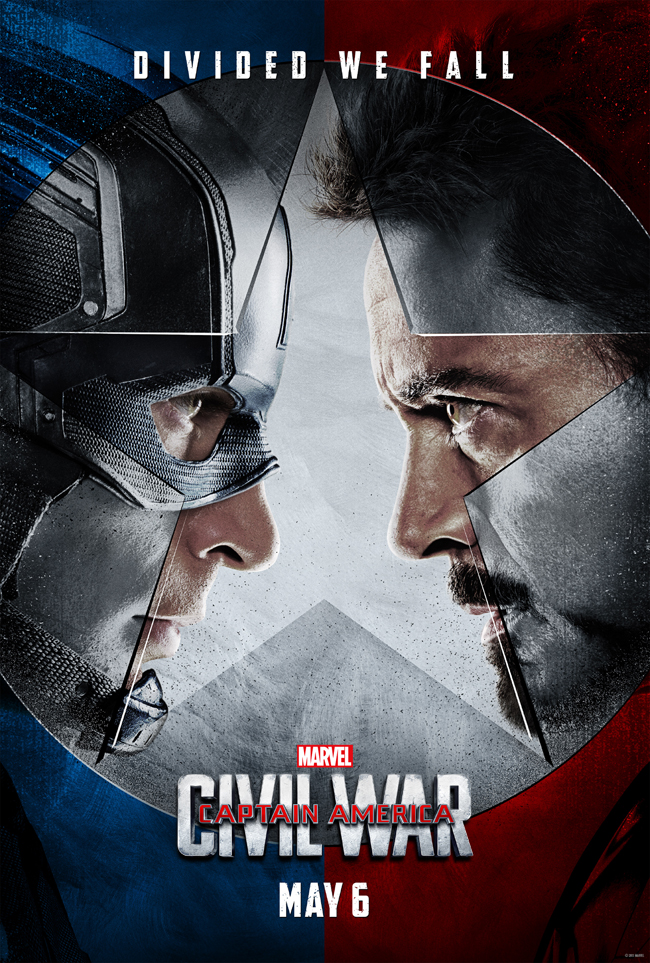 Got a little humbuggy yesterday on my Twitter account over the relentless and silly STAR WARS emoting that’s seized the internet for like, ever. Never sure if people can tell when I’m joking, and (spoiler warning) on Twitter I almost always am, but it’s true that with all that’s going on in the world, it is more than a little bizarre to me that grown men are moved to tears by the trailers for cartoon movies which they’ll surely end up complaining about once they’re actually released. As long as we all keep our healthy sense of perspective, I am all for it. Mark that down for the scoreboard. I grew up loving STAR WARS just like the rest of you — it’s just that I have actual children in my life now, nieces and nephews and friends’ kids, and it’s impossible for me to justify being any more excited about a new STAR WARS movie than they are.

That said, I’m happy to see this trailer for the newest Marvel movie, CAPTAIN AMERICA: CIVIL WAR, and not just because it shuts people up about STAR WARS for a few blessed hours. Credit where it’s due, this exclusive trailer comes to us courtesy of Jimmy Kimmel Live!, which like Marvel and STAR WARS is owned by Disney, and is as far as I can tell a nightly infomercial for their products:

Like any good Marvel zombie, I’ve seen all the Marvel movies (although I probably snoozed a fair amount throughout THOR 2) and there’s no reason to believe that behavior will stop any time soon. But with the humbuggy tone of my recent franchise fatigue, I have to say this is less a movie than a big-screen TV series, with a whole lot of talking in between the high-kicks and explosions, and there’s almost nothing here to raise my heart rate.

There’s one thing here to raise my heart rate.

No, not any of these honkies.

Hail to the King, baby.

The great comic book writer David Walker, writing earlier this year about the troubling prospect of a comedic SHAFT update, said this:

He was talking about John Shaft, but with any luck, King T’Challa will do in a pinch. It’s unclear how overtly political Marvel Studios is willing to take the Black Panther onscreen (although it’s very promising that Marvel Comics has hired Ta-Nehisi Coates to write him on the four-colored page), but in this day and age, in this moment, Marvel arguably has no more potent symbol in their pop-cultural arsenal. I’m a huge fan of their Falcon character, but (despite a promising new direction in the comics) he’s always been a sidekick — the best black sidekick this side of Robin Quivers, Flavor Flav, or Frank in THEY LIVE, but a sidekick all the same. T’Challa is inarguably a star. And the best conceivable function of the Black Panther character at this point in time would be to rally and inspire kids of all ethnic backgrounds with his onscreen adventures, to let them know that they can be heroes too. The ones who see themselves in him, and the ones who don’t, all of them could use a hero like him right about now. That is what comic-book superheroes do at their best.

So no more humbugging. Here’s all the cautious optimism I can spare. Carry it well, Marvel Studios.

On the trailer for GUARDIANS OF THE GALAXY (2014).

On the casting of DOCTOR STRANGE.

On Marvel’s next five years of expected movie magic.