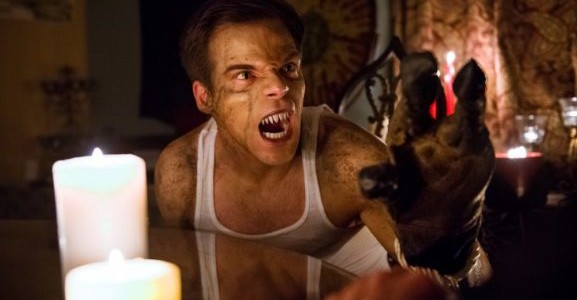 THE VELOCIPASTOR is not a bad movie. It’s not even an “it’s so bad it’s good” movie. Is it cheaply made? Yes. Is it amateurish and unpolished? Sure. But is it entertaining enough to warrant spending an hour and fifteen minutes? Will it inspire more than a handful of teenage stoners to make movies with their friends or take up making YouTube videos? Does it show a deep love of film and expert sense of comedic timing? A resounding HELL YES!

To write THE VELOCIPASTOR off as a clever pun turned into a no-brain movie would be selling it short. The writing is too clever at times, the timing is too perfect. Is it something like THE ROOM or MIAMI CONNECTION? No.

Writer/director Brendan Steere is neither insane nor rich—although I’d love to see what the guy could do with a budget. He’s smarter than that and ultimately more creative. At its core, THE VELOCIPASTOR is a joke played straight for the sake of the audience. This is a joke, expertly crafted, well honed. Told several times so that the timing and nuanced and cadence of it is all to perfection.

The plot of THE VELOCIPASTOR is as follows…

“After losing his parents, a priest travels to China, where he inherits a mysterious ability that allows him to turn into a dinosaur. At first horrified by this new power, a hooker convinces him to use it to fight crime. And ninjas” – writer/director Brendan Steere 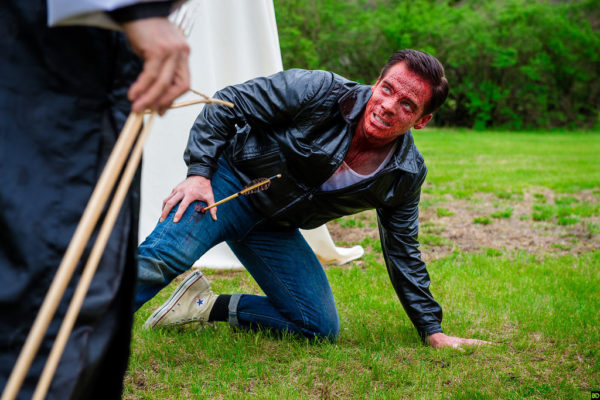 A few truly unexpected twists and turns aside that’s pretty much the through line of the film. THE VELOCIPASTOR teases out the dinosaurs vs ninja premise but the final battle makes good on the title’s promise.

When a movie comes along with a title like THE VELOCIPASTOR there can be a lot of hand wringing over exactly where it’s all going. Is this another SHARKNADO or SNAKES ON A PLANE (and let the record show my iPad did not auto correct the spelling of Sharknado it’s become such a part of the Lexicon)?

One could argue that whatever the fuck genre of films Troma pioneered have their own aesthetic at this point. Not simply dismissible as “so bad they’re good”, there’s a certain manic energy, low budget pride, punk rock ethos, and wink at the audience that those movies not only champion, but turn into pure entertainment. Although THE VELOCIPASTOR owes more of a debt to Astron-6’s FATHER’S DAY than anything else in the Troma catalog.

There’s a reason flicks like EIGHT LEGGED FREAKS occasionally get greenlit, or whenever you bring up MATINEE to film lovers they always go “Awwww I love that movie.”

Deep down those of us that love movies, and are weird enough to let them occupy places in our cold dead hearts, always hold a special place for trash. Maybe not all trash and definitely not strictly trash, but we love trash. It’s the deconstruction of cinema that we revel in, the destruction of convention and the thumbing of the nose at the 180 degree rule. In the same way punk rock in the ’70s sought to bring down the bloated excess of what rock ‘n’ roll had become, the trash aesthetic will always offer checks and balances to a cinematic marketplace dominated by sequels, reboots, and 800 billion dollar comic book movies. THE VELOCIPASTOR has two…dinosaur paws (?) firmly planted in trash aesthetic. The school of thought that says you only need more thought than school to crank out something low budget and entertaining. 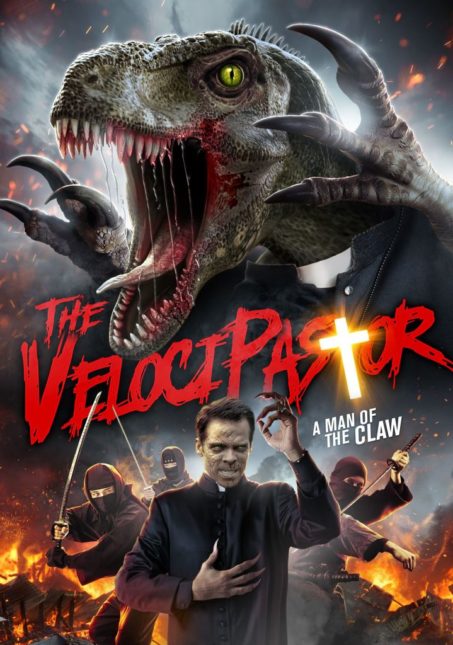 Will you love THE VELOCIPASTOR? Maybe. It’s worth a shot. It’s definitely not the next EL TOPO or TOXIC AVENGER, but it’ll at least make a pretty decent double feature with JESUS CHRIST VAMPIRE HUNTER. And if you recognize all those movies, then friend you’ve come to the right place.

THE VELOCIPASTOR has its Chicago Premiere, Saturday, April 27th as part of The Windy City Horrorama Film Festival.