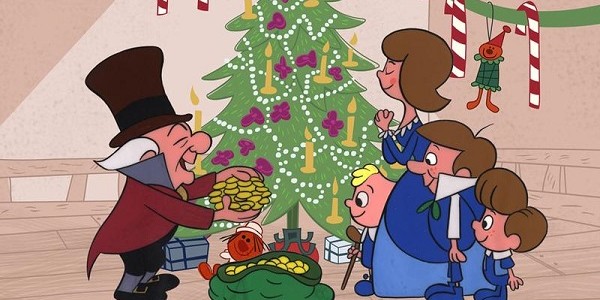 MR. MAGOO’S CHRISTMAS CAROL isn’t just a Christmas special with Mr. Magoo. It’s a made-for-TV musical Christmas special with Mr. Magoo! The songs are by Jule Styne and Bob Merrill, who would go on to write Funny Girl (“People,” “Don’t Rain on My Parade”) on Broadway. Directed by Abe Levitov, MR. MAGOO’S CHRISTMAS CAROL premiered on December 18, 1962 on the NBC Network. 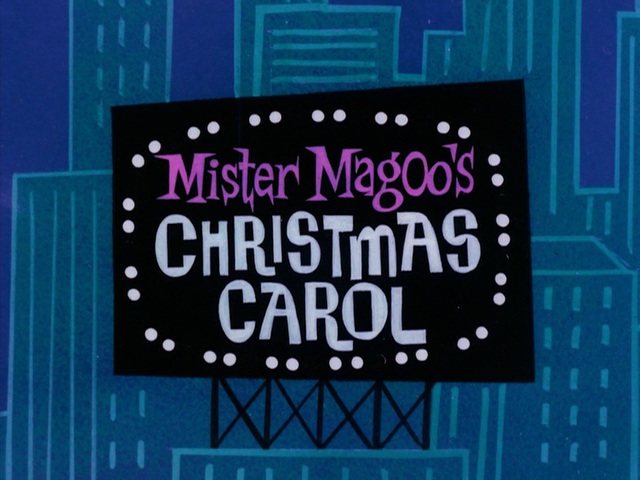 Mr. Magoo (Jim Backus) is a near-sighted, wealthy old man, so it makes a certain amount of sense to build A Christmas Carol around the character. Wisely, it was decided not to incorporate his near-sightedness in the character of Scrooge. It’s hardly the deepest version of A Christmas Carol out there, but it’s still meaningful, and the songs are terrific. Barbara Chain’s adaptation is pretty straight-forward, with one enormous exception: The Ghosts of Christmas Past and Christmas Present swap places.

The Ghost of Christmas Present now happens first, followed by The Ghost of Christmas Past, then The Ghost of Christmas Yet to Come. I suspect this was done in service of the score. The Christmas Past sequence has two songs, “All Alone in the World,” a touching duet for Scrooge and his childhood self (Marie Matthews), and the especially lovely “Winter Was Warm,” sung by Belle (Jane Kean) when she breaks their engagement. They’re both great songs, but they’re also both downer ballads, which isn’t ideal for your first act. You want people to come back after the commercial break, after all. 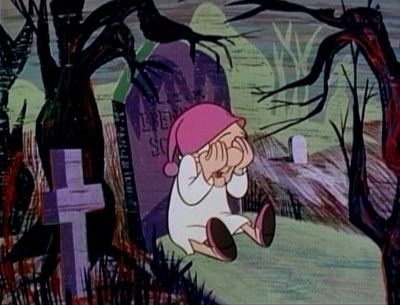 Christmas Present, on the other hand, has the Cratchit family celebrating their Christmas of meager means with “The Lord’s Bright Blessing.” It’s an uptempo number with warmth and humor and razzleberry dressing. Bob Cratchit (Jack Cassidy) sings to his family,

“We can’t afford a Christmas tree

We will someday, I vow.
Start smiling and enjoy with me
The miracle of now.”

That’s the kind of sentiment you want in your first act.

The switch also allows Scrooge to view the Cratchit family’s Christmas shortly after parting ways with Bob himself at the counting house. The revelation of Bob’s reality seems to hit him harder this way.

Other changes are pretty minor in comparison. There are wraparound segments with Mr. Magoo driving to the theater and arriving late at the beginning, and then taking his bow at the end. And Fan and Fred have been cut (again). Otherwise, it’s Charles Dickens’s A Christmas Carol through and through. 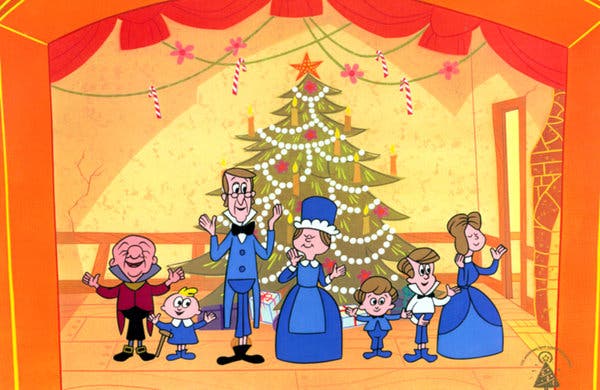 — While Mr. Magoo is walking backstage, you can see a completely expressionless light board operator. This is accurate.

— One great way that MR. MAGOO’S CHRISTMAS CAROL uses the conventions of the musical is in the first scene, when Bob Cratchit tries to sneak some extra coal while Scrooge is preoccupied with singing.

And Speaking of Television Christmas Musicals… 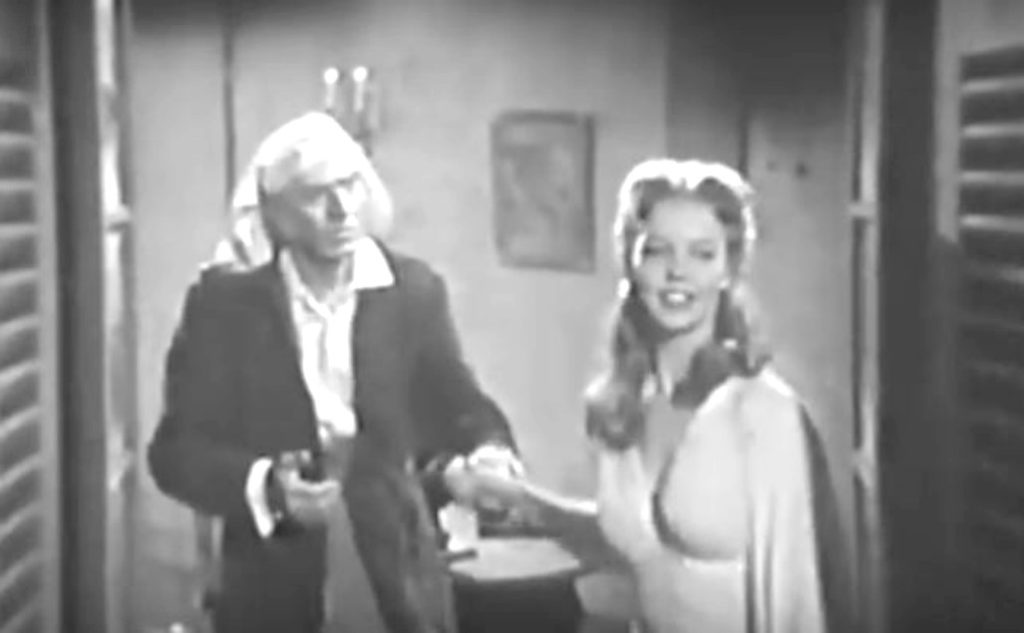 A very different musical version of A CHRISTMAS CAROL ran on December 23, 1954, as an episode of the CBS anthology series Shower of Stars, starring Fredric March (Scrooge) and Basil Rathbone (Marley). This time, the music was by celebrated film composer Bernard Herrmann, with lyrics and teleplay by Maxwell Anderson. I’ve seen several musical versions of A Christmas Carol. They almost all have a “God Bless Us, Everyone” song, but Herrmann’s is the least saccharine among them. His song is hymnal and serene. Perfect for the character of Tiny Tim (Patrick Cummings) and the tone of this production.