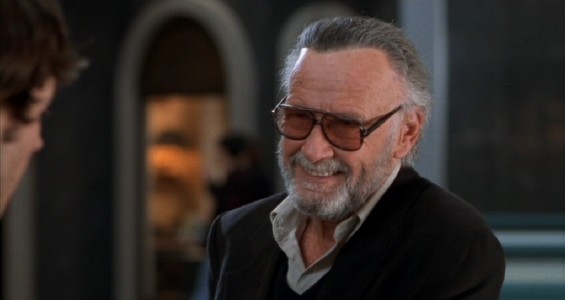 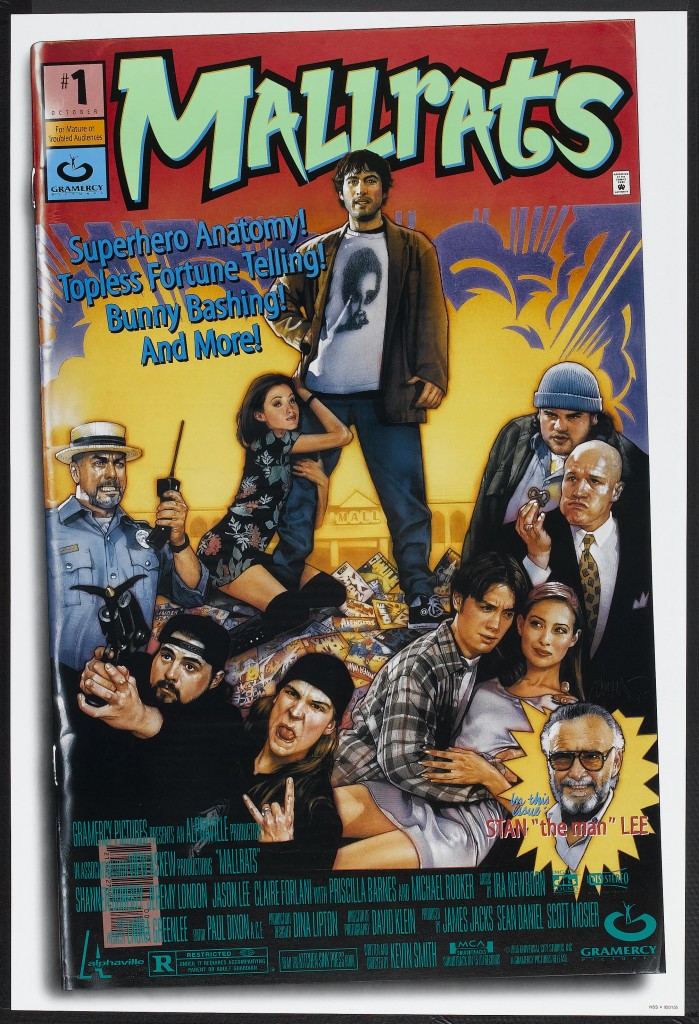 It’s interesting to thinking about how Kevin Smith’s CLERKS came out the same year as REALITY BITES. One was considered the definitive Gen-X Jr. movie of its time, but all you have to do is log onto Twitter today to read about scores of baby-men admitting to weeping over a new STAR WARS trailer to see which movie carried a more lasting impact. Still, if you’ve kept track of his career and whatever it’s become, it may be hard to remember what a fresh voice Kevin Smith was at the time. CLERKS looks like absolute shit, to put it bluntly, and the acting is amateurish in the extreme, but the voice of the author was so strong that Kevin Smith’s distinctive foul-mouthed hyper-literacy could be fairly compared, in terms of influence on the young people watching, to his significantly more visually gifted contemporary, Quentin Tarantino. The jump from CLERKS to MALLRATS, however, should not be compared to the leap from RESERVOIR DOGS to PULP FICTION, and of course, Smith never has made his JACKIE BROWN, i.e. a movie for adults about adults. (JERSEY GIRL seemed like an attempt, but JERSEY GIRL had a pivotal character named “Gertrude Steiney.”) 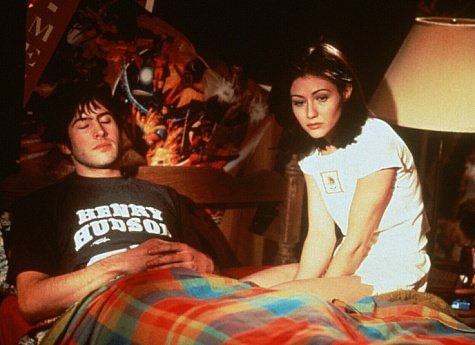 While CLERKS had a scrappy charm to its presentation, MALLRATS is far less charming, at least on a visual basis — MALLRATS is technically Smith’s first studio movie, but he stuck with the same DP (points for loyalty, at least), and it’s really a flat-looking movie, only with the addition of color. This is the main reason, I’d bet, that the reception to MALLRATS was so much icier than the way CLERKSwas received. The more one learns about filmmaking, the more ramshackle MALLRATS looks. At the time, that didn’t bother me. At the time, I loved it. At the time, Smith’s casting of skateboarder Jason Lee felt like a masterstroke — Lee was all filthy charisma, so obvious in comparison to the Hollywood-pretty Jeremy London, in the vanilla best-friend-and-theoretical-lead role. It was also a neat trick to cast Shannen Doherty as the counterpart to the beautiful but bland Claire Forlani — when it comes to movie girlfriends, let’s give Smith his due credit, he likes a feisty and smart lady who can spar on the same level as any of the guys. And it was fun to drop them into a neo-John Hughes teenage landscape, the mall. These aren’t teenagers, so it’s just a bit sadder and connects nicely to CLERKS, focused again on stubborn young men mired in adolescence. 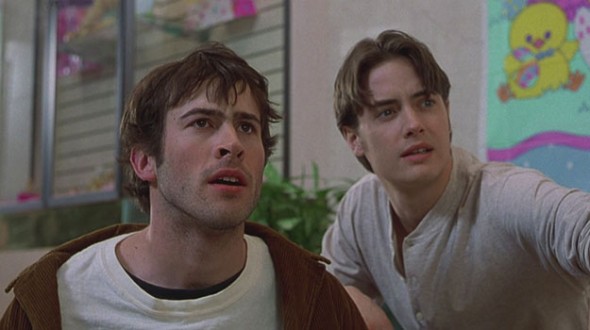 For better or worse, I saw myself in CLERKS and even more in MALLRATS: I wasn’t nearly as brash or eloquent as Jason Lee’s character, but the nerdy fury was very familiar, and something I hadn’t seen on screen before. “You fuckers think just because a guy reads comics he can’t start some shit?”

The weak, sexless, socially oblivious nerd stereotype, typified by the films of the 1980s and unfortunately back in vogue due to the success of the awful and horrendously popular CBS series The Big Bang Theory, does not adequately describe me and my friends and never did. I was always a weirdo, sure, and I loved comics and movies a little too much, but I never had a problem talking to girls and I’ve won every fistfight I’ve been in. (Granted, I could count those on a hand.) Those are the nerds Kevin Smith put on screen (at first, anyway; but let’s not talk about Comic Book Men). I appreciated that, and I still do. What the critics missed about MALLRATS was its unconventional take on an archetype, and you know, also that it was fucking funny. And with the Stan Lee cameo, it beat the modern Marvel movies to the punch by a decade. 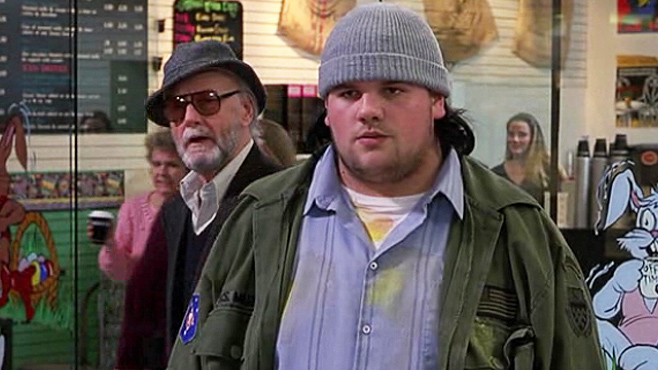 After MALLRATS, Kevin Smith made his two most personal movies, CHASING AMY and DOGMA. The rickety visual presentation persisted, but it’s fair to say that whatever the technical problems with these two movies, some of the performances, and even the scripts, Smith had an unconventional and essentially positive take on important topics like romance, homosexuality, and religion. Outside of Howard Stern, I can’t think of any single person who has done more to mainstream the idea of homosexuality to straight men — even if you object to the language or the approach, hopefully the influence stills registers as valuable, because it is. Those are the good points, and they ain’t nothing. 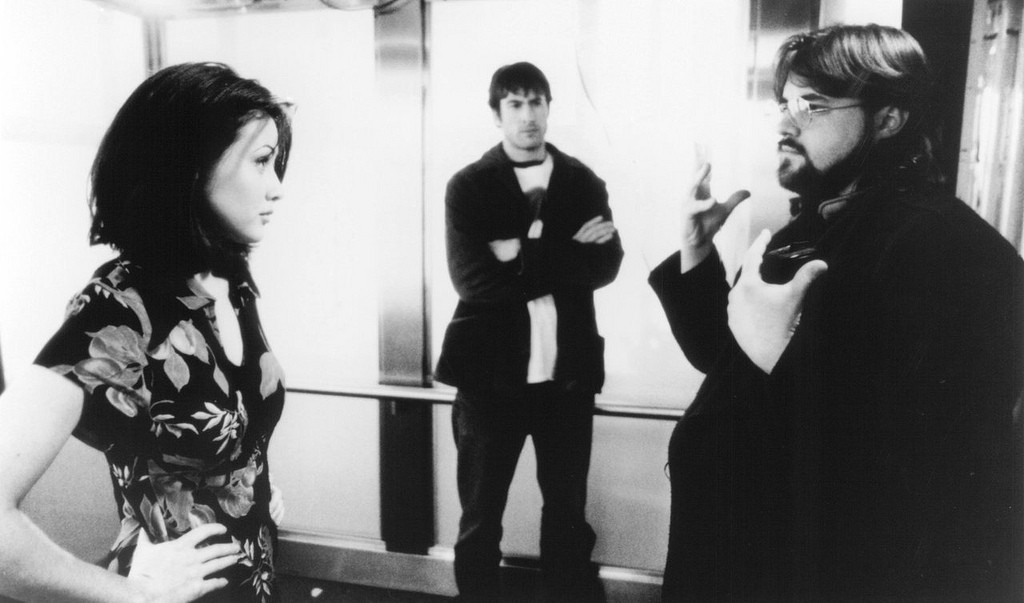 The disappointment, to me, of Kevin Smith’s unfulfilled early promise is in his steadfast refusal to develop as a filmmaker — we know he can write, but he makes the least visually appealing films of any brand-name director. The other problem is that he can’t stop himself from talking, talking, and talking, which is way too obvious an irony considering the name of his best-known character. He’s become a chronic, inveterate podcaster who occasionally makes movies, rather than a full-time professional film director, which is a shame because I’m someone who had nice things to say about his last movie, the late-inning change-up RED STATE. If only he would put less energy into all the extracurricular activities and focus on refining his cinematic storytelling and making moving pictures that match the strength of his lively, confrontational, impassioned, profane, hilarious and individualistic dialogue, he would truly deserve the indefatigable fanbase he’s accrued, and I would gladly count myself as one of them. As it is, he doesn’t, and I don’t, and that’s a bit of a bummer. But I always leave the window of hope open a crack, because sometimes hope just flies in there when you least expect it to. 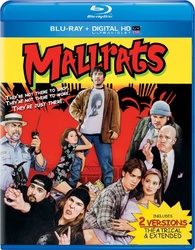