Over twenty years since its release, I think we can all agree that SCREAM is a classic. But for me, its success has always been slightly tainted by the sardonic, “hip” slasher flicks that came out in its wake. Films like I KNOW WHAT YOU DID LAST SUMMER, URBAN LEGEND, and even the first two SCREAM sequels—while seizing on the pop culture-infused dialogue of the Williamson/Craven masterpiece—largely trafficked in the sort of clichés that SCREAM had so brilliantly subverted. By the time 2001’s VALENTINE came along (from Jamie Blanks—the director of URBAN LEGEND, no less), I just could not be bothered to drag myself to the theater or video store to watch yet another slasher flick that should have gone extinct when SCREAM set fire to the subgenre. Turns out I bailed on the wrong film as I discovered with this ridiculously packed Collector’s Edition Blu-ray from Scream Factory.

A prologue set in the late-’80s finds a socially awkward young boy at a middle school Valentine’s Day dance being repeatedly turned down by one girl after another when he asks them to dance. When he ends up making out under the bleachers with an equally awkward and lonely girl, this seemingly good turn to the night goes sour as a group of boys taunt them (causing the boy to have a stress-related nosebleed) before dragging the boy to the middle of the floor where they de-pants him and beat him up.

Thirteen years later, a killer wearing a cherub mask is stalking and killing a group of young women in their mid-late 20s. And wouldn’t you know it, this killer gets a nosebleed every time a murder is about to go down. Could the group of women be those girls who turned down our poor, nerdy middle school boy? Do you even have to ask? Thankfully, the question of whether or not the killer is the grown up version of said nerdy boy is kept up in the air through a series of misdirects, red herrings, and more suspects than you could shake a stick at. So at least Blanks and the film’s four credited writers keep a small measure of mystery to the proceedings. It is the lengths that the film goes to in order to keep that mystery going that makes it fun, as the contrivances keep getting more and more outlandish. 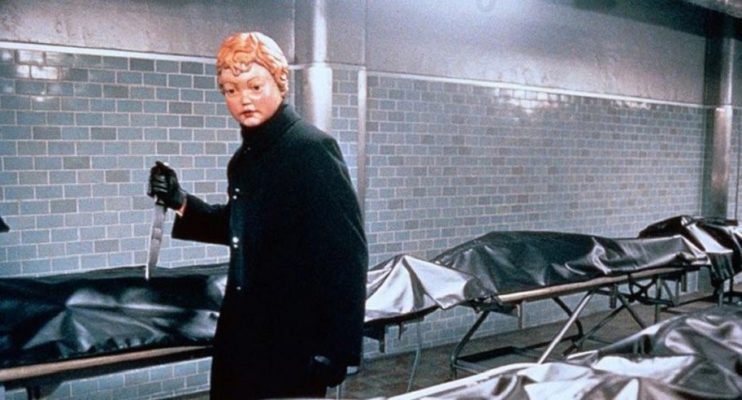 Blanks does an impressive job of keeping VALENTINE chugging along at such a pace that the viewer never stops to question the numerous lapses in logic or the fact that we know next to nothing about any of the characters. Each of the main four women are given the barest of identifiers to tell them apart: Kate (Marley Shelton) is the nice one who works as some sort of reporter, Dorothy (Jessica Capshaw) is the rich one with self-esteem issues, Lily (Jessica Cauffiel) is the goofy one, and Paige (Denise Richards) is, well, she’s Denise Richards. Acting as the supposedly “shocking” first fatality, Katherine Heigl’s character gets more shading and nuance than the other characters in about ten minutes of screen time and David Boreanaz as Kate’s estranged boyfriend battling to maintain his sobriety and win her back is given more of an arc—shallow though it may be—than any of the leads. 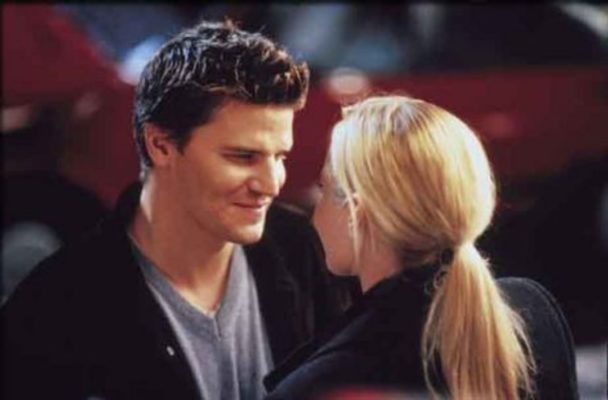 Similarly, the film is given such a slick, late-‘90s/early 2000s polish by cinematographer Rick Bota and Stephen Geaghan’s production design team that it seems to exist in a world that barely has anything in common with reality. VALENTINE takes place in some sort of fantasy world where everyone is glamorous (including every scumbag potential love interest/suspect in the orbit of the leads) and live the sort of effortlessly comfortable life found in glossy romantic comedies. If one were so inclined, it would be possible to see some sort of socio-economic subtext about the have-nots taking their revenge, but I don’t think VALENTINE has anything more on its mind than providing a framework for several impressive slasher set-pieces (which Blanks more or less confirms on both commentary tracks).

But it is hard to fault a slasher film for being more invested in the kill sequences than the characters. That is especially true when those sequences are as clever and well shot/edited (Heigl’s opening death and one set in a pretentious video art installation with a bow and arrow are the best on display) as they are here. Even with the film going light on the blood and gore, the killer’s cherub mask is a great, creepy design and the idea of a Valentine’s Day slasher villain looking like they stepped right out of a Valentine’s Day card is so obvious, I’m surprised it hadn’t been done before. 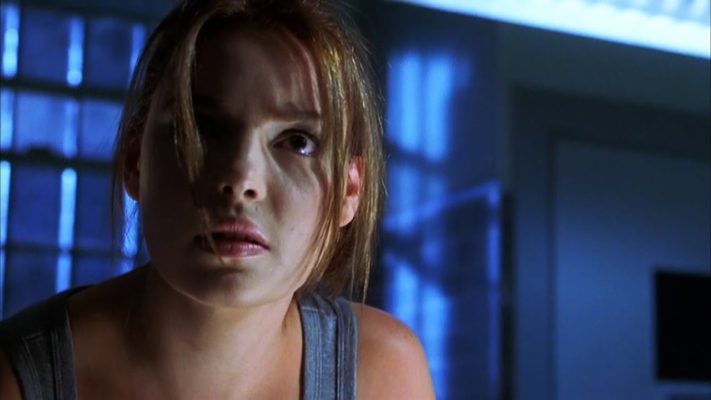 While the thinly-written characters are hardly worth caring about if they get knocked off or not, the performances do add a layer of likability to the women who are the obvious target of the killer. This is where the ridiculous contrivances to keep them alive for as long as possible kick in and provide most of the fun. As each creepy guy is lined up as a potential suspect (and there are a lot of them in this flick), Blanks takes each possible killer as far as he can before having them bite the bullet in over-the-top bits. Sure, this is the usual structure of a slasher flick, but VALENTINE takes advantage of that structure to give us such absurd moments as a man getting pummeled to death by a clothes iron being swung by its cord. This is the reason we watch slasher flicks.

While the final reveal of the killer is a little bit of a letdown (because of how obvious of a choice it is) it does come at a perfect moment and adds a more sinister layer to the film than I anticipated. Aside from that small wrinkle, VALENTINE plays very much as a super-slick, studio version of a circa-1982 slasher flick. I am still surprised by how much I enjoyed a film that could be described as such.

It is not as though VALENTINE was a micro-budget indie from the ’70s, so it’s no surprise that the new 2K scan looks great. What is surprising is just how many bonus features are included. If someone out there is the ultimate VALENTINE fan, this disc is going to blow their socks off. 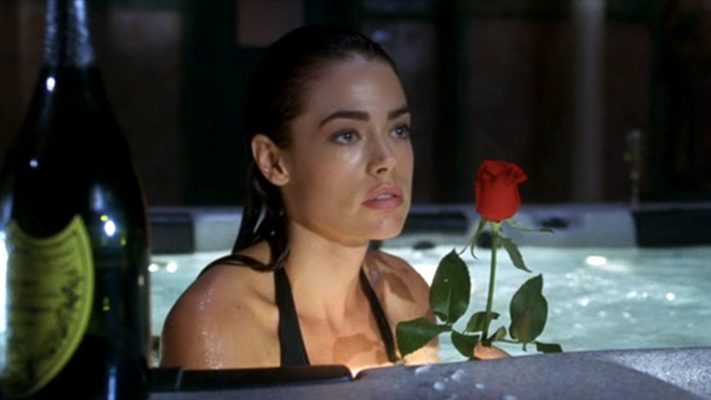 The best—and most illuminating—extra is a commentary with Blanks where he is joined by indie genre god Don Coscarelli (who is apparently a big fan of the director and the film) and moderator Peter Bracke (author of Crystal Lake Memories: The Complete History of Friday the 13th). While Blanks is always upbeat about the work the cast and crew did on the film, what emerges is a portrait of a young director who struggled to work under the constraints of studio demands. Without ever saying he was unhappy with the compromises he made on the film, Blanks is always quick to point out the numerous moments where his vision differed from Warner Bros. It is hard to blame him when he reveals such things as his cut of the film getting an R-rating, but the studio mandated he cut back on the blood and gore anyway or the fact that he wanted to reveal who the killer was (since it had already been spoiled by announcements in the trades when the casting of the actor outed them as the film’s villain) right away and change it from a “whodunit” to a “whydunit.” Despite his first two American films turning a profit, it’s not surprising that Blanks returned to Australia to continue his film career—curiously, largely as a composer of scores—following VALENTINE. An older commentary from the film’s previous DVD release is included and features a less frustrated Blanks, but adds nothing you cannot get from the newer, better one. 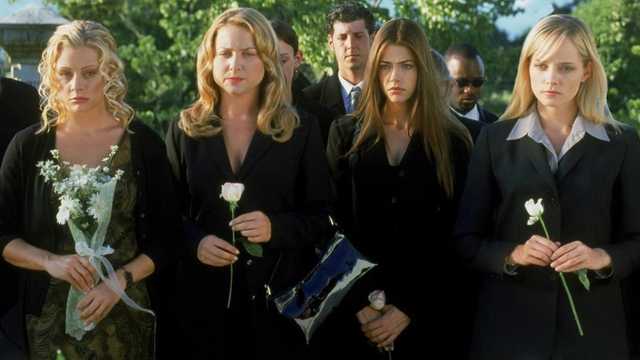 For a nice change of pace, there are more than just a handful of new interviews with the cast (although there are those—Richards, Shelton, and Cauffiel all have predictably, but seemingly sincere–nice things to say about the film and Blanks). Interviews with Don Davis (composer of the film’s excellent score) and editor Steve Mirkovich get deeper into the nuts-and-bolts of how they work on a film than these sorts of things usually go. An interview with co-writers Gretchen J. Berg and Aaron Harberts starts out as an interesting lesson in the re-writing process before honestly becoming exhausting in the tangents they sometimes wander off on.

There is a ridiculous amount of behind the scenes footage, the usual trailer/teaser/TV spots, and the original EPK included. Of the older material on the disc, the best is a couple of minutes of deleted scenes that show how much bloodier Blanks’ cut of the film was. Unfortunately, the quality of this footage is not great, appearing to be taken from an old work print. 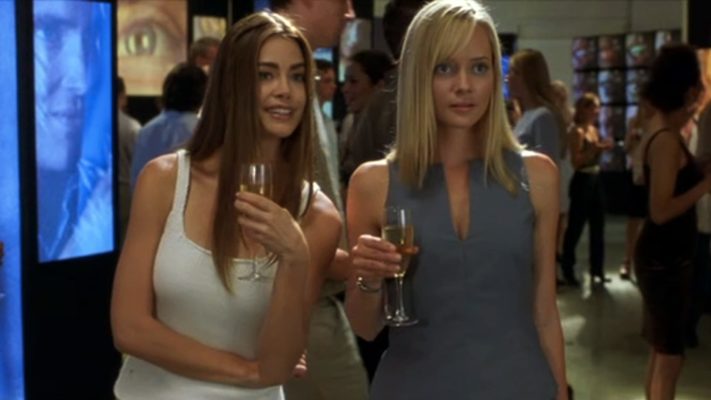 Despite my expectations going into the film, I had fun with VALENTINE. I am still a little surprised that it has been given such an extensive Collector’s Edition, but I’m glad that it exists. If you are even a casual fan of the film, this is a disc well worth having. 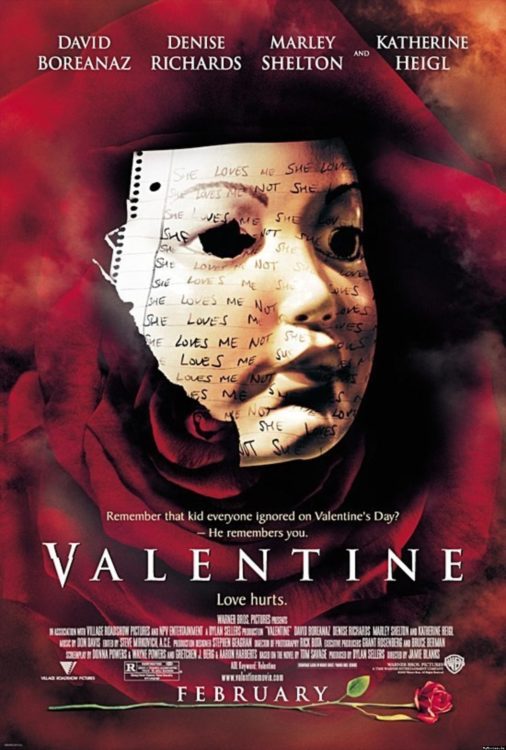