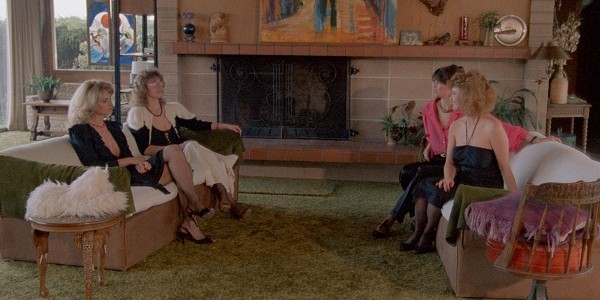 Vinegar Syndrome has been heavily focused on adult film for the past several months, and are gearing up for more general exploitation and horror releases in the immediate future (as well as introducing their new imprint, Etiquette Pictures), but not before getting one more Carlos Tobalina double feature out there. Previous films by Tobalina released by Vinegar Syndrome have ranged from the completely incoherent to staggeringly offensive, and occasionally both. Never one to worry about a coherent storyline or adhering to a basic level of technical competence, Tobalina’s work is generally the weakest of the Peekarama line of discs. The latest double feature splits the difference. 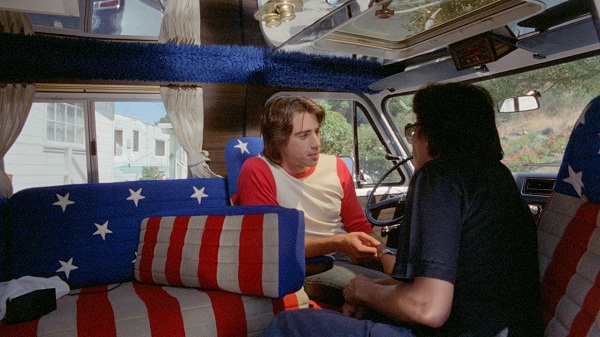 Feeling sorry for Fernando, Dave buys him a present: a book entitled “Sex Through Hypnotism.” Fernando studies the book and is soon hypnotizing women into having sex with him everywhere he goes, even though his fiancee is waiting to come to America to marry him. Dave warns Fernando not to overdo it, but the man can’t help himself. Fernando ends up in the hospital, and not to spoil anything, but there’s a reason this is the last film Fernando played this character. The end of the film nods to a very specific and popular “shock” ending from a 70s horror hit in such a way that it’s almost worth sitting through the entire film just to see. Almost.

Things turn around quite a bit with LADY DYNAMITE (1979), starring Colleen Brennan in the title role. When she goes to the doctor (played by Carlos Tobalina) for her regular check-up, the doctor gives her a penicillin shot to treat a case of gonorrhea. Knowing she had to have gotten it from her husband (Shone Taylor), she goes home to confront him about his infidelities before setting out on some sexual adventures of her own. She calls up an old friend (Blair Harris) who’s made no secret of his lust for her in the past, and then joins three young ladies for a all-girl party. They’re later joined by four male strippers for a typical Tobalina-style orgy set to a pretty hilarious disco song featuring a female singer asking “Where’s the Beef?” and a deep-voiced man responding “The Beef Is Here.” Eventually, she goes back to confront her husband again, but things don’t quite end the way he (and possibly the audience) expect them to. It’s not great, but LADY DYNAMITE is probably the best Tobalina film Vinegar Syndrome has released so far.

Both features were scanned and restored in 2k from the original 35mm camera negatives, and LADY DYNAMITE in particular looks fantastic with sharp image detail and color that really pops off the screen. COME UNDER MY SPELL suffers a bit from several shots that are out of focus, but otherwise looks great. This double feature disc also includes trailers for both films. While LADY DYNAMITE is a high point in the Tobalina films that Vinegar Syndrome has released so far, and worth the purchase price of this disc by itself — here’s hoping they take a break from releasing his work for a while. There’s only so much Tobalina anybody can take.