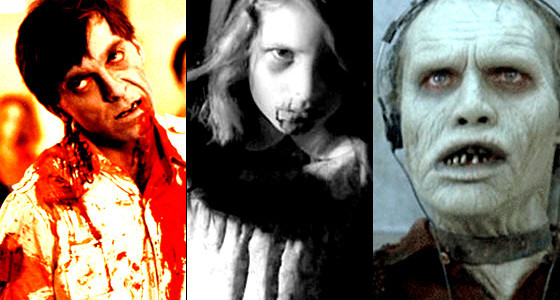 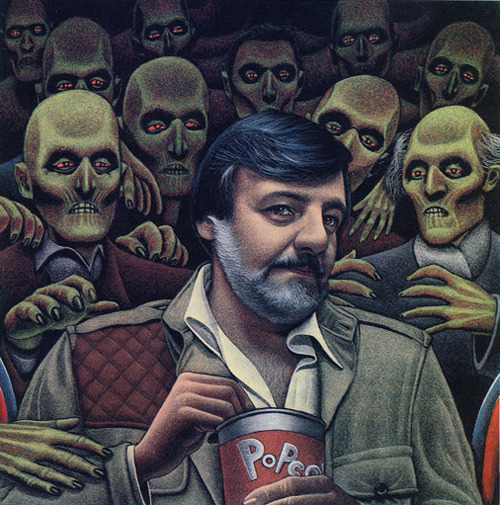 Many of our Daily Grindhouse writers have paid tribute to iconic director George A. Romero this week, so I wanted to take some time in this column to do the same.  There’s little doubt that the world of the horror film wouldn’t be the same today without Romero’s influence, as a good portion of the cult film media consumed today can be traced via a direct line to his original DEAD trilogy.   He was a fantastic filmmaker in every sense of the word, creating unique visions that used horror as a way to explore humanity, rather than just going for a cheap scare.

Looking at Romero’s legacy from the point of the films available on streaming, however, presents a bit of a problem, and one that exemplifies how crucial physical media remains.  Three of his best films, DAWN OF THE DEAD, MARTIN, and SEASON OF THE WITCH, aren’t available on any streaming platform, even as a single-ticket rental, and can only be seen legally by audiences if they have access to the long out-of-print DVD incarnations.  (THERE’S ALWAYS VANILLA is also entirely absent an online presence, though that’s more of a curiosity than anything.)  It’s a testament to how streaming can be seen as a replacement for television (in which the availability of certain titles changes on a frequent basis, and access is undependable, if less expensive and space-consuming) but only a companion for physical media, which is costlier and takes up more space, but allows for considerably more permanence.  (SEASON OF THE WITCH and VANILLA, mind you, will soon have this situation rectified by Arrow’s upcoming release of a triple-bill of Romero films, but the other two remain confined to the collector’s market for the forseeable future.)

It’s all the more ironic for several of his films to be essentially inaccessible by most film films, as its omnipresence is part of what made Romero’s NIGHT OF THE LIVING DEAD as well-known as it is.  Entered into the public domain due to an error on the part of the original distributor, the status meant that anyone could show the film legally, resulting in it being released on VHS countless times by eager, fly-by-night distributors and shown on television (mostly on UHF stations desperate for content) so often that you couldn’t be a horror fan without stumbling across it at least once a year.  While well-regarded in its original release, NIGHT OF THE LIVING DEAD’s legacy was compounded throughout the ‘70s and ‘80s not only because it was good, but because it was there.

That omnipresence is reflected today in the film’s availability on streaming.  You can watch 1968’s NIGHT OF THE LIVING DEAD on Hoopla, Amazon Prime, Epix, Shudder, and Realeyz, and can rent it from several sources as well.

Other Romero films aren’t as lucky.  Here are where to catch the other titles from one of film’s greatest independent filmmakers – if a title says “stream free,” the sources are free of charge (but sometimes include commercials), “stream” means that it is a subscription-based service, and “rent” means there is a charge to rent the streaming title, usually around $2.99-$4.99.

KNIGHTRIDERS (1981): Stream free on Shout Factory TV (with or without commentary) or Vudu, rent from several sources.

DAY OF THE DEAD (1985): Stream free on Shout Factory TV or Vudu, rent from several sources.

Tales from the Darkside: Stream all of the George Romero-written episodes from his anthology series on Shudder.

NIGHT OF THE LIVING DEAD (1990): Stream Free on Crackle, Stream on Shudder, or rent from several sources.

SURVIVAL OF THE DEAD (2009): Stream from Hoopla, or rent from several sources.

BIRTH OF THE LIVING DEAD: Stream this Romero documentary from Amazon Prime, or rent from several sources.

NIGHT OF THE LIVING DEAD: THE AUDIO BOOK: Listen to this audio version of the classic on Hoopla.

The Dick Cavett Show: Horror Highlights: Check out the October 16-17, 1980 episode of the vintage talk show in which Romero and Stephen King talk about CREEPSHOW on Shout Factory TV.

Now, on to this week’s new-to-streaming titles. 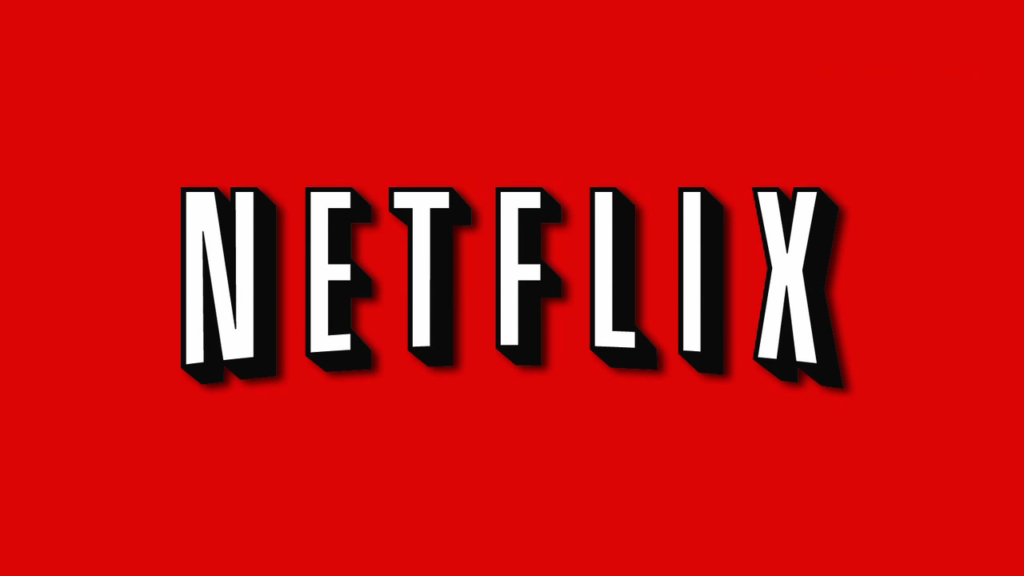 The big new release is the fantasy pic ROGUE ONE: A STAR WARS STORY, but you can also check out the 2007 assassination thriller VANTAGE POINT with Dennis Quaid, Forest Whitaker and Sigourney Weaver and the 2013 Spanish thriller DEMON INSIDE (aka ESPECTRO). Also check out the Yugoslavia fictional documentary HOUSTON, WE HAVE A PROBLEM, looking at the Yugoslavian space program. 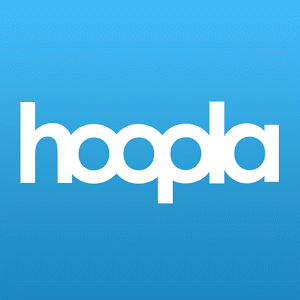 New additions to Hoopla include the documentaries WITH GREAT POWER: THE STAN LEE STORY and IT’S ALWAYS ABOUT THE STORY: CONVERSATIONS WITH ALAN LADD, JR., Bruce Willis, John Cusack and Jason Patric in the 2014 thriller THE PRINCE, and the 2017 ghost story THE FORGOTTEN. 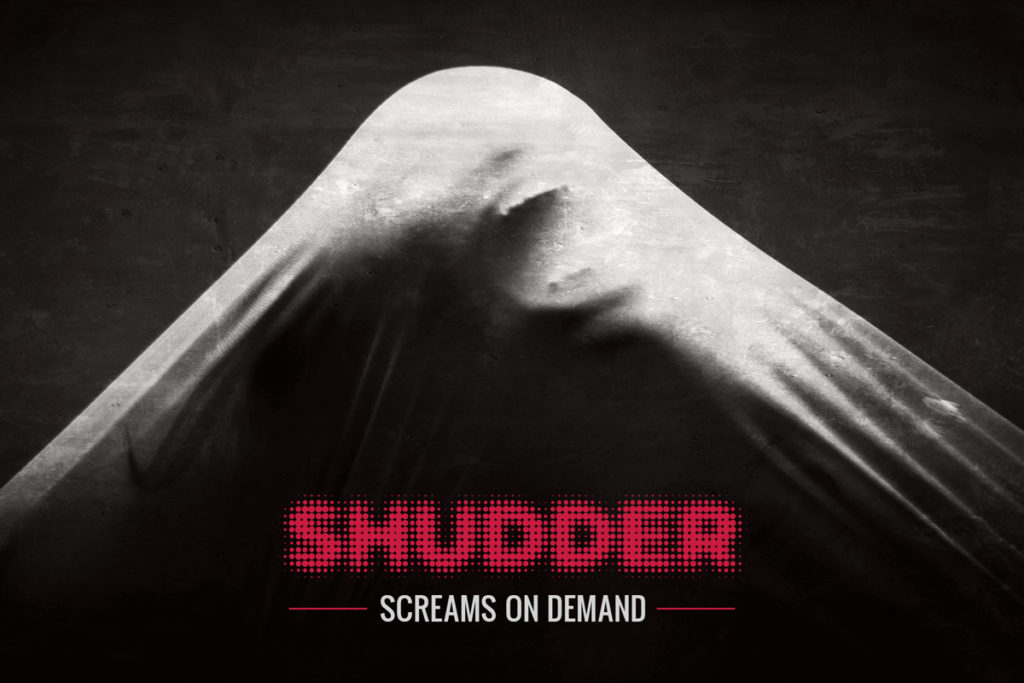 Shudder has added Jess Franco’s hypnotic and recommended 1974 film VAMPYROS LESBOS to its archives, as well as the recommended 2008 French thriller TELL NO ONE, and the German thrillers THE SILENCE and SNOWMAN’S LAND.

New additions of note to Hulu include Don Coscarelli’s incredibly fun JOHN DIES AT THE END, the excellent British serial killer series The RED RIDING trilogy, the paranoid documentary INSIDE JOB and the WWII-set horror pic SOLDIERS OF THE DAMNED.

It’s a slow week, but it’ll give you time to catch up.  Besides, it’s summer!  Maybe go outside or something?