Like its American cousin the slasher, the Italian giallo can come in many forms. It can be a straightforward horror-thriller, it can be a sleazy soft-core sex romp, or sometimes it can be something more: classy, with much more of an emphasis on mystery than on chilling murder sequences or titillating sexuality. That’s where WATCH ME WHEN I KILL (also known as THE CAT’S VICTIMS, neither title of which is relevant to the plot) comes in. 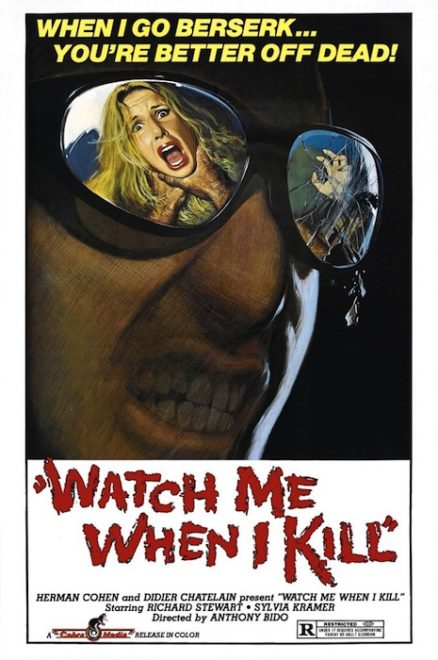 Directed by Antonio Bido (BLOODSTAINED SHADOW), 1977’s WATCH ME WHEN I KILL feels like the redheaded stepchild of the giallo sub-genre—not because it barely contains the same elements as more notable gialli like Argento’s FOUR FLIES ON GREY VELVET or DEEP RED, but because it contains just enough giallo elements to still be considered one. And again, like the slasher, the giallo commands certain concepts that help to identify the films that fall within its confines. Above all else, is there a killer, masked or otherwise obscured, committing murders? Once the killer is revealed, is there some personal vendetta tied to the person investigating the murders, who may have been a potential target from the start, or who then becomes one after his or her investigation puts them directly in the killer’s crosshairs? According to those parameters, WATCH ME WHEN I KILL falls into that sub-genre, and while I’m not saying it’s not a giallo, it’s not the kind of experience one has come to expect–not in execution, and certainly not during the final reveal.

WATCH ME WHEN I KILL is carefully and maturely rendered. We’re far from the sleazy shocks of Andrea Bianchi’s STRIP NUDE FOR YOUR KILLER or the psychedelic dreamscape of Sergio Martino’s ALL THE COLORS OF THE DARK (both of which happen to star the gorgeous Edwige Fenech), but closer to one of Lucio Fulci’s most respected works, DON’T TORTURE A DUCKLING. I’ve seen other reviews describe WATCH ME WHEN I KILL as gory, bloody, and graphic, and sure, with this being both Italian and a giallo, there’s a bit of blood in this, but I’d never use the words “graphic” or “gory” to describe it. Maybe it’s because the film’s finale has depressing and melancholic real-world connections and implications, or maybe the film benefits extra from having been viewed alongside another Italian almost-giallo, PAGANINI HORROR, which is the antithesis of this experience, WATCH ME WHEN I KILL feels patient, focused, and I’ll say it again: mature. 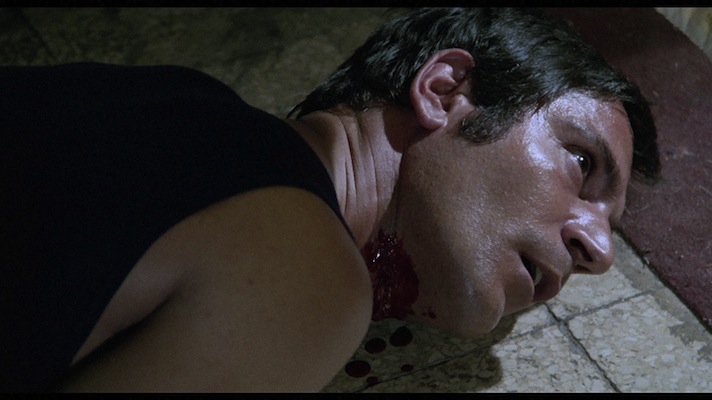 Synapse Films continues to do strong work with their titles, remaining true to their release schedule of only focusing on a few titles at a time and giving them their full attention instead of relying on the assembly line approach that other third-party distributors tend to do. WATCH ME WHEN I KILL looks great, offering a very clean and stable image. Grain is present but never overwhelming, and there are no signs of print damage whatsoever. A small piece of hair or debris shows up in a couple shots during the second act, but lasts no longer than twenty seconds or so. Beyond that, I have no complains about the video presentation, nor do I about the audio as well. Synapse’s presentation looks and sounds great.

I’m glad that Synapse has chosen to give the film a new lease on life. Though they’ve released a stunning restoration of perhaps the most famous Italian horror film of all time, Dario Argento’s SUSPIRIA, I like that they’re shining an additional light on some of the subgenre’s more unheralded titles. So long as you’re not expecting the kind of slasher-film experience that other gialli titles offer, WATCH ME WHEN I KILL gets an easy recommendation