The New York Korean Film Festival is back!!

Opening November 20th with the absolutely fantastic GYEONGJU (with director Zhang Lu present for a Q&A session) the series returns to Subway Cinema after beginning in 2001!!! This year Subway Cinema is partnering with BAMcinématek and The Korea Society to bring you the 12th edition of the festival. As an extension of the festival, DramaFever will host two additional films streaming online: Lee Jae-kyoo’s 18th-century costume drama THE FATAL ENCOUNTER, about an elaborate plot to assassinate the king; and Lee Myung-se’s visually ravishing M, featuring complex dream sequences and expressionist nightmares of a novelist suffering from writers’ block. All films in Korean with English subtitles

In this poetic, sentimental journey in the vein of Hong Sang-soo, Peking University professor Choi-Hyun (WAR OF ARROWS’ Park Hae-il) returns to the city of Gyeongju to attend a friend’s funeral. Spurred by the memory of an obscene picture he saw seven years ago on the wall of a teahouse, he proceeds on a strangely aimless quest, fumbling between tantalizing possibilities of erotic satisfaction or perhaps something of a more spiritual nature. Drawing comparisons to Hong Sang-soo and Richard Linklater’s BEFORE series, GYEONGJU is “exquisitely observed…the cinematic equivalent of a good Haruki Murakami novel, complete with a few delicately supernatural touches.” (Peter Debruge, Variety) The year’s most controversial box office hit was this feature based on the life of former South Korean president Roh Moo-hyun. Set during the country’s military dictatorship, it chronicles the moral transformation of a pragmatic, mercenary, and somewhat shady attorney-at-law Song Woo-seok (Song Kang-ho, beloved for his roles in THE HOST and this year’s SNOWPIERCER), who only got into the legal profession for the money. But everything changes when he decides to challenge the country’s National Security Law by taking on a student activist (Yim Si-wan), who has been unfairly arrested and tortured by the government, as his client. A selection of the Directors’ Fortnight at this year’s Cannes Film Festival, this slick police thriller follows detective Ko Gun-soo (Hong Sang-soo regular and blockbuster frequent flyer Lee Sun-kyun) on a breathless race against karma and all sorts of odds and (deadly) ends. After running over a stranger on an otherwise deserted, dark highway, he hastily shoves the dead body in his trunk in a moment of wild panic, buying himself a world of trouble. What follows is a super-charged mix of bone-crushing action, chases, black humor, and social satire, proving once again that no one makes smart genre films the way Koreans do. 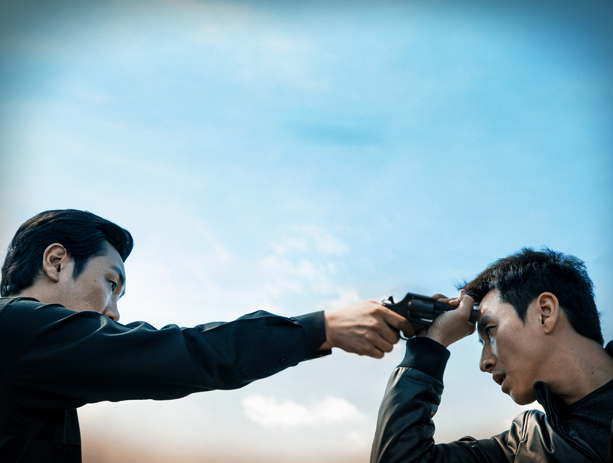 The blockbuster to sink all blockbusters, this massive sea epic depicts the 1597 Battle of Myeongryang, in which a formidable Japanese fleet threatened the very existence of the peaceful peninsula. In a desperate, defiant last stand, Korea’s most celebrated historical hero, Admiral Yi Sun-shin, portrayed by Choi Min-sik (Besson’s LUCY, Park Chan-wook’s OLDBOY), tries to save his homeland with only a dozen ships at his command and his fierce determination not to go down without a good fight. One of Korea’s most inventive writer-directors Jang Jin (Welcome to Dongmakgol) returns from a three-year hiatus to subvert the detective genre and established notions of Korean masculinity. Detective Ji-wook (Cha Seung-won) is the most bad-ass cop in town, never missing an opportunity to beat the crap out of the bad guys. But just as he decides to move forward with getting a sex-change operation, his plans are derailed when a gang that he has busted starts hurting people close to him. Korea’s answer to PIRATES OF THE CARIBBEAN is this family-friendly, Hollywood-style swashbuckling period comedy, powered by an ensemble cast, including Son Ye-jin (WHITE NIGHT, MY WIFE GOT MARRIED) as a lady pirate and Kim Nam-gil as the unshaven beau. Follow four rival parties of pirates, bandits, and soldiers as they search for a grey whale that swallowed a royal seal—and encounter sea wenches, a bad guy with an eye-patch, and slapstick aplenty. Arrrrr! This comedy of manners chronicles 24 hours in the intertwined lives of young clerks working at the same convenience store. Structured in 13 episodes, the film brings into the spotlight the private joys and tears of usually invisible people, revealing a fascinating world of part-timers, college dropouts, North Korean defectors, and social outcasts eking out a living in the interstices of ultra-consumerist South Korea. 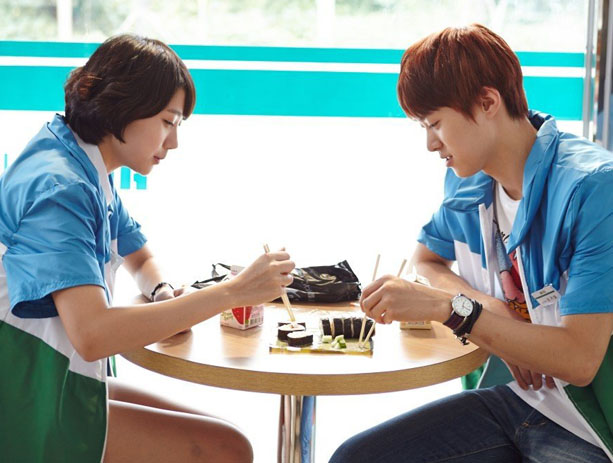 [NOTE: This article is a cut-and-paste job, put together quickly because A) I haven’t seen any of these movies YET and B) I wanted to get this up so anybody in the area could see it. At the very least, and especially because SNOWPIERCER made such a worldwide impact this year, this article should make a handy to-do list for anyone anywhere interested in Asian cinema.]