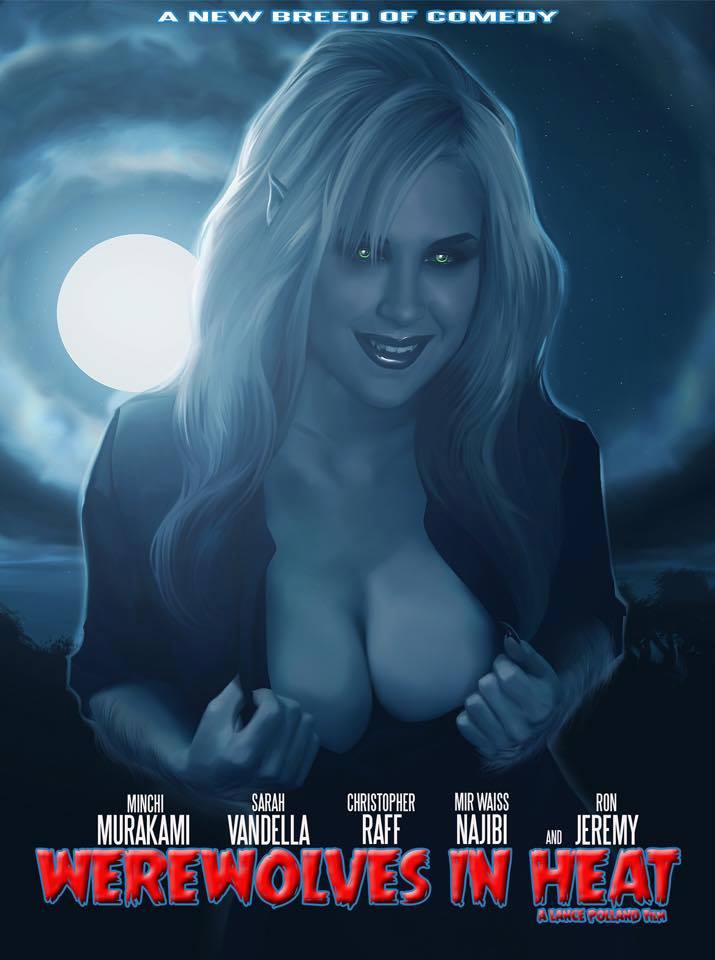 Sometimes with a movie,  you know you have to just sit back and go along for the ride. WEREWOLVES IN HEAT is exactly that — not to mention it includes alumni actors from the cult horror classic BLOODY BLOODY BIBLE CAMP — so how can you go wrong?!

“Werewolves is a film that started out as a comedy western idea and evolved into an 80’s style throwback comedy revolving around bikers, nerds, and sexy werewolves,” says Polland. “One thing about werewolves I wanted to do was to use a diverse cast that includes Minchi Murakimi, Mir Najibi, and of course, genre favorite Christopher Raff, who I’d worked with on two previous films. BLOODY BLOODY BIBLE CAMP star Ivet Corvea also stars as a fierce werewolf in heat, along with Sarah Vandella.

We are also treated to the special appearance of BLOODY BLOODY BIBLE CAMP Director Vito Trabucco!

Once I had everything in place and nailed down the tone of the film, I knew I had to get adult sensation Sarah Vandella for the lead. I had met Sarah several years ago, and she made a good impression as somebody who I considered not only beautiful, but a really talented actress. So safe to say I was very pleased when she read the script and said yes.” 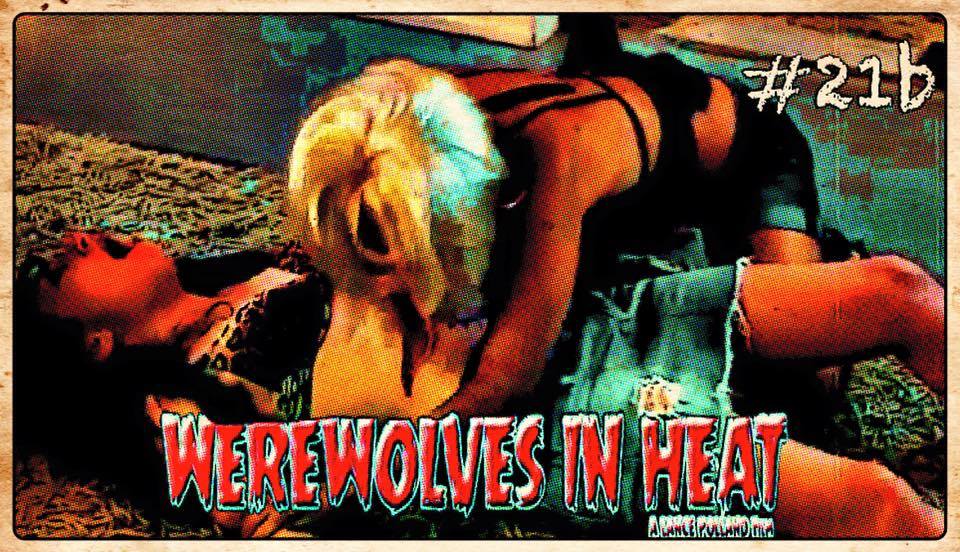 “We have a pretty large cast, and a great cameo by film legend Ron Jeremy, who had also appeared in BLOODY BLOODY BIBLE CAMP. WEREWOLVES IN HEAT almost didn’t get made. We started production on December 8th, 2012, and then a main investor flaked out, as often happens in this business, so for a while things seemed bleak, but then after cutting the footage together of the scenes we had filmed, I knew I was onto something, and had to get this film finished. Through a small Indiegogo campaign and by scraping every penny I could find. we gathered the cast together almost two years later and finished the movie.” 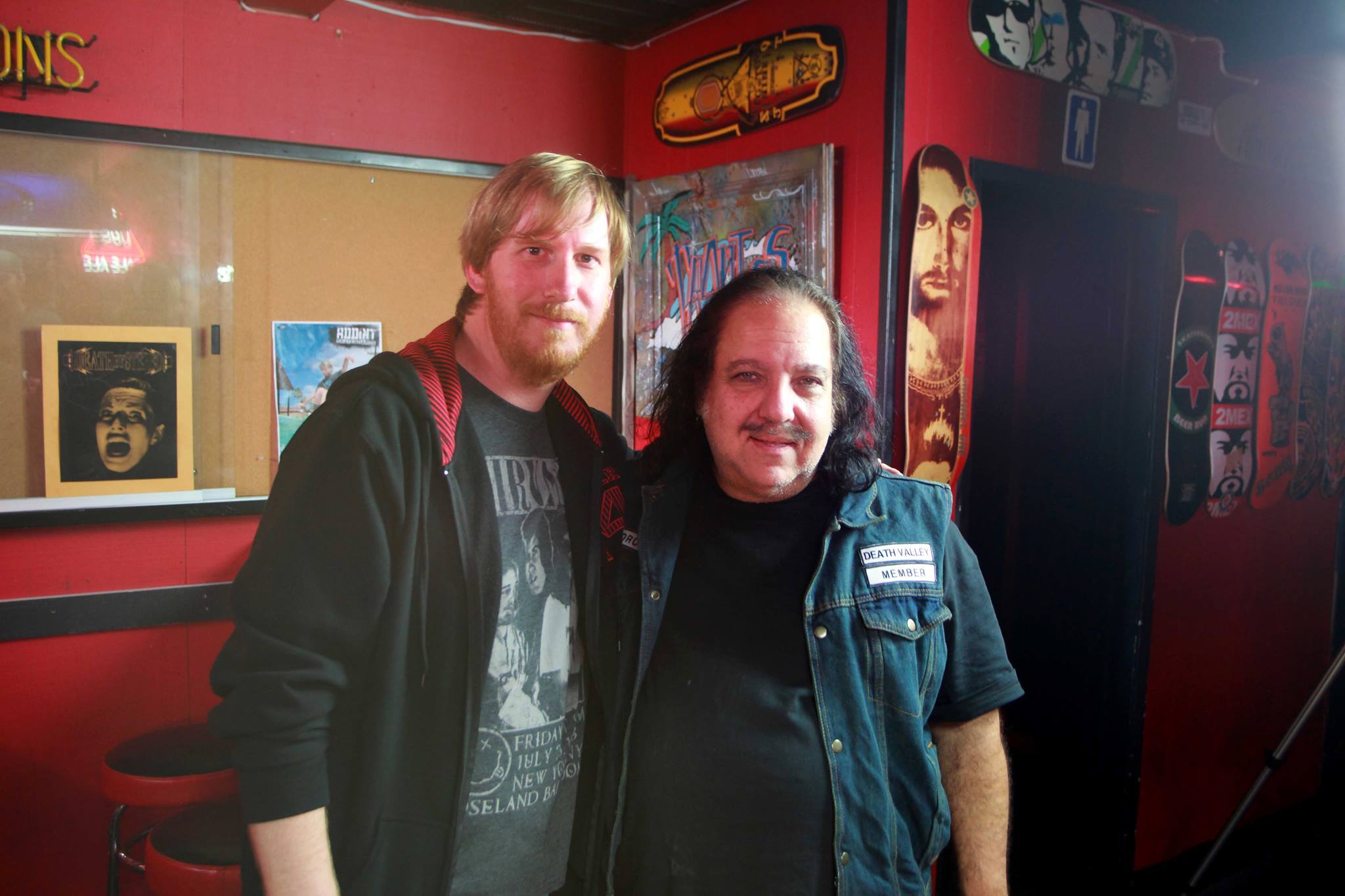 All of us at Daily Grindhouse and Cult Movie Mania are glad Lance finished this unusual yet sensual she-wolf masterpiece . So what up next for Lance Polland? “I’m looking forward to my next project. although I am having trouble deciding between two screenplays I want to direct. I have a pretty good script for a different kind of aquatic horror-comedy, or else I’ll be going into a completely different direction with an over-the-top 1980s-style action-comedy. I guess I’ll flip a coin…”

WEREWOLVES IN HEAT‘s DVD movie release is December 8th 2015. You can pre-order and get it here directly from the Cult Movie Mania store.

CLICK OUR CULT MOVIE MANIA  LOGO  TO GO TO OUR STORE & WATCH THE TRAILER! 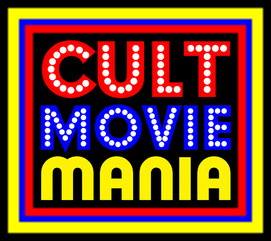 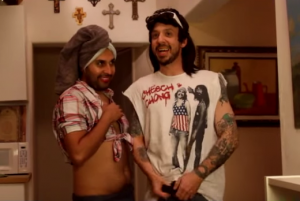 Look who shows up in WEREWOLVES IN HEAT 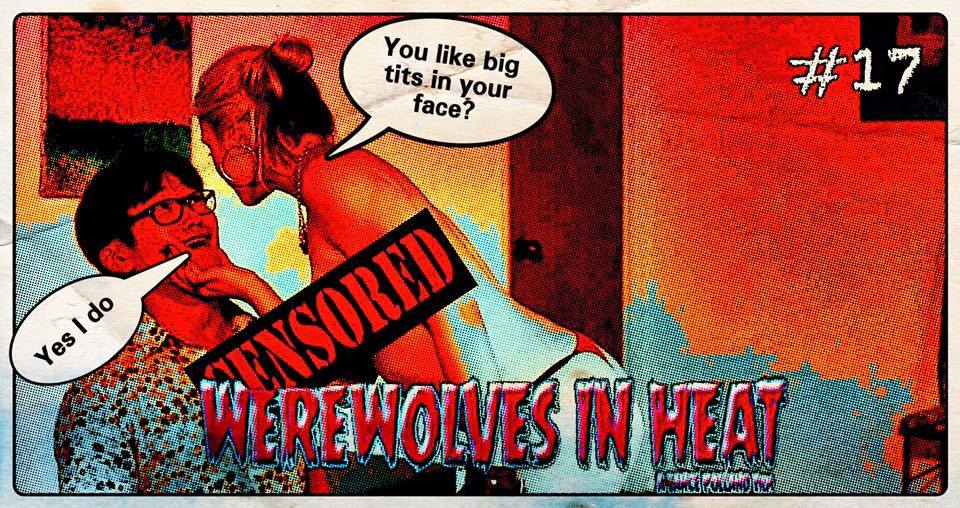 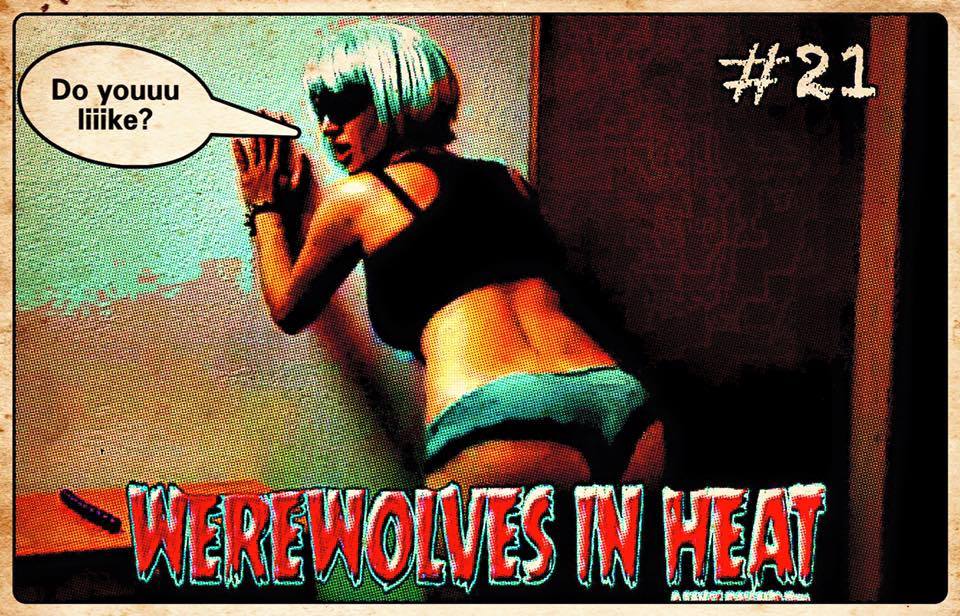 Does a werewolf shit in the woods?? I don’t know but YESS we liike!!!!