Okay, today is a monsoon of movies. The festival is going out huge in its final weekend. Tomorrow is equally packed. Give a look over today’s schedule — a couple screened earlier in the month, but all of them sound fascinating.

The NYAFF is being presented by Subway Cinema (visit them here), and almost all of the screenings are taking place at the Film Society Of Lincoln Center (find a more complete rundown here) — but today’s pair will be held some ways downtown, at the Japan Society. 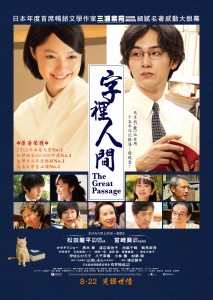 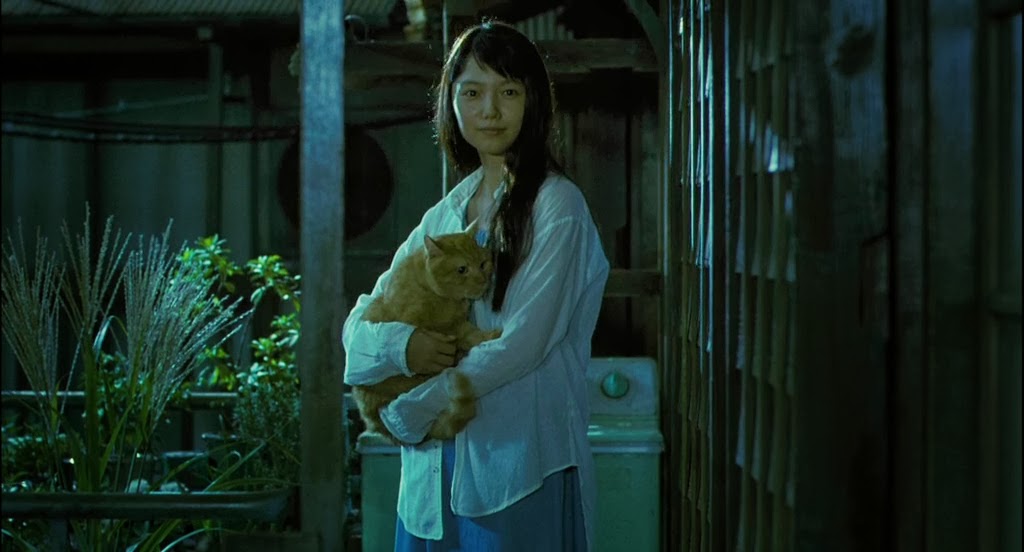 How would you define the word “right”? Cult arthouse director Yuya Ishii (SAWAKO DECIDES) has racked up all the top honors at the Japan Academy Awards earlier this year with this deceptively simple yet immensely captivating, existential comedy/drama featuring a charmingly nerdy editor, Majime Mitsuya (Ryuhei Matsuda) who spends decades dutifully writing and compiling definitions for a “living language” dictionary entitled The Great Passage. On the surface an oddball ode to logophiles, the film is in fact a deeply humanist tribute to the power of language to connect people as well as a poignant study of life’s slow but steady progression. Beginning in the pre-Internet mid-1990s, THE GREAT PASSAGE starts with the passing of the massive dictionary project from longtime editor Kouhei Araki (Kaoru Kobayashi) to the solitary, socially inept Majime. As he painstakingly strives to steer the insane project into existence, he earns the friendship of his colleagues including the woman-and-booze-loving Masashi Nishioka (Joe Odagiri), as well as finding love with Kaguya Hayashi (Aoi Miyazaki), his landlord’s granddaughter. Achieving a fine balance between serious comedy and light drama, the film offers a moving meditation on the possibilities of teamwork, seeking worlds within words, and ultimately finding a reason to live. 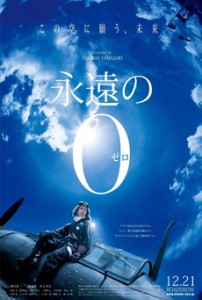 Japan’s biggest hit last year, and one of the 10 top-grossing Japanese films of all time,THE ETERNAL ZERO will no doubt provide the most extreme film experience of the NYAFF/Japan Cuts 2014 lineup. Infuriating in its ideological and political black holes as it is exhilarating in its superb visual artistry, particularly the grand cinematic spectacle of airborne combat that bookends the story, THE ETERNAL ZERO follows the quest of a young man investigating the life of his late grandfather, the reluctant kamikaze pilot Kyuzo Miyabe (Junichi Okada, in his best performance yet) during the Pacific War. The quest goes from ever-more-troubling revelations to shocking truths about heroism, history, and his own family. In flashbacks that progressively reveal that his alleged cowardice in battle actually concealed a specific moral philosophy of survival, the film becomes not just an ambiguous war movie but a touching celebration of family values and ordinary individualism. In addition to the raw emotions it stirs in its depiction of the cruelties of war, the film generously shares the sensory rapture of breathtaking airborne battles, with sumptuous visuals of the Zero fighter planes in deadly action. Kinetic, emotionally intense, but also politically and morally thorny, it is, in short, a film that will leave no one indifferent.

An ambitious, brooding character study that intelligently tackles heavy issues like press ethics, the nature and causes of crime, the throes of guilt, the (im)possibility of redemption, and, at the deepest level, everyday banal evil, THE DEVIL’S PATH is a slow burn that shows the hellish torment of a guilty conscience as it chronicles the case of a condemned yakuza played by actor-singer Pierre Taki. Seeking revenge on his former accomplice he reaches out to a journalist (Takayuki Yamada), and reveals details about three unknown killings. The film is a claustrophobic journey to the end of the night, and like the journalist to whom the dark tale is told, hardens its emotions, anxieties, and energies into a hard shell of obsession. For the death-row gangster who’s now found God, killing is (was?) just part of the package—the costs of doing business as a yakuza. For his smilingly two-faced accomplice (Lily Franky), killing is just fun. And fun is good. THE DEVIL’S PATH is caught between these two stygian souls as it relates their deeds, and it ultimately becomes an expression of philosophical despair: truth and justice can never be known. 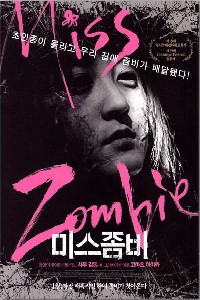 Carefully blending horror tropes and thriller elements into a formally restrained, razor-sharp social satire that lovingly melds the humdrum and the deranged, Sabu’s MISS ZOMBIE is a movie so dense it could bend light: running at 85 minutes, it’s a work of compact beauty, predominantly monochrome and largely free of dialogue. On one level the film is an impossibly off-kilter housemaid drama, in which rich family man Dr. Teramoto (Toru Tezuka) receives a very special delivery: a crate containing a mail-order female zombie maid (actress-model Ayaka Komatsu), complete with an instruction manual prescribing a vegetarian diet, a cautionary note against any meat, and a gun… just in case. Teramoto’s wife, Shizuko (Makoto Togashi, Guilty of Romance), promptly puts the zombie to work, assigning her the dreary task of scrubbing the garden patio—surely a job only a brain-dead zombie could endure. Soon she is physically and sexually abused by those around her and things take an ominous turn. This is the other level of the film, a dark, melancholy tale of maternal love and revenge, full of dry, ironic humor and abrupt twists, which playfully challenges the audience’s expectations. 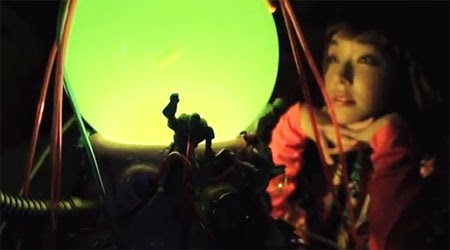 Winner of the Grand Prix at the 24th Yubari International Fantastic Film Festival, Lisa Takeba’s debut feature is a hyper-imaginative crazytown sci-fi drama about a slacker and his clone. Flashy, funky, and filled to the brim with genre influences of all kinds, THE PINKIE is a uniquely entertaining comedy moving at breakneck speed with a plot that seems to be lifted straight out of another solar system. Ryosuke is drifting through life, but when he seduces a yakuza’s mistress, the gangsters rough him up and chop off his pinkie. It comes into the possession of Momoko, a girl who has been stalking Ryosuke. She gets herself a cloning kit and grows her own Ryosuke-clone. The creature performs beyond expectations and proves to be a remarkable lover. Soon, hilarity and horror are sharing the same seat. Chock-full of Western and Japanese pop-culture references and packed with jokes ranging from the sublime to the ridiculous, it’s as if Gen Sekiguchi’s SURVIVE STYLE 5+ had been directed by the deranged minds behind the Sushi Typhoon splatter films with a view to mixing WEIRD SCIENCE, BATTLES WITHOUT HONOR AND HUMANITY, and THE TERMINATOR into 65 concentrated minutes of weirdness.

So that’s the shape of Saturday. Stay tuned for home-stretch updates from us here at Daily Grindhouse!