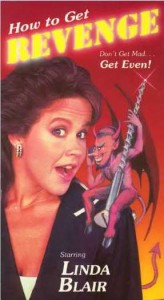 A couple of weeks ago, I took at a look at the problematic LETHAL WOMAN as part of this project to re-evaluate the little-seen films of 1989.  But the Most Dangerous Game (but with ladies!) rip-off was, no doubt, not conceived with bad intentions – it just feels as though it didn’t fully think out its premise and execution.  The makers of LETHAL WOMAN just didn’t know better.

The makers of HOW TO GET REVENGE, however, are unrepentant assholes.

“Has someone ever made you so angry, so upset, that you considered some form of retribution?  Some form of revenge?” embarrassed host Linda Blair asks you, the viewer, with the same tone that Sally Struthers asked audiences of the era if they wanted to make more money.  (Sure, they all did!)  The next hour of HOW TO GET REVENGE is spent as Blair introduces a series of “top professionals in the field of revenge,” alleged private investigators and assorted lowlifes who are here to instruct you as on mostly illegal ways to destroy the lives of others. 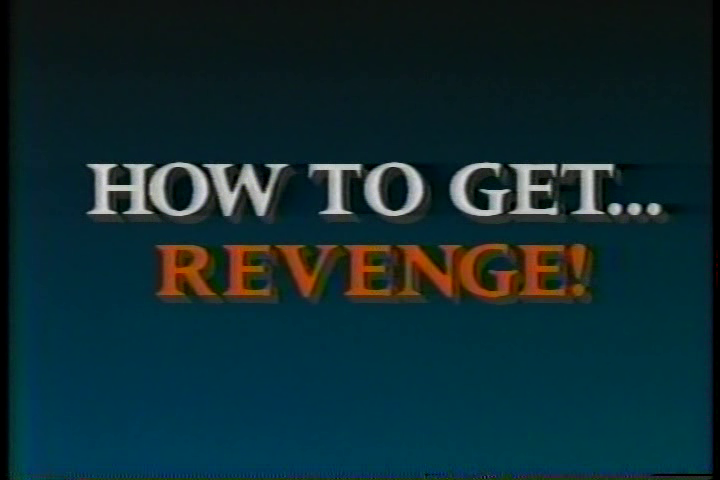 The idea of a “How To” video may seem a bit antiquated now in the era of YouTube instructional shorts, online classes and TED Talks, but the ‘80s video boom provided a brand new resource for learning how to do stuff by watching television.  The biggest instructional subgenre, of course, was the fitness video popularized by Jane Fonda and featuring Oldies Sweated to by the likes of Richard Simmons, Heather Locklear and Sports Illustrated swimsuit models, but you could also find tapes on how to sail, hunt, fish, play sports, knit, or do anything else common enough to warrant a guide.  Including, it seems, completely devastate people’s lives.

This was the ‘80s, mind you, when assholism was looked upon as a positive trait by the millions that didn’t get that WALL STREET was actually against rampant capitalism, so you can’t really blame Bob Logan for trying to tap into the huge asshole market.  Blair, for her part, had just appeared in Logan’s UP YOUR ALLEY and would go on to have a minor career boost with Logan’s EXORCIST parody REPOSSESSED, so she can be forgiven for taking an afternoon of her time to stand beside a green screen and laugh awkwardly in reaction to someone’s marriage being ruined.  Judging from the tactics mentioned in the film, it’s very possible she was performing under duress. 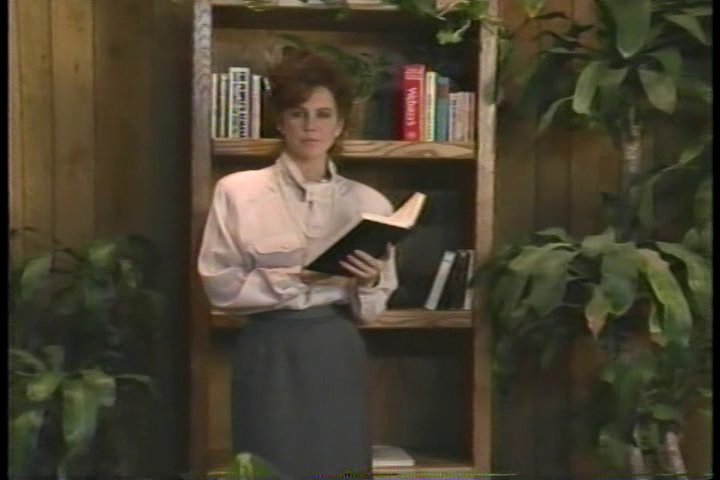 Blair’s introduction (which begins by quoting THE BIBLE, thus PROVING that putting sugar in someone’s gas tank is actually the Lord’s work) promises that none of the actions suggestion by the following video should cause any bodily injury.  It’s also clearly presented for ENTERTAINMENT PURPOSES ONLY.  And, indeed, it’s full of pure entertainment.  If you’re an asshole.

According to Blair’s narration, revenge, you see, is a “natural emotion” that we’ve just been told to choke down because it’s juvenile.  The idea of the video is to introduce people to ways to have others experience “the same humiliation, the same mental anguish, that they’ve inflicted on you.”  Hold on to your seatbelts!  I’m sure this will be all even-handed. 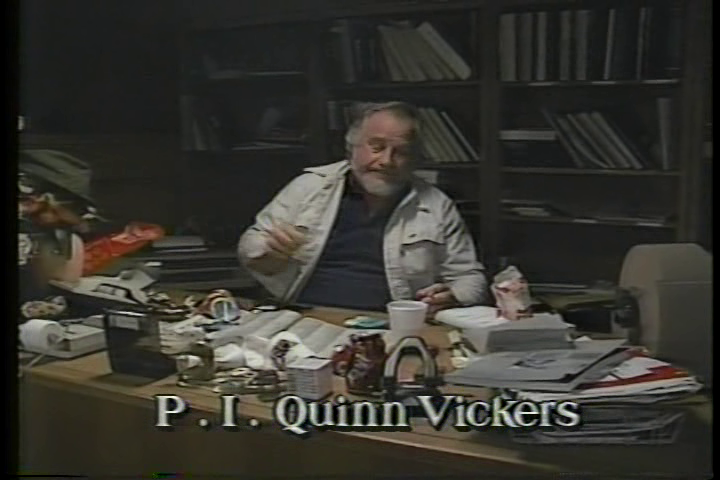 First up is “investigator” “Quinn Vickers,” who talks about a client who was dumb enough to spend $10,000 on an obvious pyramid scheme (he was promised a 75% return on investment within 3 months), so he took revenge on the friend who got him involved.  So he fakes a death certificate for the friend and sends it to the IRS and Social Security in order to destroy his future financial prospects (“Hit ‘em in the pocketbook, eh?” Blair responds uncomfortably) and convinces his wife that he’s having an affair, this ending his marriage.  Most senselessly, the “revenge” is dealt under the radar, so the friend doesn’t even realize that he’s being attacked – his life just sucks!  HA!  REVENGE!

Detective “J.M.” then talks about “revenge by mail,” which involves joining book of the month clubs, forging change of address forms, having them subscribe to “homosexual and bisexual magazines,” placing an ad for a gay lover and other activities involving mail fraud.  (“J.M.” has a lot of unrequited gay issues.)  He also suggests sending the mark’s wife a box of chocolates – filled with chocolate laxatives!  As Blair says, “That outa flush out the situation!” 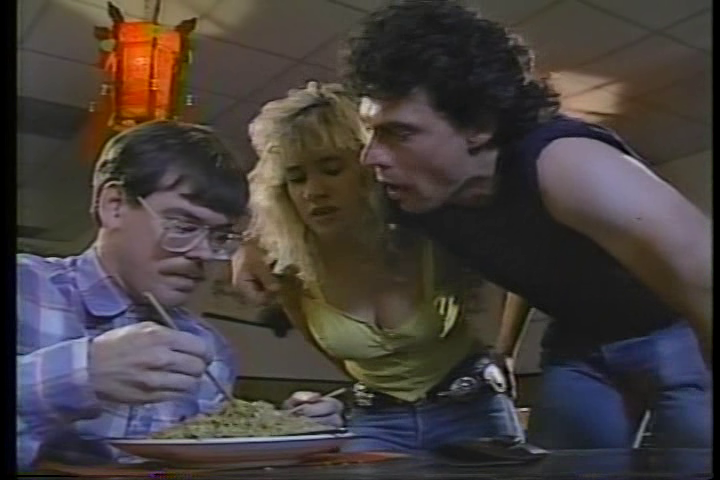 Next, Vickers returns with a client, a man named Harold, who looks ready for a background role in COMPUTER CHESS.  Harold tells a story in flashback about being harassed at a Chinese restaurant (to be fair, Harold holds chopsticks like they’re knitting needles, and you may want to just smack him yourself), so he frames the bully for armed robbery, which is a natural reaction to anyone who drops some noodles on you.  Harold now has confidence!  He may eventually even eat Chinese food again.

The ability to use the telephone for revenge is the lesson taught by “Officer P.F.” (not me) who suggests using a handkerchief placed over the mouth of the phone to disguise your voice.  (Hint:  You can screw up jobs and marriages.)  He also introduces a client who worked as a secretary, but another secretary was kinda rude to her, so she got her fired.  HA!  REVENGE!

Then, Quinn Vickers is back!  He’s got another client with him, this time a woman who looks to be in her early 30’s named Melinda.  Melinda talks about “a couple of years ago” in college when she was dating a football player who ended up cheating on her with a popular girl named Victoria.  So she does the only thing she could do – instigates that Victoria has syphilis so everyone hates her and she has to go to another school.  Melinda then sends letters to people at that new school about Victoria’s syphilis.  Hah, hah, Victoria liked to have sex and now she’s probably killed herself.  Good, clean, healthy REVENGE!  Vickers laughs jubilantly.  “Stories like that certainly make MY day,” says Blair. 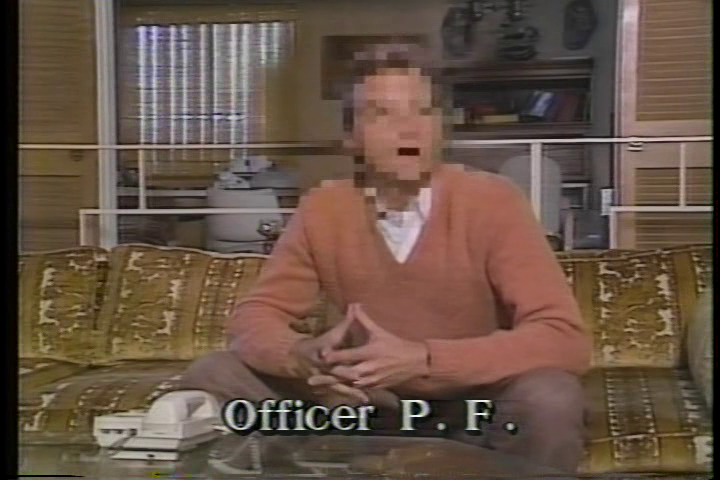 Vickers talks some more, suggesting that “if your mark is a member of a minority, you might turn him over to the immigration service,” because that’s mildly irritating.  A woman talks about getting revenge on her neighbor (because the neighbor owed her some money) by calling the IRS on her and having her audited.  Another guy talks about putting his boss’s name in a gay magazine.  “This guy really deserved it,” he says.  GAY REVENGE! 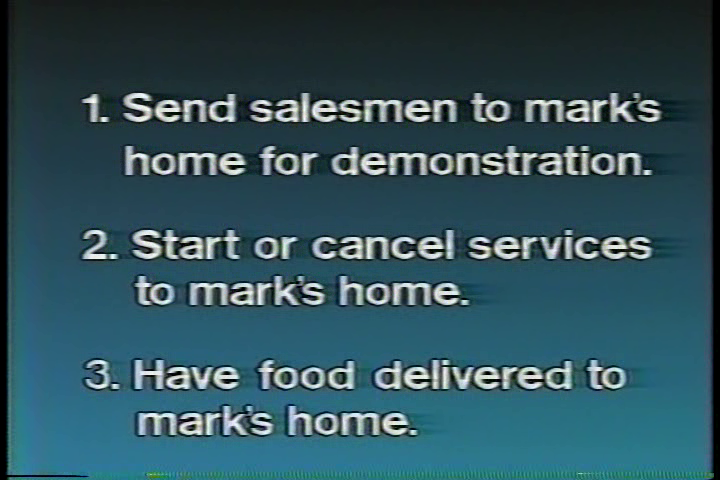 “We’ve been receiving dozens of letters,” Blair states, as though the HOW TO GET REVENGE mailbox has been open for business for ages.  We then get a story of a woman who gets revenge on, er, a friend’s Coke machine.  Another guy ties up his revengee’s phone line.  These letters are terrible!  I want to get revenge on them all.

Private investigator-I kid you not-Kyle Pappenpuss is up next, and he talks about how to destroy your mark’s home.  Put pancake batter in the mailbox!  Use weed killer do spell obscene words on their lawn!  Glue their keyhole shut!  Adjust their thermostat!  Change the labels on cans!  It’s like an instructional guide as to how to make a really crappy version of “Punk’d.” 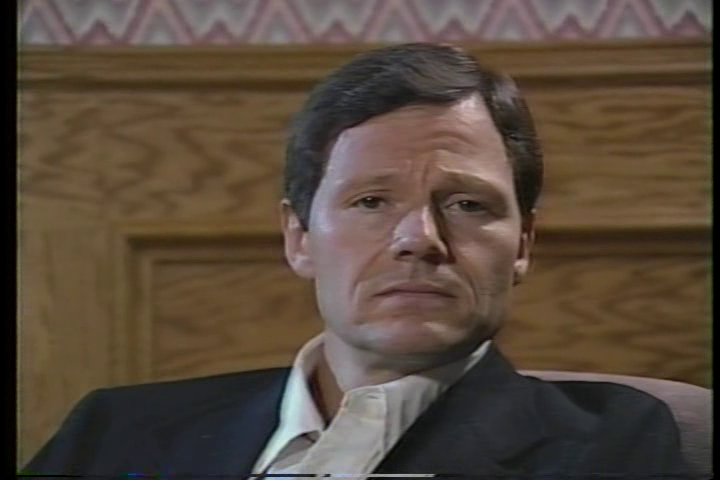 The final chapter is a “greatest hits” package as each interviewee talks about their favorite bits of revenge, which mostly read like urban legends.  There’s a divorcee who sells her ex-husband’s Porsche for $10.  There’s some prank calls and stealing mail.  HOW TO GET REVENGE spends most of its running time with completely devastating the lives, and then ends on a whimper of middle school pranks.  What the hell?  Sure, it’s still stupid, mindless pranks, but at least it doesn’t likely to end up with your victim slitting their wrists.

Worst of all, the film doesn’t even take advantage of Blair, who should know a thing or two about revenge from her roles in the likes of SAVAGE STREETS and NIGHT FORCE.  Maybe it’s just that avenging the rape and murder of your deaf sister by taking a crossbow to the punks that did it would make HOW TO GET REVENGE‘s ploys look like the petty little shenanigans of a passive-aggressive office worker? 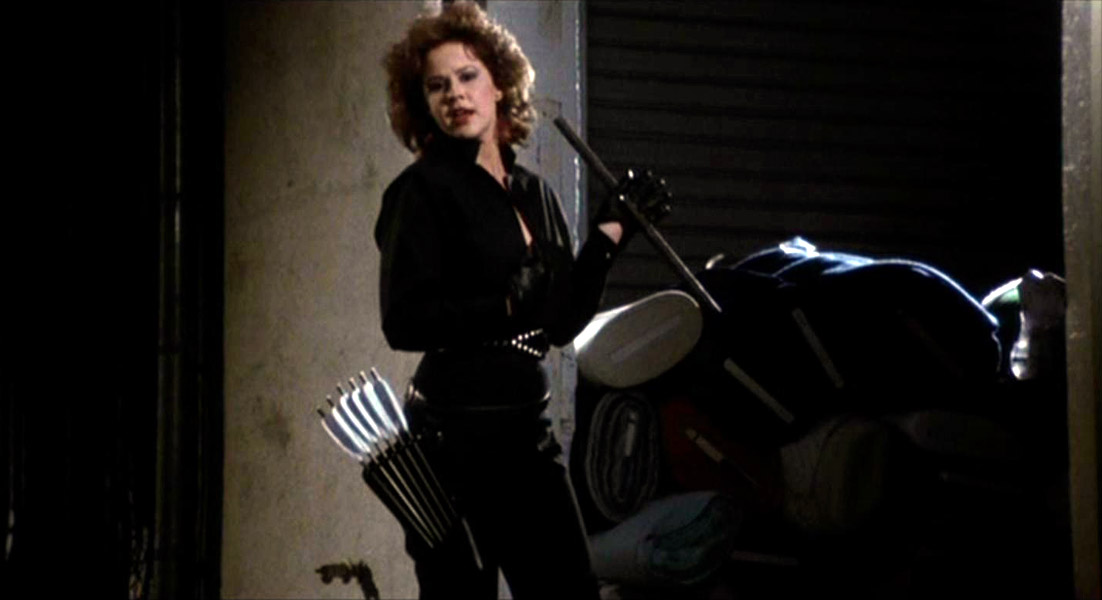 Sadly, not a scene from HOW TO GET REVENGE.

For the first half, HOW TO GET REVENGE equates ending marriages and getting people fired with setting flaming dog shit (sorry, “animal droppings,” as the family-friendly tape  steers away from profanity) as a kid, and the whole thing just feels like a “how-to” guide for a budding sociopath.  It doesn’t even make a whole lot of sense that it’s presented as “revenge,” as there’s little to no context with regards to how the hell doing terrible things is the equivalent to having bad things done to you, so it comes across primarily as way to be an angry asshole to anyone who’s ever done you the least bit wrong. 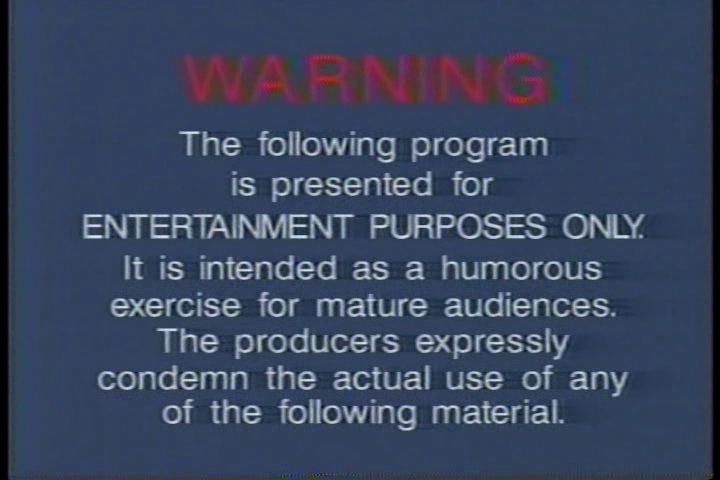