Like most horror fans, I consider William Friedkin’s adaptation of THE EXORCIST to be one of the best films ever made—no matter what genre we’re talking about. Given the massive success he had with the horror genre, it’s a bit surprising that he only really returned to it three times in the intervening years (although I suppose the case could be made that BUG is a psychodrama and CRUISING is a nightmarish police procedural, not horror, bringing that total down to one). While I have always been curious about Friedkin’s 1990 horror flick THE GUARDIAN, I had steered clear because of largely negative word-of-mouth. After watching it, I can understand why some people view it in a less than flattering light, but I was happy to find that the veteran director had turned in a pretty sturdy little B-movie with three impressive set pieces and a fairy tale-like atmosphere of dream logic. 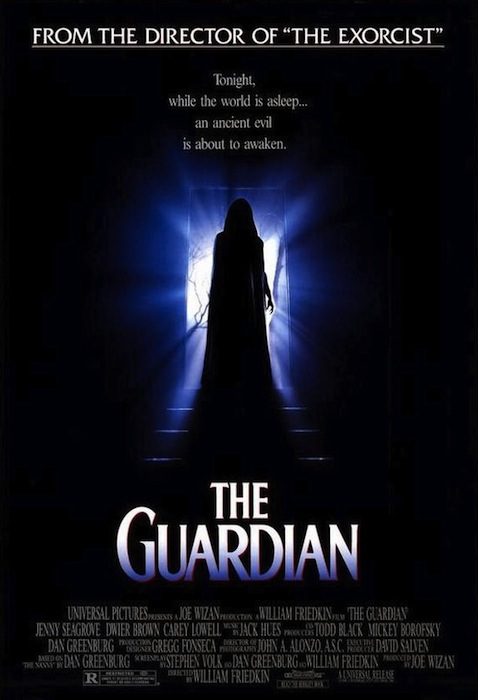 Phil (Dwier Brown) and Kate (Carey Lowell) are a young couple experiencing two major life changes at once. The first—moving from Chicago to Los Angeles for a job opportunity—was planned. The second—having a baby—was not. Despite Phil’s relatively cushy job as an advertising executive, in order to meet the financial demands of raising a child, the couple quickly realizes that Kate needs to return to her interior design career. Enter Camilla (Jenny Seagrove), the seemingly perfect nanny. But if glossy thrillers of the late ’80s/early ’90s have taught us anything, that perfect, beautiful nanny/babysitter/domestic helper you invite into your home is always too good to be true. 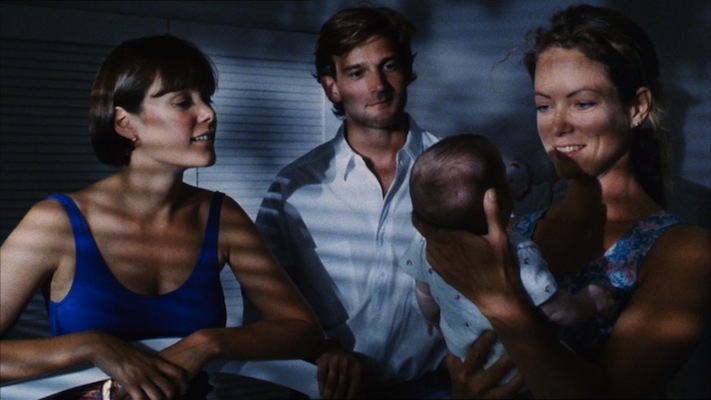 In this case, Camilla’s plan is not to seduce Phil and replace Kate (much to Friedkin’s credit, while that direction is hinted at, THE GUARDIAN never goes all the way down that clichéd road), but to steal their newborn son and feed him to a tree she worships in the nearby woods. That the movie takes that concept as straight as it does and mostly gets away with that self-serious tone is a credit to Friedkin’s abilities as a craftsman of suspense. 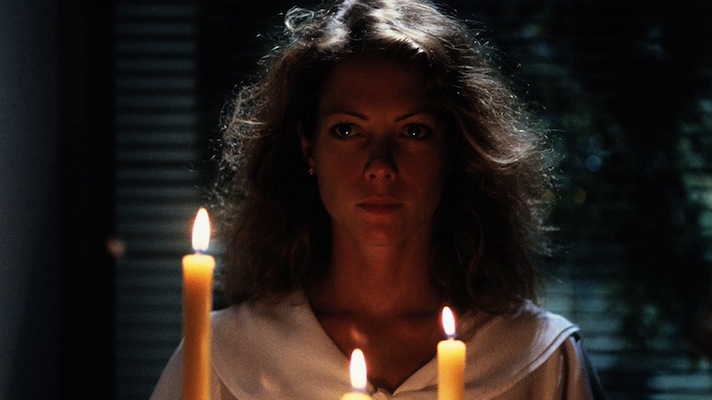 It also does not hurt that Friedkin has a reputation as a filmmaker for not being afraid to inflict cruelty on the audience (not to mention his casts during filming, but that’s a tangent for another time). Not only does the film lay most of its cards on the table in an unsettling prologue that shows Camilla successfully sacrificing the baby of another family to the tree, but as a viewer, we remember the hell that Friedkin put sweet Regan MacNeil through in THE EXORCIST. Combining that opening with the knowledge of Friedkin as a filmmaker who is unafraid to show harm to children and deliver gut-punch, unhappy endings gives an edge to THE GUARDIAN. The story may be silly, but there is a welcome danger to the approach. 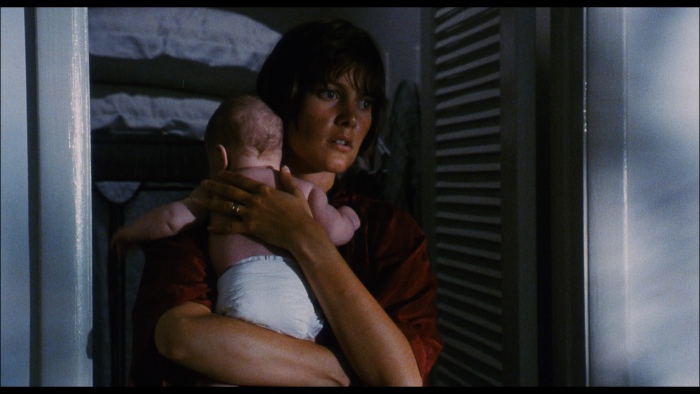 The film also benefits from a few surprisingly gory sequences that take liberal inspiration from the tree attacks in the first two EVIL DEAD entries. Given that THE GUARDIAN was a mainstream studio release from a director as respected as Friedkin, I can only imagine the reaction when it was released and audiences were treated to images like a man getting his head crushed by a tree swinging its limb like a giant baseball bat, a tree gushing blood when a chainsaw connects with it, and a man being torn to pieces by a pack of wolves. 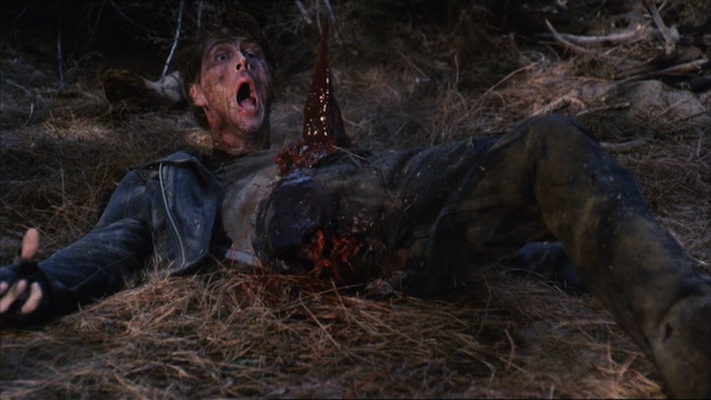 Viewing the movie thirty years down the line, I was honesty surprised by the over-the-top nature of the violence on display, but it keeps in line with the truly grotesque original versions of the Grimm Brothers’ fairy tales (the movie opens with a little boy reading Hansel and Gretel). Friedkin uses that fairy tale connection to let him get away with some questionable choices from characters who are supposed to be as smart and levelheaded as Phil and Kate. Sure, it’s a cheat to say every idiotic choice a character makes is because the movie is a fairy tale, but once again, Friedkin told you right from the beginning what type of movie you were getting involved with. 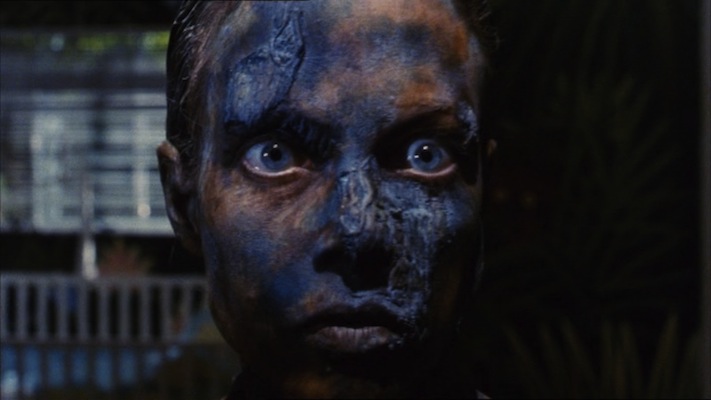 I get the feeling there was a more ambitious movie originally planned. There certainly seems to be a subplot about Phil dealing with a fish out of water feeling at his new job that was almost entirely cut. That would explain why the great Miguel Ferrer is wasted as Phil’s boss in two very short scenes. But the way this part of the film is cut down feels arbitrary and Kate largely sits on the sidelines until the third act, feeling very much like a wasted character—especially when her perspective as a new mother should be an important point of view in the situation. 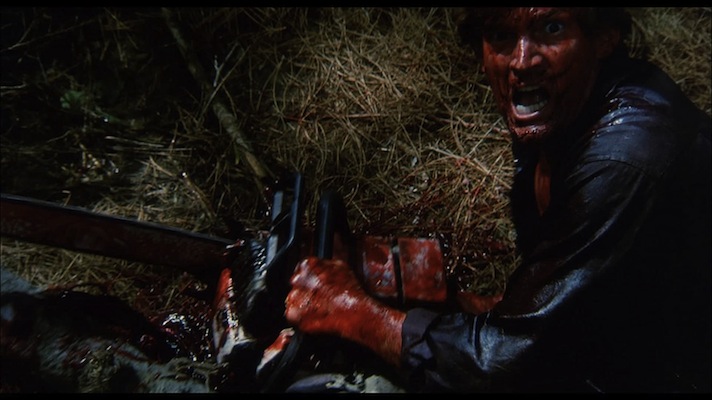 As a movie where William Friedkin channels his inner Sam Raimi, THE GUARDIAN works much better than its reputation would have you believe. It’s slick and weird and a wolf bursts through a locked wooden door like it’s The Terminator. How can you not enjoy a movie that features such goofy yet horrifying imagery?