ROAD GAMES, sometimes known under the more claustrophobic title ROADGAMES, stars Stacy Keach as Pat Quid, an American trucker making his way through the dry plains of Southern Australia in order to deliver a freezer full of frozen meat.

His only companion is a dingo, which Quid has named Boswell, who rides shotgun. (Attention, English majors…) This is the first clue that Quid is an unconventional guy. It’s not exactly legal in this time and place to be riding with a dingo, no matter how docile and domesticated Boswell seems to be. Also, Quid is a bigtime chatterbox. He barrages poor Boswell with constant conversation, which for us viewers is a pleasure, since these monologues are delivered in the plummy stentorian register of Stacy Keach.

Keach has come up with names for all the fellow travellers who he spots recurring along the highways, including Benny Balls, Fred Frugal, Captain Careful, Sneezy Rider, and, most ominously, Smith Or Jones. 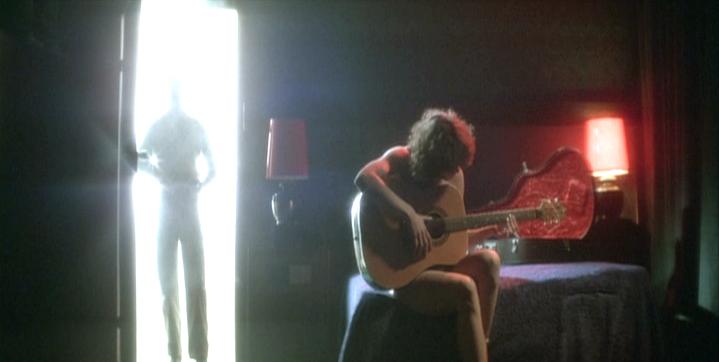 Smith Or Jones is the driver of the dingy olive-green van that Quid spots driving suspiciously at the same time he’s hearing radio reports of a deranged killer at large. It’s a long time before Quid himself gets a look at Smith Or Jones, but right from the outset we the audience know that Quid’s not crazy, due to the eerie early scene where a young woman is strangled in a motel room with a mean-looking length of wire. For better or worse, and probably the latter, we know, we’re going to see that guy again. It’s when Quid picks up a young hitch-hiker (Jamie Lee Curtis, just a year fresh off THE FOG and three off HALLOWEEN) who he nicknames “Hitch” that the trail really starts getting warm. 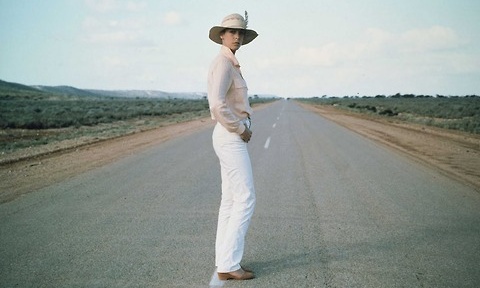 Quid calls this young lady “Hitch” A) because it’s what he calls hitch-hikers and he likes nicknames for everyone, but to the film fanatics in the audience it’s a clear nod from Franklin and his writer, Everett De Roche, to the master filmmaker who made a movie much like this one in spirit. (And it’s no accident that Quid’s first name, “Pat,” was the also name of Alfred Hitchcock’s daughter. Nice little gender-reversal on the shout-out, there.)

If you’ve seen 1954’s REAR WINDOW, there can be no doubt which Hitchcock movie Franklin and De Roche have taken as inspiration.REAR WINDOW is also a film about a hero stuck in an enclosed space, who catches wind of a crime and is deemed crazy by the authorities, leaving him to take matters into his own hands. Both movies make effective use of diagetic music, which means that you sometimes see the source of the music on screen — Stacy Keach plays the harmonica throughout ROAD GAMES, and at times his playing blends in with the score (which is a very good one, by Brian May of THE ROAD WARRIOR and ESCAPE 2000 fame). Both movies have fun with nicknaming. And both movies are very romantic, despite all the bleakness and the overcast of murder. ROAD GAMES is romantic not just in the nicely-played relationship between Quid and Hitch, but also in the romance of the open road, of that dream some of us have of gassing up a truck and driving down highway as far as the eye can see — it’s a bonus if you’ve got a dog and a pretty girl riding shotgun. 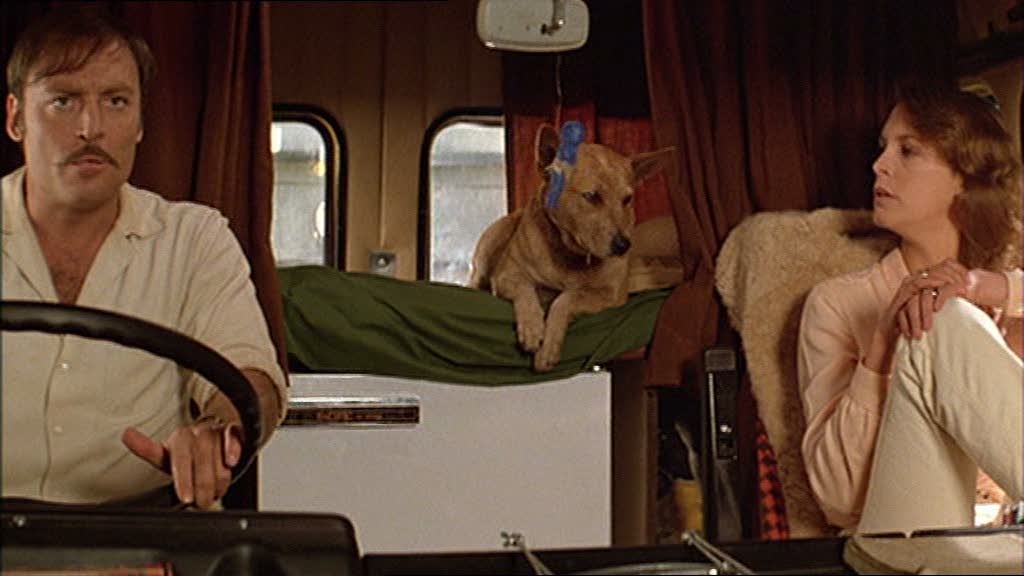 I suppose it’s a minor stretch to classify ROAD GAMES as a horror film — it’s more of a suspense thriller than anything else, although Smith Or Jones is a truly spooky presence in his few fleeting appearances throughout the film. I feel justified grouping ROAD GAMES into horror because of its prime status in the genre of “Oz-ploitation” and because of its interesting proximity to HALLOWEEN. Richard Franklin was reportedly friendly with John Carpenter (I’m still looking for more information on this but it seems they studied at USC at the same time), and Franklin cast Jamie Lee Curtis in ROAD GAMES after meeting her on the set of THE FOG. And of course, the same year Jamie Lee Curtis appeared in ROAD GAMES she would soon appear in HALLOWEEN 2. 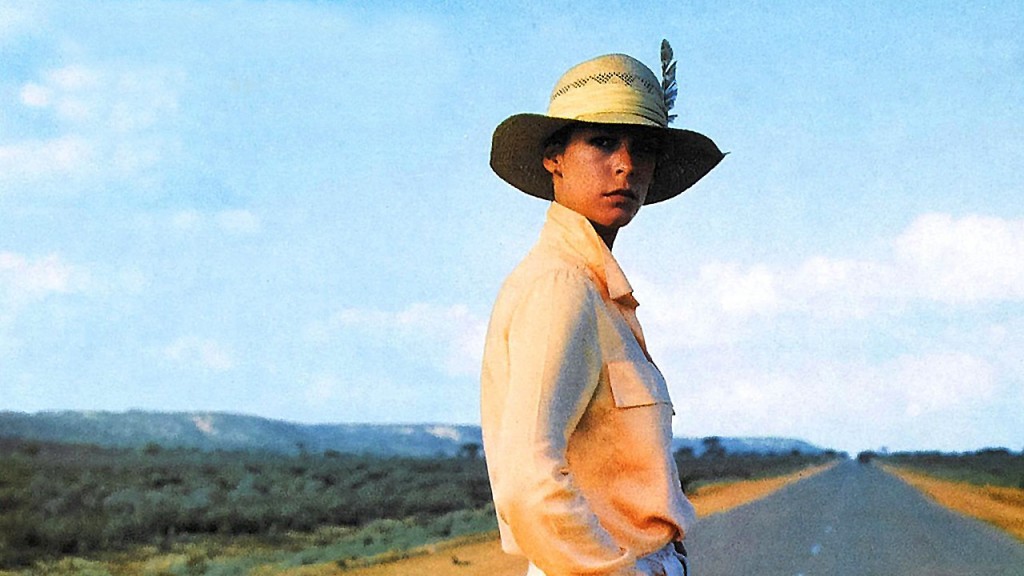 Much is said about John Carpenter’s affinity for the work of Howard Hawks, but less is said about how much Carpenter’s sensibilities also reflect a love for Hitchcock. (One clue is how HALLOWEEN‘s Dr. Loomis is named after a character in Hitchcock’s PSYCHO.) While Carpenter was subtly — and stylistically — paying homage to Hitchcock in HALLOWEEN, Richard Franklin would go on to do so directly with the sequel to PSYCHO, 1983’s PSYCHO 2, which I’ve not seen personally but if you’re interested to read more on it, you should read this review by our former columnist, the great Vern. 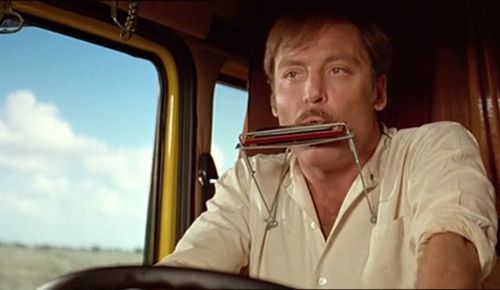 All of which is to say that if you loved John Carpenter’s HALLOWEEN — and who doesn’t? — you will most definitely love Richard Franklin’s ROAD GAMES. You’d also probably love it if it were the first movie you ever saw. It’s good!