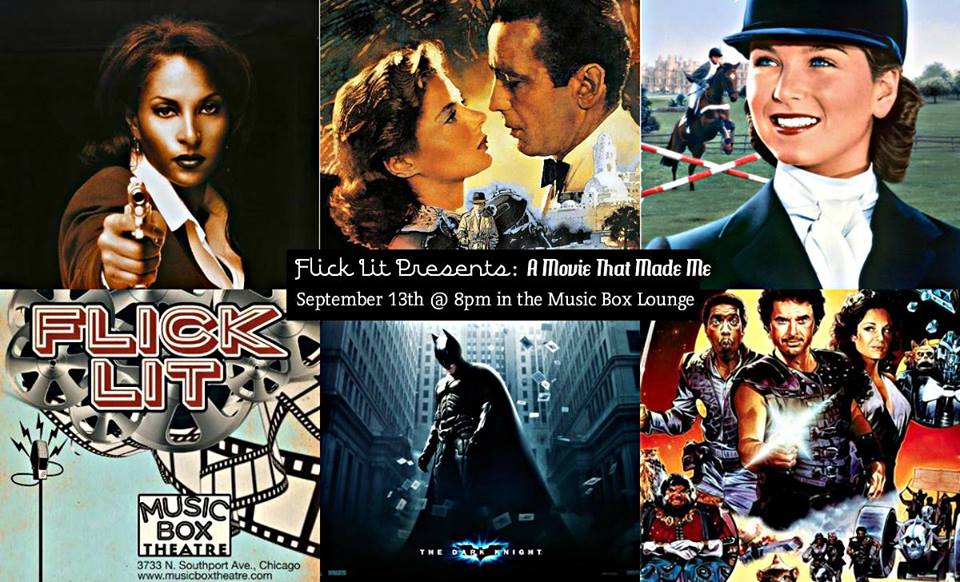 Flick Lit: Reel to Reel Storytelling is presenting their latest event, “A Film That Made Me,” tonight — Tuesday, September 13th — at the Music Box Theatre Lounge in Chicago at 8:00 pm.

Reel to Reel Storytelling is a fun program that features film critics, writers, storytellers, and artists from all backgrounds as they present scenes from some of their favorite films and tell personal anecdotes of how these films impacted their lives. Stories can be both humorous and touching and show that no matter how obscure or trashy some films may be considered, there is always an audience member out there who feels a deep, personal connection with them.

“A Film That Made Me” will feature Chicago artist/storyteller/Second City teacher Lily Be presenting JACKIE BROWN; Daily Grindhouse‘s own Paul Freitag-Fey presenting THE ICE PIRATES; Chicago poet and author James Gordon presenting THE DARK KNIGHT; and essayist/theatre critic AJ Sorensen presenting INTERNATIONAL VELVET. There will also be a love/hate debate over CASABLANCA with writer/performer Tamara Rozofsky (love) and Development and Programming Director for the historic Iowa Theater in Winterset, IA, Rebecca Fons (hate).

Admission is $5. Advance tickets can be purchased online through Eventbrite.