Like most horror movie fans, Halloween is my favorite holiday. Setting a horror movie on Halloween is one of my favorite plot devices. Even though in recent years many independent horror films have over-used this trope, I still find it endearing. CHAOS A.D. is a vile, disgusting, piece of cinema set on the 31st of October, but it’s about as far away from endearing as it can possibly get.

I’m all for grabbing the attention of your audience, right from the beginning. In the case of CHAOS A.D, they start their movie off with a young woman having the barrel of a handgun shoved up her vagina, someone pulling the trigger, and blowing a gunshot up her box. This is more than attention-grabbing, it’s more like vomit-inducing. It’s effective though — I see that and I want to see what other atrocities CHAOS A.D. can assault me with. 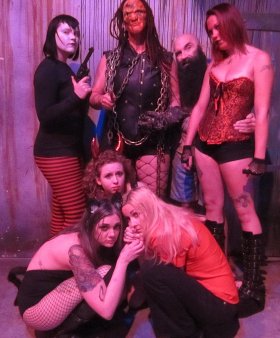 The retro-styled animated opening credits with a synth-driven score brought back that sense of whimsy I look for in Halloween-set horror films. They’re reminiscent of the credits at the original NIGHT OF THE DEMONS. CHAOS A.D. doesn’t waste any time getting back to the brutality. Evidently, you celebrate the holiest of holidays by killing your abusive husband, like demure housewife Janet Loomis (Ashley Lynn Caputo) does, or by beating the crap out of your drunk piece of shit father like the punk rock kids Sarah (Lisa Marie Kart) and Vinnie Russo (Eric Danger Dionne)do. I digress though –both those pieces of shit got what they deserved, so good on Janet, Sarah, and Vinnie.
During a wild Halloween party, Vinnie wanders off with some weird goth slut named Vixen (Amanda Welch), and Sarah gets freaked out by another fucked-up freak calling herself Bytch (Cayt Feinics), so she follows after her brother Vinnie. Soon, they are both captured by a family of murderous rapist cannibals, who have also kidanpped Sarah and a few other townsfolk. No real new territory tread here, except for the level of explicit brutality and sexual degradation. A lot of it reminded me of the old Camp Motion Pictures straight-to-DVD movies that I dug in the late 1990s and the early 2000s. The low/no-budget gore would make Herschell Gordon Lewis proud, in my opinion. It was right up there with something from BLOOD FEAST. 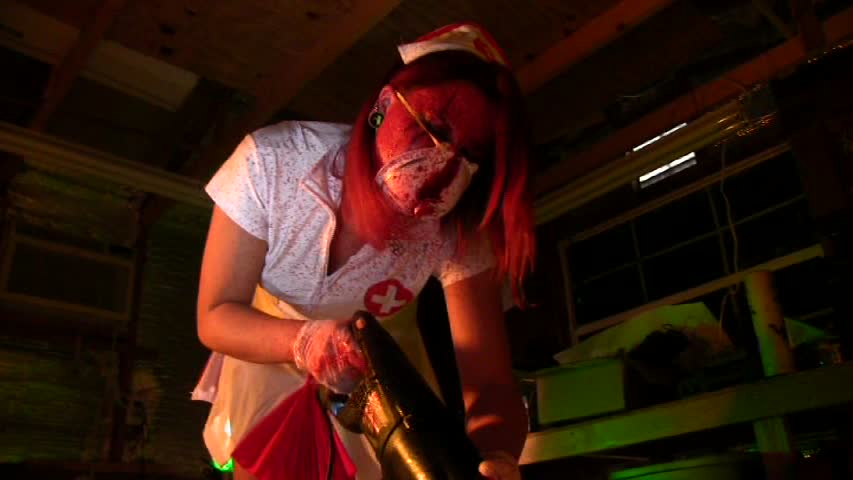 Pretty much all the characters in the film are unlikable. I really wanted to see everyone die. The family that referred to themselves as F.R.EA.K. were the worst of the worst! The F.R.E.A.K. family was like a combination of the Firefly family from HOUSE OF 1,000 CORPSES and the Merrye family from SPIDER BABY. They all made me want to punch them in the face, so achievement unlocked. Besides Bytch and Vixen, there was also the mental mute younger sister Lilith (Paula Tsurara), the perverted, rapist, homeless-looking Uncle Lester (Bob Glazier) who was an obvious homage to Sid Haig’s Ralph Merrye in SPIDER BABY, and to complete the psycho circus, there’s the gigantic, masked, Amazonian cannibal woman Misery (Saharra Huxley). 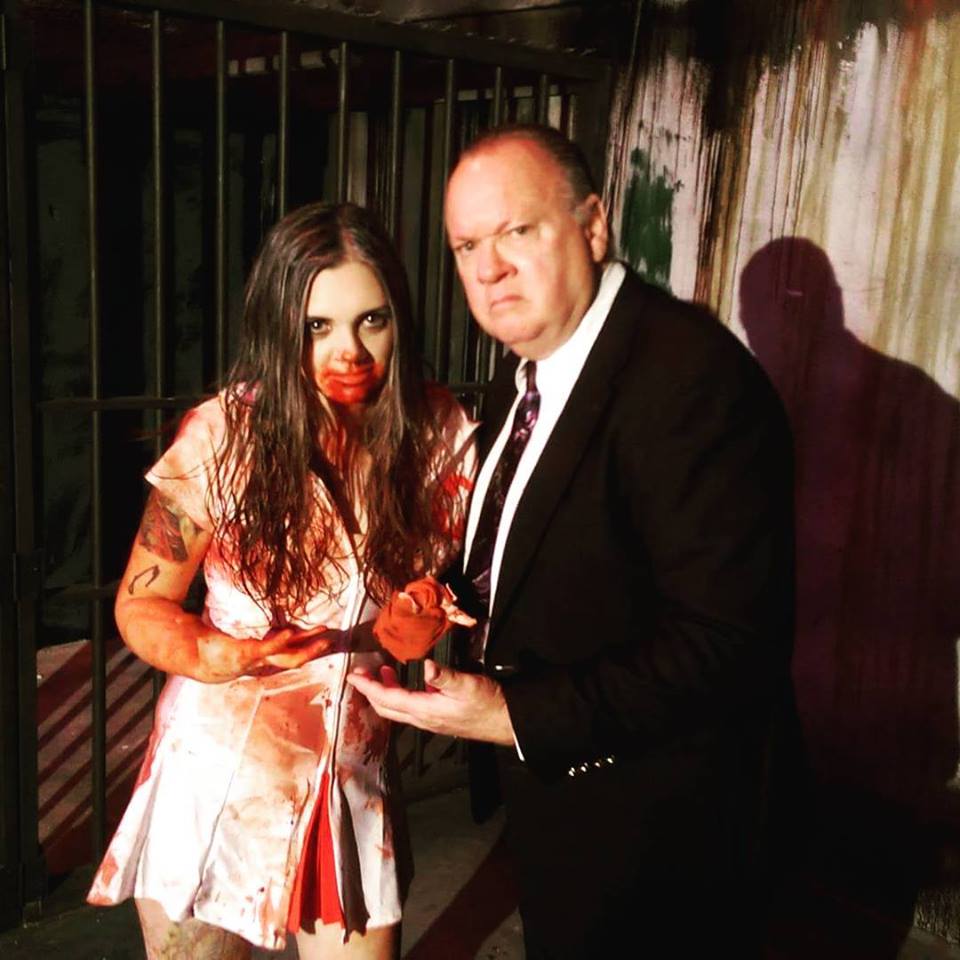 You can tell that CHAOS A.D. didn’t have much of a budget, but at the same time, you can also tell that it is a horror movie made by horror movie fans. There is some real passion here. Think if Rob Zombie didn’t puss out and resort to crowd-funding for 31, it would probably look something like CHAOS A.D.
The gore is off the scale here. The drill to the eye socket one of the female victims receives is misogynistic and Fulci-esque. There are multiple instances of penis mutilation. The first time it happens it’s shocking, but it soon becomes laughable. It’s all disgusting in the best possible way. Uncle Lester is involved in a horrible rape scene, which actually reminds me of the rape scene in FEMALE TROUBLE. It’s gross, but at least old Uncle Lester has a nice cock! Old guys usually have a big floppy dick — might as well show it off.
At points during the torture, murder, and rape, the F.R.E.A.K.s have their captors play a round of “games.” wW’ve seen this so many times in different torture porn films that it’s become cliche. The only thing not cliche is probably that not a single female character can go the whole movie without getting completely naked. If you’re into boobs and vaginas, CHAOS A.D. is the movie for you. Is the mascot for this town the bald eagle? I just have to wonder, because every vagina is shaved. Maybe this women have never gone through puberty –who knows?
As far as built-to-shock-and-offend, no-budget, independent horror movies go, CHAOS A.D. is at the top of the heap. The acting is better than I expected it to be, and the twist ending was a refreshing surprise. CHAOS A.D. is a torture porn movie that takes the subgenre seriously: Heavy on the torture and heavy on the porn!
RECOMMENDED!