I honestly knew very little about Sarah Jacobson or her work when I dug into this collection from AGFA. What I found was a filmmaker with a clear voice, very strong sense of place and character, and a more than welcome female perspective that was often sorely lacking in American indie films in the ’90s (and still to this day, for that matter).

Included in this set are several short films that find Jacobson making a quantum leap in terms of confidence before tackling her entertaining, realistically messy feature MARY JANE’S NOT A VIRGIN ANYMORE. I want to take a look at MARY JANE before coming back to the shorts. 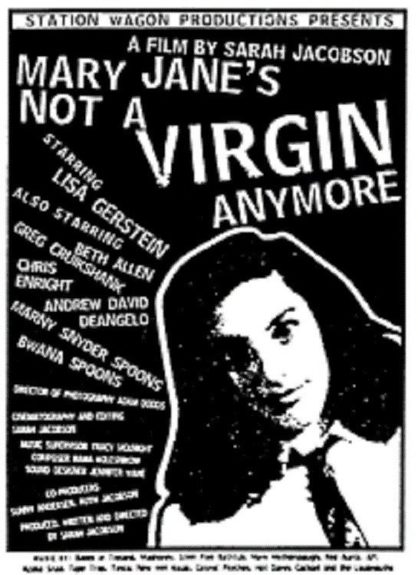 Despite the underground cred of being shot on Super-8 in the San Francisco Bay area (but set in Minneapolis–Jacobson’s hometown) for less than $50,000, MARY JANE’S NOT A VIRGIN ANYMORE is a surprisingly traditional, sweet-natured coming-of-age story. What sets it apart from any other number of indie films from the ’90s that focus on a group of young people ranging in age from their late-teens to their mid-20’s is a rawer, much more honest look at the ways that a group of young people who work together in a customer service environment develop an “us against them” mentality that both bonds them together but can also stunt their emotional growth if they stay too long in that situation.

The film’s main story revolves around Jane (Lisa Gerstein)–referred to as “Mary Jane” by most of her co-workers/friends–as she deals with the stress of finishing her senior year of high school while also navigating competing feelings of disillusionment with romance following a miserable first sexual experience with her attraction to two very different young men she works with. While Gerstein is funny and sympathetic as Jane, Jacobson has more on her mind than just crafting another “wow, relationships are harder to navigate than I realized” narrative for her young lead. She uses the art house movie theater where Jane works to simultaneously bolster and deflate the kinds of stereotypes that mainstream Hollywood had crafted and exploited in the early ’90s with movies like REALITY BITES and SAY ANYTHING. 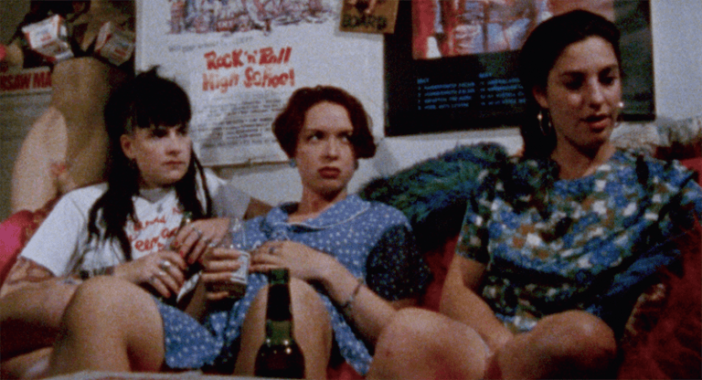 While Jane’s circle of friends and frenemies seem like the normal stereotypes at first glance, Jacobson gives them shading that upends many expectations for the first two acts, making even the most tangential characters feel well-rounded. Everyone in Jane’s orbit is capable of unexpected kindness or casual cruelty. Like many people facing the transition from the safer worlds of high school/college/first jobs to more responsibilities and the scary prospect of being an adult, how they behave depends on the stress they face that day—and sometimes it makes them not be their best selves.

It is the focus on creating layered, believable characters that makes MARY JANE’S NOT A VIRGIN ANYMORE stand apart from other indie films of the same period that also focused on young, semi-directionless characters. While Jacobson has fun mocking the customers of the arthouse theater as they complain about anything and everything from the quality of the popcorn to whether or not the movie is suitable for family audiences, that’s as broad as the film gets. A third act that does give in to some clichéd melodrama is an unfortunate misstep, but Jacobson’s refreshing honesty with the character work and Gerstein’s winning performance make this one of the best coming-of-age indies of the ’90s. 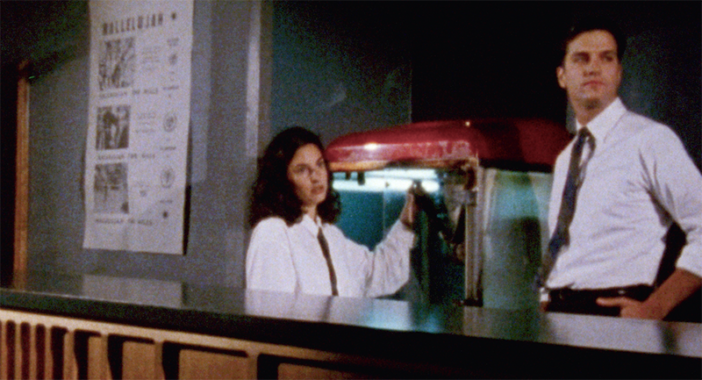 The other main attraction here is the inclusion of Jacobson’s 1993 thirty-minute short I WAS A TEENAGE SERIAL KILLER. Walking the line between straight-faced satire of ’50s and ’60s “bad girl” cinema and sincere anger at the casually sexist crap that women go through on a daily basis, Jacobson’s furious angel of death (Kristin Calabrese) offs random sexist assholes like a hitchhiker, her brother, a guy who takes his condom off during sex, and a jerk who takes offense when she doesn’t say thank you for his “compliment” about her ass. 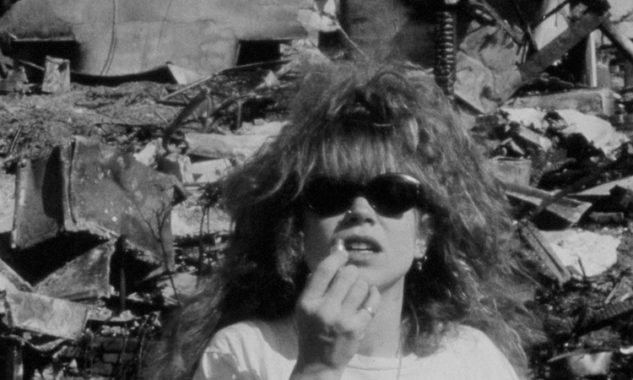 Both a compelling howl of rage and a good grindhouse throwback (complete with good old-fashioned black-and-white chocolate syrup blood and gore), I WAS A TEENAGE SERIAL KILLER may not pack the visceral punch of something like MS. 45, but it definitely has the anger and subversive nature of Abel Ferrara‘s classic in its DNA. Interestingly—despite the strong feminist streak that runs through most of Jacobson’s work here—TEENAGE SERIAL KILLER feels like the outlier in Jacobson’s otherwise gently funny filmography. 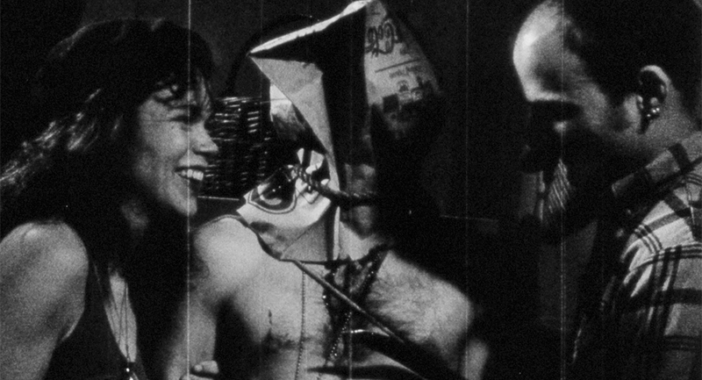 Going back through Jacobson’s short films is fascinating for how different they all are in terms of content and tone.

BRA SHOPPING is exactly what the title states, as Jacobson turns the camera on herself in a light documentary about the difficulties, frustrations, and cost of finding a bra that fits properly. ROAD MOVIE (OR WHAT I LEARNED IN A BUICK STATION WAGON) is a nifty student short about a film student who flees Minneapolis for the wilds of New York City. This one will resonate with any film student who suffered the withering criticism of professors and their peers for daring to “follow their vision.” SWEET MISS is a fun, goofy lark that feels like it was thought up and performed by a group of amateur improv performers while stoned one night in their shitty apartment. Despite that description, it does not overstay its welcome and left me with a goofy smile on my face. 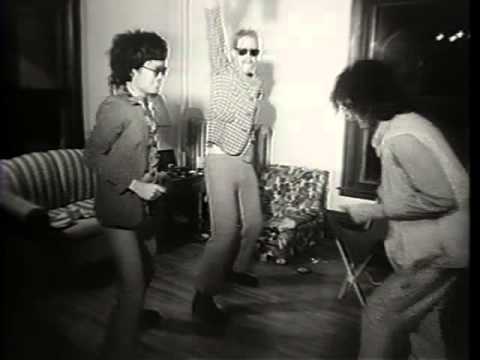 A slick music video for ’90s punk faves Man or Astroman?, a slightly more fun than usual EPK for short-lived ’90s punkers Fluffy, and an early-2000s short documentary about cult flick LADIES AND GENTLEMEN, THE FABULOUS STAINS round out the disc, providing an example of the kind of constant hustle a defiantly indie director has to run to make a living behind the camera.

Cancer took Sarah Jacobson from the world far too early. As I said in the opening to this review, I knew almost nothing about her or her films when I dug in to this set, so the frustration is very strong that she passed away at such a young age. I truly hope this collection finds her some more new fans.

The Films of Sarah Jacobson Blu-ray is now available from AGFA.