Have you ever watched a magician perform an illusion or comedian set-up a joke and realize exactly how it will all play out? Sometimes this can be exhilarating—it means you and the performer are on the same wavelength, which produces a sense of kinship and pride in one’s ability to anticipate. Other times, it is a much more deflating experience—it’s easily recognized as a pale imitation of a better performer, reeking of wasted opportunity. This happens with films as well—JOKER is kind of okay (not really), but it just reeks of lesser talents of Todd Philips trying to be mistaken for Scorsese. With BOMBSHELL, director Jay Roach and writer Charles Randolph attempt to take the serious atrocity of systemic sexual assault at Fox News, pair it with the inherent absurdity that comes with the propagandist mindset at the channel, all while providing historical and logistical context for people unfamiliar with the history and machinations of a cable news network. The movie gives off a lot of vibes of THE BIG SHORT (also written by Randolph)—with comic interludes and grim moments and breaking the fourth wall—but lacks the deft hand that THE BIG SHORT’s director Adam McKay had balancing those tones with the larger ramifications at play within this one story.

While owned by Rupert Murdoch (Malcolm McDowell), Fox News was truly the creation of Roger Ailes (John Lithgow)—a man who was instrumental in the rise of the modern conservative movement since his work with Richard Nixon and Ronald Reagan. A Baron Harkonnen-like beast, Ailes sits in his office with direct lines to production staff as he micromanages every aspect of his highly rated shows (all while also working very closely with GOP operatives). Gretchen Carlson (Nicole Kidman) is being phased out at Fox News as her relationship with Ailes grows increasingly contentious. As she prepares for the inevitable dismissal, Gretchen contracts lawyers to sue Ailes for his many years of sexual harassment and assault that befell her, amongst other female staff members at the channel. Meanwhile, Kayla Pospisil (Margot Robbie) is an ambitious producer who wishes to become on-air talent; a true believer in the tenets of the Religious Right, Kayla sees Fox News as fighting the good fight to save the soul of the nation. Her plans to move up the ladder brings her into Ailes’ crosshairs and this rookie talent is quickly and tragically thrown into the cesspool of business-as-usual for the bloated monster. In the midst of all of this is Megyn Kelly (Charlize Theron), who is at her apex at Fox News with a popular evening program. Slowly, Megyn begins to realize the severity of the systemic issues that she has too often ignored or excused and must decide how she will respond—and what will be the fallout. These three women—all carved out of the same mold of attractive and ambitious conservatives—are at different points in their careers but find common ground as they realize the horrors that have been perpetrated around them.

BOMBSHELL has many things going for it that make it very appealing. It is a quickly paced, tight story that needs to be told and is emblematic of many issues that are only now beginning to be addressed. All of the lead performances are excellent—Robbie is incredible as she balances tough moments and lighter fare, and whose pain is most acutely felt; Theron has all of Kelly’s behavioral mannerisms and vocal tics down pat, and—with the help of prosthetics—physically resembles her as well; Lithgow, bloviating in his disgusting manner and making him deserving of audiences’ hatred, without seeming too much of a caricature. There’s also great work by Rob Delaney, Allison Janney, Kate McKinnon, Liv Hewson, and Brigette Lundy-Paine as various members of Fox News staff, legal, and production teams. By using the familiar structure of THE BIG SHORT—asides to the camera, voice overs, and explanations for how various industries work and how Fox News rose to power—BOMBSHELL is able to deliver a lot of important information in an efficient and entertaining manner. 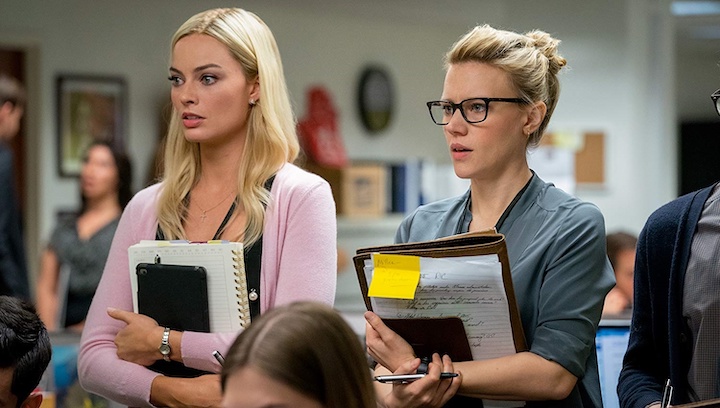 The main problem with BOMBSHELL is that it feels like a giant missed opportunity on a couple of levels. First, there is the fact that this particular story is the intersection of major facets of modern life—media, entertainment, gender, sexuality, politics, religion, justice, and more. That is obviously a daunting number of profound themes to take on, but if done right it would be a powerful way of showing the symbiotic (or parasitic) relationship between them that extends far beyond the would-be State TV outlet. The other issue that isn’t truly dealt with in a significant manner is the hypocrisy and culpability of many of the people involved. In no way is this to imply that sexual assault or harassment is okay if it’s someone that’s terrible or holds vile viewpoints. No matter their politics or beliefs, these women are still victims of a horrific organization, revolting people who either actively did heinous things or else merely enabled them. But, there aren’t many instances shown in the film where these women have said awful things about other victims in other situations; again, this isn’t needed to dilute the sympathy, but it reveals the hypocritical blinders worn by many at Fox News where some terrible actions and statements are still okay. 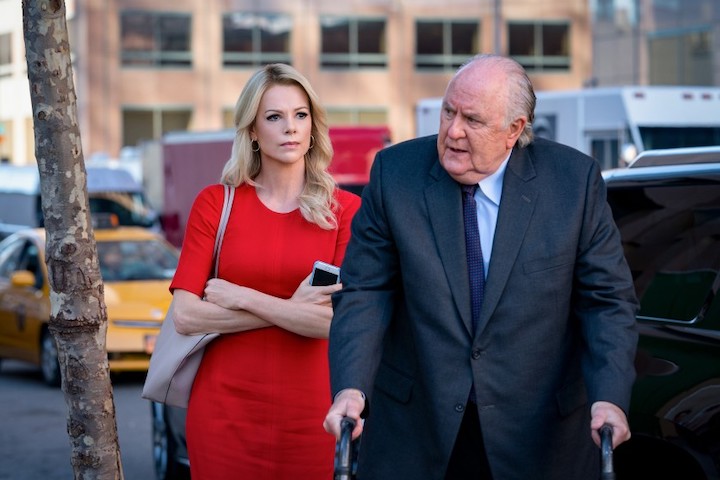 Lastly, the whole story plays out during the ascendancy of Trump—the culmination of much of the story actually occurs at the RNC when he was officially given the nomination to be the Republican candidate. Many of the themes in BOMBSHELL are pretty blatant and obvious in dialogue and imagery, so it would be odd that this aspect (a sexual predator propped up by a news organization run by a sexual predator and still embraced and beloved by that news organization to this day) is merely just subtle background.

It’s important to judge a film by what it is and not what the viewer wants it to be. However, BOMBSHELL has so many strong points that these dropped balls and selective storytelling end up becoming increasingly glaring as the movie plays. THE BIG SHORT found clever ways to break down incredibly complicated material but was also able to show the truly tragic costs of the patently ridiculous situation while revealing the intersection between multiple facets of modern American society—mostly due to McKay’s fervent activist streak against financial malfeasance and government cronyism. Roach’s film has many of those same hallmarks and aims for many of the same accomplishments, but ultimately falls short due to lack of ambition and necessary passion to connect all the dots that led to this unfortunate situation.