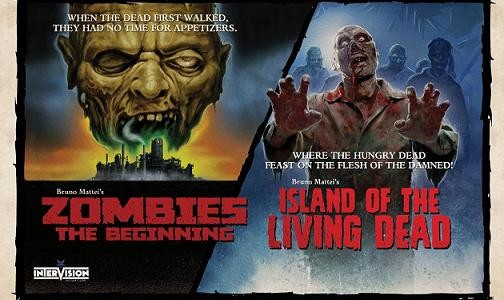 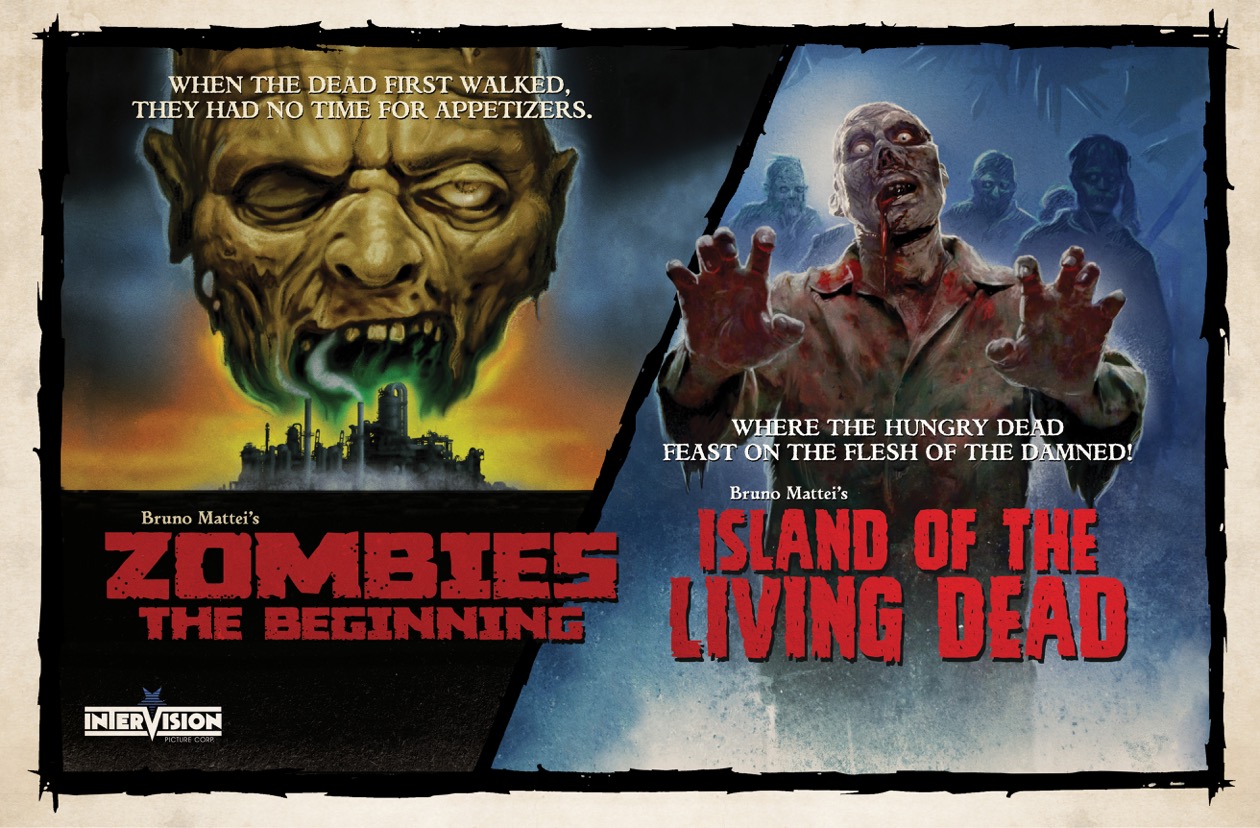 Back in the Fall of 2014, Intervision released a pair of late-period Bruno Mattei cannibal films (reviewed on Daily Grindhouse here), but little could anyone have known that they had another Mattei assault in the works. Now Intervision has released the filmmaker’s final two features from 2007 on DVD for the first time in the United States, so finally American zombie film completists and Mattei fans can showcase these new editions to their unsuspecting friends. Much like the previous pair of cannibal films, these two zombie movies are a decidedly mixed bag. 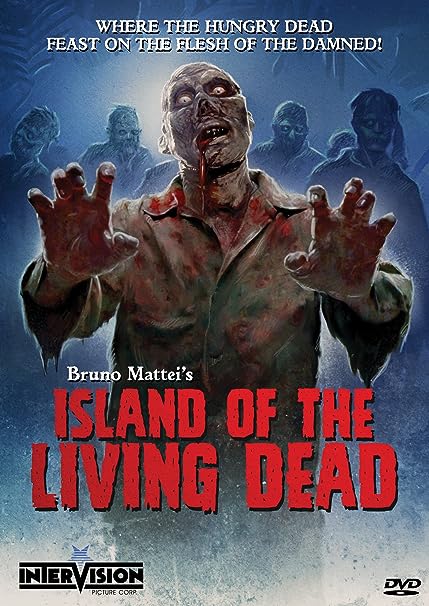 First up is ISLAND OF THE LIVING DEAD. Yvette Yzon stars as Sharon, a crew member on a ship of treasure hunters searching for lost gold on the high seas. After losing a major score, the ship happens upon an uncharted island, which the crew explores only to find an army of zombies. Bizarrely, nobody seems all that shocked to find that the island is peopled entirely with walking corpses. They just keep poking around until they discover a library of ancient texts that may hold the key to explaining the existence of the zombies and possibly the untold riches they have been searching for. But will they be able to find the treasure and get off the island alive, or will the zombies and/or ghosts and/or vampires that haunt the cursed island eat them first? 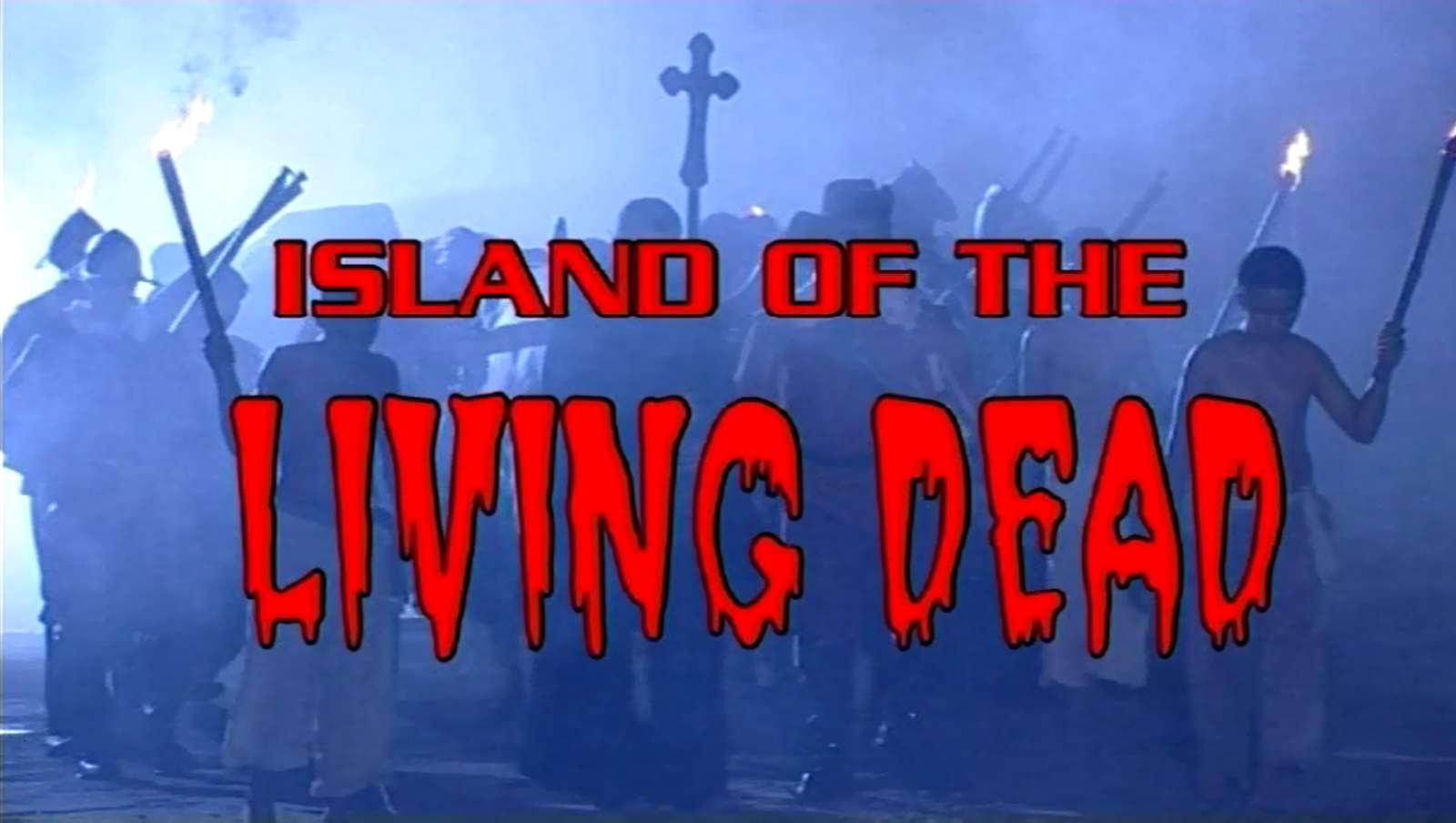 ISLAND OF THE LIVING DEAD is a big step up in production quality from MONDO CANNIBAL and IN THE LAND OF THE CANNIBALS. The digital video is much easier on the eyes, and the gore effects and makeup are much better. Unfortunately, it suffers from a very similar problem to IN THE LAND OF THE CANNIBALS in that once the characters are in the place where the main action of the film takes place, they just sort of wander around for a really long time without much going on.

At 97 minutes, ISLAND OF THE LIVING DEAD is a rough slog, shamelessly padded out with endless pointless diversions—why not stop defending yourself in the midst of a zombie vampire ghost siege to take a while to drink old wine found in dusty casks, or dance with a ghost woman, etc.? All but the most undemanding zombie movie fan should probably give this one a pass. 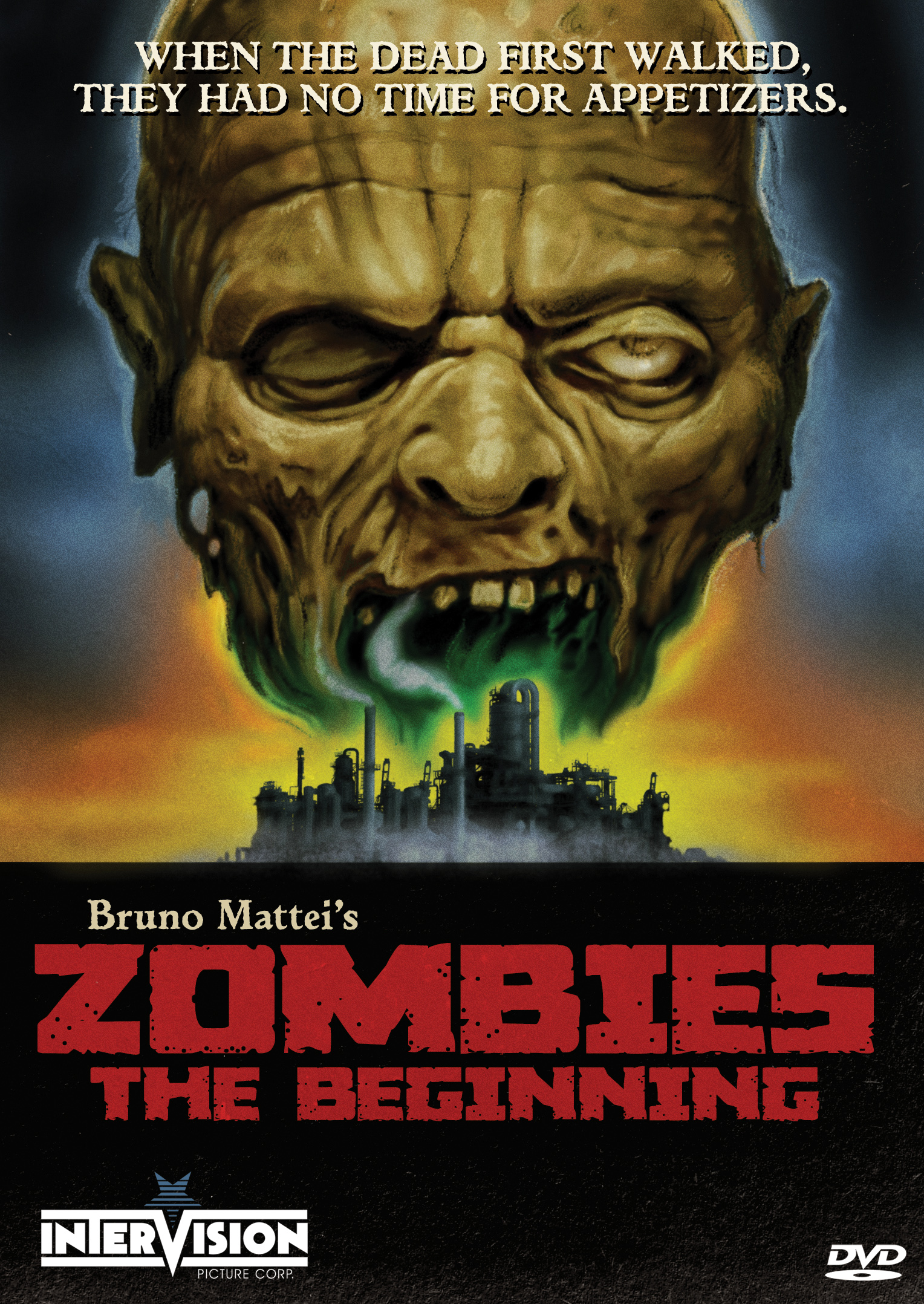 Considerably more interesting is Mattei’s final film, the ironically titled ZOMBIES: THE BEGINNING. Picking up more or less where ISLAND OF THE LIVING DEAD left off, this sequel is basically a remake of ALIENS, but with zombies instead of aliens. Sharon (Yvette Yzon, reprising the role) is discovered floating on a makeshift raft and brought back to civilization. 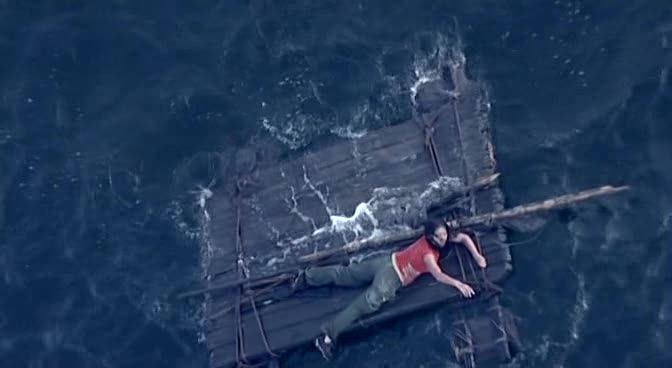 A corporation has discovered the island from the first film but has lost contact with the first group it sent to explore the island. Their plan is to send another group to the island to find out what happened, and they want Sharon to go as a consultant since she has dealt with whatever is out there before. If you’ve seen ALIENS, you know pretty much exactly where this is going. If you haven’t, you might want to watch that one first, so ZOMBIES: THE BEGINNING doesn’t spoil anything.

ZOMBIES: THE BEGINNING not only shamelessly lifts character types and set pieces and paraphrases lines of dialogue directly from ALIENS. It also features actual footage from the film CRIMSON TIDE, one shot actually featuring Viggo Mortensen. This footage is used to sell the submarine voyage to the island that makes up a good chunk of the film’s first act. The rest of the first act feels like it’s made up of recycled footage from ISLAND OF THE LIVING DEAD, as Sharon has nightmare flashbacks to her ordeal. While only seven minutes shorter than ISLAND OF THE LIVING DEAD, ZOMBIES: THE BEGINNING has a much better pace, and spotting the blatant ALIENS rips keep things fun leading into the seriously insane finale. It’s not great, but ZOMBIES: THE BEGINNING is a hell of a lot more fun than ISLAND OF THE LIVING DEAD.

These two movies were shot digitally in the mid-2000s, so the picture quality is as good as it possibly could be given what Intervision had to work with. Again, they look considerably better than the early-2000s Mattei cannibal movies, which is a relief. Each disc presents its film uncut in their its full aspect ratio, and each features a different interview featurette. ISLAND OF THE LIVING DEAD’s interview is titled “Bungle in the Jungle” and features producer Giovanni Paolucci and screenwriter Antonio Tentori. ZOMBIES: THE BEGINNING features an interview with Tentori entitled “Zombies Genisys.” These are interesting for anyone wondering how the hell Mattei got these movies made in the first place!  ISLAND OF THE LIVING DEAD also features a theatrical trailer and international sales promo for the film. Neither of these films are going to be required viewing for the majority of horror fans, but zombie movie completists and anyone curious about how Mattei ended his long filmmaking career will want to give them a look.