Joel Potrykus grabbed the attention of some horror fans with his second feature BUZZARD, in which the protagonist retrofits a Nintendo Power Glove with blades to mimic the iconic weapon of Freddy Krueger in A NIGHTMARE ON ELM STREET. BUZZARD is hardly a slasher, although the glove does get put to use. Mostly it follows Marty (Joshua Burge) drifting from one low-level scam to another, trying to scrape by as long as possible before his luck runs out. Potrykus’s follow-up was THE ALCHEMIST COOKBOOK, which edged a little closer to genre territory with its story of a young man who isolates himself in a trailer deep in the woods where he mixes chemical compounds and reads occult texts in an attempt to summon a demon to acquire riches beyond imagining. Like BUZZARD, though, the genre trappings are more set dressing for a character study of someone at a volatile period in their life. While both films had some comedic elements, they’re not exactly comedies; his latest feature, RELAXER, absolutely is. Not only that, but it’s flat-out goofy, a claustrophobic, gloriously juvenile comedy that seems like a curveball even from someone whose work has been unpredictable and unclassifiable. 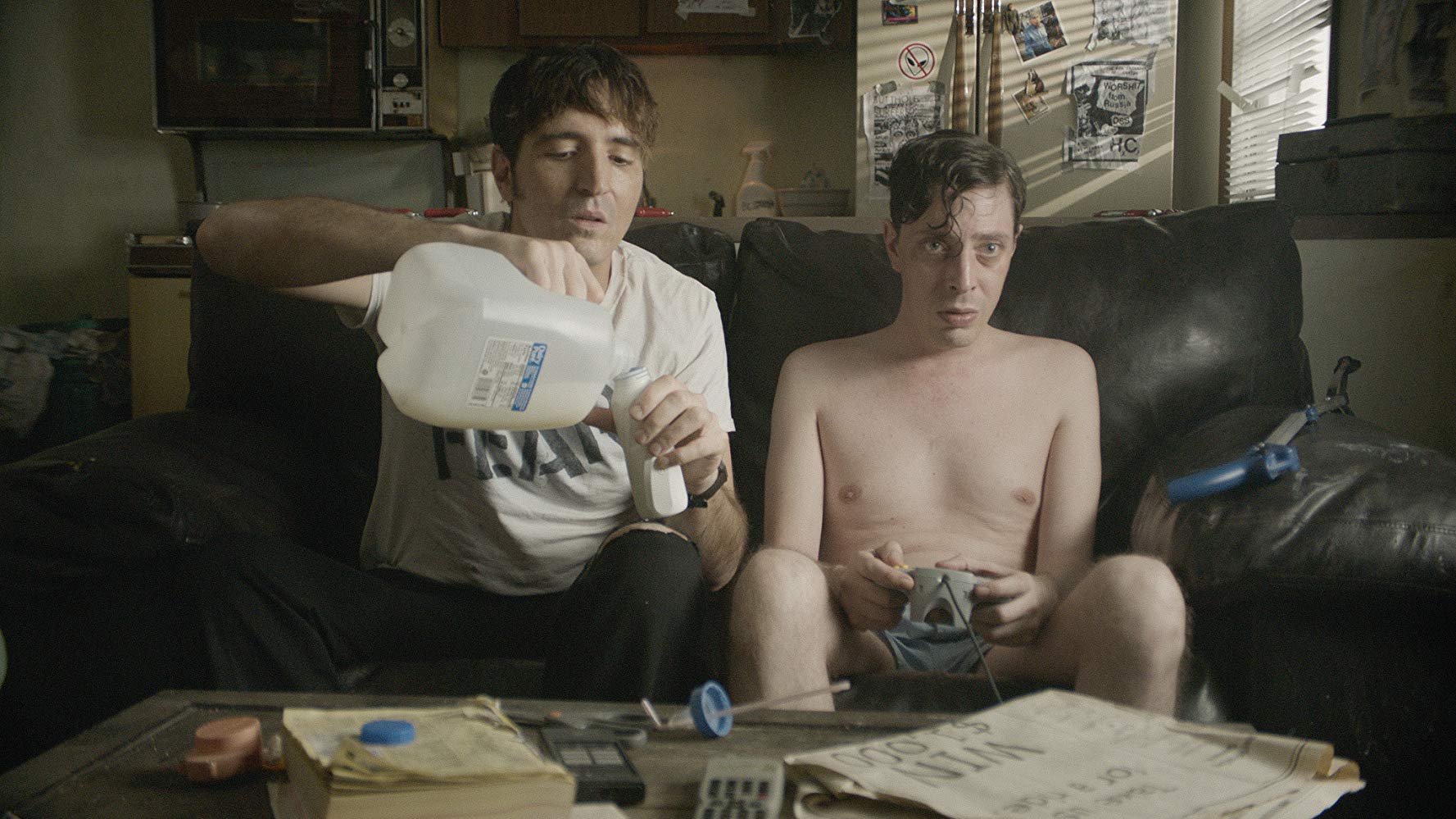 As the film opens, Abbie (Joshua Burge) is in the midst of one of the endless “Challenges” put to him by his abusive older brother Cam (David Dastmalchian). This one involves Abbie drinking eight baby bottles of milk poured from a gallon jug, and requires him to drink each bottleful in a set amount of time (it may also include the game of Tony Hawk’s Pro Skater Abbie is playing). Also, he can’t leave the couch for a bathroom break. This Challenge ends about as well as any reasonable person would expect, and Abbie desperately asks Cam to come up with a final Challenge that he will definitely, 100% complete. Somehow Pac-Man enters the conversation, and Cam’s Challenge is for Abbie to beat level 256 in order to get a $100,000 prize. Again, without leaving the couch. And also before Cam comes back, which may or may not be before Y2K. Abbie launches into his marathon gaming session on his Nintendo 64, and the Challenge is on.

The opening 10 minutes or so of RELAXER is a good litmus test for whether or not a viewer will be on board with the whole thing as it basically follows the same formula: Abbie remains on the couch, visited by a series of characters who fill in some of his unexpectedly tragic backstory and/or mercilessly ridicule him. When he’s alone, Abbie tries to figure out how to get food or liquids without getting up. These schemes become progressively more outrageous and potentially dangerous as the Challenge stretches on and the threat of Y2K looms. Burge has to carry the entire film while sitting glued to a couch in his underwear doing weird junk, and he proves as he did in BUZZARD that he can make this kind of thing surprisingly sympathetic. The occasional intruders into his little world play off him in very different ways: Dallas (Andre Hyland) drops in after his shift at Media Play with a couple of two-liters of soda and taunts Abbie until he makes his own Challenge, while Arin (Adina Howard) stops by to check in on Abbie with genuine concern. Potrykus and his small cast mine these interactions for all they’re worth, reaching near-Jackass levels of juvenile antics one minute and investing Abbie with surprising pathos the next. 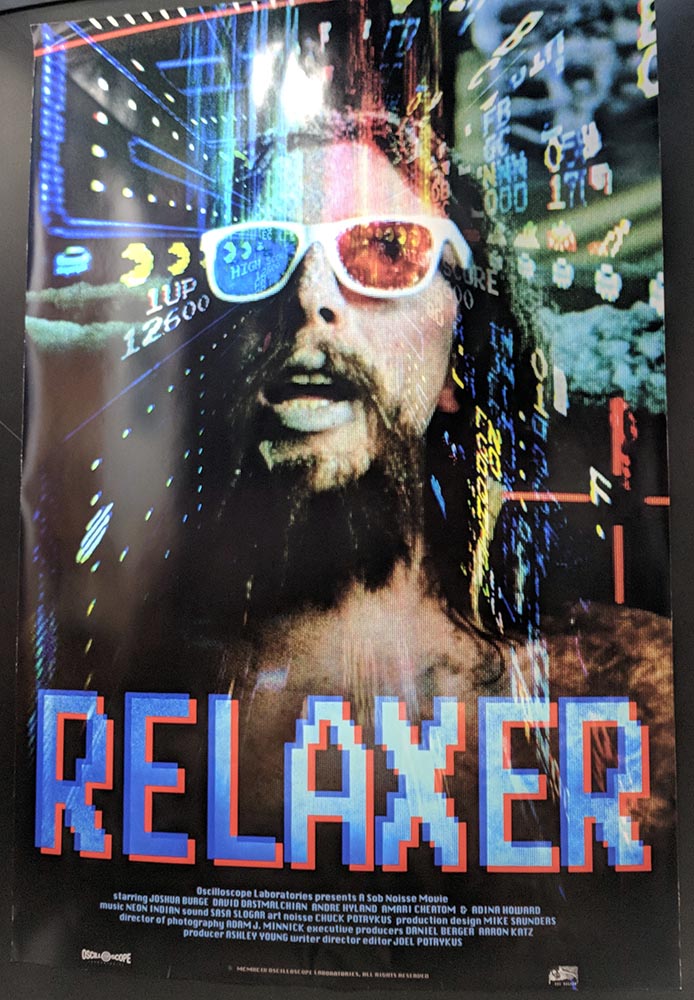 RELAXER was probably the single most divisive feature that played this year’s Cinepocalypse, hitting a few fellow writers’ Best Of lists while more than a few in attendance were deeply unhappy to have spent a viewing slot on it. But like Potrkyus’s previous films, there’s nothing out there quite like this. It’s worth a look just for its audaciously unique hybrid of deeply goofy, juvenile humor and a dark undercurrent running deep beneath its slapstick facade. You may laugh more during RELAXER than any of Potrkyus’s previous features, but you’ll probably feel worse about it on further reflection. Whether that’s something viewers will want to deal with or not is an open question, but the fact that a movie about a guy sitting on a couch gives the audience so much to reflect on afterward makes RELAXER more than just a high-concept gross-out.