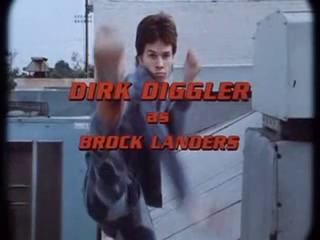 What’s that?  You’ve read parts one and two of our list of the Top 50 Greatest Fake Trailers Ever Made, put together with input from our nation’s top scientists and experts?  Why then, it’s a good thing part three is here with more fake movies that you’ll never, ever, ever get to watch!  Except for the one that was actually turned into a movie.

Schwarzenegger. Shakespeare. It’s exactly the trailer you’d hope it would be.

MACHETE really should have just stayed a trailer, no matter how much Rodriguez loved to give Danny Trejo an ass-kicking star vehicle. As a trailer, the tale of Trejo playing the titular illegal alien hired to assassinate a senator features nothing but money shots that don’t have to be set up by plot or justified by logic — exactly the way the concept is best conceived. The first MACHETE is fun, but it doesn’t live up to the trailer, a small-scale action feast of badassness that no feature could hope to replicate. The follow-up feature MACHETE KILLS was more over-the-top antics, but the best part was the trailer for the non-existent (at least, not yet) third entry, which, naturally, puts the hero in space.

27. THE HORRIBLY SLOW MURDERER WITH THE EXTREMELY INEFFECTIVE WEAPON (2009)

Running over ten minutes, this is certainly one of the longest entries in the list, but that’s really the point of Gale’s take on horror pics featuring a killer that just… takes… forever. It’s the ultimate take on the idea of a killer whose slow stroll always seems to outrun those running away at full speed, and while it suffers a little bit from the fact that it just looks like cheaply-lensed DV rather than a polished film, it’s still a hell of a lot more entertaining than you’d expect. The fact that it just goes on and on and on just adds to the absurdity. 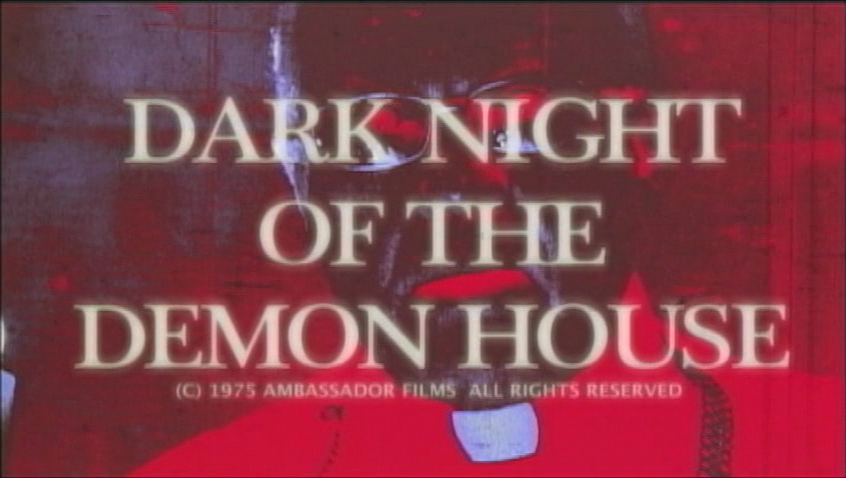 The DVD/CD set accompanying Stephen Romano’s “Shock Festival” book features a batch of great vintage trailers, along with a group of newly-created ones for the faux films depicted in Romano’s tome. Most of them are good, though some clearly show that it takes more than running a short through a grainy film stock filter to make a grindhouse trailer. One of the best is DARK NIGHT OF THE DEMON HOUSE, a take on ’70s haunted house films that promises all the sex, violence and bad dubbing you’d want, set in a format in which the title is stated so many times that you can’t possibly forget it. Hey, it worked for BLACK MAMA, WHITE MAMA.

“Her name is Alexa Wolf, a sexy assassin with a troubled past.” So begins a Black Keys music video that’s more faux trailer than anything meant to promote the Black Keys’ song, but it also does a fantastic job of utilizing the track, and it’s got all the butt-kicking ladies, explosions, swords, sex, eye patches and Sir Todd Bridges that you could ever want. 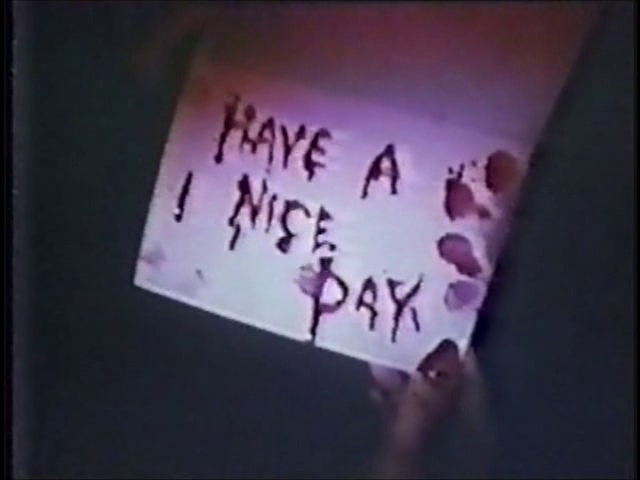 Originally created as part of the Michael Nesmith-produced ELEPHANT PARTS, this slasher film trailer found further life by airing on “Saturday Night Live.” One of the few examples of a slasher film trailer parody made during the slasher film era, HAVE A NICE DAY is quick, bloody, and features ominous treatment of the yellow smiley-faced logos that were omnipresent in the early ’80s. Sure, it’s dated, but it gets the job done. And like most content that has anything to do with SNL made before last month or so, it’s invisible online.

“A Kiss From Tokyo” Theatrical trailer from Stephane coedel on Vimeo.

Created as a promotion for the release of a book, Coedel’s fantastically gorgeous animated short pays homage to the foreign pop-art spy thrillers of the ’60s, and shows that you don’t even have to use live action to create a tribute to a genre. The music, timing and colors are perfect, and I would watch this movie in a second. )

I’m calling a tie on this one. Both mock trailers imagine a theoretical film by loved-and-hated filmmaker Wes Anderson, but Loveness’s, made after a rumor that the auteur was alleged to be helming a new chapter in the Spider-Man saga, was clearly done on a minimal budget and yet features so many perfectly Wes Anderson moments that it overcomes any monetary constraints. (It also has the best Owen Wilson impression ever filmed.) The Saturday Night Live sketch was made with money that allowed it to better recreate the perfectionism of Anderson’s carefully-constructed cinematic moments. They’re both fantastic.

ATTACK OF THE KILLER TOMATOES may be the last word in food-based comedy/horror features, but Bilka’s wildly entertaining trailer for a would-be ’50s monster movie about “crazed cob fiends” leads no cliché unturned, from the overdramatic narrator reading off of cue cards to the lovers on the run, and the gags it uses are unexpected enough to work beautifully. The stop-motion corn itself is the perfect combination of rudimentary and well-executed, and you’d be hard-pressed to find a more charmingly hilarious way to spend three minutes.