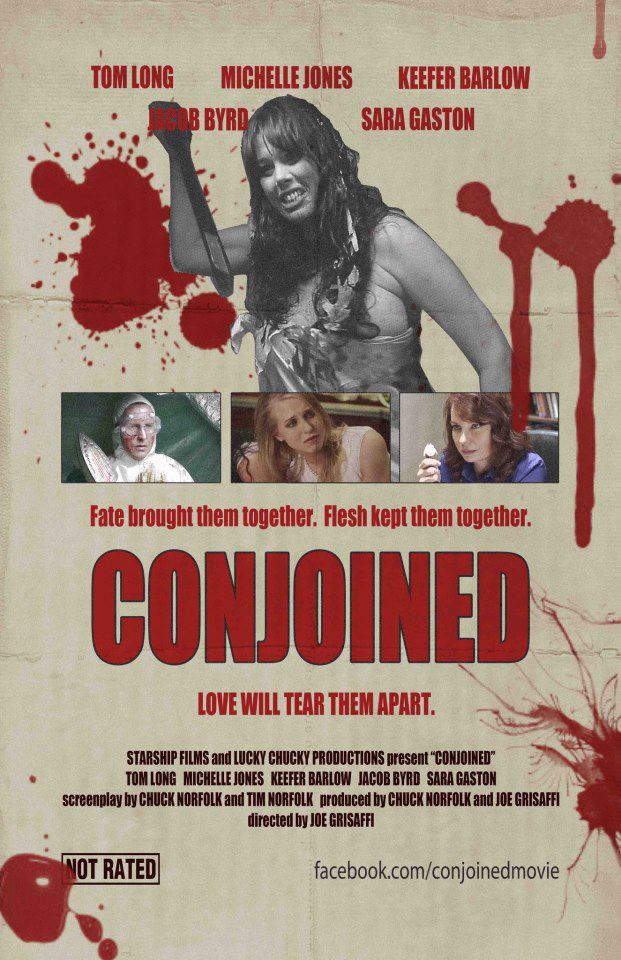 I’m not sure if it would be fair to call CONJOINED a romantic comedy, but it’s definitely a horror comedy that deals with the ups and downs of a new relationship. Working out the quirks, and standing by your partner, is what it’s all about. That, and CONJOINED is also about homicidal Siamese twins out on a splatter-filled rampage. Definitely my kind of rom-com.
Stanley (Tom Long) is an awkward fella looking for love over the internet, and he believes that his prayers have been answered in the stunning Alina (Michelle Ellen Jones). She’s funny, smart, beautiful –what’s not to love? The internet romance feels realistic. I’ve been there, done that. It’s a cute modern twist. The whole time that Stanley is courting Alina, he’s confiding with Courtney (Deidre Stephens), a bubbly and fun internet cam2cam sex chat operator, about his relationship with Alina.
Alina soon reveals that when she moves in with Stanley she will have to bring her sister with her, because she is…”stuck with her.” Yes, after much pun-filled wordplay, we discover that Alina’s sister is actually her Siamese twin, and not just her Siamese twin, but her evil twin. Between the humor and the production values, CONJOINED has a really cool Troma feel, and I like it! I’m almost always a fan of fun crude humor. 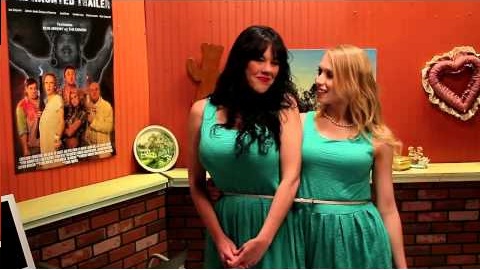 Since Alina has Stanley, she wants to set up her sister Alisa (Keefer Barlow) with a date. But Alisa is an alcoholic mean-spirited bitch who takes joy in dumping insults on other people, so dating doesn’t go so well. Alisa, being the bad girl, decides to go straight for the internet hook-up sex sites, and attracts the douchiest of the douchebags. Her first date shows up to Stanley’s house — he’s crass and has a popped collar, I hate this character already — and once he sees that Alina and Alisa are conjoined twins, he starts in with a barrage of insults and laughter. Alisa kills him, and I couldn’t help but clap and cheer. It turns out that Alisa (though not Alina) is a serial killer. I can dig it!
After an argument between Alisa, Alina, and Stanley, Stanley decides to forgive, forget, and help dispose of the body. One big happy homicidal family. The character of Alisa is really great “bad-girl” — campy fun, like something out of a Russ Meyer film. Even after the first murder, Stanley and Alina keep trying to hook Alisa up with horny guys (and a girl). Each time they are killed in some horrible way. Let’s put it this way: any time a penis is bitten off in a film, it’s a guaranteed good time! 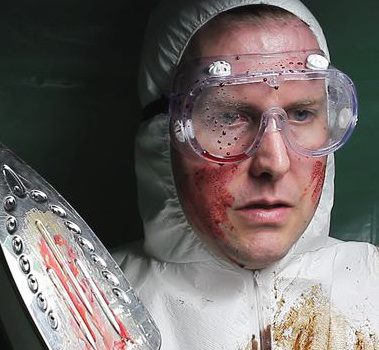 Poor Stanley, what is he do? He can no longer deal with Alisa’s murderous ways, but he loves Alina. What else can he do besides separate them and hope that Alina lives through the operation. He sets up an operating room, very similar to the “kill rooms” used in the television show Dexter, drugs the twins, and gets to work. The DIY surgery scene is pretty hilarious. Between using what looks to be a hedge trimmer to separate the twins, and an iron to cauterize the wounds, it reminded me of the torture porn classic BLOOD SUCKING FREAKS.  So much splatter, so much fun!
CONJOINED is a modern-edged splatter film that will keep you laughing all the way through. It felt like a great tribute to films of the past. There was a definite nod to the VHS era, with ideas taken from the work of Frank Henenlotter. The psycho-conjoined twin recalls BASKET CASE, and the scene where Alina is shocked back to life with a car battery screamed FRANKENHOOKER.
The roots of CONJOINED seem to go back much further though. Total drive-in magic. The ultra low-budget effects were very much like the original BLOOD FEAST. Paying homage to the original master of American gore, Herschell Gordon Lewis, is always appreciated. Sure, the severed body parts and fake blood looked like something you could buy at the Dollar Store around Halloween, but it totally worked! 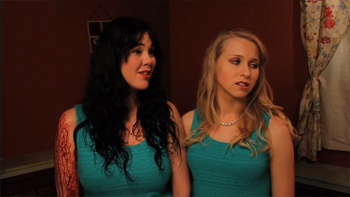 CONJOINED is for that rare breed who love no-budget indie horror films and who crave schlock. Don’t go in expecting anything more than a good time, and you won’t be disappointed.