Oh, the sad story of Paul Kersey. He’s had a rough go. First DEATH WISH film, his wife is murdered, and his daughter gets raped by hooligans and winds up in the mental ward. In the second film, his housekeeper and that same unfortunate daughter are raped and murdered. As of DEATH WISH 3, his old war buddy and his new girlfriend are murdered. In Film Number 4, his girlfriend’s daughter ODs on crack, and then his girlfriend is murdered too. Well, DEATH WISH 5 starts with Paul getting engaged to his new fashion-designer girlfriend, and meeting her daughter who “so needs a father.” This can only go well, right? 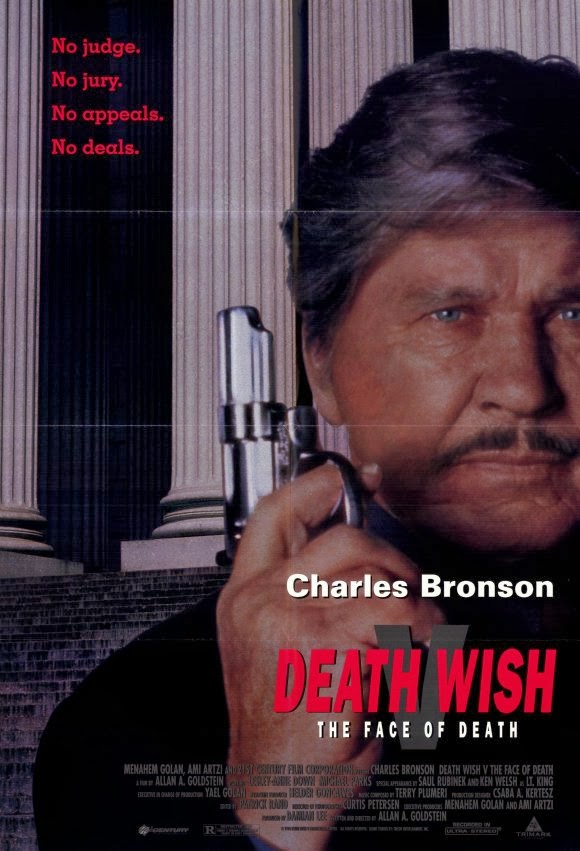 Two quick questions: First off, who the fuck is dating Paul Kersey at this point? Sure, I get that Charles Bronson is like the best-looking dude ever, but look what happens to every woman he gets with. How do you pass off “well, my wife, my last two serious girlfriends, my daughter, and for good measure my best friend from my old Army days were all murdered in spectacular fashion” on a woman and get a second date? There must be a specialty dating service that finds women for guys like him and Drew Peterson.

Secondly, at what point does the fact that those close to you all wind up getting murdered (many as a direct result of your actions) just becomes a negative fact of life that you must deal with? I mean, are you going to go a rampage every time this happens, if it happens every year or so? Bronson was a 73-year-old man at this point. You can’t tell me he wouldn’t rather spend his remaining evenings having a nice supper and watching Fox News instead of stalking and killing mobsters half his age.

The typical events of a DEATH WISH film unfold, although in a somewhat more-ridiculous-than-usual fashion. Literally minutes after Kersey gets engaged in a nice restaurant, his fiancée goes to the bathroom, where she is beaten by a transvestite mobster, which is kind of awesome. The usual events transpire from there, and next thing you know, Paul Kersey living the life he’s meant to lead: Meaning he’s on the streets looking for vengeance, with a girlfriend in the morgue. 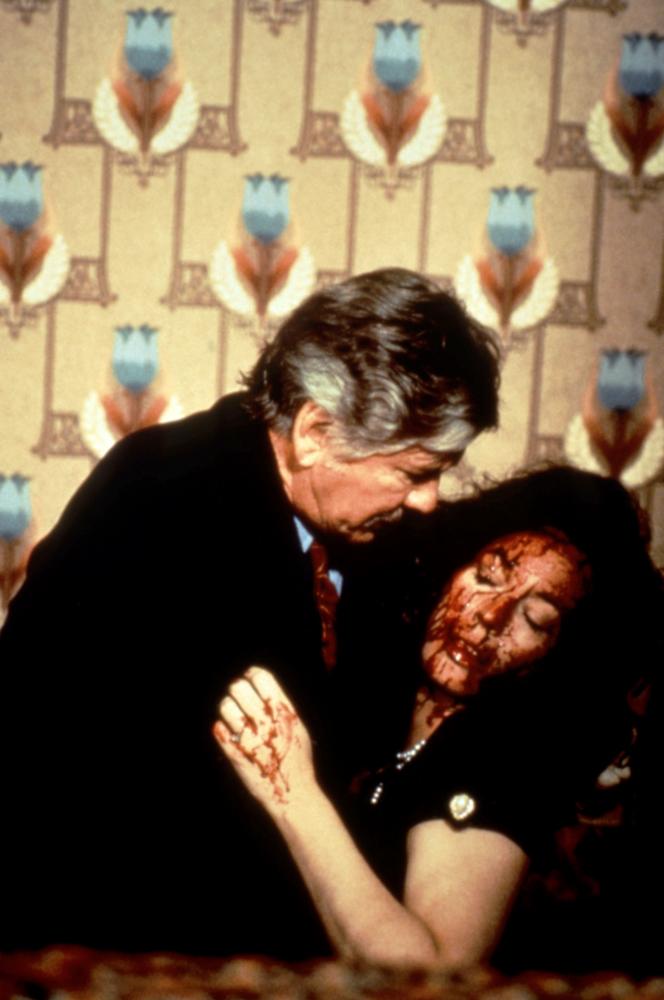 For better or worse, this is an action film of the 1990s, which was not the best decade for action films that didn’t star Bruce Willis or Steven Seagal. The music is dated and not in a fun way, there’s way too much slow-mo (seriously, there’s a moment when they have a Bronson, a 73-year-old man, running in slow motion) and there’s at least 15 more minutes of plot than needed. Even with all that time wasted on the plot, there’s a lot in this movie that doesn’t make sense. For instance, he’s in witness protection, even though over the first four films, he murdered 109 people. Not to mention he still lives in his hometown of NYC, and if I understand the concept of “witness protection” like I think I do, I’m pretty sure if you’re in witness protection, they move you far away from all the criminals who might want to kill you, and not just like a few blocks over. 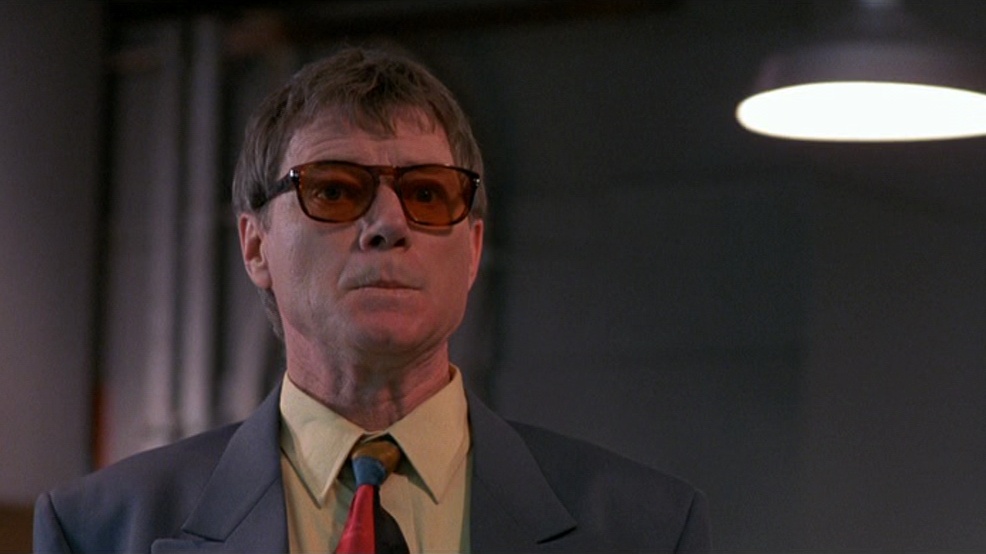 There’s a much lower body count then you would like in a later DEATH WISH film. Bronson kills a meager eight scumbags. But most of the deaths are either overly gory or have a novelty factor to them that makes up for it. He poisons a mobster’s cannoli; one guy gets knocked into a wood chipper, and one guy is killed with a remote-control soccer ball (are remote control soccer balls a thing?) with a bomb in it. He’s like an older, way more aggressive MacGyver or something. 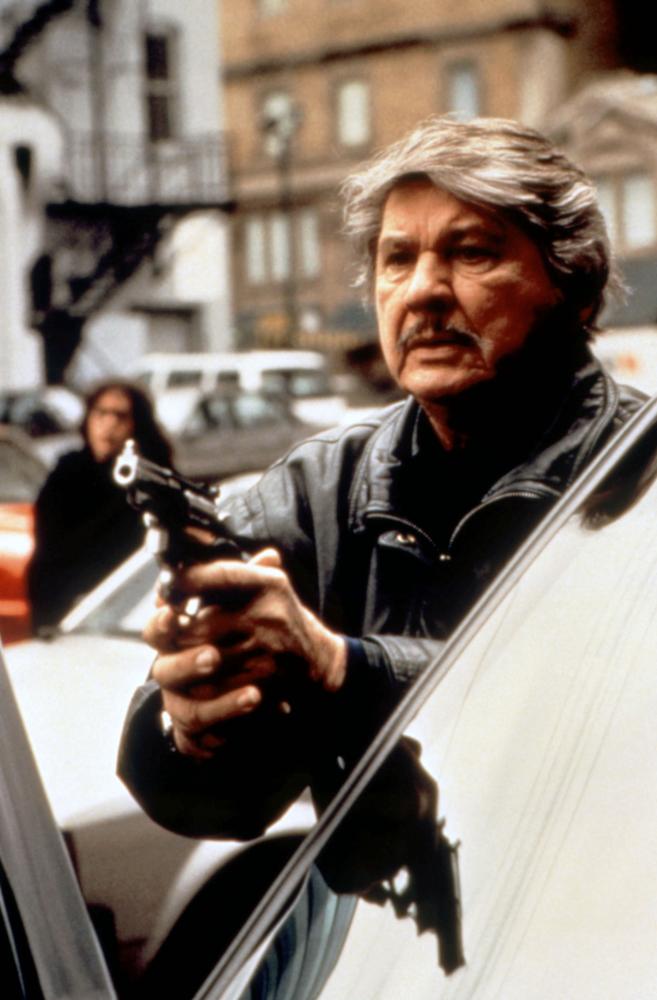 Bronson is pretty much phoning it in most of the film (it’s almost as if at his age, he’s not thrilled to be shooting people on film anymore), but there’s some good work in the movie. Michael Parks is great as the main villain, “O’Shea,” the leader of a supposedly Irish mob that has mainly Italian dudes in it. But he’s so much fun as a bad guy; his character is totally over-the-top mean and violent (and needlessly racist, too). His whole mob is ridiculous and awesome. Its fun watching them all get killed. 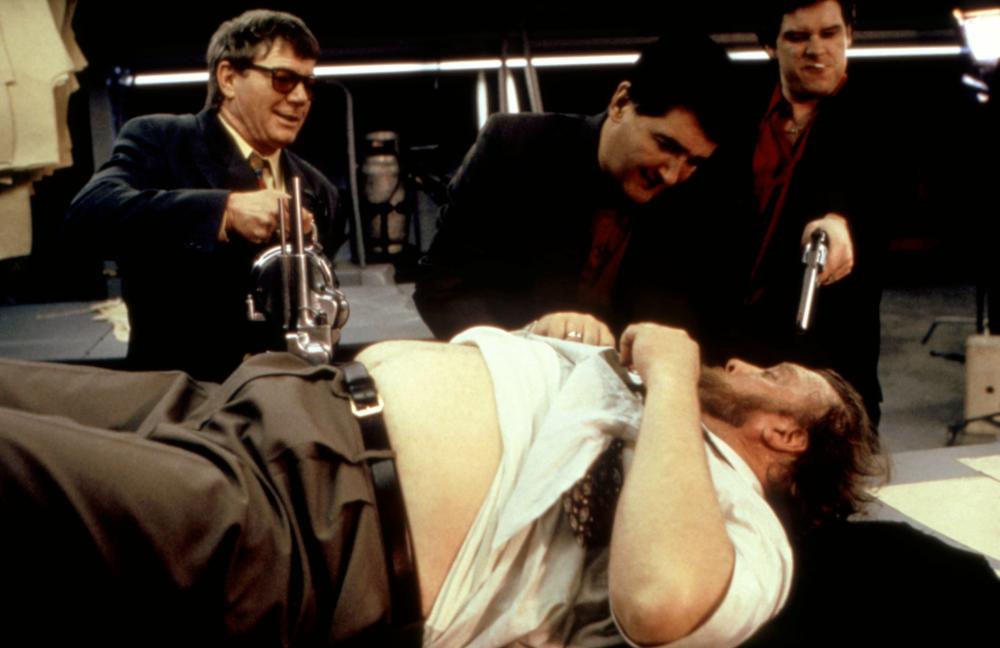 The finale is somewhat tame, compared to the out-and-out carnage at the end of DEATH WISHes 3 + 4, but it’s still Bronson murdering bad guys in a dress-manufacturing warehouse, so it’s rather awesome. One scumbag gets shot and falls into a wood chipper, and right after he’s done begging for his life, Bronson shoves Parks into a tub full of acid or some liquid that makes him die a horribly painful death. I do not in fact think the average dress warehouse has a wood chipper or an unmarked tub of acid right out in the middle of the production floor. But then again, what do I know about fashion? 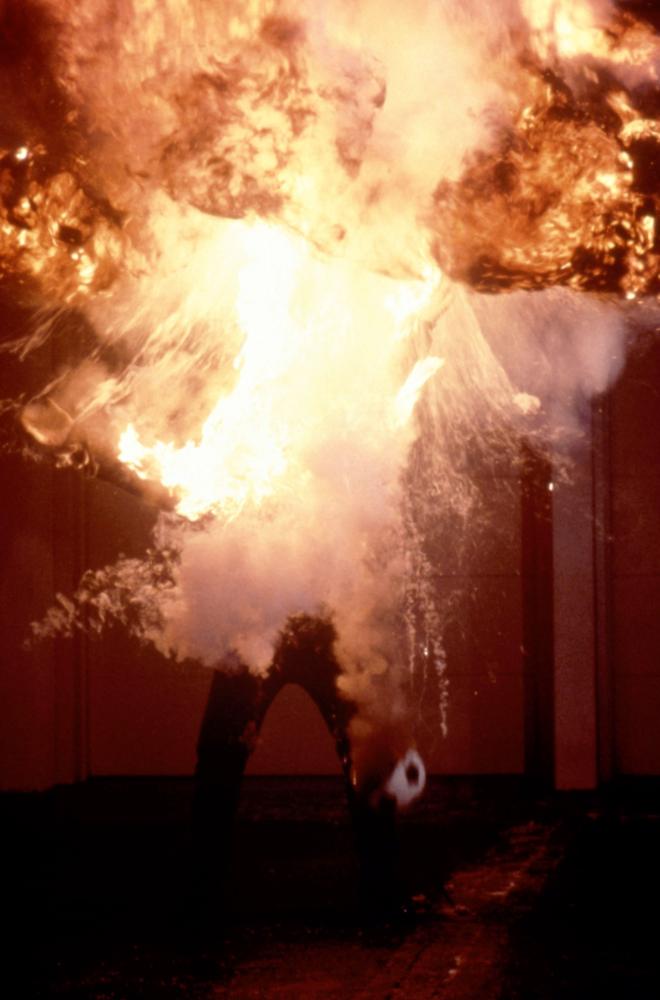 It’s not a film without some charms, but DEATH WISH 5 is clearly the weakest of the franchise. It’s not nearly as good of a proper movie as the first two films (or even last year’s remake with Bruce Willis for that matter), and it lacks the over the top insanity of DEATH WISHes 3 + 4. It’s sad that DEATH WISH 5 was the legendary Bronson’s last theatrical release, but I guess we all got to go out some way. But it’s still worth a watch, though it might go down a little better if you think of it as an amazingly gory reboot of Matlock, instead of one of the DEATH WISH films.