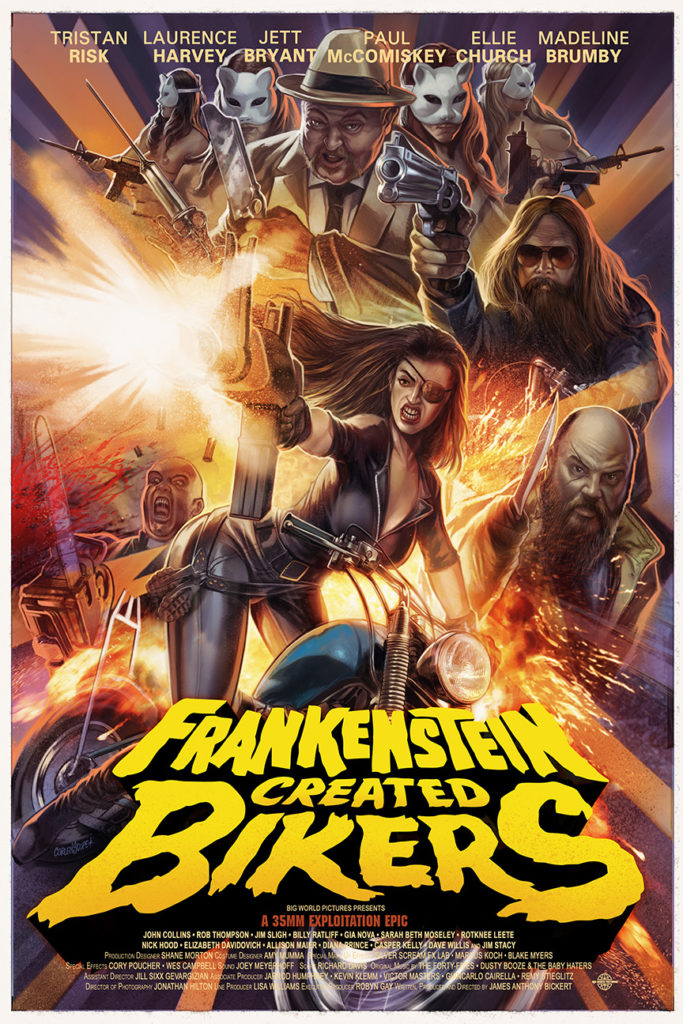 FRANKENSTEIN CREATED BIKERS is a depraved, sick, and twisted film that takes the concept of good taste, drags it out back, and beats it savagely with fists. So in other words, it’s a great piece of grindhouse cinema, and is perfect for people who love their movies ridiculously gory, over-the-top, and filled with copious amounts of nudity… which I would have to imagine describes quite a lot of the individuals who come to Daily Grindhouse for media recommendations. 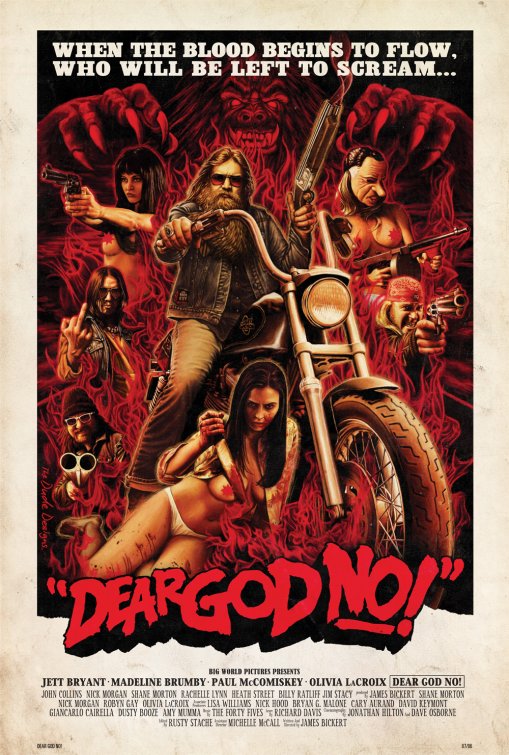 FRANKENSTEIN CREATED BIKERS is the sequel to the brutal horror comedy DEAR GOD NO! (included on the Blu-Ray release as a hidden bonus feature, in a clever and gracious move), and follows the fallout of the carnage caused by the outlaw bikers The Impalers, who are led by their gruff, no-nonsense leader Jett. Jett and his gang are being used by two sadistic scientists, Dr. Marco  and his assistant Klaus (played by HUMAN CENTIPEDE veteran Laurence R. Harvey) to recover their escaped experiments. If that wasn’t enough, you also have a gang of bounty hunters out to hunt down The Impalers, being led by the one-eyed, motorcycle-riding, and murderous Val (Tristan Risk, reveling in every minute of time on camera by being as crazy as possible), who has a score to settle with the outlaw bikers. You even have a sultry hitchhiker caught in the middle of this, and the town sheriff looking to bring an end to all the madness!

Despite the fact this sounds like almost too much to keep track of in the movie, and it might sound like it could become a muddled mess of assorted things just thrown in there for the sake of “grindhouse appeal,” the film actually does a great job of balancing the numerous intertwining stories. Despite the description given above, that barely scratches the surfaces of just how far the relationship between all these killers, crazies, and innocents goes. The film is a ton of fun, and it’s all helped by the fact that James Bickert and everyone on set were clearly having fun doing all this stuff. I mentioned Tristan Risk’s Val, but that isn’t to take away from the rest of the cast, especially Jett Bryant as the lead, who delivers lines with such a matter-of-fact tone it’s hard not to crack a smile, despite the fact he is not what you can consider a “good guy”. Harvey is another high point in the film, as the villainous and conniving Klaus, who seems to steal every scene he’s in with his line delivery. 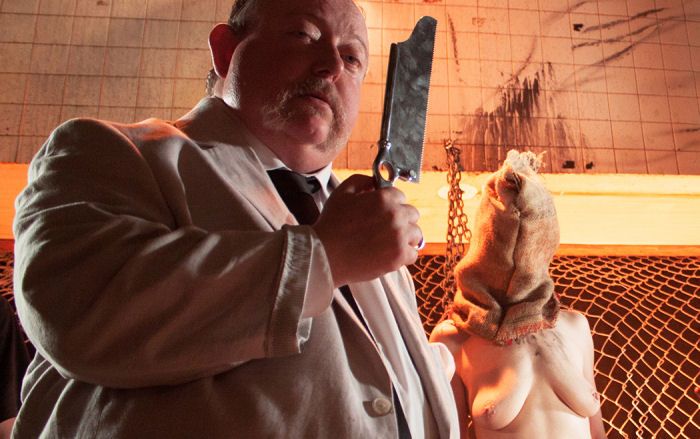 The effects are great too, in particular the gore. This is a movie that clearly pulls no punches so to have proper effects to get the point across is key and in that regard, FRANKENSTEIN CREATED BIKERS nails it. People get gunned down, stabbed, blown up, heads smashed in, heads knocked off, and much more with gratuitous amounts of blood spray and viscera to go with it all. If you are the kind of person who loved the use of practical effects in old-school Troma productions such as THE TOXIC AVENGER and CLASS OF NUKE ‘EM HIGH, you’ll be right at home here. Really, the whole film has that Troma feel to it, with its tendency to not hold back in regards to sex, drugs, and further depraved acts. At times, it gave me the same feeling of “Did I just see that?” that I got when I first watched the trashy classic RIKI-OH: THE STORY OF RICKY, and to a lesser extent, ridiculous martial arts film VERSUS. Films that just throw in the kitchen sink with every other idea, and by the end of it, they just work. While clearly not for everyone, FRANKENSTEIN CREATED BIKERS is a psychotic ride fueled with bikes, booze, and blood that is definitely worth checking out for anyone who considers themselves a horror fan and/or a grindhouse fan. 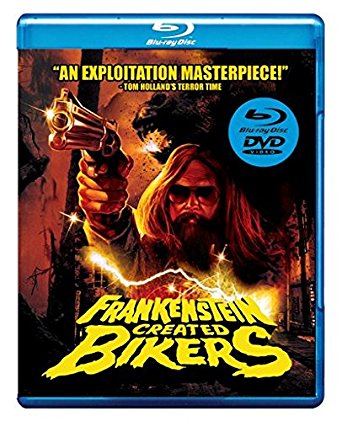