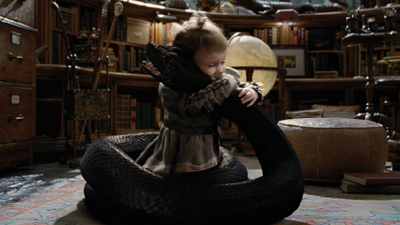 The Daily Grindhouse podcast is back! This week, EIC Jon Abrams, Assistant Editor Mike Vanderbilt, and contributor Freeman Williams discuss THE WAILING, social horror such as GET OUT and TARGETS, and slither into the arbitrary genre of “Sssnakesploitation.” How drunk was Oliver Reed on the set of VENOM? Why was there even a snake in HARD TICKET TO HAWAII? How much did SSSSSS influence Kevin Smith’s TUSK? Listen to find out!