As technology progresses, we’re more inclined to travel backwards through pop culture history and see how we can bring out the new in older movies and games. Sometimes, it’s used to great effect with Capcom remastering and reconfiguring their landmark survival horror title RESIDENT EVIL, which dropped jaws when it released to the GameCube back in 2002. Other times, technological updates can give us the 1997 STAR WARS re-releases, which, hey… The Death Star blows up with a different explosion now! After the success and re-invention of the RESIDENT EVIL franchise in 2017 with RESIDENT EVIL 7, both returning the series to horror’s hallowed halls, Capcom jumped into their time machine and decided to give us the pleasure of rediscovering a new RESIDENT EVIL 2 (which hits the streets January 25th). In honor of the new graphically-enhanced classic, Daily Grindhouse is looking back to some game franchises that could use their own updates for modern gaming. 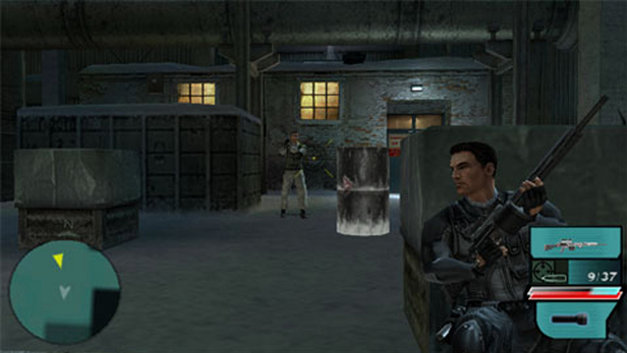 From 1999 to 2007, and over the course of six games, 989 Studios and Sony Computer Entertainment released entries in the SYPHON FILTER franchise – a third-person shooter hybridized with stealth elements that detailed a crack group of special agents led by sentient slab of rock Gabe Logan and his badass partner, Lian Xing, as they work together on globe-spanning, gun-slinging adventures to stop bio-terrorist acts from being committed by a rogue’s gallery of insidious baddies comprised of international terrorists and shadowy suits within the US government. It was a nice contrast to the cold, cool stealth of METAL GEAR SOLID, with a lot more emphasis on running and gunning, and less on “tactical espionage action.” SYPHON FILTER was the popcorn weekend box-office hit to the steak and lobster cinematic meal that was METAL GEAR SOLID. The first two SYPHON FILTER games are gold standards for PlayStation One actioners (I played SYHPON FILTER 2 endlessly when it dropped) despite the console’s limitations (which didn’t reduce the game’s enjoyability by a long shot), and though the series dropped off as it went next-gen (only hitting PSP and PS2, respectively), the series could have a wonderful reboot resurrection with both the advances in gaming technology and the sheer paranoia surrounding the government and all its nefarious dealings in 2019. 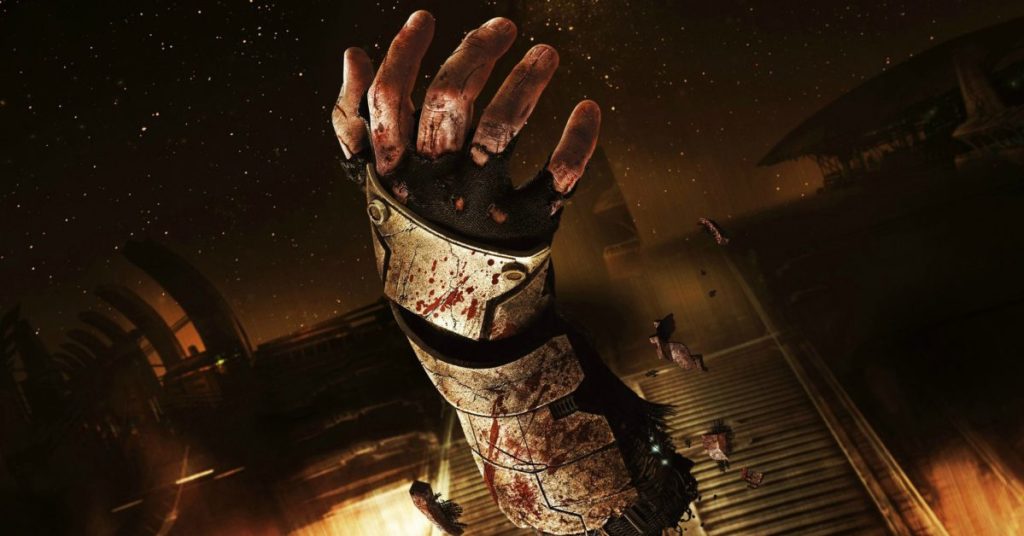 Released in 2008 by Visceral Games, DEAD SPACE was a splash of fresh blood in the survival horror subgenre, namely by giving horror fans a space horror video game, a rarity in those days (and only matched by ALIEN: ISOLATION) and ramping up the action quotient that RESIDENT EVIL 4 had previously used to success, but not allowing either the action or horror to overwhelm each other. It mixed films like EVENT HORIZON and JOHN CARPENTER’S THE THING to great effect, and created its own potent, palatable brew and compelling mythology and characters without ripping off either of those films. The game(s) followed Isaac Clarke, a ship engineer as he investigates the mystery behind a distress signal coming from a “planet-cracker” ship called The Ishimura as he navigates the horror of what happened while battling monstrosities known as Necromorphs, creatures with are biologically built from reanimated corpses. The immersion of the game (no HUD, no “pause screen for managing inventory”), the wonderful score, and the mind-splitting zero gravity sequences made the game stand tall above other shoddier horror games. The sequels slowly progressed towards a more action game bent, but still never reduced the sheer terror you got from playing the games (Isaac’s return to the Ishimura in DEAD SPACE 2 is one of the scariest moments in modern gaming), and after the third great, but far too long entry, DEAD SPACE was sadly dead in the water and with it developer Visceral Games, who shuttered their doors in 2017. If there’s no hope of a new sequel for next-gen consoles, one hopes at the very least EA will remaster the games for consoles and PC, because horror games have never been hotter and more in demand. 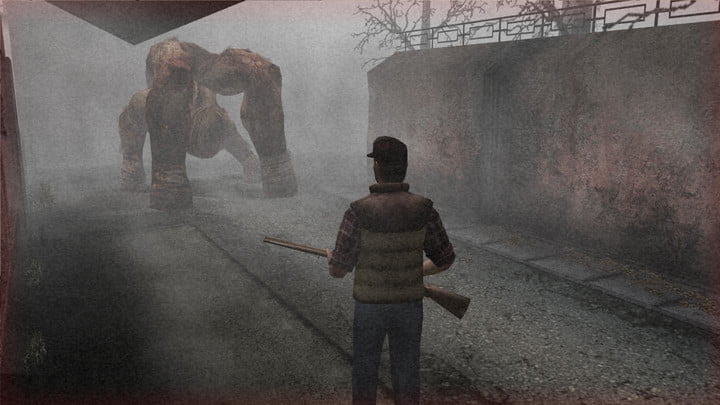 Konami’s SILENT HILL was poised as the more horror-heavy alternative to Capcom’s grunts-versus-zombies heavy-hitter upon its 1999 release. The games focused on the titular nightmarish hamlet known as Silent Hill, populated by symbolic Lovecraftian abominations and the all-too human, all-too villainous elders who ran the town, and the poor saps who had the misfortune to wander into the all-encompassing foggy vortex at its center. The sequel, SILENT HILL 2 is one of the best horror video games of all time, with its downright depressing storyline and updated gameplay mechanics, and deserves a next-gen remaster on its own accord, something I guarantee fans are clamoring for right this minute. The other two games, SILENT HILL 3 and SILENT HILL: THE ROOM had differentiating wrinkles that worked to keep the series fresh, and maintained a sense of lunatic continuity rather than the over-the top mythology of RESIDENT EVIL. Though we gamers had a couple of new console update – including the middling Westernized SILENT HILL: HOMECOMING and SILENT HILL: DOWNPOUR (a weird, freaky and interesting misfire at creating a sandbox game of all things), the series all but seemed to die as technology became more and more powerful. The most puzzling decision by Konami to shutter SILENT HILLS, a collaboration between horror titan Guillermo Del Toro and video game icon Hideo Koijma is still a sore tooth in most gamers’ mouths, given the rapturous reception to the spooky demo known as P.T.  Seriously, people still demand it even as its availability is non-existent, up to shelling out thousands of dollars for PlayStation consoles that have the demo downloaded to it. Konami shit the bed when they killed SILENT HILLS, but fortunately, it’s also possible to unshit a bed. You’ve got clean the sheets and own up to your mistake and bury that shame way, way down (not speaking from personal experience here, folks). If Konami can swallow their pride (doubtful) and give the fans what they’re screaming for, then in 2019, the series could have a hearty, bloodcurdling homecoming in the new digital age and it would be a surefire success. 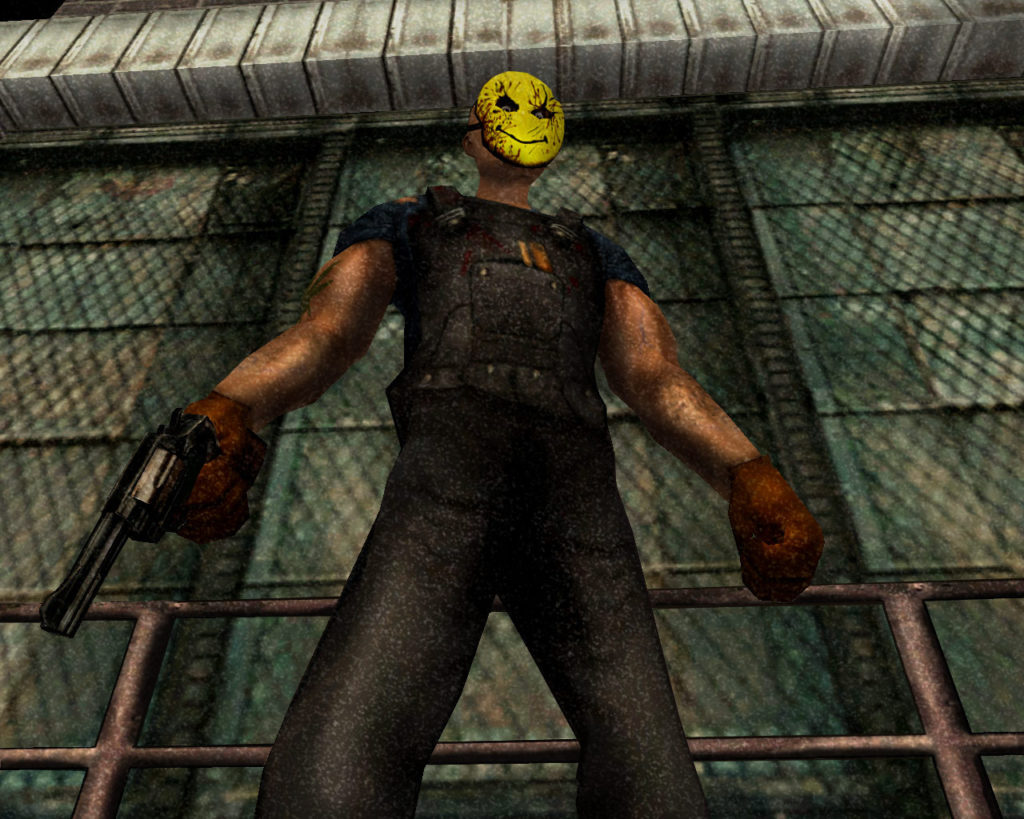 Today, Rockstar’s main cash cows tend to be games like RED DEAD REDEMPTION and GRAND THEFT AUTO, but there were a few one-shots that the studio released back in the 2000s, such as its hot-button titles like BULLY (which became a T–rated game and was nowhere near as vicious as people thought prior to its release), and MANHUNT, arguably one of the most controversial modern games. They also did a TABLE TENNIS game, but no one got mad about that! The plot of MANHUNT is a lethal dose mixture of ESCAPE FROM NEW YORK (complete with Carpenter-esque score) and 8MM (the snuff angle), centering around a prisoner named James Earl Cash who is roped into facing off against a disgusting, psychopath lot of varying freak and miscreants in different levels as the game progresses. The twisted angle is that he’s being forced to do this by a maniacal, scandal swaddled filmmaker named Lionel Starkweather for his own, perverse film. The series of increasingly violent kills that Cash can enact on these deviants allowed for a brilliant social commentary on the ever-increasing sanguinary state of gaming, pointing the finger at the bloodthirsty player, by way of Starkweather and his lust for carnage. This was lost on all but a few folks in media, especially video gaming’s boogeyman, Jack Thompson, who blamed violence in gaming for every single social madness that was permeating the streets, including the murder of seventeen-year old Stefan Pakeerah, which authorities linked to the game, because it was found in his attacker’s room. MANHUNT and its severely censored sequel (it was hit with an AO – adults only – right out of the gate) was gruesomely violent and the boiling temperatures of its critics pretty much ended the franchise from proceeding further. But society, in all its animalistic nature, will always resort to violence to get its point across, and if there’s one thing we need, it’s to point the finger back at ourselves for the blood we shed in our great, shameful nation and a MANHUNT reboot would be a wonderful way to do it. 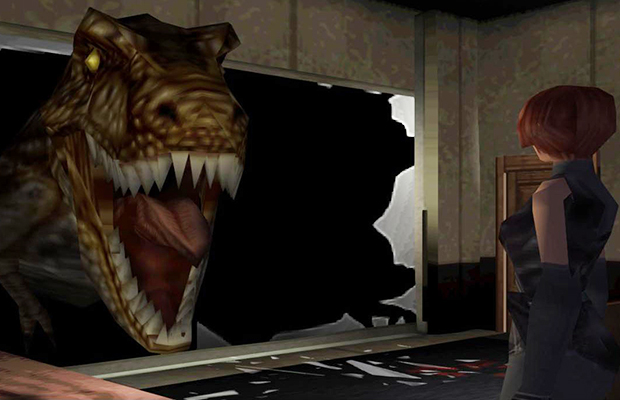 If Capcom wants to look to other series in their back-catalogue to revive for a remake/remaster, they should look towards DINO CRISIS, namely its 1999 inaugural entry in the prehistoric “panic horror” franchise. With all its hype in Electronic Gaming Monthly and Official PlayStation magazine, I was drooling and raving for a taste of terror. RESIDENT EVIL mastermind Shinji Mikami directed and created this taut, often scary blend of action, horror, and science fiction that followed the tale of tough gal Regina and her band of roughnecks that descend upon an island to secure a scientist working on an experiment that caused a rift in space and time that, as a resultant effect, allows dinosaurs to tear into our modern world and tear into the guts of the soldiers and scientists populating the halls of the facility. The game featured wonderfully-rendered locales, top-notch (for its time, anyways) cut scenes, a splendidly spooky score, and the logical and blessed progression of controls from the blocky and blunt tank controls of RESIDENT EVIL ’96.The cooler game mechanics were implementations like your character becoming injured and bleeding, which meant the dinos could sniff you out and kill you. This added to the thrill of survival and made things feel more on the edge of your seat than ever. Its sequel is a lesser title, sadly, leaning more into arcade-style gameplay (DINO CRISIS 2) and taking away the thrill of maneuvering down a darkened hallway, fearing that a raptor might be feasting on you as a three-course meal. Later games (I admittedly did not play) focused on mobile gaming (DINO CRISIS: DUNGEON IN CHAOS), light gun action (DINO STALKER), and eventually going to space (DINO CRISIS 3). With the love of horror at its all-time high, and dinosaurs proving to be a bankable sub-genre, the time is nigh Capcom – release Dr. Kirk and let him go nuts!