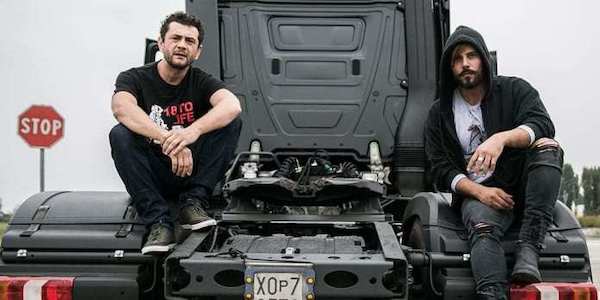 Every generation needs an epic road movie that helps define who they are. The only thing more exhilarating and truthful than going on a driving journey is being able to vicariously live through and enjoy a road movie that has adventure, drama, and a life-affirming thread woven throughout it. A film of this type can only achieve its goal through genuine conflict and powerful character development that resonates with the audience. Many amazing films come to mind when you look back at the rich history of these vehicular quests: ’60s had the legendary EASY RIDER (1969), KINGS OF THE ROAD (1976) solidified its place in the ’70s, the ’90s gave us MY OWN PRIVATE IDAHO (1991), and now director Simone Catania’s DRIVE ME HOME joins the ranks of these amazing films. 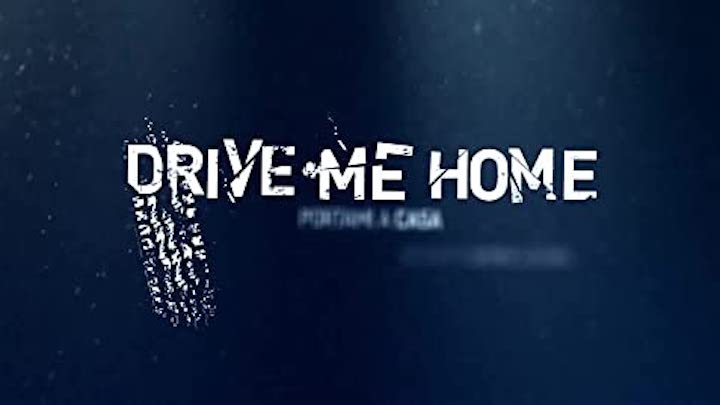 Growing up in a small town in Sicily, best friends Antonio (Vinicio Marchioni) and Agostino (Marco D’Amore) dream of getting out, seeing the world, and enjoying a life beyond what they already had. Over the years the two of them lose touch and drift apart. It’s only natural for childhood friends to find their own paths in life which don’t necessarily cross again later in the journey. 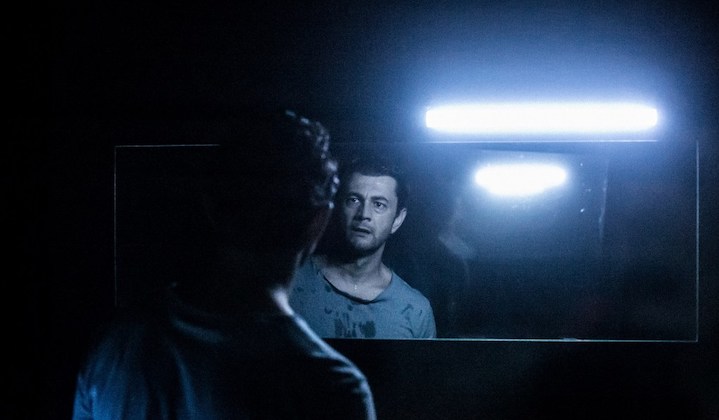 Now in their early thirties, Antonio seeks to reconnect with his boyhood chum, but it turns out that Antonio’s motivation isn’t exactly to catch up with an old friend. Antonio discovered that his home he grew up in is going up for auction and, while setting off a new truck excursion through Europe to get back to the home, new admissions and old differences rise to the surface. 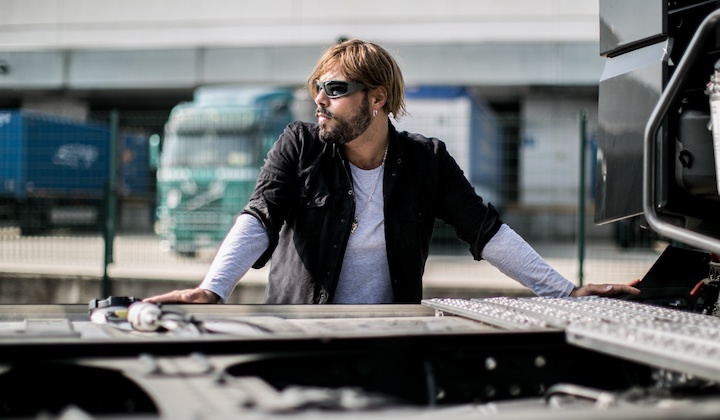 DRIVE ME HOME begins feeling like a coming-of-age story. I can always appreciate a good film depicting the growing pains of its main characters. The rural Italian setting was stunning captured perfectly in absolutely beautiful cinematography from Director of Photography Paolo Ferrari. It doesn’t take long to realize that this is a different type of tale that focuses on an almost second maturation via the road movie tropes as the audience is reintroduced with the main characters reuniting as adults. 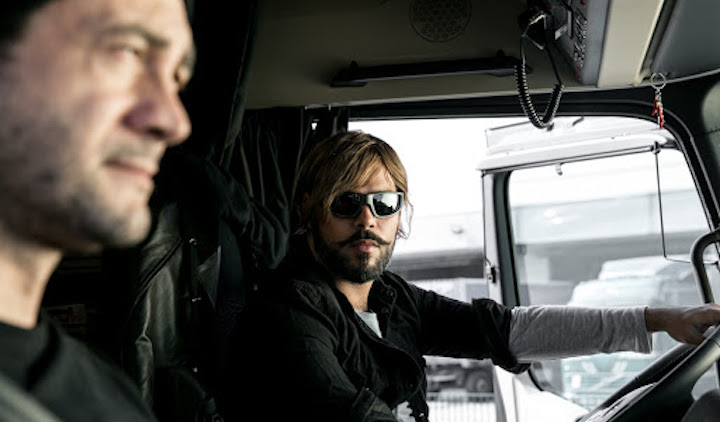 Through Antonio and Agostino’s adventures on the road together the audience sees the ways people change as they grow up and will probably recognize a lot of these evolutions in their own lives and relationships. Sometimes reconnecting isn’t the best idea. The duo have their ups and downs like any good friendship. But, at about the half hour mark, they go to a coed bathhouse which introduces a further wrinkle to their dynamic. 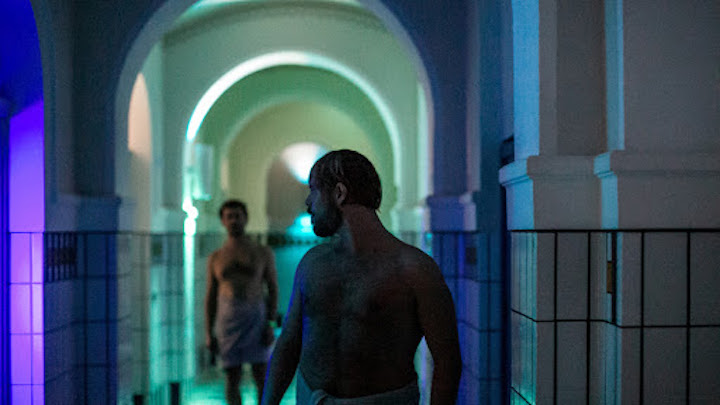 Seeing a gay friend and a straight friend having sex in the same hot tubs with different partners is a unique twist and modification that DRIVE ME HOME brings to the reunion road movie formula. Also, it is nice to see LGBTQIA+ themes in a film without it being the main focus or message but merely part of the life and the world. 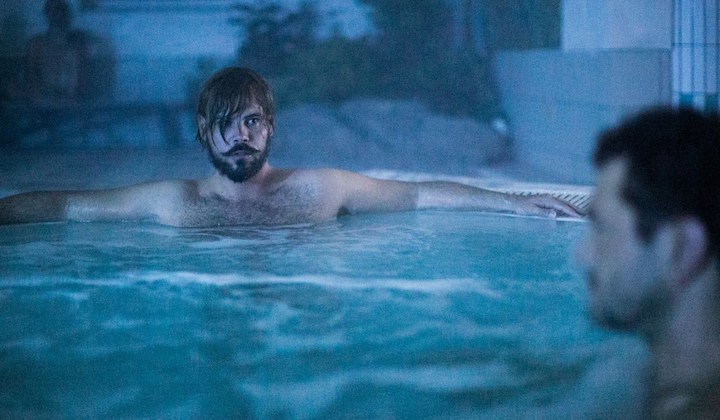 I appreciate that the dialogue and dynamics between the leads came across as genuine and recognizable. The central relationship never seemed forced or adhering to a predetermined blueprint of character tropes. Also, in a rare instance for films, DRIVE ME HOME portrays the realities of being a truck driver pretty accurately—including that, at one point, Agostino crashes his truck due to exhaustion and drug use. 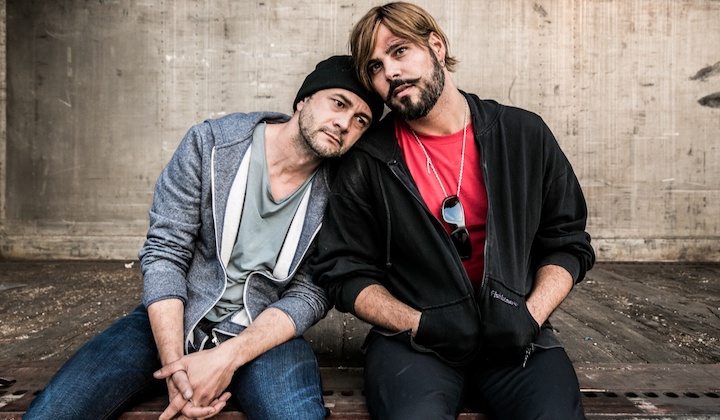 A little comedic relief could have elevated DRIVE ME HOME, to stand in contrast of the much more serious tones throughout the rest of the story. That aside, Catania (who also co-wrote the script Fabio Natale) has crafted an enjoyable, touching, and sincere film. The finale proves that true friends will always stand by you, no matter where life takes you; and for that I would definitely recommend DRIVE ME HOME.