It was a rainy, dark morning, and it was the first day I was starting a new job. My nerves were kicking into overdrive, and I needed something to settle them. So for the first time ever, I fired up a podcast, one which had glowing reviews in The AV Club’s collection of great audio shows, Podmass – We Hate Movies. The episode I chose covered content near and dear to my heart, a ranking of the FRIDAY THE 13TH franchise, I put the car into drive and drove towards a job that wouldn’t last more than two years (don’t worry, I turned it around), but with We Hate Movies and its four immensely talented hosts: Andrew Jupin, Eric Szyszka, Stephen Sajdak and Chris Cabin, I made an aural pact that would last forever. I went back to the beginning of WHM Prime (the nickname for all the episodes that reside on the main podcast feed) and moved forward through the good, the bad, and the ugly of cinema’s varying output, all the while coming to enjoy the company of these four gentlemen whose quirks became an endearing part of my drive-time commute. It was a daunting task, since at that point, there were over two-hundred some-odd episodes – but I persevered and caught up (and there’s still a ton of episodes I haven’t listened to yet, but thanks to the Patreon, I have access to all that). There are episodes that are gold right from the get-go (BRAINSCAN, CYBER SEDUCTION: HIS SECRET LIFE), episodes I disagree with (I do love JASON GOES TO HELL and THE MONSTER SQUAD, sorry fellas), and episodes I have been waiting for (FRIDAY THE 13TH ’09). As their tenth season rolls on, and as 2019 winds to a close, I’d like to tell you why, to my ears, they’re this year’s best podcast. 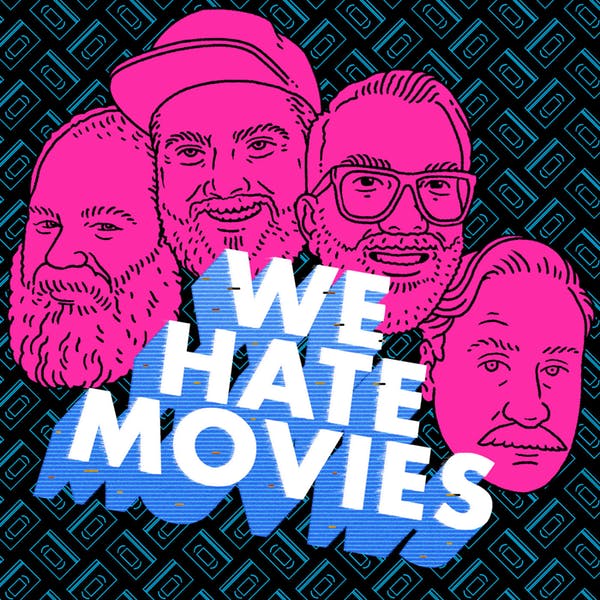 First, it’s all too easy to classify We Hate Movies as your standard “bad movies” podcast, but I disagree with that assessment. To me, We Hate Movies feels more like a serialized variety show where the purpose is to talk about a given movie title week after week, but its point is to entertain its audience and its hosts. There are impersonations galore: sad-sack misogynistic Jim Belushi, Jesse Ventura and his continued desperation to please his buddy “Arnie” Schwarzenegger, and Alex Jones’ many insane ramblings. The characters that they’ve created are just as good, like the naked-flesh-obsessed Martin Cinemax III, a testament to the lightning-fast improv skills of the gang. Many of the times I’ve gotten hit with gales of laughter is when the hosts make each other laugh, examples would be the Butterbiscuit runner in the episode on FREDDY’S DEAD: THE FINAL NIGHTMARE (it’s noted that in the movie that Tom Arnold looks like a fat horse) or the Steven Seagal/Edward Snowden/Gerard Depardieu buddy sitcom, The Ex-Pats on the JUNGLE 2 JUNGLE episode. The wind-up to these bits is often just as funny as the punchline, and the way that the hosts can bring them back in a completely different episode is a skill that few possess.

Where other bad movie podcasts have tried and failed is injecting their personas into whatever claptrap they’re discussing at that point, for We Hate Movies, this has never been an issue. There’s the brutally honest, but soft-hearted snark of Andrew Jupin, the low-key, sonically-precise black humor of Eric Szyszka, the ghoulish geek jocularity of Stephen Sajdak, and the cranky, contrarian criticisms of Chris Cabin. Each host brings together their individual identities into a complete Voltron of venom, where they will leave no patch of Earth unscorched in pursuit of taking a really bad movie to task (equally so when a movie offends them, like EASY RIDER: THE RIDE HOME). Though they are essentially strangers to us, and most listeners haven’t had the pleasure to meet them (fortunately I did during their fantastic Austin, Texas show on MAXIMUM OVERDRIVE), we feel like we know them because of how they blend in their fandoms of things like horror movies, arthouse films, and wrestling. Often, they ingratiate themselves to us during the monthly “Mailbag Episodes,” where they answer listener questions with humorous, humiliating anecdotes. Heck, I was even dunked on by the gang in my letter about visiting The Big Apple. I’ve even gotten them to contribute to Daily Grindhouse a few times, once when I talked about my favorite time in WHM listenership – the Halloween Spooktacular (which has my favorite Eric anecdote – “I think Chris Cabin is forcing me to watch a goddamn HELLRAISER movie and I am not happy about it”). 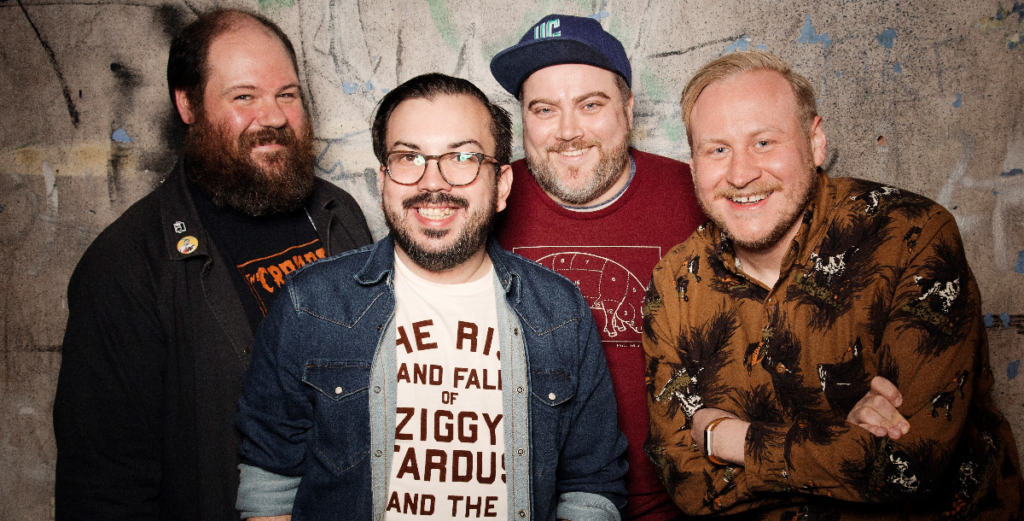 That’s a lot of wind-up to tell why 2019 has been a banner year for the boys. They’ve been inviting guests on the show, like Angelica Bastien to talk about the slimy sexy horror film, SPECIES, Jamelle Bouie on my beloved DEEP RISING or Griffin Newman and David Sims from the Blank Check Podcast to talk about, respectively PET SEMATARY and TERMINATOR: SALVATION. These guest spots allows for things to get shaken up in a good way and give the gang more diversity in their discussions. That’s not the only brilliant pivot they’ve made to their show – they’ve also added to their invaluable Patreon, “We Love Movies,” where every month they pick a title that they love dearly, like THE SHINING, THE TERMINATOR, or GOLDENEYE, which is an continued extension of last year’s successful We Love Movies tangent. That’s not to say that things are still sunshine and roses in the Main Feed for We Hate Movies, the poisonous barbs continue to fly for titles like FINAL DESTINATION, which has a hilarious gag about everyone “S’in” main character Alex’s “D” for saving their lives with his premonition about the plane crash. And if you don’t know what that means, ask your parents. There’s some classic Wahlberg womping on the stinker MILE 22, solid episodes on movies like BUFFY THE VAMPIRE SLAYER (with special guest, Joss “I Love Women” Whedon, an apt choice for episode 420 with DUDE, WHERE’S MY CAR?, BRIDE OF CHUCKY, and they boldly tackled the beloved FORREST GUMP. The remainder of 2019 looks to be a great one, with titles like DIE HARD WITH A VENGEANCE, THE ROCK, GREMLINS, THE EMPIRE STRIKES BACK, and RETURN OF THE JEDI getting the “We Love Movies” treatment.

As time passes, the world becomes an increasingly chaotic and catastrophic place, it’s good to know that there’s an eject button that people can use to just shut the noise out for a few blessed moments of aural pleasure, and that’s what We Hate Movies is good for. Some days we feel a little blue, and we don’t know what to do with that. We find comfort in familiar things, and that is what We Hate Movies means to me. I look forward to Tuesdays, so I can inject a little light in a potentially dark day. Give them a listen, and I promise that you won’t be “S’in” your “D” (shouting your dissatisfaction).