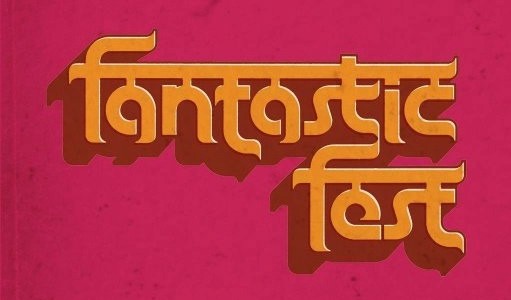 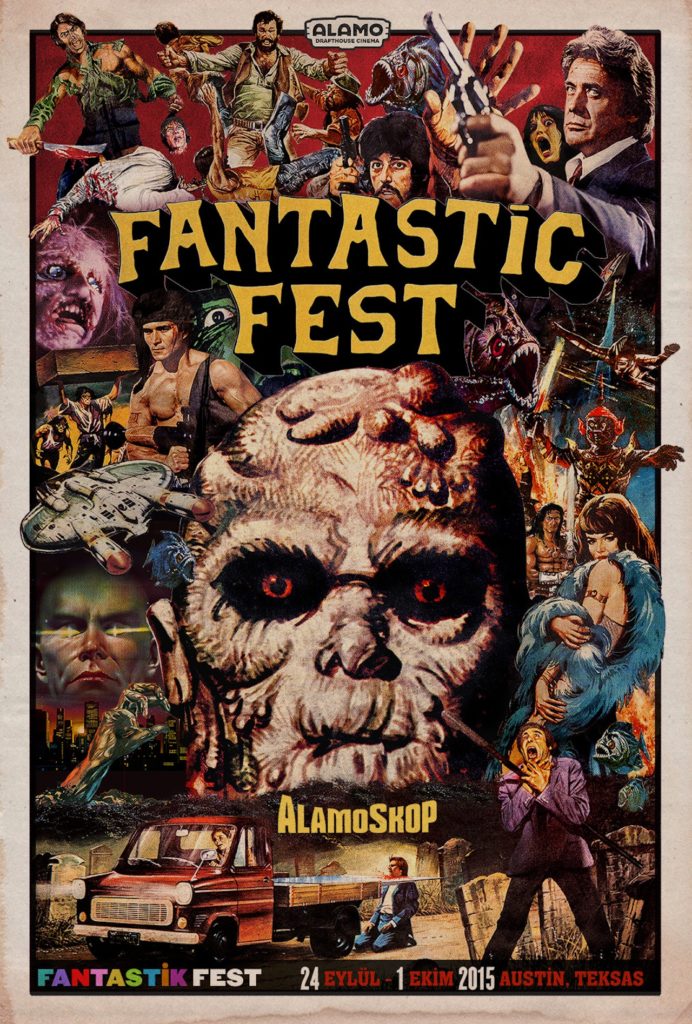 FANTASTIC FEST returns to Austin’s South Lamar Alamo Drafthouse September 22nd through the 29th for its twelfth year! Since its inception in 2005, FANTASTIC FEST has grown to be one of the largest and most important genre festivals in North America and almost certainly the most important festival of its kind in the United States. Every year the festival has hosted premieres of some of hardcore cinephiles’ most anticipated films from all over the world, and this year is no different. Here’s the list of my top 10 most anticipated films coming to this year’s fest in alphabetical order. 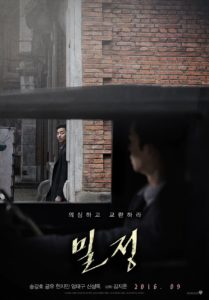 BRIEF SUMMARY: Korea, during the Japanese occupation. Police Chief Lee Jung-Chool is hunting members of the resistance under strict orders from the Japanese overlords. However, a chance encounter with Jung Chae-San will have him questioning his loyalties…

WHY I’M ANTICIPATING THIS: Jee-Woon Kim is back in Korea after his English language debut with THE LAST STAND (starring Arnold Schwarzenegger and Johnny Knoxville) barely got a theatrical release in the States. Maybe still best known in genre circles for directing 2003’s A TALE OF TWO SISTERS, Kim’s features THE GOOD, THE BAD, THE WEIRD (2008) and I SAW THE DEVIL (2010) both gave highly unique spins to familiar stories. The concept of him applying the same sensibilities to a 1920s period thriller is very exciting. 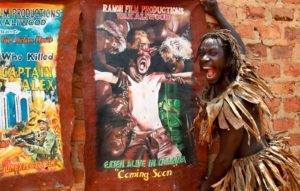 BRIEF SUMMARY: A mild-mannered doctor is trained in the art of ass-kicking commando vengeance by a no-nonsense ghetto kid named Wesley Snipes (!). This is only one of the many delirious action-packed stories that converge in this exuberant DIY extravaganza from the home of “da best of da best movies”: WAKALIWOOD, UGANDA!!!

WHY I’M ANTICIPATING THIS: I’m still kicking myself that I missed contributing to the Wakaliwood Kickstarter. WHO KILLED CAPTAIN ALEX? Is a jaw-dropping good time, and the idea of seeing something that enthusiastic and wild from the other side of the planet with a packed theater is basically the entire reason FANTASTIC FEST exists. I suspect this screening is going to get rowdy. 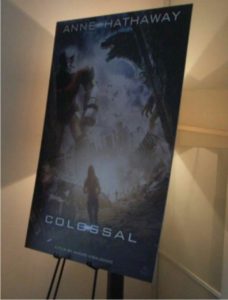 BRIEF SUMMARY: Fantastic Fest favorite Nacho Vigalondo (TIMECRIMES) wrings an extraordinarily potent allegory for personal responsibility and emotional toxicity in this witty and absorbing drama about an alcoholic (Anne Hathaway) who discovers an improbable connection between herself and a giant monster ravaging South Korea.

WHY I’M ANTICIPATING THIS: Vigalondo’s TIMECRIMES and EXTRATERRESTRIAL are two of my favorite genre features of the last 20 years, and this sounds like a return to the oddball approach to genre tropes of the latter. Only this time, amazingly, starring Anne Hathaway and Jason Sudeikis. 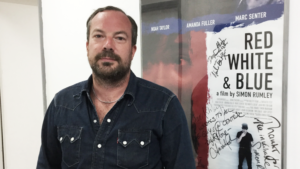 BRIEF SUMMARY: April and Eric own a clothing store together and are happily in love. April will have to rely on her fashion obsession for survival when everything unexpectedly crumbles after Eric makes a single destructive mistake.

WHY I’M ANTICIPATING THIS: Simon Rumley’s RED, WHITE, AND BLUE is one of the most harrowing films I’ve ever seen, and one of the absolute best meditations on revenge in modern cinema. His work has been consistently thoughtful and unsettling, even down to his contributions to recent genre anthologies. His previous directorial effort, JOHNNY FRANK GARRETT’S LAST WORD, has played festivals but still hasn’t seen a release in the States, and I honestly didn’t even know FASHIONISTA was in the works until I saw it on the festival schedule. I’m always going to be up for whatever terror Rumley has to inflict, and this is no different. 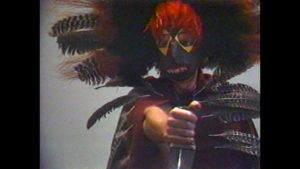 WHY I’M ANTICIPATING THIS: James Bryan may not exactly be a household name, but exploitation home video imprint Vinegar Syndrome helped get him a little time in the spotlight with their recent Blu-ray releases of his films DON’T GO IN THE WOODS (1981) and THE EXECUTIONER, PART II (1984). Bleeding Skull also released Bryan’s 1987 film RUN COYOTE RUN on a limited VHS, and they’re also the people who helped Bryan finally complete JUNGLE TRAP. Seeing this shot-on-video film on the big screen over 25 years after it was shot promises to be a once in a lifetime experience. 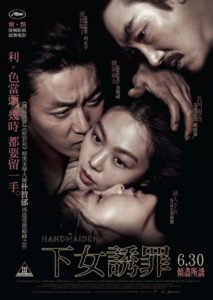 BRIEF SUMMARY: In the 1930s, country girl Sook-Hee is hired as a handmaiden to Japanese heiress Lady Hideko, who lives a secluded life with her uncle. However Sook-Hee is not what she seems… and neither is Lady Hideko, Count Fujiwara or Uncle Kouziki.

WHY I’M ANTICIPATING THIS: Like Jee-woon Kim, Chan-wook Park is following up his English-language debut with a return to his home turf. Also like Kim, Park’s STOKER didn’t make much of an impression on the box office here in the States, which is a shame—it’s a fascinating, singular film that unmistakably bears its directors fingerprints. Interestingly, like Kim’s AGE OF SHADOWS, THE HANDMAIDEN is another period thriller; it’s also an adaptation of Sarah Walters’s novel FINGERSMITH, which was previously adapted into a BBC miniseries. Park’s work is always exciting, and here he’s taking on something that seems wildly different from his previous work. 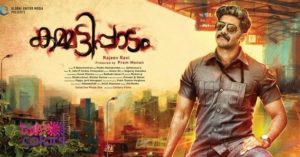 BRIEF SUMMARY: Aging gangster Krishnan returns to his hometown after receiving a distressing phone call from a friend, only to find that he’s picking up the pieces after thirty years of bloody gang war.

WHY I’M ANTICIPATING THIS: This is Rajeev Ravi’s third film in the director’s chair, but he’s an established cinematographer in India. Most notably, he’s worked with Anurag Kashyap on both GANGS OF WASSEYPUR (2012) and BOMBAY VELVET (2015), two crime epics that seem to have set the stage for this film. Like many Indian films, KAMMATTI PAADAM is a major investment of time at a full three hours, especially at a film festival where every screening slot is both precious and carefully spaced. Given Ravi’s track record, I’m willing to take the gamble that this is going to be something very special. 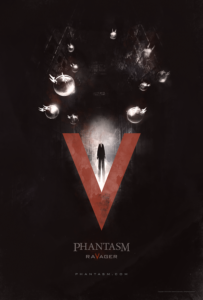 BRIEF SUMMARY: The fifth and final film in the classic PHANTASM (don’t forget to check out PHANTASM WEEK here at DAILY GRINDHOUSE!– Ed.) film series, PHANTASM RAVAGER follows our intrepid everyman hero Reggie on his quest across dark dimensions as he struggles to confront and vanquish the sinister Tall Man.

WHY I’M ANTICIPATING THIS: I don’t feel like I even need to say anything here. 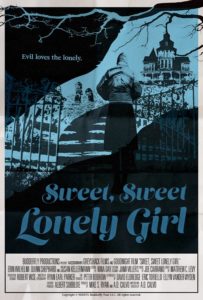 BRIEF SUMMARY: Adele is a friendless young woman living with her wealthy but agoraphobic aunt. She meets Beth and the two become fast friends, but Adele may be drawn to a darkness within her new companion, a darkness that threatens to overtake everything.

WHY I’M ANTICIPATING THIS: I’m a total sucker for the kind of autumnal, claustrophobic psychological thrillers evoked by this film’s intriguing trailer. It appears to evoke the same kind of references as Alex Ross Perry’s QUEEN OF EARTH, but maybe leaning more toward low-budget exploitation takes on the style of the period—more LET’S SCARE JESSICA TO DEATH than IMAGES. I was also a fan of Calvo’s film THE MISSING GIRL that played last year’s Fantastic Fest, so I’m excited to see what he’s done to follow it up. 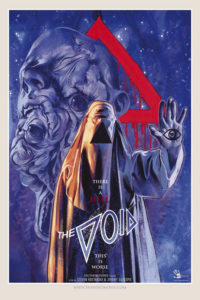 BRIEF SUMMARY: Trapped in a hospital with a handful of people, a small town sheriff finds himself caught up in the demented plot of a death-obsessed madman.

WHY I’M ANTICIPATING THIS: Jeremy Gillespie and Steven Kostanski are two of the mad geniuses behind Canadian comedy collective Astron 6, and THE VOID is their first feature-length attempt at a straight horror film. Given how unsettling a lot of their comedic output is, that’s actually a pretty terrifying prospect. They ran a successful Indiegogo a while back to raise funds to create an army of practical effects monsters, and I can hardly wait to see their hard work on the big screen.

In addition to the films, there will be more than enough for festivalgoers to do if they want to take a break from the movies. The fest is hosting a Satanic Panic escape room in the Highball lounge, which sounds fun but eats up some prime private room karaoke real estate. And of course there’s the Fantastic Feud, Fantastic Debates, the return of the Fantastic Arcade, Doug Benson’s Movie Interruption (this time for THE MONSTER SQUAD), and a kaiju-themed closing night party.

Stay tuned to DAILY GRINDHOUSE for our coverage of the fest live on the ground starting next week!