There’s a Twitter account called Eyes On Cinema, an aggregator of movie-related behind-the-scenes content. It has over 120,000 followers on that site, as well as an equally popular YouTube account. Each one of its posts regularly receives thousands of likes and retweets, going viral nearly each time. Earlier this year, Eyes On Cinema tweeted out some B-roll footage from the making of MAD MAX: FURY ROAD and the post blew up, thousands of film fans publicly marveling at how George Miller and his stunt team were able to pull off some outrageous feats. Thing is, if you were like me, you’d already seen that very clip (and more like it) if you watched the bonus features on Warner Bros.’ Blu-Ray release from the same year the film came out. As the post went more viral, it became apparent that a large number of people hadn’t seen the clip before—and this included people who own the movie.

Bonus features (or “extra features,” or “supplements”—whatever the distribution company wants to call them) have become a prerequisite part of the cinephile’s experience, so much so that they’re a bit taken for granted. They started life thanks to the folks behind The Criterion Collection as part of that organization’s endeavor to preserve and enrich the art of film. Criterion’s second-ever release in 1984, 1933’s KING KONG (on Laserdisc!), contained the first recorded commentary track for that or any film to date. As their releases continued, Criterion started to include other materials such as behind-the-scenes footage, publicity materials, concept art, and more. When DVD took over the home media market at the turn of the century, other boutique distribution companies such as Anchor Bay and Elite Entertainment began producing and releasing their own “special edition” versions of cult films, enough to catch the attention of the major studios. MGM and 20th Century Fox in particular started following suit, and soon all of Hollywood released their films on loaded DVDs, thanks in part to the format’s large storage capacity. It created a new era of home media where features like making-of documentaries, deleted scenes, alternate cuts, and multiple commentaries became the norm for even the most obscure titles. That ubiquitousness of bonus material is part of what cheapened their appeal, as the studios in particular shoved whatever content they could onto discs without much consideration, resulting in too many things like hours of actors confusedly wondering if they could spoil the movie during their commentary track or bland EPK-style recollections about how great making the film was. 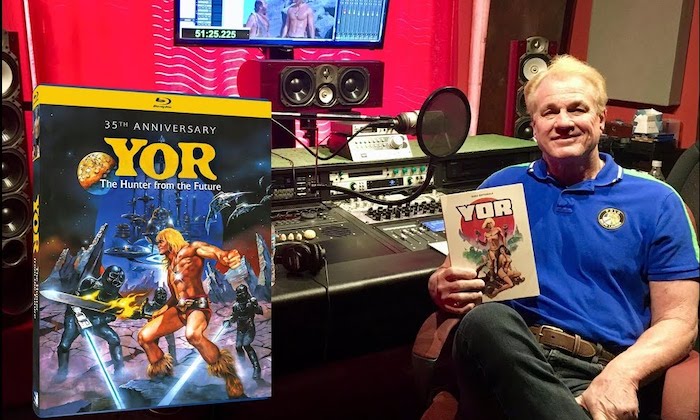 Now, with the rise of streaming, bonus features are starting to disappear. The recent launch of Disney+ sees the service adding an “Extras” tab to most of their offerings with a commentary or documentary here and there, but so many materials that were once on Disney’s Blu-Ray releases of the same films are nowhere to be found. Services like Netflix barely have any bonus materials available, and even VOD purchases of films on iTunes and other online stores have extras that could, as per the terms of service, be removed at any point (along with the “purchased” movie itself). There’s a lot of support on social media and the like for physical media to continue, but much of this concerns access to the films themselves. While preservation should absolutely be the primary concern, it does leave bonus features seeming once again like the unworthy chaff that can be separated from the wheat.

Supplemental material may indeed be of little interest to the average moviegoer, but to the cinephile (as well as anyone aspiring to be involved with any part of show business), they’re often invaluable. I can only speak from my experience, but bonus features have taught me more about cinema than any other source. While a film school course, book, or article can be well researched and presented, most bonus features are immediate, making them a bit of a master class on their own. I learned about proper screen acting technique from actor Richard Johnson’s comments on the commentary track for 1963’s THE HAUNTING. My first editing class wasn’t in college, but a feature found on Fox’s “5-Star Edition” DVD of DIE HARD (1988) from 2001. I had no idea how makeup effects teams working under Rick Baker, Stan Winston, or Rob Bottin did their work until the numerous interviews and features on them spread across various discs. More recently, I learned about the crazy amount of work a team of musicians put into the score for 1979’s APOCALYPSE NOW, the history of independent American production company BBS, and the certified parapsychologist interpretation of the real-life events behind THE AMITYVILLE HORROR (1979). As you can see, film isn’t the only topic covered by these materials. This depth and breadth is thanks to bonus features being made from the standpoint of respect for the film they’re supplementing. While sometimes this can devolve into overt fandom, most of the time it fosters a certain degree of admiration for the unlikeliest of genre films—for instance, I’m now an avowed fan of the 1988 Canadian schlock-fest THE BRAIN.

While physical media seems to be fading back into the realm of the collector and fan, I’m thankful that there are still bonus features being produced so as to keep the celebration and study of film alive. Production companies like Red Shirt Pictures and Ballyhoo Motion Pictures, distribution companies like Shout! Factory, Arrow Video, Criterion, and more, the major studios that self-release supplements, and the individuals who produce and do the research for them have my gratitude. Their work has enriched my work, both as an artist and an article writer, allowing me to find a little success of my own while taking part in a hobby of mine that has been a fascination for my entire life. While I don’t expect everyone’s habits with physical media to change, perhaps the next time you pop in that Criterion, give a commentary or a featurette a look. If the social media aggregator accounts have shown you some exciting material, who knows what hidden treasures are already on your shelf?